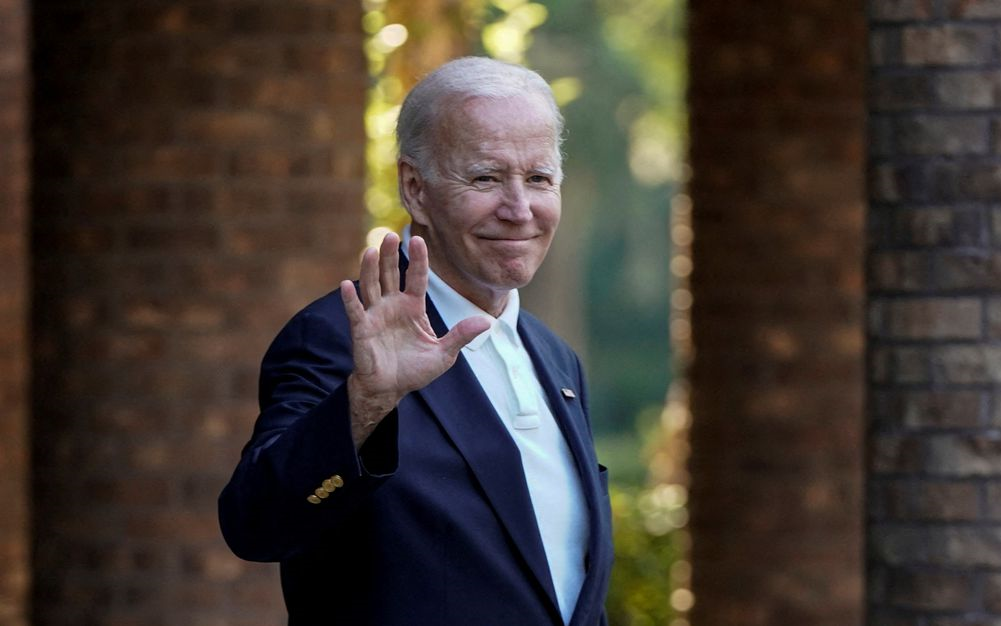 “Republicans are facing dimming prospects for an overwhelming sweep in the House this fall, according to independent analysts and strategists across parties, as Democrats defy a long-predicted red wave in early contests by capitalizing on abortion’s rise as a campaign issue and a renewed focus on former president Donald Trump,” the Washington Post reports.

Washington Post: “Thanks to Florida Republicans’ aggressive redistricting, the GOP is expected to gain several seats in Congress in this state alone. And most of those will be held by Trump-supporting Republicans, including some of the most far-right congressional candidates anywhere.”

Rep. Tom Emmer (R-MN), the chair of House Republicans’ campaign arm, sought to tamp down fears over the party’s special election loss in New York’s 19th district in a memo in which he called Pat Ryan’s (D) win a “quirk,” Axios reports.

New York Times: “Mr. Ryan’s victory in the 19th District of New York quickly topped the list of signs that the fall campaigns may be more competitive, in more places, than strategists in both parties had once anticipated.”

Ruy Teixeira: “Democrats will surely be happy for anything that delivers a relatively good election result in the current terrible national environment. It did not appear to bother them in 2020, nor does it appear likely to bother them in 2022, that their party’s character and coalition keep skewing toward white college graduates. Consciously or not, this is the track the party is currently on — the cultural left turn of the party makes no sense outside of that context.”

However: “That will change after Labor Day: SLF, which is controlled by allies of McConnell, is set to spend $156 million across those states, dramatically closing the gap with Democrats. In total, Republicans are set to spend $193 million, with the super PAC — which can collect and spend unlimited sums, as long as it does not directly coordinate with campaigns — picking up 80% of that tab. Democrats have booked $217 million worth of air time.”

“In an ad posted to Twitter on Thursday, Masters sought to portray his opponent, Sen. Mark Kelly (D-AZ), as the extremist on the issue while describing his own views as ‘commonsense.’”

“Just after releasing the ad, Masters’s campaign overhauled his website and softened his rhetoric, re-writing or erasing five of his six positions. NBC News took screenshots of the website before and after it was changed.”

PENNSYLVANIA U.S. SENATOR and GOVENROR. Franklin & Marshall College’s first poll since the parties selected their nominees in May finds Democrats up big in both statewide races. For Senate, Democrat John Fetterman leads Republican Mehmet Oz 45-36, while Democrat Josh Shapiro is winning by 48-36 over Republican Doug Mastriano for governor. Neither Republican has led in any public poll since winning their respective primaries.

“Mehmet Oz sees an opening to rescue his floundering Senate campaign: After largely refraining from making his opponent’s health an issue, the celebrity doctor has decided to go there,” Politico reports.

“Oz’s Democratic opponent, John Fetterman, suffered a stroke in May and since then, has largely avoided public events and been noncommittal about debates. Instead, he’s been relentlessly trolling Oz on social media and dominating the airwaves with campaign ads. Meanwhile, Oz has struggled to consolidate support from the conservative base, despite former President Donald Trump’s endorsement.”

“Until now, Oz — a TV physician popularly known as Dr. Oz — hasn’t directly made Fetterman’s health challenges an issue in the race. But in the last week, Oz has changed tactics.”

RHODE ISLAND GOVERNOR. On Thursday, Secretary of State Nellie Gorbea unveiled the first attack ad from any candidate ahead of the Sept. 13 Democratic primary but quickly found herself backtracking after citing a right-wing site as one of a few news headlines referenced to argue that her main rival, Gov. Dan McKee, was corrupt.

The ad substantively focused on an FBI investigation into McKee’s administration over a since-canceled education consulting contract with a business called the ILO Group before praising Gorbea for supporting small businesses and affordable housing, childcare, and eldercare. However, one of the headlines that appeared on screen, titled “A Blatant, Corrupt Power Grab by Rhode Island’s Governor,” referenced an opinion piece that ran in the right-wing National Review criticizing Mckee over his unrelated extension of pandemic emergency orders (the author of that piece had taken an anti-masking position and criticized the teachers’ unions).

Gorbea’s campaign took down the ad hours later following fierce criticism, but she said she stood by its accusation of pay-to-play politics in the governor’s administration and that her campaign would go back on the air with an edited version that removed reference to the National Review article (the campaign also had to make another edit after erroneously superimposing a WPRI-TV graphic over a WJAR station reporter discussing the ILO investigation). However, McKee and some of his prominent union supporters called on Gorbea to take the ad down entirely.

TEXAS GOVERNOR. For his first general election ads, Democrat Beto O’Rourke has released two spots (here and here) timed to coincide with Texas’ near-total abortion ban coming into effect on Thursday that hammer GOP Gov. Greg Abbott for signing the “most extreme” such ban in the nation, noting that there are no exceptions for rape or incest and providers face potential prison sentences and fines of $100,000.

MASSACHUSETTS GOVERNOR and SECRETARY OF STATE. The conservative Massachusetts Fiscal Alliance has released a poll from GOP firm Advantage, Inc. that includes matchups for the Sept. 6 primaries.

WASHINGTON U.S. SENATOR. Republican Tiffany Smiley is running two new ads on abortion that appear to be included as part of a new $648,000 ad buy, pushing back on recent Democratic attacks on the topic. Both ads feature Smiley sitting down while talking to the camera to tell voters she is “pro-life” but is opposed to a “federal abortion ban.” One of the ads also devotes half its run time to criticizing Democratic Sen. Patty Murray as an ineffective senator who is trying to scare voters, while the other sees Smiley also claim she’ll fight for women’s access to contraception, healthcare, childcare, and eldercare.

NEW MEXICO GOVERNOR. EDF Action has released a mid-July poll from Democratic firm GQR that found Democratic Gov. Michelle Lujan Grisham with a modest 48-44 lead over Republican Mark Ronchetti. There have been few publicly available polls here this year, but the handful that have been released have generally also found the governor narrowly ahead.

“The committee tasked with electing more Democrats to the Senate is reporting a $10 million haul in July, outpacing its Republican counterpart for the fourth month in a row,” NBC News reports.

“With less than three months until the November elections, the Democratic Senatorial Campaign Committee appears to be in a more formidable financial position, with $54.1 million cash on hand, well more than double the $23 million left in the National Republican Senatorial Committee’s account.”

Former President Barack Obama is jumping full-on into the midterms with a fundraiser for the Senate Democrats’ campaign arm, Axios reports.

Seth Masket: “I like to put together a little economic forecast model around this point in an election cycle. Not so much because I’m trying to predict what’ll happen — there are more sophisticated ways to do that — but because I want to get a sense of a baseline. That is, what are the fundamentals of this year? Once we know that, we can get a bit of a sense of how other variables — campaigning, candidate quality, etc. — are performing.”

“In 2022, however, what traditional forecast models are telling is wildly different from what everything else is telling us.”

“Democratic primary turnout for governors’ races increased between 2018 and 2022 in five of the eight states holding contested primaries after June, in the aftermath of the Supreme Court’s Dobbs decision,” Axios reports.

Sen. Joe Manchin (D-WV) is the least popular political figure in the new national NBC News poll, with just 11% of registered voters saying they had positive feelings about the West Virginia Democrat.