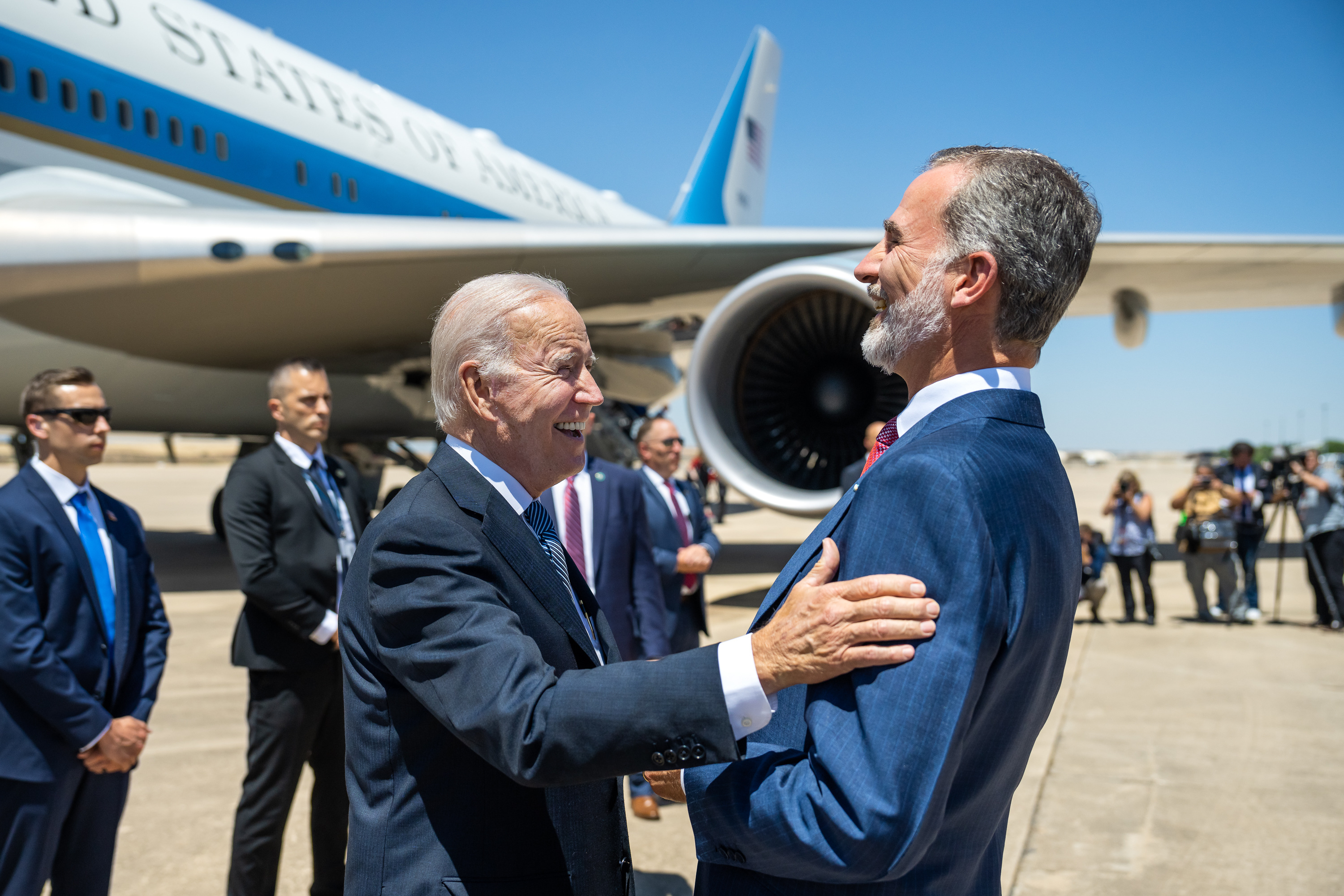 “Donald Trump is expected to seek the appointment of a special court official to determine whether materials that the FBI seized from his Florida resort can be used in a criminal investigation,” The Guardian reports.

“The motion would be the first formal legal action by the former president after federal agents last week confiscated about 30 boxes of highly-sensitive documents from his Mar-a-Lago resort in connection with an investigation into the unauthorized retention of government secrets.”

James Carville told The Hill that former President Donald Trump’s alleged mishandling of official documents could be the most significant story in a generation, with the potential to help transform the midterm elections.

Said Carville: “This Mar-a-Lago story … might be the biggest story since 9/11.”

“An associate of Rudolph Giuliani, President Donald Trump’s personal lawyer, tried to pass a message to Mr. Trump asking him to grant Mr. Giuliani a ‘general pardon’ and the Presidential Medal of Freedom just after the Jan. 6 attack on the Capitol,” the New York Times reports.

“The associate, Maria Ryan, also pleaded for Mr. Giuliani to be paid for his services and sent a different note seeking tens of thousands of dollars for herself, according to the book, Giuliani: The Rise and Tragic Fall of America’s Mayor, by Andrew Kirtzman, who had covered Mr. Giuliani as a journalist.”

Michigan gubernatorial hopeful Tudor Dixon (R) said she opposes abortion in cases of rape – even when the victim is a child – because of the “bond” that the mother and child will eventually enjoy, Mediaite reports.

Said Dixon: “I’ve talked to those people who were the child of a rape victim and the bond that those two people made and the fact that out of that tragedy there was healing through that baby.”

New York Times: “Pennsylvania Republican officials who had warned that Mr. Mastriano was unelectable have largely closed ranks behind him, after he proved to be the overwhelming choice of base Republicans.”

So they are abandoning the Turkish celebrity and embacing the Nazi. That seems on brand for the GOP.

“Republican Senate hopefuls are getting crushed on airwaves across the country while their national campaign fund is pulling ads and running low on cash — leading some campaign advisers to ask where all the money went and to demand an audit of the committee’s finances, according to Republican strategists involved in the discussions,” the Washington Post reports.

“In a highly unusual move, the National Republican Senatorial Committee this week canceled bookings worth about $10 million, including in the critical states of Pennsylvania, Wisconsin and Arizona.”

New York Times: “In a twist befitting two of the wealthiest districts in the United States, the races could well be won or lost miles outside the city, in places like the Hudson Valley, the Berkshires and, above all, the sandy coast of eastern Long Island, where otherwise reliable voters like Ms. Segall decamp in droves each August to spend the final weeks of summer in second homes and vacation rentals.”

“That reality has prompted an unusual and expensive shadow campaign — complete with beach-themed mailers, sophisticated geolocation tracking for tailored ads targeting second homes and at least one Hamptons swing by Ms. Maloney — to see who can prod more of their would-be supporters off their beach chairs and back to the city, or at least the local post office.”

Milwaukee Journal Sentinel: “Weeks after saying Social Security and Medicare should be subjected to annual budget talks — a stance that caused political blow back from his foes — Johnson once again weighed into America’s signature social insurance program.”

“During a Wednesday campaign stop in Rice Lake, Johnson said Social Security ‘was set up improperly” and that the system’s funds would have been better off invested in the stock market.”

“The daughter of Alexander Dugin, a far-right Russian nationalist who helped shape the ideas behind President Vladimir Putin’s invasion of Ukraine, was killed Saturday when the car she was driving exploded near Moscow,” the Washington Post reports.

New York Times: “There was no immediate claim of responsibility for the incident. Russian news media said that associates of Mr. Dugin believed that he, not his daughter, was the target.”

Associated Press: New coronavirus cases reported globally dropped 24% in the last week, according to the WHO. While global Covid-19 deaths fell 6% last week, they rose in the Western Pacific and Southeast Asia by 31% and 12% respectively.

Politico and STAT News: People who’ve had Covid-19 face an increased risk of psychotic disorders like “brain fog,” psychosis, seizures, and dementia for at least two years, according to a large-scale University of Oxford study. The findings, based on the records of more than 1.25 million patients, show increased rates of neurological and psychological problems higher than after other types of respiratory infections. Last year, researchers reported that 1 in 3 patients experienced mood disorders, strokes, or dementia six months after Covid-19 infection.

CNN: The Biden administration will make an additional 1.8 million doses of the monkeypox vaccine available, allowing states and localities to start ordering more vaccine doses sooner than originally planned. The Department of Health and Human Services is also preparing an additional 50,000 doses of the antiviral treatment to help those who have already tested positive for monkeypox. More than 13,500 cases of monkeypox have been confirmed in the U.S.

The new three-legged stool of Republican politics are fascism, cronyism (though that one’s kind of a classic), and lawlessness. We have known for a while that Arizona GOP gubernatorial nominee Kari Lake, a former news anchor and Trump disciple, is a full-blown conspiracy theorist who campaigns on the Big Lie daily. She also just endorsed Oklahoma state Senate candidate Jarrin Jackson. Jackson isn’t a high-profile name, but his soundbytes have garnered attention for their full-throated fascism. He has said being gay is “disgusting,” and called it “a gateway to pedophilia.” He said he’s not “beholden to Jews” and in February posted that “The Jews, Illuminati, Covid shots kill. Rothschilds. Communists. Woke pastors. Social gospel. Christ will chuck a bunch of stuff in the fire.” The woman who endorsed this could be the highest-ranking state official in Arizona.

New disclosures show that faux-populist and guy-who-thinks-women-aren’t-people Ohio Republican senate nominee JD Vance has structured his income almost entirely to exploit the carried-interest tax loophole, a provision that solely benefits the super-rich. This from the guy who has spent the past five years railing against “elites.” Drain! The! Swamp! As we covered the other day, Vance and Gov. Ron DeSantis (R-FL) plan to force all press at their upcoming rally to turn over their recordings to be “inspected” by Charlie Kirk’s journalistic gestapo Turning Points Action before leaving the event.