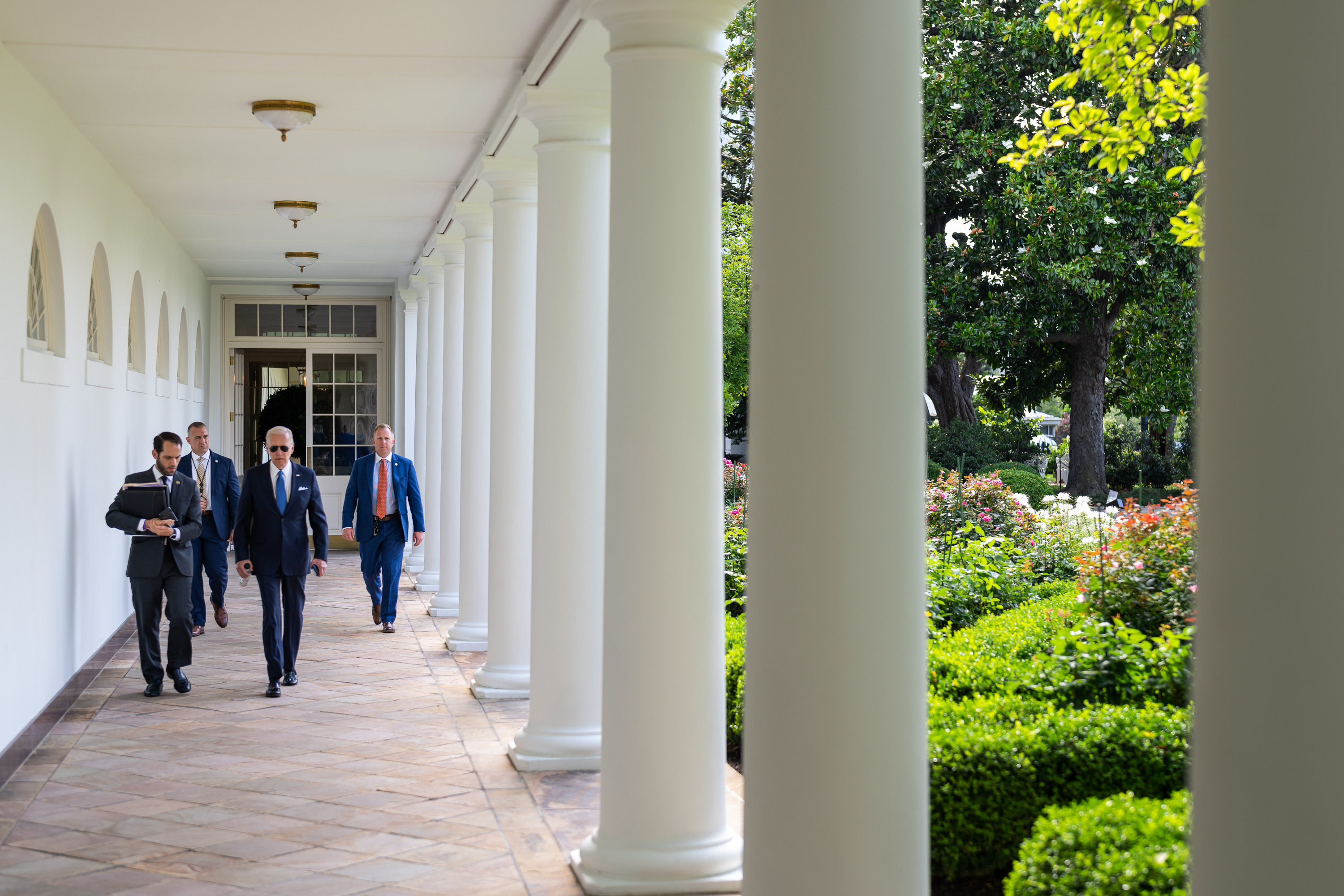 NBC News: “Everything that’s occurred since that Bedminster, New Jersey, meeting — and since federal agents seized a trove of top secret and other highly classified documents from his resort — has put Trump exactly where he and his supporters want him to be, according to people close to him. He’s in a fight, squaring off with Washington institutions and a political establishment he says are out to get him, issues he brought up in the meeting with the lawmakers and in conversations with others.”

“Taken together, it’s reoriented Trump’s thinking about whether he should announce a presidential campaign before or after the midterm elections, according to those who have spoken with him over the past two weeks. They said Trump feels less pressure to announce early because viable challengers who might otherwise force his hand have faded into the background.“

“Trump is now inclined to launch his candidacy after the November elections, in part to avoid blame should an early announcement undermine the GOP’s effort to win control of Congress, said one person close to him, speaking on condition of anonymity to talk more freely.”

“Xi’s request in a July 28 call with Biden, described by a senior White House official who spoke on the condition of anonymity to discuss a sensitive conversation, followed myriad warnings Chinese officials made to U.S. counterparts of what China might do in retaliation for Pelosi’s visit to the self-governing island that Beijing considers part of its territory.”

“But Biden told Xi he could not oblige, explaining that Congress was an independent branch of government and that Pelosi (D-Calif.), as with other members of Congress, would make her own decisions about foreign trips, the official said. Biden also warned Xi against taking provocative and coercive actions if the House speaker were to travel to Taiwan, the official said.”

“Former President Donald Trump on Friday threatened a “major motion” involving the Fourth Amendment over the FBI search of his Mar-a-Lago home,” the HuffPost reports.

Said Trump: “A major motion pertaining to the Fourth Amendment will soon be filed concerning the illegal Break-in of my home, Mar-a-Lago, right before the ever important Mid-Term elections. My rights, together with the rights of all Americans, have been violated in a level rarely seen before in our County.”

Jeffrey Isaac: “The MAGA adherents who bedeck themselves in the symbols of the Revolution imagine themselves to be zealous patriots, modern-day Sons of Liberty and Minutemen at Lexington and Concord, standing against tyranny. The MAGA fanatic who died in a shootout last week after he attacked the FBI field office in Cincinnati said as much, referring to ‘patriots’ in his postings to Trump’s Truth Social website and replying to MAGA superstar Marjorie Taylor Greene that ‘the next step is the one we used in 1775.’”

“The irony here is that the real-life American revolutionaries were avowed enemies of monarchy, while today’s wannabe revolutionaries have as their leader and hero Donald Trump, the most arrogant, monarchical president in U.S. history, a man who truly imagines himself to be beyond the law that applies to everyone else.”

Timothy O’Brien: “Jared Kushner’s new private equity firm got $2 billion from Saudi Arabia because maybe that’s how you can cash in when your investing experience is slender but your father-in-law may wind up back in the White House. It’s also possible that you can get billions for a firm with no track record because the White House did favors for the Saudis when your father-in-law still occupied the Oval Office.”

“It’s probably a mix of both. Regardless, it’s certainly not a reflection of Kushner’s investing prowess.”

“A woman who flew to Washington, D.C., ahead of the Jan. 6 riot on a private jet and threw media equipment outside the U.S. Capitol during the insurrection pleaded guilty on Thursday,” Axios reports.

“Streaming has officially topped cable as the most popular method by which Americans consume television content, according to new data from Nielsen,” Axios reports.  This has big implications for political advertising.

“Europe’s worst drought in years has pushed the mighty river Danube to one of its lowest levels in almost a century, exposing the hulks of dozens of explosives-laden German warships sunk during World War Two near Serbia’s river port town of Prahovo,” Reuters reports.

“I believe in executive privilege. I think it matters. But I also think that when the country has been through something, as grave as this was, everyone who has information has an obligation to step forward. So, I would hope that he will do that.” — Rep. Liz Cheney (R-WY), in an interview with ABC News, on whether Mike Pence should testify before the January 6 Committee.

“Contributions totaling $5 million to Donald Trump’s charity in 2007 and 2009 were among $19.6 million in unrecorded company expenses Vince McMahon paid out before he stepped down from World Wrestling Entertainment Inc. amid misconduct allegations,” the Wall Street Journal reports.

A Wisconsin judge found that former Supreme Court Justice Michael Gableman’s taxpayer-funded review of the 2020 presidential election that has not produced any evidence of substantive voter fraud “accomplished nothing,” the Milwaukee Journal Sentinel reports.

From the ruling: “It recorded no interviews with witnesses… It gathered no measurable data… It organized no existing data into any analytical format… It generated no reports based on any special expertise.”