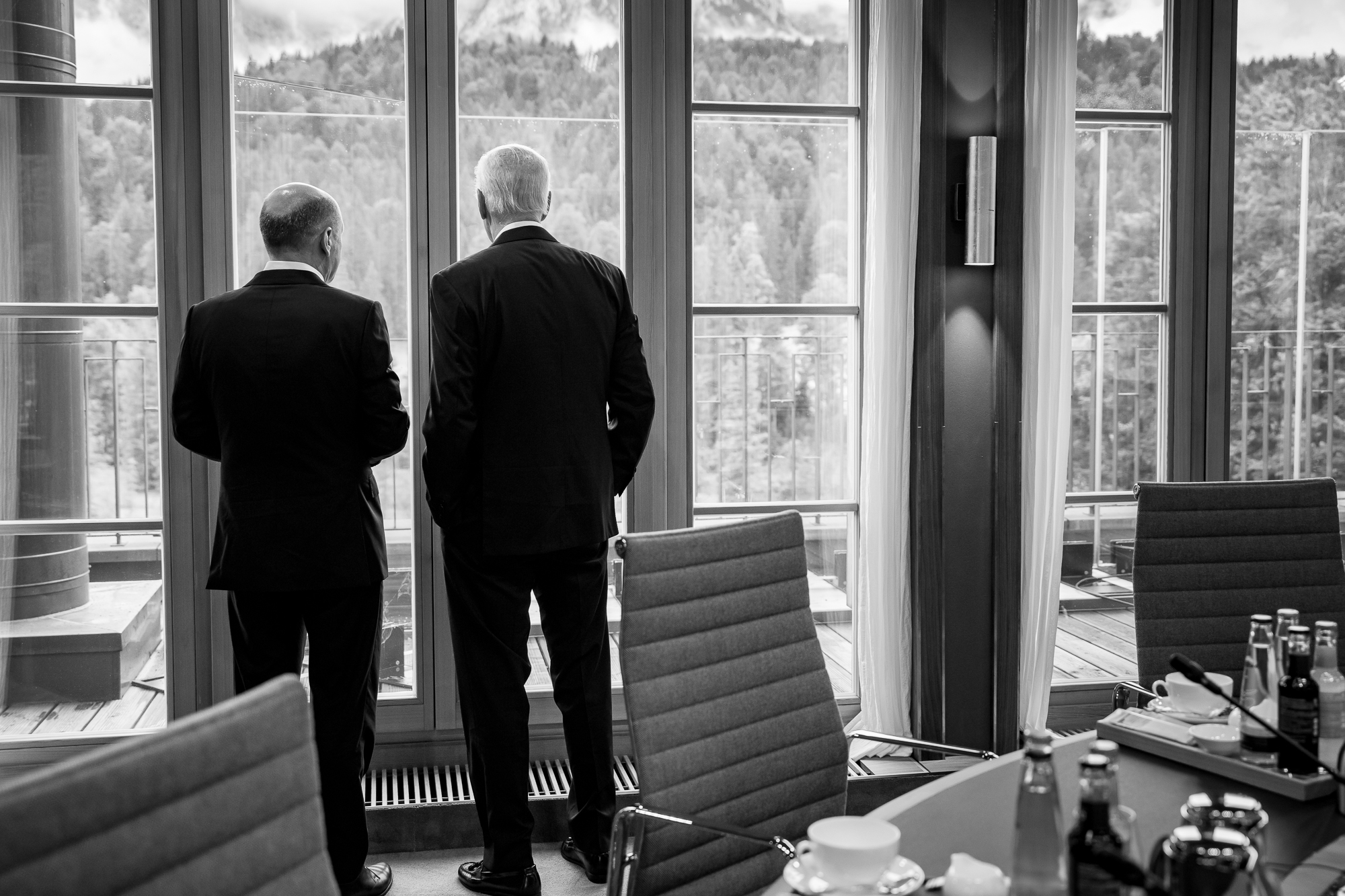 Josh Marshall: “First, churlish as it may be to say, if all your candidates are struggling, it’s probably not a wave year for your party. Maybe I’m out on a limb here. But that would be my take. But I think what we’re seeing here is that for the last year Republicans (and frankly many Democrats too) have been operating on the assumption that history, inflation and COVID fatigue guaranteed a GOP wave in which it hardly mattered what candidate you ran. As for pummeling Democrats during their primaries, how much money do you need to spend defining Democrats who are about to go down to 10 point to 20 point margin defeats?

I do not want to be guilty of the same overconfidence I’m mocking. Republicans are still favorites to win at least the House. But Republicans have spent upwards of a year seeing the 2022 midterm as all but a formality and foregone conclusion. You can see that in candidate recruitment, candidate spending decisions and even candidate vacation policies. Inflation was their silver bullet. They took the election mostly for granted. And when the tide began to shift, even if only to a limited degree, they weren’t really prepared for it.”

Democracy Protection PAC, a group that was formed in May, is spending at least $230,000 on a TV ad for next week’s Democratic primary attacking Rep. Carolyn Maloney’s past skepticism about vaccines. “She’s promoted debunked studies linking autism to vaccines,” says the narrator, adding, “And she’s even tried to use $80 million of stimulus money for anti-vaccine research.” The spot, which represents the largest outside expenditure of the race by far, does not mention either of Maloney’s main intra-party foes, fellow incumbent Jerry Nadler or attorney Suraj Patel.

This topic has been used against Maloney before, though this appears to be the first time anyone’s aired a TV commercial about it. In their primary battle two years ago, Patel put out a web video that makes many of the same charges that this ad makes now.

The HuffPost that year took a look at Maloney’s history, including how she cosponsored a 2007 bill that would ban using ​​mercury-based chemicals in vaccines even though there were already numerous studies showing there was no link between vaccines and autism. The next year, Maloney spoke at a “Green Our Vaccines” rally headlined by anti-vaxxer celebrities Jenny McCarthy and Jim Carrey, whom she commended for “all they have done to protect our nation’s children.”

Maloney in 2009 additionally co-authored a letter to the Department of Health and Human Services asking it to use some of the $300 million in stimulus funding intended for buying and distributing vaccines for a study comparing autism rates among vaccinated and unvaccinated populations. As recently as 2015, she cosponsored a bill to require the National Institutes of Health to conduct this research and “determine whether exposure to vaccines or vaccine components is associated with autism spectrum disorders, chronic conditions, or other neurological conditions.”

In 2020, Maloney’s team pushed back on Patel’s criticism by insisting, “The Congresswoman’s record as a fierce advocate for science-based policy, for universal health care and vaccinations, and for oversight of the Trump administration’s many abuses, more than speaks for itself.” The incumbent ended up holding Patel off that year, but only 43-39.

That campaign, though, hardly put the issue to rest. Earlier this month, Maloney appeared on a podcast hosted by the Gotham Gazette’s Ben Max, who asked her about her past statements suggesting a link to vaccines and autism. “I regret any statement I ever made asking a question about vaccines,” she replied, continuing, “There were two bills that I co-sponsored that studied them. I regret asking to study vaccines.”

Maloney also took issue with Nadler’s team for labeling her “a leading anti-vaccine voice in Congress.” She argued, “At the time there were some questions … Now it has been proven that there is no problem, and to ask a question 20 years ago―I follow the science.”

NEW YORK 19TH CD. “A special election here next week could offer Democrats a preview of the pain coming their way in November. Or it could provide powerful evidence that a Republican wave election is not in the offing,” Politico reports.

“Both parties are dumping money into this Hudson Valley district to notch a short-lived but symbolic victory in the last competitive race before the midterms. The winner will succeed Democrat Antonio Delgado for just a few months. But the messaging, turnout and margin of the contest will offer tea leaves into what lies ahead this fall in the battle for control of the House.”

“As Rep. Liz Cheney (R-WY) contemplates her next move after losing the Republican primary in Wyoming this week, Sen. Mitt Romney (R-UT) says he wouldn’t encourage her to run for president,” the Deseret News reports.

Said Romney: “I’m not going to encourage anyone to run for president. I’ve done that myself, and that’s something I’m not doing again. I don’t know if she really wants to do that. She would not become the nominee if she were to run. I can’t imagine that would occur.”

He noted that Cheney might run for other purposes but added: “I’m not in collaboration with that effort.”

“Steen is endorsed by former President Donald Trump… At the core of Steen’s campaign is the effort to decertify the 2020 election results in Wisconsin, something Trump has continued calling for despite a consensus among election law experts that this would be unconstitutional.”

FLORIDA 1ST CD. While wealthy businessman Mark Lombardo has used most of his ads to remind GOP primary voters about the ongoing federal sex trafficking investigation against incumbent Matt Gaetz, his new commercial speculates without evidence that Gaetz is “the informant” who talked to the FBI ahead of its Mar-a-Lago search.

The narrator begins, “When Trump really endorses someone, he goes big. You’ve seen none of that for lying Matt Gaetz.” After asking what Trump knows about the congressman, she continues, “Is Gaetz the informant? Gaetz hired Jeffrey Epstein’s attorney. Another Epstein attorney approved the raid on Trump’s house.” The commercial tries to bring it back to Gaetz by arguing, “Remember, Gaetz pressured Trump to give him a pardon, but Trump said no.”

Gaetz, for his part, is airing his own spot that utilizes clips of Trump and Gov. Ron DeSantis praising him to the stars. While this piece is unlikely to generate anywhere near as much attention as Lombardo’s commercial, more viewers in this Pensacola-area district may see it on their televisions: NBC reports that the incumbent has so far outspent his self-funding opponent $1 million to $400,000 on TV.

The first poll, by the Tarrance Group for the McCarthy-aligned Congressional Leadership Fund, has Mowers beating Leavitt 37-13 with 10% for state Rep. Tim Baxter, 8% for former TV reporter Gail Huff Brown, and 6% for former state Executive Councilor Russell Prescott. The second poll by co/efficient on behalf of the conservative-leaning NH Journal has Mowers ahead by a similar 31-16 margin while Baxter earned 9%, Brown took 8%, and Prescott notched just 3%.

These two polls stand in sharp contrast with a recent Saint Anselm College survey that found Mowers ahead of Leavitt just 25-21.

NEW YORK 10TH and 12TH CD. Donald Trump tried to troll Democrats in the 10th and 12th Districts on Wednesday evening by “endorsing” Dan Goldman, who was the House Democrats’ lead counsel during his first impeachment, and Rep. Carolyn Maloney in their respective Aug. 23 primaries. Trump also sarcastically praised Maloney’s main foe, fellow incumbent Jerry Nadler, writing, “You can’t go wrong with either, but Carolyn Maloney is the better man.” Congresswoman Maloney and Goldman both responded by making it clear how much they despised Trump, with Goldman calling it “a pathetic attempt at fooling Democrats who are far smarter than Trump is.”

Rivera is also getting some late support in the final days from Nuestro PAC, a group devoted to reaching out to Latino voters. The PAC is spending $500,000 on a TV and digital effort for Rivera, who like most of the field has not been airing TV spots herself in the ultra-expensive New York City media market.

“Though he’s not on Twitter anymore, Donald Trump still knows how to troll,” the New York City Daily News reports.

NEW YORK 22ND CD. NBC reports that the Congressional Leadership Fund is spending another $170,000 to boost businessman Steve Wells in next week’s Republican primary on top of the $350,000 it’s already deployed on his behalf. Wells faces Navy veteran Brandon Williams, who has brought in considerably less money, for the nomination in a Syracuse-based seat Biden would have carried 53-44.

A pair of unusual campaign finance reports this week reveal that since 2019, Rep. Madison Cawthorn (R-NC) “has personally invested a total of $817,000 into his campaign, while recovering only $261,000 of that amount,” the Daily Beast reports.

FLORIDA 13TH CD. St. Pete Polls, surveying on behalf of Florida Politics, shows 2020 nominee Anna Paulina Luna with only a 37-34 lead over attorney Kevin Hayslett ahead of Tuesday’s Republican primary; another 14% goes to Amanda Makki, who lost the nomination to Luna two years ago. The Trump-endorsed Luna has long looked like the favorite to advance to the general election for this newly-gerrymandered St. Petersburg seat, but the primary has gotten expensive and nasty over the last few weeks.

Stand for Florida, a PAC that was set up in February, has spent over $2 million on ads promoting Hayslett or going after Luna, while her allies at the Club for Growth have deployed a similar amount to take down Hayslett. Luna’s side has emphasized her support from Trump and focused on Hayslett’s 2016 social media posts criticizing the MAGA leader. Hayslett in turn has used an old clip of Luna saying, “I always agreed with President Obama’s immigration policies” and favoring a “pathway to citizenship.”

The group says that each challenger “signed the U.S. Term Limits Pledge and supports term limits” while the incumbent feels the opposite way. The Florida poll did not mention state Sen. Annette Taddeo, whom the DCCC is supporting in next week’s primary.