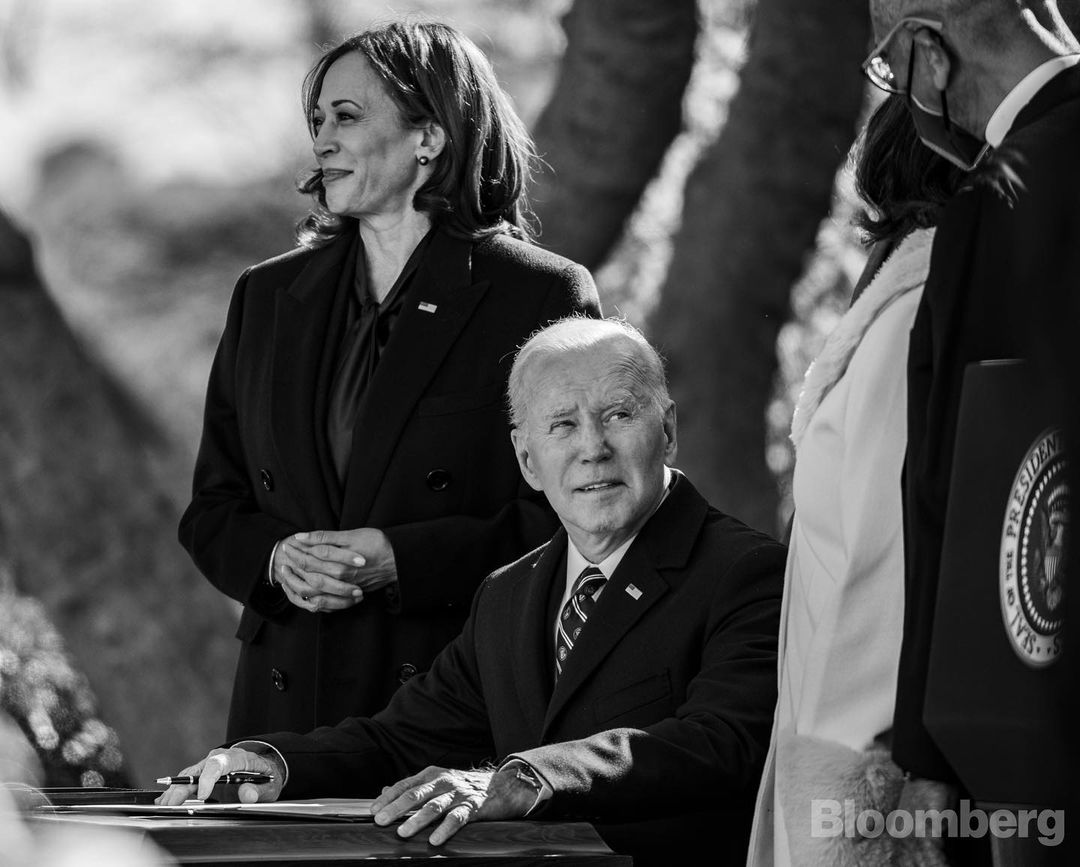 Gallup: “Nearly four in 10 Americans, 39%, say they have felt the urge to organize or join a public demonstration… In the wake of the U.S. Supreme Court’s decision eliminating abortion as a constitutional right and returning abortion policy decisions to individual state governments, 31% of those who have expressed a desire to protest name the abortion issue as their greatest motivation to do so.”

“Beyond abortion, the issues now mentioned most as reasons to demonstrate are law enforcement or Black Lives Matter (22%), women’s rights (19%), civil or equal rights (11%), and government or political issues (10%).”

David Byler: “Trump used to take positions that helped him stand out from other leading Republicans. But he hasn’t done that in 2024. He is focused on the ‘big lie’ — an issue that’s less potent than it appears — and allowed Trumpian alternatives such as DeSantis to gain ground.”

“Trump once had an exclusive claim on key issues. Now, he doesn’t.”

“When Trump first ran for president in 2016, he took an unusual, three-pronged approach: He zoomed to the right on immigration, tacked toward the center on economics and attacked the GOP establishment at every opportunity. He distinguished himself from a field crowded with traditionally conservative career politicians — and he won the nomination.”

“But since then, Trump has lost his unique claim on each part of this approach.”

Tara Palmeri: “Last month I reported that veteran G.O.P. strategist (and former DeSantis hand) Susie Wiles was the lead contender to run Trump’s 2024 campaign. Wiles, who currently oversees his political operation, was a natural contender. She’s a steady presence whom Trump trusts implicitly after she orchestrated his two electoral victories in Florida. In fact, Wiles probably has one of the most air-tight reputations in Trumpworld, a place without an H.R. department.”

“Lately, however, another name has emerged as a possible outside candidate to run Trump’s campaign—Kellyanne Conway. The former White House aide, whose marriage and domestic life became crossover TMZ fodder, was in the Trumpworld doghouse a few months ago on account of a passage in her memoir, Here’s the Deal, in which she acknowledged that Trump did not win the 2020 election. Conway also faced some heat when her preferred candidate for the Nebraska gubernatorial race, Charles Herbster, lost his primary even after receiving Trump’s endorsement. Not good for his scorecard.”

“Nevertheless, multiple sources in Trump’s inner circle tell me that Conway is back in his good graces and, as she made clear in her book, she was not happy to be sidelined from the 2020 race by former campaign manager Brad Parscale.”

“Former President Trump’s political operation is fundraising off of his plan to radically remake the federal workforce,” Axios reports.  “Fundraising appeals invoking the plan on Thursday indicate the Trump team sees it as a potent messaging device for its grassroots supporters.”

Bill Lueders: “Trump, who typically addresses me as ‘Friend,’ has also offered me a chance to obtain a ‘Let’s Go Brandon’ flag for the same low price of $45, or about ten times what either item likely costs to produce. Alas, his merch website does not currently seem to stock ‘Let’s Go Brandon’ T-shirts, previously available.”

“The pitches for the hat—which I am increasingly skeptical is being offered just to me—all use the same language: ‘Biden is an absolute DISASTER and is ruining our country. Make sure everyone knows where you stand by proudly wearing this hat.’”

“A startling number of lawmakers in President Biden’s own party have been unwilling in recent days to say he should seek re-election in 2024, amid gnawing fears he’ll be too old or unpopular to win,” Axios reports.

“Backing your own party’s first-term president is usually so automatic that no one would bother to ask. But behind the scenes, there’s a very real concern that going all in on Biden could be a mistake.”

Associated Press: “With more than half the state legislative primaries concluded, Republican incumbents this year have been losing at nearly twice the average rate of the past decade… The primary loss rate for Democratic state lawmakers is similar to previous elections.”

“The Republican losses continued to mount Tuesday, as Trump-endorsed candidates ousted incumbent state senators in Arizona and Michigan and a conservative challenger beat the assistant majority leader of the Missouri Senate. Though not technically an incumbent, Arizona House Speaker Rusty Bowers also lost a bid for state Senate after being criticized for refusing to help Trump’s efforts to overturn the 2020 election.”

“In many cases, Republican lawmakers are being defeated by challengers portraying themselves as more conservative on election integrity, transgender policies, school instruction and other hot-button issues.”

“A growing number of Republican candidates this cycle are refusing to concede elections they indisputably lost, promoting conspiracy theories about the results and engaging in local battles over certification,” Axios reports.

“The undercurrent of election denialism pervading the 2022 midterms is bubbling to the surface as more Trump-inspired candidates are tested in primaries.”

We wondered shortly after Roe v. Wade was overturned in late June if Democratic campaigns would continue to focus hard on abortion rights this cycle, and the answer is a resounding yes. Team Blue is airing new commercials in the races for Arizona’s U.S. Senate seat and governor of Michigan that each use footage of the newly minted Republican nominees, Blake Masters and Tudor Dixon, expressing extreme anti-choice views, while Team Blue has also kept up the offensive in other races across the country.

We’ll start in Arizona, where Democratic Sen. Mark Kelly quickly opens with clips of Masters proclaiming, “I think Roe v. Wade was wrong. It’s always been wrong … It’s a religious sacrifice to these people, I think it’s demonic.” The audience later hears the Republican argue, “The federal government needs to step in and say no state can permit abortion … You make it illegal and you punish the doctors.”

Kelly’s allies at Senate Majority PAC are also hammering Masters on abortion rights in a new $1.2 million ad campaign, though they’re adopting a different messaging strategy. The commercial stars a woman identified as Brianna who explains, “Three years ago, I had an ectopic pregnancy, and if I didn’t make it into the OR within a couple minutes, I was going to bleed out and die.” She continues, “But according to Blake Masters, that’s just too bad. He wants to ban all abortions, even in cases of rape, incest, and the life of the mother.” Brianna ends by saying that if Masters had his way, her three children would have lost their mother.

Meanwhile in Michigan, a DGA-backed group called Put Michigan First makes use of a debate clip where Dixon answers in the negative when asked, “Are you for the exemptions for rape and incest?” The spot then plays footage of podcaster Charlie LeDuff asking the candidate, “The question would be like, a 14-year-old who, let’s say, is a victim of abuse by an uncle, you’re saying carry that?” Dixon responds, “Yeah, perfect example.” When Dixon is asked in an interview with MIRS if she’d provide an exception for “health of the mother,” she replies, “No exceptions.”

Over in Virginia’s 2nd Congressional District, Democratic Rep. Elaine Luria’s commercial takes Republican state Sen. Jen Kiggans to task for celebrating when Roe was overturned. In Georgia, Democrat Stacey Abrams is airing a spot where several women warn that, under a law signed by Gov. Brian Kemp, they could be “investigated and imprisoned for a miscarriage.”

Republicans, by contrast, have been reluctant to discuss abortion at all in their general election commercials even before this week’s big defeat for anti-choice forces in Kansas. One notable exception came last month when Mark Ronchetti, who is Team Red’s nominee for governor of New Mexico, argued that his policy to restrict the procedure to the first 15 weeks of pregnancy was reasonable and that Democratic incumbent Michelle Lujan Grisham was “extreme” for supporting “abortion up to birth.”

Most Republicans, though, remain content to avoid the topic altogether. Masters, for his part, is spending at least $650,000 on an opening general election ad campaign starring his wife, who says he’s running because he loves the country and the state. (Inside Elections’ Jacob Rubashkin points out that Masters just days ago was campaigning as a conservative border warrior who warned, “There’s a genocide happening in America.”) The RGA, meanwhile, is attacking Hobbs on border security―but not abortion.

“I did not want to run against a fellow Black progressive… or the guy whose primary job responsibility is to fend off fascism.” — Rep. Mondaire Jones (D-NY), quoted by Axios, on why he’s running for re-election in a district he’s never represented instead of challenging either Rep. Jamaal Bowman (D-NY) or DCCC Chair Sean Patrick Maloney (D-NY).

OHIO U.S. SENATOR. National Republicans have responded to weeks of bad stories about J.D. Vance’s campaign with a multi-million dollar effort to aid him in a general election where GOP groups likely never planned to spend anything at all. The NRSC and Vance are running a coordinated buy for $1 million, which is the most that can be spent in Ohio for such an effort; the biographical spot represents Vance’s first ad since he won the primary in early May.

Another conservative organization, One Nation, is deploying $3.8 million on a TV and radio buy criticizing Democratic Rep. Tim Ryan, but there’s a catch. Because One Nation is technically an issue advocacy group, it can only run commercials in media markets located in the 13th Congressional District that Ryan was elected to represent in 2020. That constituency spans two markets, Cleveland and Youngstown, which together are home to just shy of 40% of the state’s residents.

PENNSYLVANIA GOVERNOR. “GOP leaders rushed to stop him in the primary. When he won anyway, some polls unexpectedly showed him within reach of his Democratic rival, and the Republican establishment began to warm to him,” Politico reports. “But then he was engulfed by controversy — exactly the kind that GOP insiders had previously worried could sink his chances.”

“The candidate is Pennsylvania governor hopeful Doug Mastriano — but this year, he’s following a path Republicans recognize from their see-saw first months getting used to Donald Trump as the party’s leader back in 2016.

MICHIGAN GOVERNOR. Real estate agent Ryan Kelley, who was arrested in June on misdemeanor charges related to his role in the Jan. 6 riot, characteristically responded to his fourth-place showing in Tuesday’s Republican primary by making evidence-free fraud allegations against the state party and the woman who beat him.

Kelley claimed that WWMT-TV News Channel 3, which accidentally published randomly created test election results on its website last week, was part of a conspiracy against him. On Wednesday morning, hours after the actual election results showed Tudor Dixon outpacing him by a decisive 41-15 margin, Kelley wrote on Facebook, “Looks like the ‘testing’ was not testing after all, and it was a release of their preferred and predetermined outcome. NOT CONCEDING!” He continued, “Let’s see the GOP and the predetermined winner call for a publicly supervised hand recount to uphold election integrity.”

Unsurprisingly, Kelley did not attend the party’s unity event, which took place hours after a GOP spokesperson blasted his conspiracy-mongering as “absolutely irresponsible.”