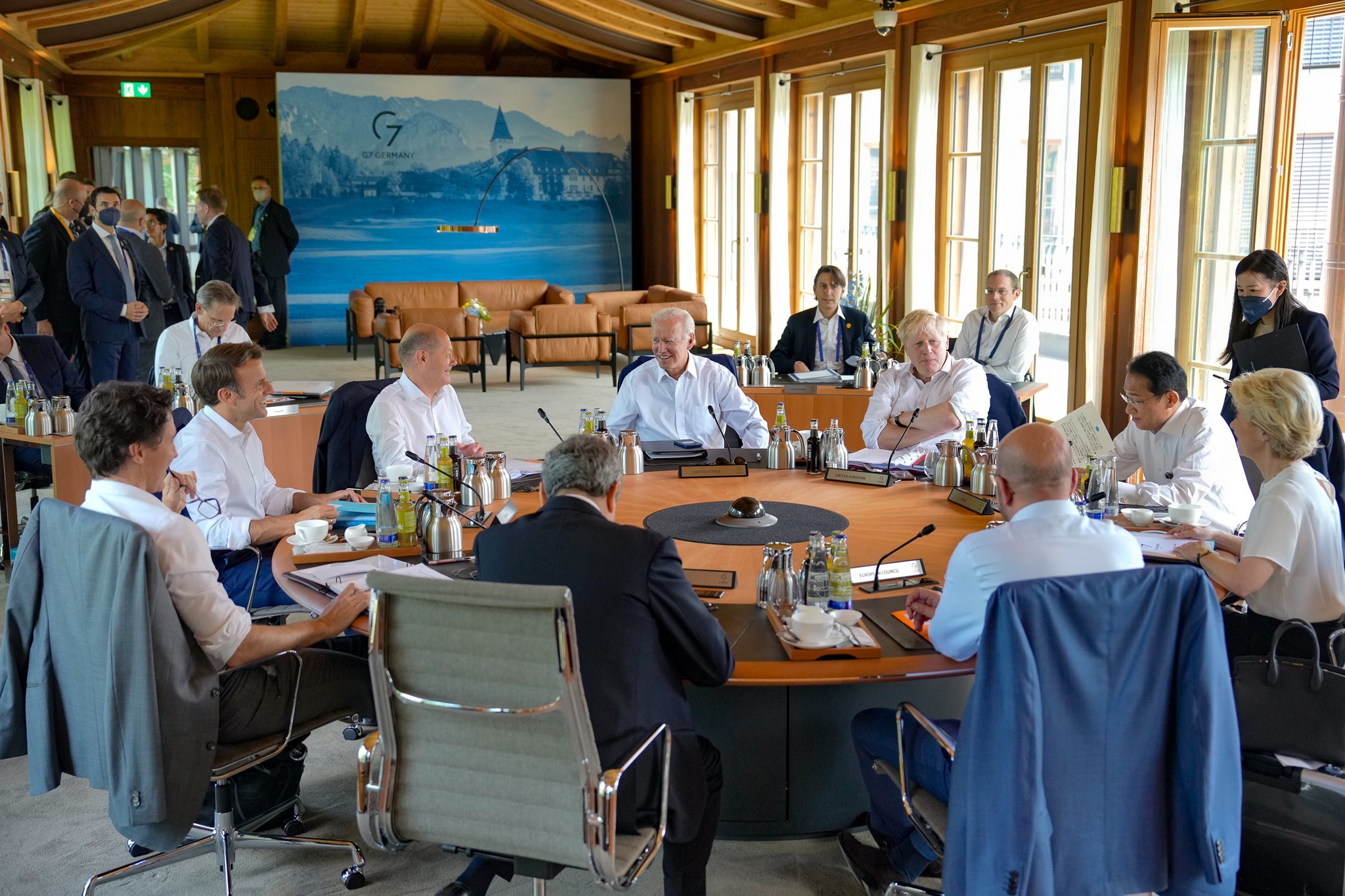 “Democrats’ health care, tax and climate bill is heading for a key procedural vote on Saturday with energy provisions like an electric vehicle tax credit intact — but no answers yet on whether drug pricing reforms can stay in the package,” Politico reports.

“The Senate parliamentarian has given the green light to a $740 billion budget reconciliation bill that will reform the tax code, tackle climate change and lower drug prices, putting the Senate on track to begin voting on the bill Saturday afternoon,” The Hill reports.

“Senate Majority Leader Charles Schumer (D-N.Y.) announced Saturday that the bill is on track to pass this weekend, now that the parliamentarian, Elizabeth McDonough, has ruled that its provisions comply with the budgetary rules enabling it to circumvent a GOP filibuster.”

“Elizabeth MacDonough, the chamber’s rules arbiter, said provisions must be removed that would force drugmakers to pay rebates if their prices rise above inflation for products they sell to private insurers. Pharmaceutical companies would have to pay those penalties if their prices for drugs bought by Medicare rise too high.”

Playbook: “There are two crucial policies to lower drug prices in the bill. The first is the one you hear the most about: requiring the federal government to negotiate prices for a limited number of expensive prescription drugs covered by Medicare. One of the key enforcement mechanisms for this policy is an excise tax of up to 95% on pharmaceutical companies to force them into the price negotiation regime. Republicans strongly believed this excise tax violated the strict rules of reconciliation outlined in the Byrd rule.”

“But MacDonough rejected challenges to the excise tax and declared that it can be included in the bill — though she did not explain her reasoning, at least in her written guidance, a fact that has frustrated Republicans this morning.”

“The $35 limit on insulin co-pays is one of the most popular elements of the legislation that Democrats want to pass using budget reconciliation… But the insulin cap has always been at risk of falling out of the bill since it may not comply with its strict procedural rules.”

“Congressional Republicans are ramping up pressure on the oil-and-gas industry to take an aggressive stance against the Democrats’ tax-and-climate bill, frustrated that the industry hasn’t done more to help Republicans defeat a cornerstone of President Biden’s agenda,” the Wall Street Journal reports.

“Democrats are bracing for a grueling weekend of vote-a-rama in the hopes of finally passing their long-sought economic bill, known as the Inflation Reduction Act,” The Hill reports.

“Republicans have vowed to force a series of tough votes in opposition of the plan. But some of lawmakers’ most painful votes could come from one of the Senate’s foremost progressive crusaders.”

“Sen. Bernie Sanders (I-VT) says he is planning to put senators on the record with proposed amendments to Democrats’ sprawling tax, health care and climate bill, as the Senate prepares to hunker down the marathon voting session.”

“The Biden administration postponed a routine test launch of an Air Force Minuteman III intercontinental ballistic missile to avoid escalating tensions with Beijing as the Chinese military engages in a show of force near Taiwan,” the Wall Street Journal reports.

“The Air Force had planned to conduct the test launch this week from Vandenberg Air Force Base in California. But the test has now been delayed.”

“The Biden administration declareD the monkeypox outbreak a public health emergency in an effort to galvanize awareness and unlock additional flexibility and funding to fight the virus’s spread,” the Washington Post reports.

New York State health officials intensified their push for people who have not been immunized against polio to get vaccinated “right away,” saying the one confirmed case of the disease found in the state may be “the tip of the iceberg” of a much wider threat, the New York Times reports.

“Facebook owner Meta is quietly curtailing some of the safeguards designed to thwart voting misinformation or foreign interference in U.S. elections as the November midterm vote approaches,” the AP reports.

“It’s a sharp departure from the social media giant’s multibillion-dollar efforts to enhance the accuracy of posts about U.S. elections and regain trust from lawmakers and the public after their outrage over learning the company had exploited people’s data and allowed falsehoods to overrun its site during the 2016 campaign.”

“The pivot is raising alarm about Meta’s priorities and about how some might exploit the world’s most popular social media platforms to spread misleading claims, launch fake accounts and rile up partisan extremists.”

“Democrats and Republicans alike are heading out to the ritzy Hamptons, New York’s summer playground for the wealthy, to fill their campaign war chests in the final months of the 2022 midterm elections, and, in some cases, to test presidential aspirations for 2024,” CNBC reports.

“With just under 100 days until the November elections, more than a dozen congressional and state lawmakers are heading to the Hamptons for fundraisers in August alone. Wall Street executives, media titans, top lawyers and other corporate leaders are hosting numerous pricy fundraising dinners at their beach town estates, according to interviews with GOP and Democratic fundraisers, donors and political consultants.”

Washington Post: “Rural school districts in Texas are switching to four-day weeks this fall due to lack of staff. Florida is asking veterans with no teaching background to enter classrooms. Arizona is allowing college students to step in and instruct children.“

“The teacher shortage in America has hit crisis levels — and school officials everywhere are scrambling to ensure that, as students return to classrooms, someone will be there to educate them.”

“Peter Navarro, the former White House trade advisor, suggested that Jared Kushner faked a claim that he had cancer  to help sell copies of his forthcoming memoir,” Insider reports.

Said Navarro: “That thyroid thing, that came out of nowhere. I saw the guy every day. There’s no sign that he was in any pain or danger or whatever. I think it’s just sympathy to try to sell his book now.”

Said Wray: “I feel like everyday I’m getting briefed on somebody throwing a molotov cocktail at someone for some issue. It’s crazy.”

“Federal officials on Thursday charged four current and former police officers in Louisville, Ky., who were involved in a fatal raid on the apartment of Breonna Taylor, accusing them of several crimes, including lying to obtain a warrant that was used to search her home,” the New York Times reports.

“The current Supreme Court is the most pro-business of all time,” Axios reports.  “That’s the clear message from an important new paper looking at court decisions between 1921 and 2020.”

“Police have changed their description of the crash that killed Rep. Jackie Walorski (R-IN), saying Thursday that it was the SUV in which she was a passenger that crossed a state highway’s centerline and caused the head-on collision,” the AP reports.

“A Washington, D.C. attorney discipline panel has set a hearing for October on charges that Rudy Giuliani violated attorney ethics rules during litigation related to the 2020 election,” Politico reports.