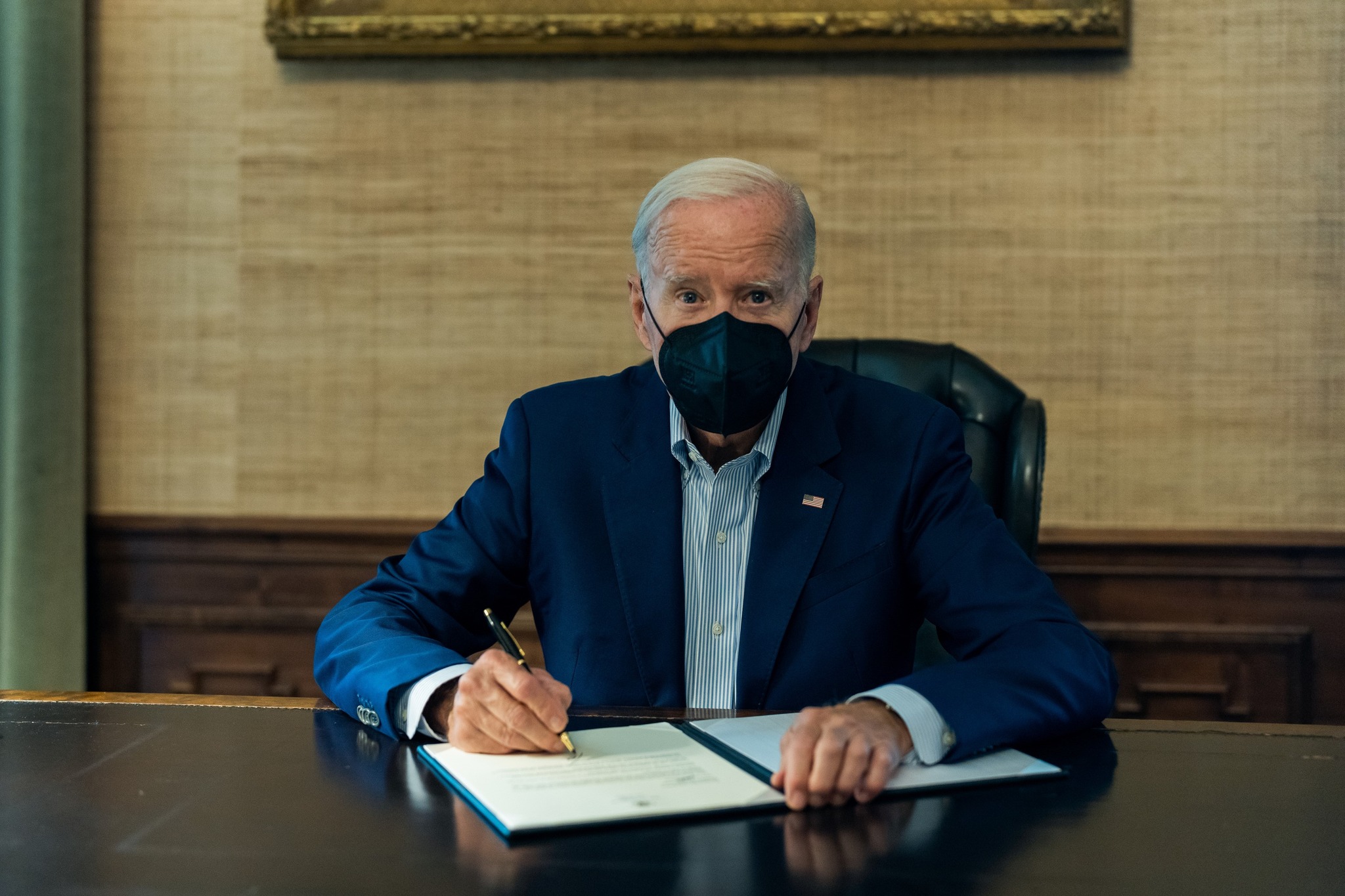 Edward-Isaac Dovere sums it up pretty well: “The current state of Washington, DC is Biden and Democrats touting a bill they say would reduce inflation, expand health care and protect the climate and Republicans responding by voting against a burn pit bill they previously voted for and a microchip bill they say is critical to national security.”

The Republican party’s tanking of the burn pit bill led to an outburst from Jon Stewart which went viral on social media: “So ain’t this a bitch? America’s heroes, who fought our wars, outside sweating their asses off, with oxygen battling all kinds of ailments, while these motherfuckers sit in the air conditioning walled off from any of it? They don’t have to hear it. They don’t have to see it. They don’t have to understand that these are human beings. Did you get it yet?”

Stewart said he was used to lies, hypocrisy and cowardice from politicians, but “I’m used to all of it, but I am not used to the cruelty.”

He added: “And if this is America First, then America is fucked.”

Needless to say, veterans are not happy with Republicans: “Blindsided veterans erupted in anger and indignation Thursday after Senate Republicans suddenly tanked a widely supported bipartisan measure that would have expanded medical coverage for millions of combatants exposed to toxic burn pits during their service. “

When added to the threats to abortion rights, same-sex marriage and contraception and the continual defense of Donald Trump’s criminality, it’s really hard to see how any of this attracts any new voters to the Republican party

President Biden has tested positive for Covid again, per his doctor. He’ll go back into isolation, but he has no symptoms.

The cover-up is often worse than the crime. But these events, helpfully compiled by Ryan Goodman, must be a coincidence (sarcasm alert):

An Islamic Revolutionary Guard Corps video declares that Iran’s regime will develop nuclear weapons in a rapid-fire period of time “if the US or the Zionist regime make any stupid mistakes,” the Jerusalem Post reports.

The video states that Iran’s ballistic missiles have the capability of “turning New York into hellish ruins,” in an ostensible reference to Iran’s space program.

Former Sen. Rick Santorum (R-PA) detailed a plan to “fundamentally remake the United States” in remarks caught on tape and reported by Insider.

Santorum told GOP lawmakers this would culminate with an unprecedented event: a first-of-its-kind convention to rewrite the Constitution.

Said Santorum: “You take this grenade and you pull the pin, you’ve got a live piece of ammo in your hands… 34 states — if every Republican legislator votes for this, we have a constitutional convention.”

“Brazil’s presidential election in October is shaping up to be a riveting head-to-head contest between two larger-than-life figures representing opposite ends of the political spectrum: the incumbent, Jair Bolsonaro, and Luiz Inacio Lula da Silva, who ruled the country from 2003 to 2010,” Bloomberg reports.

“While there are 10 other contenders in the race, none has a realistic chance of winning. The election outcome will have profound implications for South America’s biggest and most-populous nation.”

Former President Donald Trump told ESPN that “nobody has gotten to the bottom of 9/11” after he was asked about victims’ families protesting a Saudi-backed golf event at one of his courses.  He added: “They should have.”

Former President Donald Trump is hosting the Saudi-backed LIV Golf tournament this weekend at his New Jersey golf club but it “wasn’t exactly supercharged—light crowds were spread across much of the vast grounds here on the first day of the tournament,” the Wall Street Journal reports.

“Tickets for the Saturday session were available on stubhub.com for as little as $1.”

“The seal was plastered on towels, golf carts and other items as the former president participated at the pro-am of the Saudi-sponsored tournament Thursday.”

“It is against federal law to use the presidential and vice-presidential seals in ways that could convey ‘a false impression of sponsorship or approval by the Government of the United States.’”

“Speaker Nancy Pelosi is set to leave this weekend on a trip that includes Singapore, Japan and South Korea — and possibly Taiwan — even as a Chinese state media commentator suggested Friday that Beijing could shoot down any U.S. military plane she takes to Taipei,” Politico reports.  “Pelosi has declined to confirm specifics of her expected swing through Asia, citing security risks.”

“Speaker Nancy Pelosi was expected to appear in Singapore on Monday as part of a closely watched tour of Asia that has stoked fears, including at the highest levels of the American government, of dangerously heightened tensions with China over the possibility that she would make a stop in Taiwan,” the New York Times reports.

Associated Press: “The Biden administration didn’t explicitly urge Pelosi to avoid Taiwan but tried to assure Beijing there was no reason to ‘come to blows’ and that if such a visit occurred, it would signal no change in U.S. policy.”

Rep. Linda Sanchez (D-CA) flipped off the Republican dugout as she jogged past it during the Congressional Baseball Game last night.

“White House communications director Kate Bedingfield is staying on in her role, a surprise decision coming after the White House announced she would be leaving,” CNN reports.

Despite a highly contagious coronavirus subvariant’s rapid spread, it seems that most Americans have returned to life as normal this summer, NBC News reports.

Rep. Chuy Garcia (D-IL) apologized and blamed a staffer after his Twitter account sent out a vulgar tweet lashing out at a critic as a “fucking dipshit’ and “borderline retarded.”

“It’s been more than 100 days since Donald Trump was interviewed on Fox News,” the New York Times reports.

“The network, which is owned by Rupert Murdoch and boosted Mr. Trump’s ascension from real estate developer and reality television star to the White House, is now often bypassing him in favor of showcasing other Republicans.”

“In the former president’s view, according to two people who have spoken to him recently, Fox’s ignoring him is an affront far worse than running stories and commentary that he has complained are “too negative.” The network is effectively displacing him from his favorite spot: the center of the news cycle.”

“After the Uvalde school shooting, Gov. Greg Abbott spent nearly three hours in Huntsville at a campaign fundraiser that he was criticized for not canceling,” the Dallas Morning News reports.

“But the governor didn’t touch down and quickly depart, as he implied, after news outlets reported he’d gone ahead with the May 24 fundraiser at a private home in East Texas. Some expected Abbott to instead rush to the South Texas town where residents awaited news about unaccounted-for relatives.”

A new study finds the monkeypox virus spreading across the US, Europe and the UK is mutating surprisingly fast. Meanwhile, Politico reports the Biden administration expected to soon declare monkeypox a health emergency.

“Federal officials this week touted the arrival of hundreds of thousands of additional monkeypox vaccine doses, heralding it as a milestone in the nation’s fight against the outbreak,” the Washington Post reports.

“What they left out: The United States is entering a critical three-month period where cases may continue to multiply, but no more vaccines are scheduled to arrive until October at the earliest.”

Scott Gottlieb: “Our country’s response to monkeypox ‌‌has been plagued by the same shortcomings we had with Covid-19. Now if monkeypox ‌gains a permanent foothold in the U‌nited States and becomes an endemic virus that joins our circulating repertoire of pathogens, it will be one of the worst public health failures in modern times not only because of the pain and peril of the disease but also because it was so avoidable.”

“Our lapses extend beyond political decision making to the agencies tasked with protecting us from these threats. We don’t have a federal infrastructure capable of dealing with these emergencies.”

“The failures that got us here fit a now familiar pattern.”

“Ivana Trump was laid to rest at her former husband’s golf course in New Jersey where white flowers and a plaque marked the freshly buried grave,” the New York Post reports.

Lawrence O’Donnell explained on MSNBC why former President Donald Trump is likely to be a defendant for the rest of his life.

“Justice Samuel Alito, the author of the Supreme Court’s earth-shaking decision last month overturning Roe v. Wade, is mocking foreign leaders who lamented his opinion doing away with a half-century of federal constitutional protection for abortion rights in the U.S.,” Politico reports.

Speaking at a religious liberty summit in Italy last week hosted by Notre Dame Law School, Alito bragged that he “had the honor” of writing what he called “the only Supreme Court decision in history that has been lambasted by a whole string of foreign leaders who felt perfectly fine commenting on American law.”

Sporting a poorly grown beard, Alito also whined about a “growing hostility” to religion, “or at least the traditional religious beliefs that are contrary to the new moral code that is ascendant in some sectors.”

“The California man accused of plotting to kill Supreme Court Justice Brett Kavanaugh had been researching his alleged scheme on the internet, Googling things such as ‘assassin skills’ ‘how to be stealthy,’ and ‘Reagan assassination attempt,’ and was allegedly hoping to eliminate two additional justices, as well,” the Daily Beast reports.