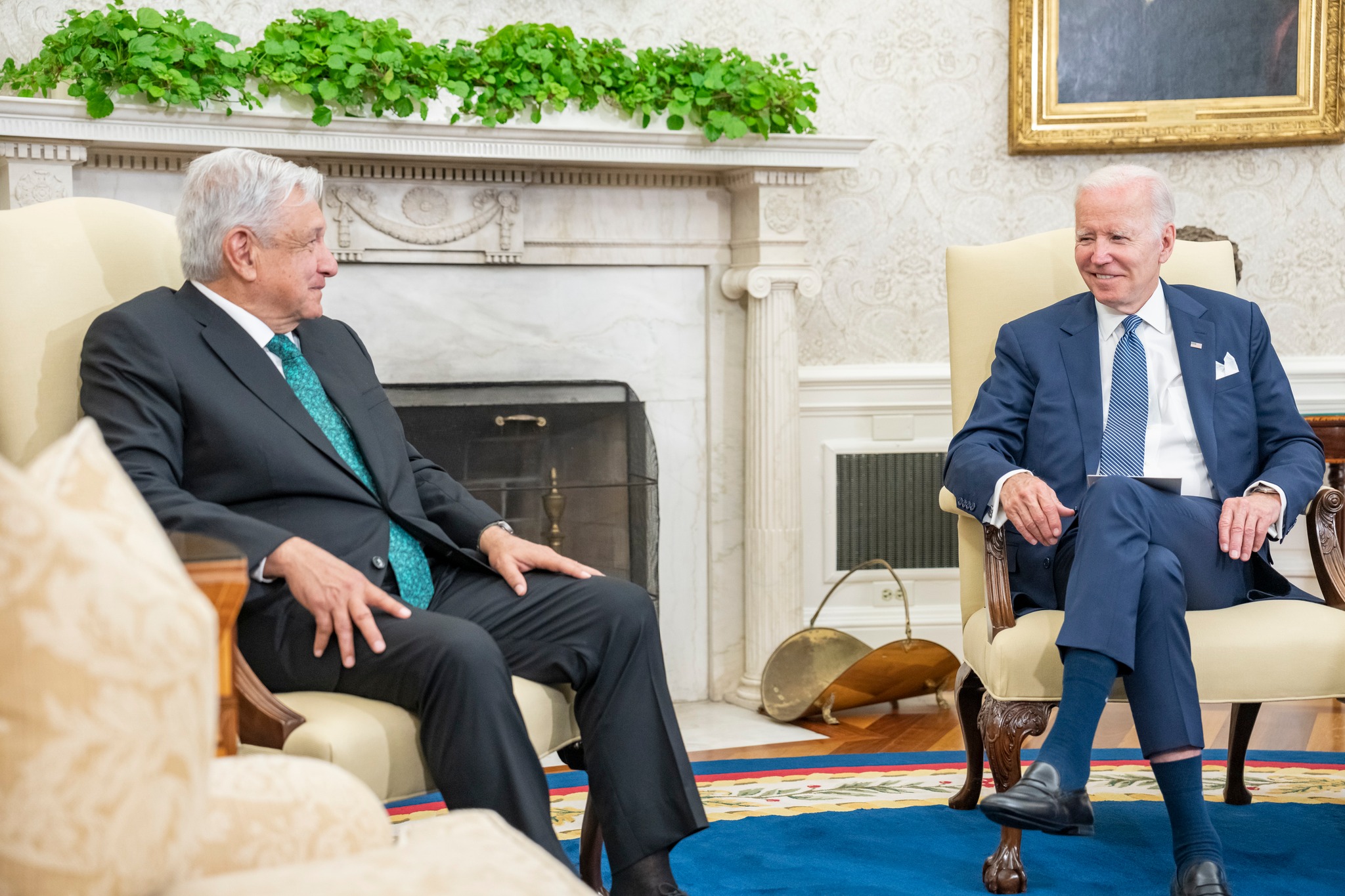 “I sure as hell hope they have a criminal investigation at this point into Donald Trump.” — Rep. Elaine Luria (D-VA), on NBC News.

Rep. Jamie Raskin (D-MD) told MSNBC that the Secret Service “is the biggest remaining mystery” in the January 6 Committee’s investigation.  Said Raskin: “We don’t know exactly what we’re going to learn. We don’t know what the political dynamics were within the Secret Service—And the committee is determined to find it out.”

John Cassidy: “By demonstrating so clearly and comprehensively Trump’s culpability before, on, and after January 6, 2021, the House select committee has strengthened the hands of his potential GOP rivals, and this could conceivably be its biggest legacy.”

“But, even after all the committee’s sterling work, a Republican effort to take down Trump would attract a barrage of counterattacks from him and his supporters, and it would take courage and fortitude to withstand the onslaught. Outside of the offices of Liz Cheney, Adam Kinzinger, Mitt Romney, and a few others, these attributes are still in extremely short supply in G.O.P. circles. That’s another thing in Trump’s favor.”

New York Times: “Even as many Democrats lament that the Justice Department is moving too slowly in its inquiry, the local Georgia prosecutor has been pursuing a quickening case that could pose the most immediate legal peril for the former president and his associates.”

Ross Douthat: “There is more than one way, in other words, for Republican voters to decide that the former president is a loser. The stolen-election narrative has protected him from the simplest consequence of his defeat. But it doesn’t prevent the stench of failure from rising from his well-worn grievances, his whine of disappointment and complaint.”

Washington Post: “Trump has forged ahead with preparations for another presidential campaign, eyeing a fall announcement.”

“Yet even as he does so, there are indications of possible shifts underway, with support for his prospective candidacy softening and Trump himself stewing over the lack of backing he has received on television and online from his fellow Republicans as the committee makes its case.”

A new YouGov poll finds British Foreign Secretary Liz Truss extended her lead over former Chancellor of the Exchequer Rishi Sunak in the race to be the UK’s next prime minister, recording a commanding 24-point polling advantage over her rival, 62% to 38%.

A YouGov poll earlier this week gave Truss a 19-point advantage over Sunak.

Biden administration officials are concerned that China could seek to declare a no-fly zone over Taiwan ahead of a possible visit by Speaker Nancy Pelosi as an effort to upend the trip, CNN reports.

China could also respond by flying fighter jets further into Taiwan’s self-declared air defense zone, which could trigger a response from Taiwan and the U.S.

Gen. Mark Milley said that the Chinese military has become “significantly more aggressive and dangerous” over the past five years, the AP reports.  Meanwhile, the Financial Times reports Speaker Nancy Pelosi’s planned trip to Taiwan is turning into a major confrontation between the U.S. and China.

Henry Olson: “Nations such as Japan would surely view Pelosi canceling her visit as a sign that the United States is unwilling to test China’s resolve. That sends a message of weakness.”

Rep. Matt Gaetz (R-FL) told a crowd of young people at a conference that women protesting abortion access are less likely to get pregnant because they aren’t attractive, USA Today reports.

Said Gaetz: “Why is it that the women with the least likelihood of getting pregnant are the ones most worried about having abortions? Nobody wants to impregnate you if you look like a thumb.”

“The vandalism was one of the most significant internet infrastructure attacks in France’s history and highlights the vulnerability of key communications technologies.”

“Now, months after the attacks took place, French internet companies and telecom experts familiar with the incidents say the damage was more wide-ranging than initially reported and extra security measures are needed to prevent future attacks. In total, around 10 internet and infrastructure companies—from ISPs to cable owners—were impacted by the attacks.”

A Pennsylvania woman who entered the U.S. Capitol during the Jan. 6, 2021, riot and later recorded herself saying she wanted to shoot House Speaker Nancy Pelosi “in the frigging brain” has been sentenced to 60 days behind bars, the Washington Post reports.

“In order to solve the climate crisis, we’re going to have to pay attention to the democracy crisis.” — Former Vice President Al Gore, on NBC News.

“China has roughly a fifth of its population under full or partial lockdowns, according to one count, as another rise in coronavirus cases prolongs the uncertainty hanging over the country’s economy,” Asia Nikkei reports.

Gloria Borger: “It’s hard, of course, to choose among the striking revelations in the last episode of season one of the January 6 hearings, but how about this: Top staffers knew exactly who Donald Trump was, and decided to remain anyway.”

“It’s an argument we heard over and over again throughout recent years: Yeah, I coulda left this guy, but I thought it was better to stay so I could be part of the guardrails around Trump.”

“But here’s what we learned during these hearings: There were no guardrails around the then-President, and certainly none strong enough to contain his election fraud mania. In fact, Trump busted through them with great regularity. And when he didn’t (as in deciding not to fire his deputy attorney general and replace him with an election denier), it was only because he was told it would look bad for him if his entire Justice Department resigned.”

“So what we saw instead was a group of people dealing with a man they knew to be morally, intellectually and emotionally unfit for the office.”

“Trump appeared to lose his temper after the Jan. 6 committee played a clip of McConnell’s speech on the Senate floor during Trump’s second impeachment trial in which he blamed the former president for inciting the attack on the U.S. Capitol.”

Melania Trump said that she was “fulfilling” her official duties as first lady of the United States of America on Jan. 6, 2021, telling Fox News that had she been fully informed of the events taking place at the Capitol during the day, she “would have immediately denounced the violence.”  Her comments come after her former chief of staff Stephanie Grisham has publicly alleged that the former first lady did not immediately sign off on a statement condemning the Capitol riot.

Rep. William Timmons (R-SC) “went on conservative talk radio to address rumors circling for weeks that he had an extramarital affair and abused his power as a congressman to further it,” the Charleston Post & Courier reports. Said Timmons: “My wife and I do not comment on our personal lives because they’re private, and they should remain that way.” He added: “That said, we are experiencing challenges. We’re going through a difficult time. I regret anything I’ve ever done to let her down.”

Said Brandtjen: “Fair and honest elections are the cornerstone of our democracy and we know that the 2020 presidential election was neither fair, nor transparent.”

“CNN CEO Chris Licht met with a handful of senior Congressional leaders from both sides of the aisle on Capitol Hill Tuesday in an effort to strengthen the network’s relationships with key lawmakers, many of whom have turned sour on cable news,” Axios reports.

“Second booster shots of the coronavirus vaccine for people younger than 50 are on hold as the Biden administration tries to accelerate a fall vaccination campaign using reformulated shots that target the now-dominant omicron subvariants,” the Washington Post reports.

Former President Donald Trump told loyalists he “kinda liked that” when the head of the Taliban called him “Your Excellency,” the Daily Beast reports.  “He seemed to be referring to details of a phone call with Abdul Ghani Baradar, who served as the Taliban’s chief negotiator during a peace deal signed in 2020 that ultimately led to the group’s retaking of Afghanistan last year.”