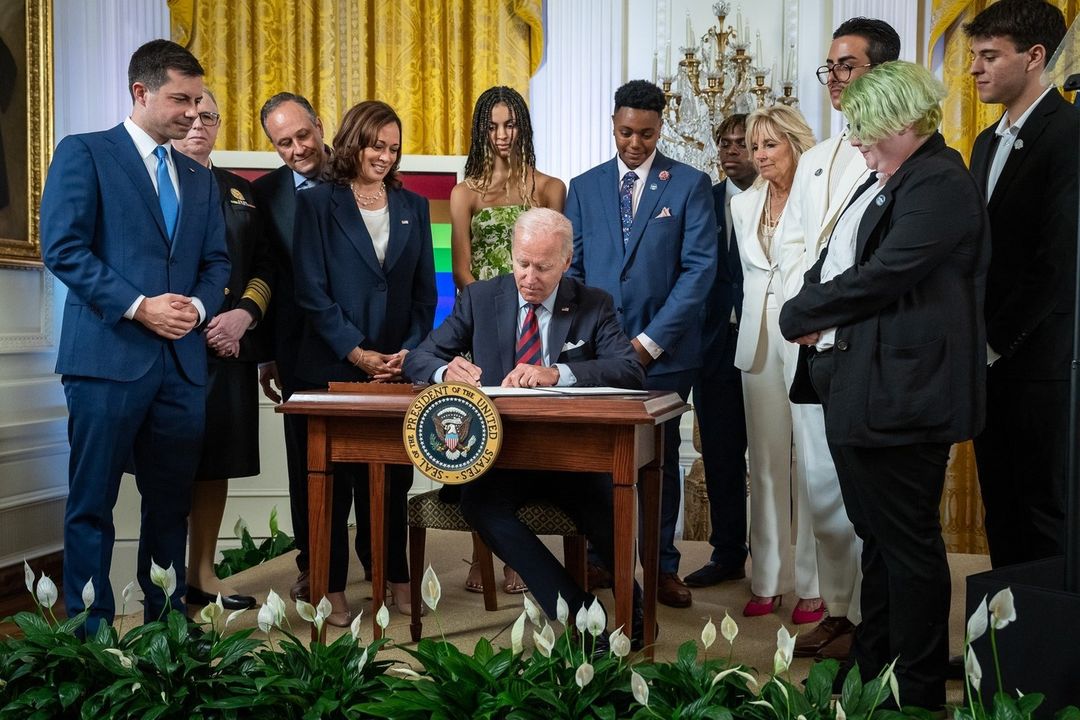 “Attorney General Merrick Garland is under pressure to investigate Donald Trump for his role in the Jan. 6 insurrection, but a move against the former president could complicate many of the hundreds of other criminal cases related to the storming of the Capitol,” Politico reports.

“Even if investigations into Trump and his inner circle are expanded — a slew of grand jury subpoenas and search warrants in recent weeks suggest prosecutors are circling his allies — the momentous decision about whether to charge Trump with a crime is months away, if not longer.”

In recent months, Donald Trump “has made clear to associates that the legal protections of occupying the Oval Office are front-of-mind for him,” Rolling Stone reports.

One source says Trump has “spoken about how when you are the president of the United States, it is tough for politically motivated prosecutors to ‘get to you.’ He says when [not if] he is president again, a new Republican administration will put a stop to the investigation that he views as the Biden administration working to hit him with criminal charges — or even put him and his people in prison.”

As Trump “talks about running, the four sources say, he’s leaving confidants with the impression that, as his criminal exposure has increased, so has his focus on the legal protections of the executive branch.”

Former US Treasury Secretary Larry Summers:  “One of these months it will turn out to have peaked, but core inflation is now running more than three times as rapidly as its target level, and that entirely excludes energy and food commodities. Inflation will come down at some point, but it is unlikely to be a soft landing without economic pain.”

“I don’t think there’s any reason to expect a recession of the magnitude that we had after Covid struck or with the financial crisis of 2008. I think the recessions of 1990–1991 and 2001 are better models. But if inflation is to be contained, unemployment is likely to rise to somewhere in the vicinity of 6 percent or more. That would be my uncertain best guess.”

Axios: “A recession would be worse than the inflation the U.S. is seeing now, which is actually showing signs of easing up, some progressive economists are now arguing.”

“Republicans hoped public backlash to the Supreme Court’s decision overturning Roe v. Wade would soon fade from the spotlight, and campaign season would once again turn to the prices of gas and groceries,” the Washington Post reports.

“But over the past week, the abortion debate has focused on terrain least favorable to the GOP — whether the procedure should be legal in the instances of rape and incest, as many conservatives push for bans without those two exceptions.”

Laura Bassett: “Reproductive rights advocates have long warned that women would die if abortion were banned again—that children would be forced to give birth to their rapists’ babies. I’ve been covering abortion rights for over a decade, and I expected these horrifying, dystopian stories to trickle out over the next six months to maybe a year, forcing people to acknowledge a reality that had long been just hypothetical.”

“Instead, the stories have sprayed out like a firehose: A 10-year-old rape survivor had to travel to another state to get safe abortion care, and politicians immediately went after the doctor who helped her; a Texas hospital let a woman with an ectopic pregnancy bleed until she almost died to avoid getting sued; Idaho Republicans overwhelmingly voted to let women die before giving them care. The dystopia is upon us, and it arrived faster than anyone expected.”

Derek Thompson: “Twitter’s lawsuit is an extraordinary and odd document. It paints Musk as a dishonest and unserious hypocrite, the sort of person you would never want running your company. But because this same dishonest and unserious hypocrite has signed a document offering to pay a huge premium to shareholders, Twitter’s board is bound by its fiduciary duty to enforce a merger neither Musk nor Twitter’s employees seem to want. It’s an awfully strange twist to the marriage-plot genre: I hate your guts, now marry me! This is shareholder capitalism as romantic comedy.”

American Prospect: “How Democrats went from unanimous opposition to an unpopular policy to doing nothing about it in the five years since it became law.”

“The US Senate’s arcane budget rules threaten Democrats’ plans to increase taxes on the wealthy and corporations and invest in climate programs before November’s midterm elections, even if they can win Joe Manchin’s support,” Bloomberg reports.

“Manchin, the key holdout vote who last week scuttled talks of a revived economic agenda, said he could support a broader tax and spending bill in September, if inflation cools. But there simply may not be time then for the grueling late-night votes and other procedures required to push the legislation through.”

President Volodymyr Zelensky has suspended the head of Ukraine’s spy agency and the prosecutor general, citing many cases of treason in the two powerful organizations, the BBC reports.

“It may seem improbable, given adamant Republican opposition to legislation protecting voting rights, but a bipartisan group of senators is close to agreement on a separate, crucial way to protect our democracy: reforming the Electoral Count Act of 1887,” Greg Sargent reports.

“A serious threat to our democracy is this scenario: A state legislature or governor appoints a slate of presidential electors in defiance of the state’s popular vote, and one chamber of Congress, controlled by the same party, counts those electors. Under current law, those electors would stand, potentially tipping a close election.”

“The House will vote this week on a bill to codify same-sex marriage, in the wake of Clarence Thomas’ views of the precedent set by the abortion ruling,” CNN reports.

It will be very interesting to see if the House Republican leadership whips against this messaging bill.

“An unprecedented heat wave is underway in France and the U.K. that is likely to topple all-time national high temperature records and potentially kill several thousand people,” Axios reports.  “The scorching heat is moving north into a more vulnerable region after tormenting Spain and Portugal.”

Bloomberg: “As searing Texas heat drives power demand to record highs, the state’s grid operator is ordering plants to run at a historic pace, often forcing them to put off maintenance to keep cranking out electricity. That’s helped keep the lights on, for now, but the short-term focus is putting even more stress on a system that’s already stretched near the limit.”

“Twice in the past week, officials have called on Texans to limit electricity use during scorching afternoons as demand inched perilously close to overwhelming supply. Now, there are growing concerns over how long power plants can maintain the grueling pace as they run nonstop.”

Colorado Republican Party Chair Ken Buck, who is also a U.S. representative, pressured a local party official to submit incorrect election results to set the primary ballot for a state Senate seat, according to an audio recording of a conference call obtained by the Denver Post.

“House Speaker Nancy Pelosi’s husband purchased up to $5 million in stock options on a computer-chip company ahead of a vote on legislation next week that would deliver billions of dollars in subsidies to boost the chip-manufacturing industry, new financial disclosures show,” the New York Post reports.

Former FDA Commissioner Scott Gottlieb said “he wouldn’t be surprised if there are thousands of monkeypox  cases in the United States, warning that the window to get control of the virus may be closed,” The Hill reports.

“If somebody says, ‘You’ll leave when we don’t have Covid anymore,’ then I will be 105. I think we’re going to be living with this.” — Dr, Anthony Fauci, in an interview with Politico.

New York Times: “These are tough times for military recruiting. Almost across the board, the armed forces are experiencing large shortfalls in enlistments this year — a deficit of thousands of entry-level troops that is on pace to be worse than any since just after the Vietnam War. It threatens to throw a wrench into the military’s machinery, leaving critical jobs unfilled and some platoons with too few people to function.”