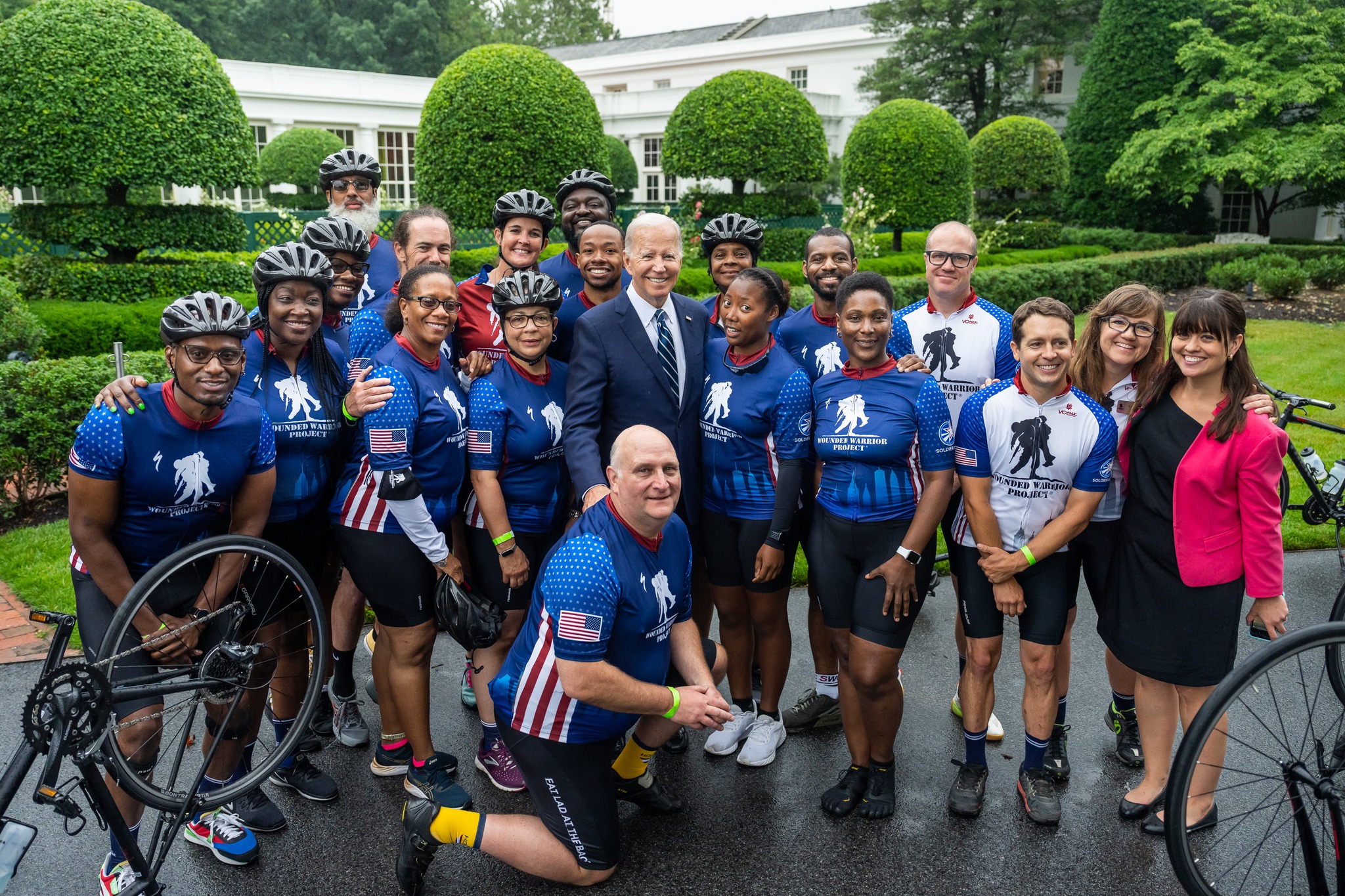 Charlie Sykes: “With Trump in the race, Biden would no longer be running against the ghost of FDR, or a generic Republican. He wouldn’t be constantly compared with a mythical progressive pol who could magically enact sweeping spending plans in an evenly divided Congress.”

“The alternative would be Trump.”

“That fact alone would go a long way toward fixing some of Biden’s problems. Democrats, who are now wallowing in their season of acedia and self-loathing, would come home.”

“If anything, the defeated, disgraced, twice impeached president, in pouting exile, has become more vicious, unhinged, narcissistic, dishonest, reckless, and demagogic than he was as Mad King.”

New York Times: “Interviews with these young voters reveal generational tensions driving their frustration. As they have come of age facing racial strife, political conflict, high inflation and a pandemic, they have looked for help from politicians who are more than three times their age.”

“Those older leaders often talk about upholding institutions and restoring norms, while young voters say they are more interested in results. Many expressed a desire for more sweeping changes like a viable third party and a new crop of younger leaders. They’re eager for innovative action on the problems they stand to inherit, they said, rather than returning to what worked in the past.”

“For nearly a year, a kitchen cabinet of Donald Trump confidants have told the former president not to announce his 2024 comeback candidacy before the midterms, arguing that he could be a drag on 2022 candidates and would be blamed if Republicans underperformed,” the Washington Post reports.

“But Trump has continued to regularly push for an early announcement in private meetings, as potential 2024 rivals become more aggressive amid signs of weakening support among his base. Now an increasing number of allies are urging him to follow his instincts as a way to shore up his standing in the party and drive turnout to help the GOP take over the House and Senate next year.”

“The former president is now eyeing a September announcement… One confidant put the odds at ‘70-30 he announces before the midterms.’ And others said he may still decide to announce sooner than September.”

“Donald Trump’s flirtations with launching a third presidential run during the Jan. 6 select committee’s probe might as well be a grenade inside the GOP’s midterm strategy. And Republicans aren’t sure how to defuse it,” Politico reports.

“Party leaders want Trump to hold off on any campaign announcement at least until after November’s midterms so the GOP can make the 2022 elections a clean referendum on President Joe Biden. They see a clear road map toward netting the handful of House and Senate seats they need to flip Congress, with a twice-impeached former president still under investigation possibly blocking their path.”

Jonathan Bernstein: “Unpopular presidents have lost re-election bids — Donald Trump, George H.W. Bush, Jimmy Carter, Gerald Ford. The last two times an unpopular president who was eligible dropped out of a re-nomination fight, in 1952 and 1968, his party lost anyway. This is hardly surprising. If a president is unpopular, then his party will be unpopular. George W. Bush couldn’t run for a third term in 2008, but given his low approval ratings, Republicans never had a chance that year.”

“All of this suggests that if Biden remains unpopular, the Democrats are probably doomed whether they nominate him or not. Indeed, given partisan polarization, it’s unlikely that candidates matter much in most presidential elections.”

Donald Trump was forced to cancel a paid rally in North Carolina after he, his son, Donald Trump Jr., and his daughter, Ivanka Trump, have been scheduled to testify under oath Friday in an investigation into Trump’s finances, the Raleigh News and Observer reports. Tickets for the event initially sold for $9 to $3,955.

Ed Kilgore: “At this point in 2018, Trump’s average job-approval rating at RealClearPolitics was 43.2 percent. Biden’s today is at 38.2 percent, five full points lower. When Election Day arrived in 2018, Trump’s job-approval rating was virtually unchanged, and his party lost 41 House seats, though thanks to an extremely favorable Senate landscape, the GOP made a net gain of two seats in the upper chamber.”

“It’s possible, of course, that Biden’s popularity may rebound by November, but his job-approval rating hasn’t been above 43 percent this year, and the overall trend is an excruciatingly slow but steady erosion of support.”

Politico: “Biden’s toxicity has given the GOP optimism about seriously contesting a fresh crop of about a dozen seats that the president won in 2020 by 9 points or more — from western Rhode Island to California’s Central Valley to the suburbs of Arizona’s capital.

“The result is a House map that has expanded to an uncomfortable place for Democrats. Survey data obtained by Politico shows the president underwater by double-digit margins in 11 districts he carried.”

“On the whole, the odds still favor Republicans. But I buy that Roe being overturned evens the equation a bit toward Democrats.” — Nate Silver, quoted by ABC News, on his midterm election forecast.

KANSAS ATTORNEY GENERAL. Former federal prosecutor Tony Mattivi has publicized an internal from Cygnal that finds the infamous former Secretary of State Kris Kobach leading state Sen. Kellie Warren 31-16 ahead of the Aug. 2 GOP primary for attorney general, with Mattivi himself taking only 9%. Mattivi argues that he’ll pull ahead once voters learn about him, but there isn’t much time left for him to make his case. The winner will go up against Chris Mann, a former prosecutor who has the Democratic side to himself.

MICHIGAN 11TH CD. The Detroit News writes that the progressive pro-Israel group J Street has launched a $700,000 TV campaign to aid Rep. Andy Levin in next month’s Democratic primary, a move that comes after the hawkish AIPAC has spent $1.6 million to support fellow incumbent Haley Stevens. J Street’s spot excoriates Stevens for “taking hundreds of thousands of dollars” from AIPAC, which the narrator identifies as “a group that’s supporting 109 Republicans who voted to overturn the 2020 election.” The commercial only mentions Levin briefly, saying, “Republican billionaires gave the group millions to defeat Democrats like Andy Levin.”

MICHIGAN 13TH CD. VoteVets, which backs state Sen. Adam Hollier in the busy Aug. 2 Democratic primary, is spending at least $750,000 on an ad campaign accusing self-funding state Rep. Shri Thanedar of having “voted with every single Republican to make it easier to get a gun, to conceal a gun, and to go easier on gun crime convicts.” The spot does not mention Hollier, who served in the Army; Hollier also has benefited from $1.9 million in support from AIPAC, while no outside major groups have spent here.

“Engagement with news content has plunged during the first half of this year compared to the first half of 2021 and in some cases has fallen below pre-pandemic levels,” Axios reports. “Americans have grown exhausted from the constant barrage of bad headlines that have replaced Trump-era crises, scandals and tweets.”

New Hampshire congressional candidate Matt Mowers (R) voted in the 2016 presidential primary in both New Hampshire and New Jersey — a violation of federal law, WMUR reports. However, Mowers not in legal trouble because statute of limitations expired.

Ron Brownstein: “To avoid the worst-case scenario in November, Democrats must defy one of the most powerful trends shaping modern congressional elections. Recent polls have provided them a glimmer of optimism that they might do just that.”

“That trend is the tightening correlation between voters’ attitudes toward a president and their support for US House, Senate and even gubernatorial candidates from his party. With President Joe Biden’s approval ratings falling to the lowest levels of his presidency, that traditional pattern threatens Democrats with sweeping losses in November’s midterm elections.”

“But even as Biden has continued to sink, other Democrats running this year have stabilized or improved their positions in a spate of recent polls… The question is whether this ‘decoupling,’ as many political professionals call it, is a temporary blip in public opinion — or a reflection of enduring public doubts about the Donald Trump-era GOP that may override the typical reflex of voters unhappy with the president to vote for the other party.”

“The day former President Donald Trump announces a 2024 bid for president, the Republican National Committee will be in a bind. It may already be there,” Politico reports.  “Trump is the party’s biggest money maker and as an ex-president, his name and record are natural components for the committee to tout in emails and fundraising pleas.”

“But that’s come at a cost. The party and its leaders have committed to staying neutral in the upcoming presidential election. And as the RNC continues to tout Trump and even push his private business ventures through its official channels, the fear grows that it is dispensing with even the veneer of neutrality.”

Washington Post: “Four months from Election Day, Republicans are struggling in several of the marquee Senate races because of candidate challenges and campaigns still recovering from brutal Republican primaries, putting control of the upper chamber of Congress in 2023 up for grabs.”