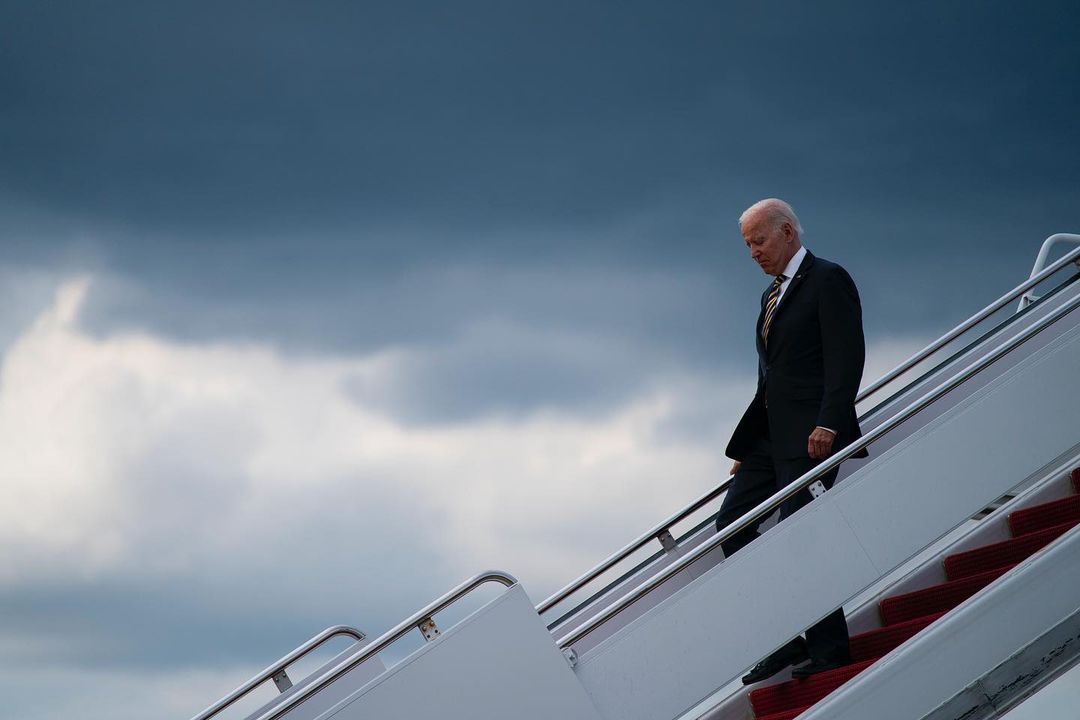 The January 6 Committee turned its focus to the violent domestic extremist groups that stormed the Capitol and the role former President Donald Trump has in assembling the mob that disrupted the electoral count.

The committee once again employed the incredibly effective strategy of using the words of Trump’s inner circle — and even his family — to undermine Trump’s false claims that the election was somehow stolen. More important was the parade of former officials who testified that they thought Trump’s refusal to accept his loss could spiral out of control — as it later did.

As someone who has spent thousands of hours documenting what happened during the Trump administration, it’s still hard to comprehend how insane it was to hear Trump’s aides describe some of their final White House meetings. We’ve heard of total chaos in the West Wing, the president throwing plates of food at the walls and screaming in the Oval Office and private residence. It was quite literally crazy town.

The day after a particularly crazy White House meeting, Trump sent his infamous tweet calling his supporters to a “big protest in D.C.” and instructed them to “be there, will be wild.”

The committee then played a montage of clips from right wing media showing Trump’s message resonated loudly. A Twitter employee testified that the company felt Trump was speaking directly to extremist groups on Twitter and that “a mob was being organized.” The implication of this testimony was that Trump’s frustration at his staff had boiled over and that he was taking matters into his own hands. Trump had summoned the mob.

As bad as we thought the January 6 insurrection was, we learned today that it was much, much worse. Trump not only summoned the mob, as we learned in the first half of today’s hearing, but he planned ahead of time to unleash them on the Capitol to disrupt the counting of electoral votes.

The committee showed a draft tweet that Trump never sent, in which he was going to direct people to march to the Capitol from the riot. Texts between staffers also showed they also knew of Trump’s plan. We also learned that just after Steve Bannon spoke to Trump on the phone on January 5, Bannon informed his podcast listeners that “all hell is going to break loose tomorrow.” This is particularly important because the committee established earlier that Trump knew many in the rally crowd were armed.

The plan was always to march on the Capitol. And Trump knew there would be violence. The idea raised by some Trump allies that the rally spontaneously and accidentally turned violent is simply not true. Trump incited the attack. Stephen Ayres, who stormed the Capitol that day, told the committee: “Basically the president got everybody riled up, told everybody to head on down. So we were basically just following what he said.”

As an exasperated former Trump campaign manager Brad Parscale later described the events in an extraordinary text to Trump spokeswoman Katrina Pierson: “A sitting president asking for civil war. This week I feel guilty for helping him win.”

“Late on a Friday night about six weeks after Donald Trump lost his reelection, a fistfight nearly broke out in the White House between the president’s fired national security adviser and a top White House aide,” the Washington Post reports.

“A motley crew of unofficial Trump advisers had talked their way into the Oval Office and an audience with the president of the United States to argue the election had been stolen by shadowy foreign powers — perhaps remotely via Nest thermostats.”

“For hours, the group tried to persuade Trump to take extraordinary, potentially illegal action to ignore the election results and try to stay in power. And for hours, some of Trump’s actual White House advisers tried to persuade him that those ideas were, in the words of one lawyer who participated, ‘nuts.’”

New York Times: “Even by the standards of the Trump White House, a meeting on Dec. 18, 2020, that was highlighted Tuesday by the Jan. 6 committee was extreme.”

House Jan. 6 Committee member Jamie Raskin (D-MD) told Axios on Tuesday that the panel decided to move its hearing that was initially scheduled for tomorrow to next Thursday due to receiving “an infusion of new testimony.”

More specifically, new testimony from ex-White House chief counsel Pat Cipollone, which has “opened up a number of different avenues,” according to Raskin.

“NASA is set to release its first full-color scientific images taken by the James Webb Space Telescope Monday and Tuesday,” Axios reports. “This long-awaited milestone will set the stage for the rest of the $10 billion telescope’s mission to rework our understanding of how the universe evolved from the earliest galaxies to today.”

Lawfare on Trump lying to Congress during his Second Impeachment Trial: “In so doing, he undermined the constitutional process of impeachment—as well as the peaceful transition of power.”

“In determining whether to bring charges, prosecutors have to assess not merely the quality of the evidence against Trump but also the national interest in a prosecution of the former president. Trump’s lies in the impeachment process should properly figure into prosecutors’ deliberations on this point. After all, this was the constitutional proceeding by which he was supposed to be held accountable, and a conviction would have included a Senate judgment of his ineligibility to ever again seek office again.”

“Corrupting the trial compounded the underlying conduct which prompted the impeachment by helping sap the adjudication of its value—thus making prosecution arguably a more important mechanism for holding the president accountable.”

Biden’s reported head-scratcher of a deal with McConnell is that GOP leader wouldn’t obstruct the President’s other picks in exchange for Meredith’s nomination. Slate reported that the picks McConnell agreed not to stonewall are nominees for two U.S. attorney posts in Kentucky.

If Biden ends up going through his apparent agreement with Senate Minority Leader Mitch McConnell (R-KY) to nominate Chad Meredith, a longtime anti-abortion Republican, as a federal judge in Kentucky, it’s not a sure bet that Meredith will actually get a confirmation hearing.

Senate Judiciary Committee chair Dick Durbin (D-IL) told Politico on Monday, “Imagine how controversial it would be within the Democratic caucus,” adding that “We’ll wait and see if we receive [the nomination] and then we’ll decide.”

Former President George W. Bush didn’t have the best things to say about his successor as Texas governor, Rick Perry, when he spoke to Mitt Romney during the 2012 Republican presidential primaries, Insider reports.

Said Bush: “People thought I was dumb. Well, wait till you get a load of this guy.”

Weeks after the Supreme Court overturned Roe v. Wade, HRA Pharma, a pharmaceutical company based in France, submitted an application to the Food and Drug Administration to authorize its birth control pill for over-the-counter purchase.

The FDA is expected to make its decision in about 10 months, according to HRA Pharma officials.

Another pharmaceutical company, Cadence Health, said it hopes to submit an application next year to make its birth control pills available to buy over the counter as well.

Don’t expect the Biden administration to speed up the authorization process, though. One of the White House’s co-chairs of its Gender Policy Council said on Friday that the FDA “has to go through its process.”

“As President Joe Biden faces calls for more drastic action on abortion, the legal team vetting his options has found itself preoccupied by a single pressing concern: That any action they could take would simply be struck down by the very court that put them in this place.”

And yet, “Federal health officials said doctors and hospitals must provide an abortion under federal law when a pregnant woman in emergency medical condition needs the procedure to be stabilized,” the Wall Street Journal reports.

“The Health and Human Services Department said Monday a federal law protecting access to emergency treatment mandates performing an abortion if a doctor deems it necessary in a medical emergency even if the procedure isn’t legal under state law.”

“The U.S. Supreme Court’s decision in June to overturn the 1973 Roe v. Wade case that legalized abortion nationwide has some students rethinking their higher education plans as states rush to ban or curtail abortion,” Reuters reports.

“While it has long been the case that some students hesitated to attend schools in places with different political leanings than their own, recent moves by conservative states on issues such as abortion and LGBTQ+ rights have deepened the country’s polarization.”

New York Times: “In a concurring opinion last month, Justice Brett Kavanaugh said the Constitution did not allow states to stop women from traveling to get abortions. But the issue is more complicated than that.”

“We have bigger problems than that. We’ll have a little more beachfront property. That’s not the worst thing in the world.” — Donald Trump, at a campaign rally in Alaska, dismissing climate change and rising sea levels.

“Key players in former President Trump’s last campaign have quietly distanced themselves from the president, raising real questions about who would staff his campaign as he edges closer to a bid for reelection in 2024,” The Hill reports.

“Former Gov. Bill Richardson is expected to travel to Russia in the coming weeks to discuss securing the release of Brittney Griner and Paul Whelan back to the United States,” CNN reports.

“The planned trip to Moscow by the former New Mexico governor and diplomat, who privately works on behalf of families of hostages and detainees, comes amid US government efforts to get the two Americans released and as pressure mounts to bring them home quickly.”

“Japan’s governing party and its coalition partner scored a major victory in a parliamentary election Sunday, possibly propelled by sympathy votes in the wake of the assassination of former Prime Minister Shinzo Abe,” the AP reports.

“Early results in the race for the parliament’s upper house showed Abe’s governing party and its junior coalition partner Komeito securing a majority in the chamber and adding more.”

Arizona House Speaker Rusty Bowers (R) told the Deseret News that he would not support Donald Trump, walking back a comment he made after his testimony to the January 6 Committee.

Said Bowers: “I will be supporting somebody in the primary other than Mr. Trump.”

In case you missed it, Arizona Gov. Doug Ducey (R) signed a bill last week banning people from taking videos of cops within eight feet of the officers, which is set to go into effect in September.

U.S. Central Command reported on Tuesday that ISIS leader Maher al-Agal had been killed in a drone strike that the U.S. carried out earlier that day in northwest Syria.

A 48-year-old Seattle man was arrested on suspicion of a hate crime for threatening to kill Rep. Pramila Jayapal (D-WA), the Seattle Times reports.