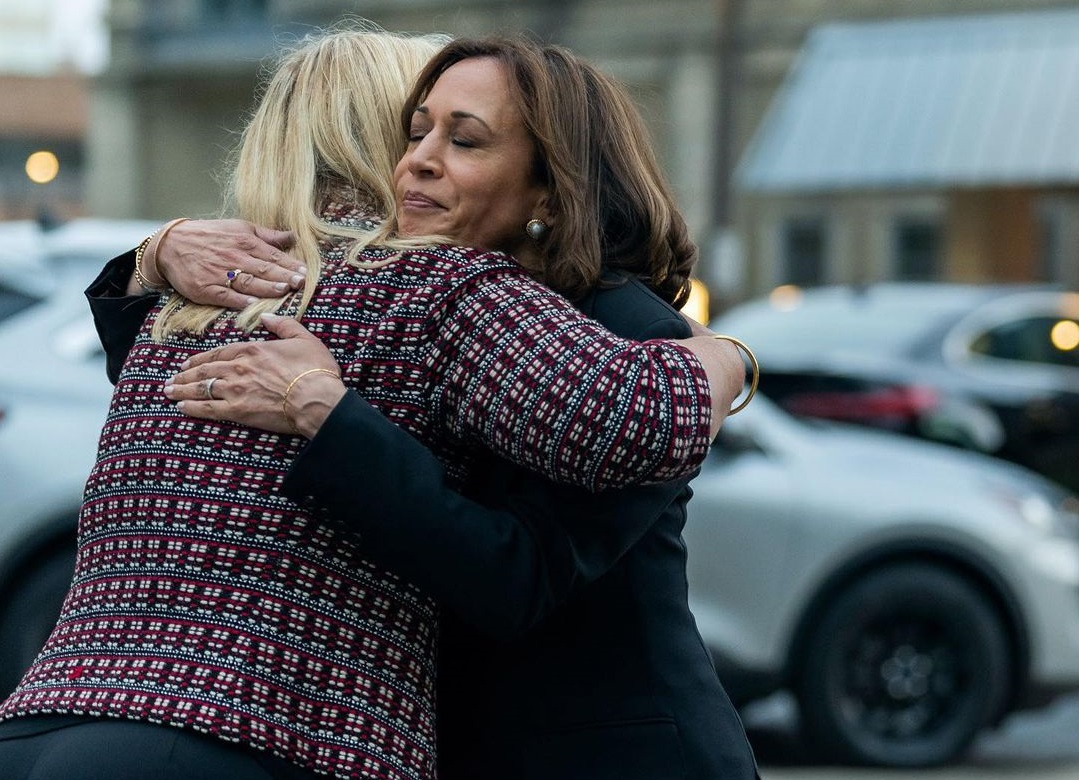 “The panel did not press him to either corroborate or contradict some specific details of explosive testimony by Cassidy Hutchinson, a former White House aide who captivated the country late last month with her account of an out-of-control president willing to embrace violence and stop at nothing to stay in power.”

Washington Post: “Biden and his team were also caught off guard by the timing of the decision and, in the immediate hours afterward, failed to channel the raw and visceral anger felt by many Americans over the decision.”

“To many increasingly frustrated Democrats, Biden’s slow-footed response on abortion was just the latest example of a failure to meet the moment on a wave of conservative rollbacks, from gun control to environmental protections to voting rights. Some aspects of the White House reaction have felt to some Democrats like a routine response, including stakeholder calls and the creation of a task force, to an existential crisis.”

Vice President Kamala Harris said that Democrats failed to codify Roe v. Wade in the past because they “certainly believed” that issue was “settled,” Axios reports.

Said Harris: “I think that, to be very honest with you… we certainly believed that certain issues are just settled.”

She added: “That’s why I do believe that we are living, sadly, in really unsettled times.”

New York Times: “Just a year and a half into his first term, Mr. Biden is already more than a year older than Ronald Reagan was at the end of two terms. If he mounts another campaign in 2024, Mr. Biden would be asking the country to elect a leader who would be 86 at the end of his tenure, testing the outer boundaries of age and the presidency. Polls show many Americans consider Mr. Biden too old, and some Democratic strategists do not think he should run again.”

“It is, unsurprisingly, a sensitive topic in the West Wing. In interviews, some sanctioned by the White House and some not, more than a dozen current and former senior officials and advisers uniformly reported that Mr. Biden remained intellectually engaged, asking smart questions at meetings, grilling aides on points of dispute, calling them late at night, picking out that weak point on Page 14 of a memo and rewriting speeches like his abortion statement on Friday right up until the last minute.”

“But they acknowledged Mr. Biden looks older than just a few years ago, a political liability that cannot be solved by traditional White House stratagems like staff shake-ups or new communications plans. His energy level, while impressive for a man of his age, is not what it was, and some aides quietly watch out for him. He often shuffles when he walks, and aides worry he will trip on a wire. He stumbles over words during public events, and they hold their breath to see if he makes it to the end without a gaffe.”

“Republicans are favored to take control of the House in this year’s midterm elections, and redistricting has given them a built-in advantage that could span the next 10 years,” the Wall Street Journal reports.

“The GOP is expected to net a handful of seats based solely on new district lines drawn to reflect population changes captured by the 2020 census. Perhaps more important, the party will start with a larger base of safe seats than Democrats. Such an advantage, which could stretch over the next five election cycles if the new maps survive court challenges and the country’s political polarization remains largely unchanged, will allow the Republican Party to direct more resources at fewer seats in seeking a majority. It will also make the party less vulnerable to suffering a large loss of seats in a single election.”

Chris Truax: “So if Democrats want to have any chance of surviving November, they need to stop trying to educate and start trying to motivate. Luckily for them, Republicans and the Supreme Court have just handed them what may be the biggest stick in the last half century of American politics.”

“So here is a second piece of political advice: Do talk about birth control.”

“In fact, talk about nothing but birth control and how Republicans want to ban it. You can start with Justice Thomas’s concurring opinion in Dobbs which points out that Griswold v. Connecticut—the 1965 case that made it illegal for states to regulate contraception—relied on the same reasoning as Roe and should now be struck down as well.”

A new Monmouth poll finds just 36% of the public describes the American system of government as basically sound.

“As he considers another White House run, polls show former President Donald Trump is the most popular figure in the Republican Party. But it wasn’t always that way,” the AP reports.

“Competing at one point against a dozen rivals for the GOP presidential nomination in 2016, Trump won only about a third of the vote in key early states. He even lost the Iowa caucuses, which kick off the nomination process.”

“But he was able to prevail nonetheless because those in the party who opposed his brand of divisive politics were never able to coalesce around a single rival to confront him. And with Trump mulling another White House bid as soon as this summer, the same dynamic could repeat.”

A new Gallup poll finds trust in the news media has plummeted to an all time low, with partisan preference being the driving factor.

Transportation Secretary Pete Buttigieg has moved his residency from Indiana to Michigan and plans to register to vote there, the Detroit News reports.

Buttigieg had purchased a home in northern Michigan with his husband, Chasten, who grew up in Traverse City.

Politico: “But the move also has another significant benefit. With two Democratic senators and a Democratic governor, Michigan is a much more hospitable state for a fellow Democrat with political ambitions. It’s also in the running to replace Iowa as the first presidential nominating contest.”

“U.S. boardrooms have become more Republican and more partisan over the past decade, according to a new study,” the Washington Post reports.

“Poor guy. He left before his soufflé because he decided half the country should risk death if they have an ectopic pregnancy within the wrong state lines. It’s all very unfair to him. The least they could do is let him eat cake.”  — Rep. Alexandria Ocasio-Cortez (D-NY), on Twitter, responding to reports that Supreme Court Justice Brett Kavanaugh left a DC steakhouse early amid protests outside.

New York Times: “Most Democratic donors are profoundly out of step with Ms. Cheney on those issues and others. But the Democrats supporting her say they have been impressed by her courage in opposing the former president — whom she voted to impeach after the Jan. 6 attack — and standing up for the peaceful transfer of power.”

Ron Brownstein: “For decades Republicans have marketed themselves as the party of freedom. During the 1990s and early 2000s, conservative activists took up the description of the GOP coined by the anti-tax activist Grover Norquist as the ‘leave us alone’ coalition, so named because it consisted of voters whose stated aspiration was to live without government interference. At the height of the coronavirus pandemic, Republican governors led by Ron DeSantis in Florida gravitated toward unbending opposition to business and school shutdowns, as well as to mask or vaccine requirements, often overriding Democratic-run local governments that tried to impose them.”

“But the systematic drive by GOP state officials and the Republican-appointed Supreme Court justices to roll back seemingly long-settled civil rights and liberties, including the right to abortion, has provided Democrats with a unique opening to reverse the terms of this debate, particularly in races for state offices, where the rights battles are now centered. An array of Democratic governors and gubernatorial candidates are presenting Republicans as a threat to Americans’ freedoms.”

The Army has suspended a three-star general’s contract and placed him under investigation after he posted a tweet that appeared to mock first lady Jill Biden, USA Today reports.

David French: “Ask any person to describe themselves, and they’ll likely respond with a mix of characteristics and virtues. They’ll describe their profession (lawyer, banker, plumber), their relationships (husband, father, grandfather), and their politics (Republican, Democrat), and if asked they might even describe their perceived virtues (honesty, fidelity, fortitude).”

“But what if the virtues conflict with other core parts of a person’s identity? Prior to the Trump years, Graham was joined at the hip with the maverick John McCain. During the 2016 campaign, he called out Trump’s flaws early and often.”

“So how would one describe Lindsey Graham, before Trump? He was a senator. He was powerful. And while all politicians are flawed, I’d say he was generally perceived to be both honest and independent.”

“But then, during the Trump years, honesty and independence directly and starkly clashed with status. Time and again, men and women in America’s political class found that they couldn’t possess both virtue and power. They had to make a choice.”