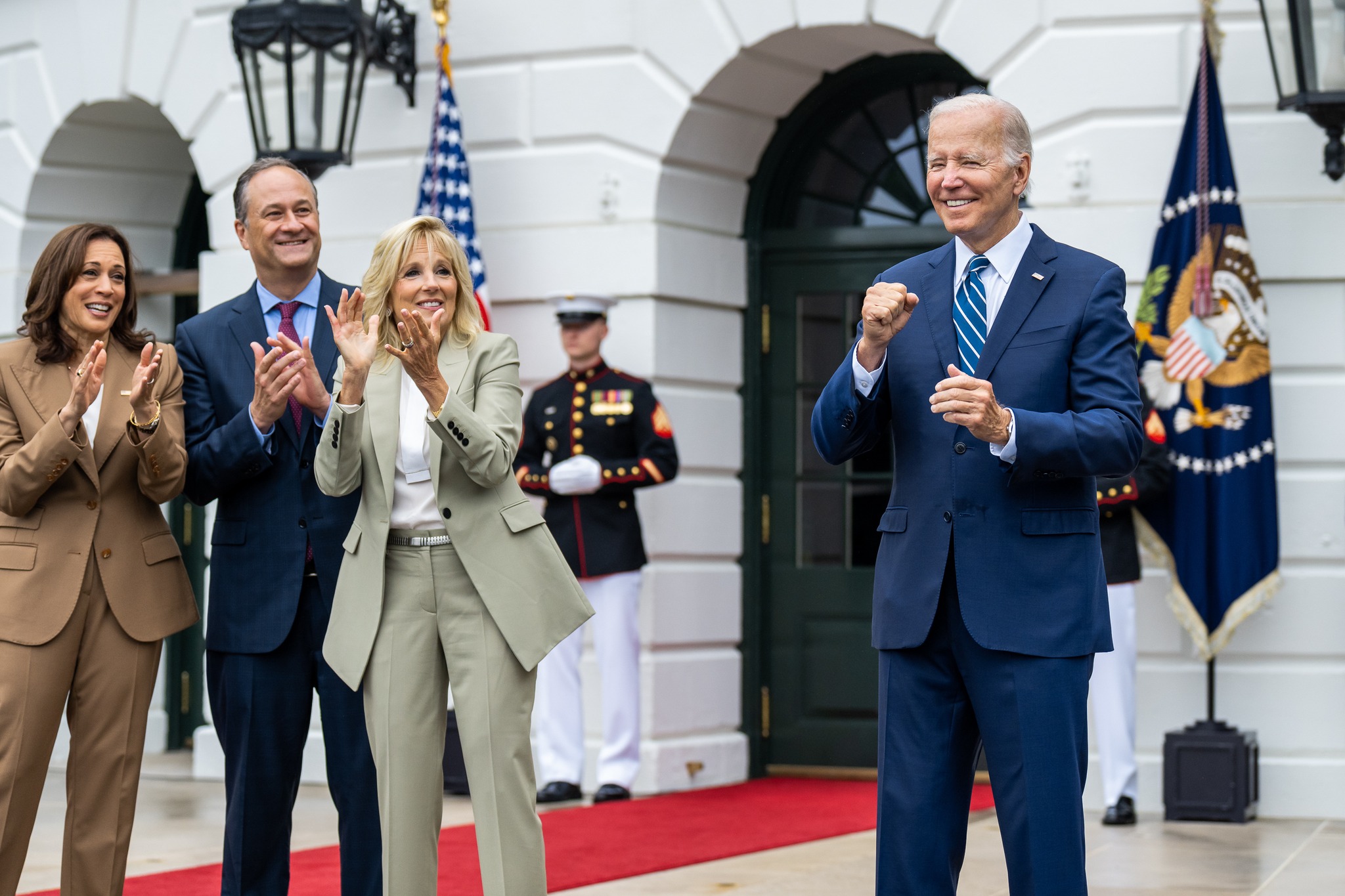 A new Gallup poll finds Americans “giving more thought to November’s elections for Congress than usual at this stage of the campaign and expressing above-average enthusiasm about voting.”

“They are also placing unusually high importance on certain issues — including the economy, gun policy and abortion — in determining their vote for Congress.”

Meanwhile, 61% of Republicans see the incident as a “legitimate protest.”

UTAH U.S. SENATOR. Utah U.S. Senate hopeful Evan McMullin (I) told NBC News that he would remain untethered to either political party, insisting he wouldn’t caucus with Republicans or Democrats if he wins.

He added: “There also are those in the Senate who, I think, are dangerously extreme, Sen. Lee is one of them, and others who have contributed to a weakening of this institution of Congress, and the Senate and of our democracy.”

WISCONSIN GOVERNOR. Former Lt. Gov. Rebecca Kleefisch is airing her first negative spot against wealthy businessman Tim Michels with a month to go before their Aug. 9 GOP primary. Kleefisch uses most of her commercial to blame Joe Biden and Democratic incumbent Tony Evers for gas prices, but she finishes by telling the audience that Michels “pushed for years to raise our gas tax while getting rich from massive government contracts.” The AP also writes that Kleefisch’s allies at the 1848 Project are also now running ads against Michels over the gas tax; however, the group refused to release a copy of the spot, much less reveal how much money was behind the effort.

OREGON GOVERNOR. Independent Betsy Johnson has publicized an internal from GS Strategy Group, a firm that normally takes on Republican clients, that shows Democrat Tina Kotek edging her out 33-30 as Republican Christine Drazan takes 23%. The one prior survey of this three-way race we’ve seen was a Nelson Research poll conducted just after the May primary that had Drazan beating Kotek 30-28 as Johnson lagged in third with 19%.

IOWA U.S. SENATOR. Democrat Mike Franken has released an internal from Change Research that shows him trailing Republican incumbent Chuck Grassley only 49-44 in a contest where major outside groups have yet to get involved. An April Change survey gave Grassley a 45-42 edge back when Franken looked like the primary underdog against former Rep. Abby Finkenauer, and we haven’t seen any other polls of this matchup.

GEORGIA and NEVADA U.S. SENATORS. Politico reports that Opportunity Matters Fund, a super PAC that serves as a vehicle to promote South Carolina Sen. Tim Scott’s presidential aspirations, is spending at least $1.3 million in Georgia and $474,000 in Nevada on commercials where Scott calls for viewers to send Republicans Herschel Walker and Adam Laxalt to the Senate. The PAC has received $20 million so far from billionaire Larry Ellison so there may be a whole lot more of these ads, which focus far more on Scott than the Senate candidates in each of those states, coming this cycle.

The Economist: “Democrats are starting to realize that they have a Hispanic problem. Party strategists who hoped that Donald Trump’s racially incendiary rhetoric, his campaign pledge of a big, beautiful border wall and the fiasco of his family-separation policy might have pushed more Hispanic voters into the Democratic camp found the opposite. Between 2016 and 2020, Mr Trump improved his share of the Hispanic vote, according to numbers crunched by Catalist, a Democratic-aligned political-data firm—from 29% to 37%. Among all major ethnic groups, that shift was the largest.”

“The Democratic erosion was worst along the Texas border and in Southern Florida—dimming Democrats’ hopes of winning Senate seats or governorships in those states.”

“Open borders and police abolition are dirty words, not the stuff of liberating slogans, for Hispanics who live along the southern border. Antipathy for encroaching socialism is especially high among Hispanics in southern Florida, many of whom arrived as refugees from dictatorial communist or leftist regimes.”

“All 25 Republican members of the Ohio Senate were mailed envelopes full of feces on Thursday morning launching a federal investigation,” the Columbus Dispatch reports.

GEORGIA U.S. SENATOR. “Georgia Republican Senate nominee Herschel Walker was once a ‘partner’ and ‘spokesman’ for a subsidiary of an energy company, Just Energy, which was repeatedly targeted by states’ attorneys general and utility agencies over allegedly deceptive practices,” CNN reports.

“Though much of Walker’s business record — and lawsuits and false claims around it — have been widely covered, his ties to Just Energy have not been scrutinized.”

PENNSYLVANIA U.S. SENATOR. John Fetterman (D) — facing Dr. Mehmet Oz (R) for U.S. Senate — “will go up on the airwaves across Pennsylvania this weekend with an advertisement that calls the Republican nominee ‘Doc Hollywood,’ and — flashing images of the candidate’s New Jersey mansion of a video of him kissing his star on the Hollywood Walk of Fame — says he’s ‘not one of us,;” the Pittsburgh Post-Gazette reports.

“The Democrat will also send an airplane over the beaches of the South Jersey shore, carrying a banner that will read, ‘Hey Dr. Oz, Welcome Home To NJ! <3 JOHN’”

The “not one of us” attacks carry a double meaning given Oz’s dual citizenship.

GEORGIA GOVERNOR. “Stacey Abrams, the Democratic nominee for Georgia governor, has raised $22 million during the past two months of her campaign, more than 3x the fundraising by her opponent, Republican Gov. Brian Kemp,” Axios reports.

MISSOURI U.S. SENATOR. “Former President Donald Trump on announced that he will not endorse Rep. Vicky Hartzler in the Republican primary for U.S. Senate, delivering a major setback for Hartzler as she attempts to stand out in a crowded field of candidates,” the Kansas City Star reports.

“It is unclear what prompted Trump to come out against Hartzler, but the statement leaves Missouri Attorney General Eric Schmitt and former Gov. Eric Greitens as the two most likely candidates to receive the endorsement in the final month before the Aug. 2 primary.”