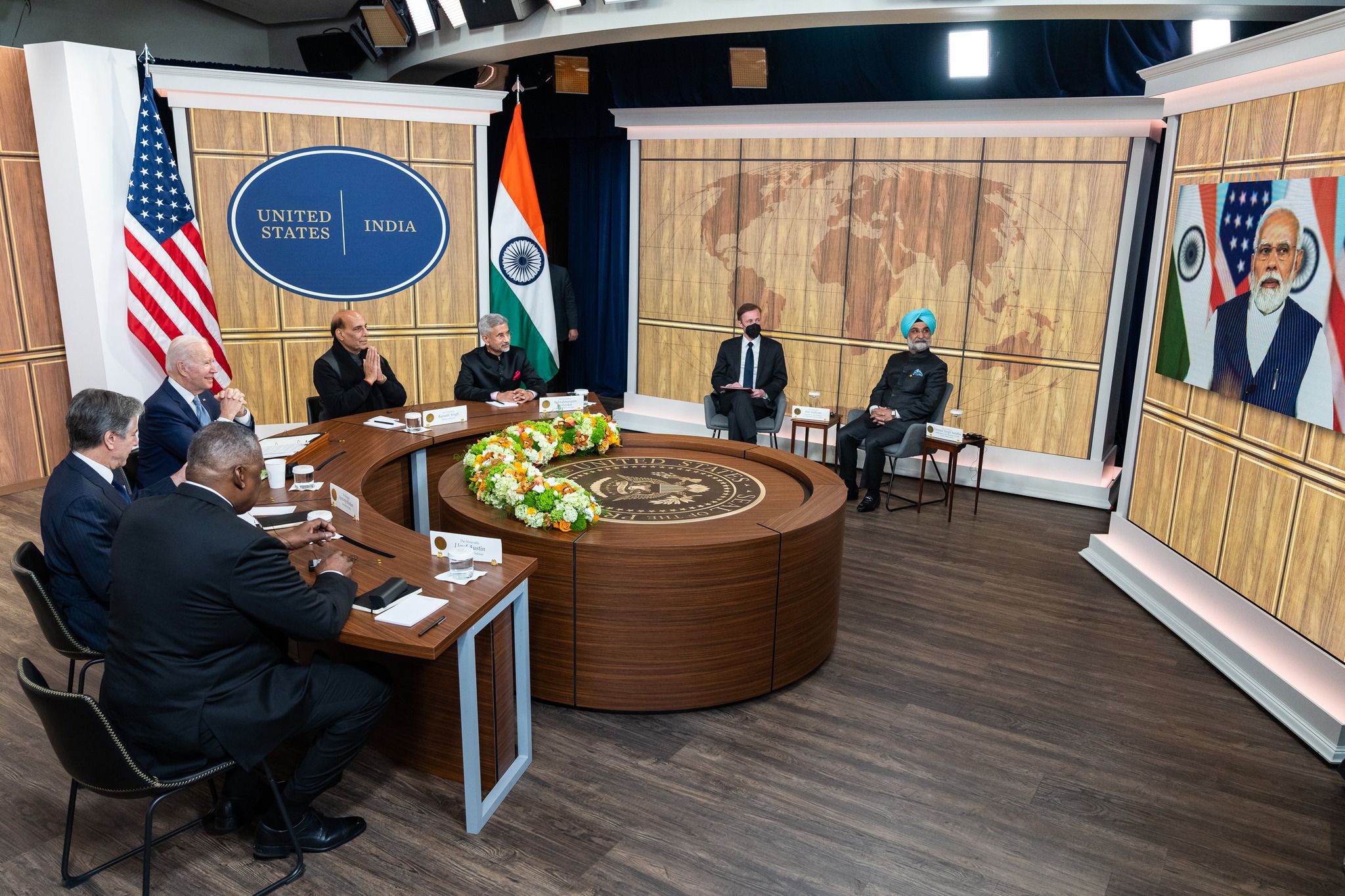 “When asked to share their candid thoughts about the Democrats’ chances of hanging onto their House majority in the coming election, party strategists often use words that cannot be printed in a family newsletter,” the New York Times reports.

“But a brighter picture is coming together for Democrats on the Senate side. There, Republicans are assembling what one top strategist laughingly described as an ‘island of misfit toys’ — a motley collection of candidates the Democratic Party hopes to portray as out of the mainstream on policy, personally compromised and too cozy with Donald Trump.”

National Journal: “What has changed? Polarization—at two levels. Gerrymandering has reached new heights, with a Republican-favoring map set for the 2022 elections that has fewer competitive seats than we’ve seen in decades. That the map generally favors Republicans is not new—Democrats have long needed to maintain an advantage on the generic-ballot question to overcome the reality that more districts favor Republicans than Democrats.”

“The new part is how few competitive races are actually left, as the number of competitive districts has been trending downward for the last 30 years. The Cook Political Report with Amy Walter lists 55 districts in competitive territory for 2022—down from to 75 in 2018. Moreover, in 2018, only five of those 75 districts were Democrat-held, meaning Democrats had a lot more to gain than lose. In 2022, the script is flipped: 41 of the 55 are held by Democrats, making significant Republican gains possible—but not to the degree of the Democratic gains in 2018. As Charlie Cook has noted, predictions of massive Republican gains are unrealistic, given that the GOP already begins the game with 212 seats.”

“The second piece of the polarization equation as it relates to the generic ballot is how survey responses reflect partisanship. Discussions about presidential job approval are instructive here: At first it seemed that chronically low approval ratings were a problem unique to former President Trump, but Joe Biden quickly wore out his honeymoon, and himself settled into Trump-level approvals. It now appears that partisans are simply less likely to admit liking anything about the president of the opposing party than they used to be.”

“But he’s speaking into a real vacuum. Democratic voters crave signs that party leaders understand their frustration is bordering on panic: As they see it, the side making serious ideological gains is the opposition, whose chances of winning Congress don’t seem diminished by revelations about Trump’s GOP-enabled effort to destroy our political order, court decisions gutting long-settled rights, or mass-shooting nightmares that seem horrifyingly inevitable.”

“Newsom’s foray captures a sense that a generational turn among Democrats is needed for party leaders to communicate effectively about this pileup of perils.”

“Former President Trump’s plans to announce his 2024 presidential campaign as early as this summer, well before what he previously indicated, throws a wrench into Republicans’ strategy for winning back the Senate and House majorities in November,” The Hill reports.

“Senate Republican Leader Mitch McConnell (R-KY) and House Minority Leader Kevin McCarthy (R-CA) made clear they want the 2022 midterms to be a referendum on President Biden and his handling of inflation and the economy.”

“But that strategy will run into trouble if Trump announces his plans to run for president again in 2022.”

PENNSYLVANIA GOVERNOR. “In what analysts are calling an unprecedented move in an era of extreme hyperpartisanship, a group of Republican leaders — including a number of former officials who have been stalwarts of Pennsylvania’s GOP establishment for decades in Harrisburg and D.C. — is bucking their party to endorse Democrat Josh Shapiro for governor,” the Pittsburgh Post-Gazette reports.

“Mr. Shapiro, the sitting attorney general, will roll out the endorsements of 10 Republicans on Wednesday as part of a continued effort to label his candidacy a reach-across-the-aisle aficionado who will unify the parties to get things done.”

NEBRASKA 1ST CD. “Some voters in last month’s special election to replace former Rep. Jeff Fortenberry in Nebraska’s 1st District won’t be represented by the Republican who won, Mike Flood, until January — and only if Flood wins again in November,” Roll Call reports.

“Meanwhile, it’s an open question whether anyone, besides the state’s two senators, represents them in Congress for the remainder of this year.”

“That’s because the Cornhusker State’s redistricting law called for using new district maps enacted last year for the June 28 special election to fill the remainder of Fortenberry’s term. But congressional rules define lawmakers’ constituents for the remainder of this year using the maps that were in place for the 2020 election, when Fortenberry last won.”

A new YouGov poll for CBS News shows Republican Gov. Greg Abbott leading former Democratic Rep. Beto O’Rourke 49-41, which is similar to the margins YouGov has found on behalf of other clients this year. Most recently, an April poll for the University of Texas had Abbott up 48-37, while a month earlier, a survey for the Texas Hispanic Policy Foundation put Abbott ahead 50-42.

GEORGIA U.S. SENATOR. “Sen. Raphael Warnock (D-GA) used campaign money to cover legal expenses for a lawsuit relating to his time as a church minister — transactions that raise questions about whether the spending runs afoul of federal rules governing personal use of campaign funds,” Politico reports.

MISSOURI U.S. SENATOR. State Attorney General Eric Schmitt is reportedly spending $650,000 to air a new ad in which he calls Joe Biden “a total disaster” and promises to “tak[e] my blowtorch to his socialist agenda.” As he speaks, he ignites a jumbo blowtorch that’s longer than his torso and crows about fighting Biden’s border policies and “Fauci’s COVID mandates” while siding with Donald Trump “to stop election fraud.” Each topic also appears in a chyron accompanied by a billowing fireball.

GEORGIA GOVERNOR. Stacey Abrams’ latest campaign ad didn’t run on television, radio, or even the internet: Rather, as the Atlanta Journal-Constitution reports, it appeared on 5,500 gas station pumps across the state as the Fourth of July holiday weekend began, focusing on her call to suspend Georgia’s gas tax for the rest of the year. Republican Gov. Brian Kemp has resisted Abrams’ demand, even though he’s twice extended a temporary suspension that passed the legislature with bipartisan support earlier this year.

ILLINOIS 6TH CD. Former Rep. Dan Lipinski, who lost to Rep. Marie Newman in the Democratic primary in 2020, says he’s considering a comeback bid as an independent. Such a campaign would not pit him against Newman in his old 3rd District but rather Rep. Sean Casten, who defeated Newman in last month’s primary for the new 6th District, a seat in the Chicago suburbs that Joe Biden would have carried 55-44.

To get on the November ballot, Lipinski would have to submit 5,000 signatures by Monday, and in a new op-ed he penned in the Chicago Tribune, he made it sound as though such an effort is in fact underway. However, the conservative Lipinski, who was one of the very last House Democrats to oppose abortion, also suggested that he might take a pass entirely, saying he was weighing whether to “run now, or in two years, or find other ways to contribute to the fight to set our country on a better path.” Republicans are running Orland Park Mayor Keith Pekau, who has raised little.

NEW YORK 19TH CD SPECIAL ELECTION. An internal poll for Democrat Pat Ryan of the Aug. 23 special election for New York’s vacant 19th Congressional District finds Ryan trailing Republican Marc Molinaro by a close 43-40 margin. The survey, which was conducted by Public Policy Polling in the days after the Supreme Court’s Dobbs decision, also argues that Ryan would jump into the lead based on messaging around Molinaro’s opposition to abortion rights. Molinaro allies recently released very different numbers of their own that showed the Republican up 52-38, but that poll was taken prior to Dobbs.

Ashley Lopez at NPR: “The Christian Right is winning in court while losing in public opinion

[Robert P.] Jones [PRRI] said he also sees the Christian Right beginning to part with democratic norms. For example, many Christian conservatives have been supporting voting restrictions and backing Trump’s election lies. Jones said it’s one of the ways they can make sure their country is a Christian nation.

“I think we are seeing the last kind of desperate grasp – that by the way includes violence – that is kind of a desperate attempt to kind of hold on to that vision of the country and to hold on to power,” he says.

Ultimately, Jones said, this period in American history could be a hingepoint for democracy.

“I think if we can protect our democratic institutions and we can weather these attacks on it, then I think there is light at the other end of the tunnel,” he said. “But I do think we are in for some dark days.”