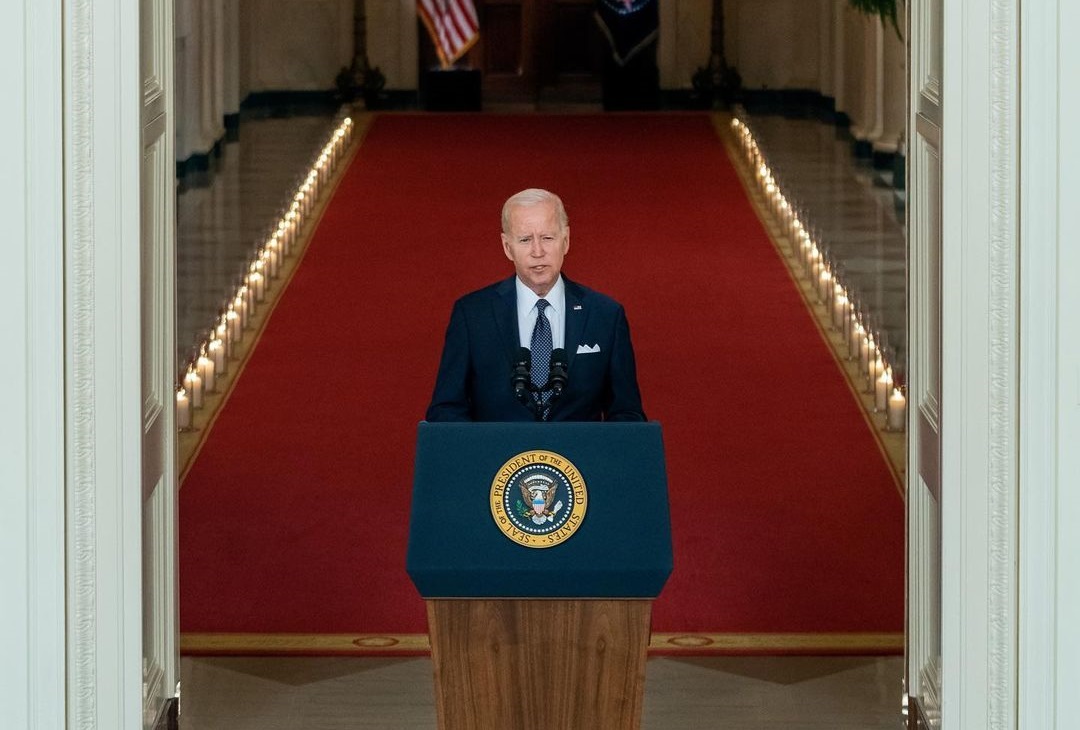 On the final day of its term last week, the Supreme Court announced that it will hear Moore vs. Harper, a North Carolina case involving gerrymandered congressional district maps drawn by the state’s Republican-controlled legislature. North Carolina’s Supreme Court rejected the maps because they violated the state Constitution in illegally favoring Republicans.

But while the case involves state legislative districts, it could also impact how we choose presidents.

That’s because the Supreme Court will ultimately be deciding whether state legislatures have the power to override election laws.

To understand how that might impact a presidential election, take a look at Article II, Section 1 of the U.S. Constitution:

“Each State shall appoint, in such Manner as the Legislature thereof may direct, a Number of Electors, equal to the whole Number of Senators and Representatives to which the State may be entitled in the Congress…

The Electors shall meet in their respective States, and vote by Ballot for two Persons… which List they shall sign and certify, and transmit sealed to the Seat of the Government of the United States, directed to the President of the Senate.

Nowhere does it suggest a majority vote of the people be the decider in allocating electoral votes.

If the Supreme Court rules that legislatures have the final say to allocate electoral votes, that decision could be made even without the consent of the state’s governor as the Electoral Count Act currently prescribes.

Since the U.S. Constitution only mentions the state legislatures, Republican controlled legislatures in Michigan, North Carolina, Wisconsin and Pennsylvania could possibly decide to allocate electoral votes without the approval of the Democratic governors in those states.

Conservative judge J. Michael Luttig recently wrote that this is effectively the blueprint to allow Republicans to “steal” the 2024 presidential election from Democrats.

As we learned in 2000 and 2016, the national popular vote doesn’t decide who wins the presidential election. If the Supreme Court grants state legislatures the ultimate authority over elections, then neither will the majority vote in the states.

Just 10% of Americans say the country is headed in the right direction while 88% say it is on the wrong track. This marks an all-time low for this question.

A new Gallup poll finds that only 38% of Americans are “extremely proud” of being an American, while another 27% say they are “very” proud.

“This record-low level of extreme national pride comes at a challenging time in the U.S. as a pandemic-weary public is struggling with the highest U.S. inflation rate in more than four decades.”

David Ignatius: Nearly every American has a foreboding the country they love is losing its way.

Meanwhile, Schmitt launched a new ad saying that if elected he’ll take a “blowtorch” to the Biden agenda while literally holding a blowtorch.

“The Democratic Governors Association hopes to turn anger at the overturning of Roe v. Wade into big-dollar fundraising for critical races where governors will hold sway over abortion access at the state level,” ABC News reports.

“The DGA said it aims to raise $10 million for the new fund. The targeted states where the money will be directed include Arizona, Florida, Michigan, Ohio, Pennsylvania, Texas and Wisconsin.”

“Few people noticed when the Federal Election Commission deadlocked last month over whether Rep. Byron Donalds of Florida in 2020 had broken a law intended to keep money raised for a state campaign out of federal elections,” CNN reports.

“But election lawyer Brett Kappel closely followed the case, and he immediately thought of one person who could benefit greatly from the outcome: Ron DeSantis.”

“The Florida governor is shattering national fundraising records as he seeks a second term, attracting gobs of money from Republican donors eyeing DeSantis as a potential presidential candidate in 2024. At the end of May, DeSantis was sitting on $111 million – more money than any candidate has ever needed to win an election in the Sunshine State. More donations come in almost every day.”

“Virginia Gov. Glenn Youngkin (R) is preparing to fan out across the country to stump for Republican candidates on the midterm election ballot as he tests his appetite for national politics and a possible 2024 presidential bid,” the Washington Examiner reports.

Donald Trump is holding discussions about announcing a 2024 campaign, sources told The Hill, “with some current and former advisers believing it is a matter of when, not if, Trump will launch a third White House bid.”

Sources say a campaign announcement could come as early as this summer.

“I’ve had the opportunity to have him on my show more than once. I’ve said no every time. I don’t want to help him. I’m not interested in helping him.” — Podcaster Joe Rogan, quoted by The Week, on declining interviews with Donald Trump.

Max Boot says American democracy is broken and here’s how to fix it. “There is no justice in a political system that gives Republicans six of nine Supreme Court seats even though a Republican has won the popular vote for president only once in the past 30 years. So, too, there is something deeply amiss with a Senate that gives California (population 39.3 million) the same number of seats as Wyoming (population 581,348). The Founders never envisioned such an imbalance between power and population. It undermines any pretense that we are still a democracy.”

Bill Scher: “Instead of fighting each other over abortion, Democrats can fight these Republicans.

Per reports from The New York Times, The Washington Post, and National Public Radio, there is mounting “frustration” from progressives over the White House’s response to the Dobbs decision. Ocasio-Cortez, on Twitter, shared a viral video of two abortion rights protestors chastising “Joe Biden’s campaign” for making a fund-raising appeal in the aftermath of Dobbs when Democrats have failed to codify abortion rights despite their congressional majorities. The New York representative sympathetically added, “We simply cannot make promises, hector people to vote, and then refuse to use our full power when they do.”

Legitimate arguments can be made about whether Democrats should take every conceivable action—without regard to existing law and Senate rules—to protect abortion rights now or whether party members should only work within the system because further erosion of norms would make all rights, reproductive and beyond, at the mercy of shifting political winds.

But why should Democrats get mired in an intraparty debate about tactics when they can unite against Republicans banning abortion?”

This sort of bad news has overshadowed one of the more interesting and encouraging changes in the country. Starting in May 2020, Colorado modified its registration system so that anyone who gets a new driver’s license and provides proof of citizenship is now automatically registered to vote. The state then sends people a postcard informing them of their registration and offering them a chance to opt out. That’s a small tweak from the prior system, in which anyone who came to the DMV would be offered the option to register, but a study produced earlier this year by two Stanford University political scientists shows that the new approach has made a significant difference: more than 200,000 new registered voters in the 16 months through September 2021, in a state where about 3.3 million votes were cast in the 2020 presidential election.

That’s the first real empirical indication of how effective this system, known as “back-end automatic voter registration,” can be, as compared with the more common “front end” system, in which people are offered a chance to opt into registering when they visit the DMV. (The latter approach is “automatic” insofar as voters don’t have to visit a different agency or mail in a form.) While democracy advocates and many in the Democratic Party fret over threats to voting, a shift to back-end AVR could be a simple and effective way to lower barriers to voting and expand access.”