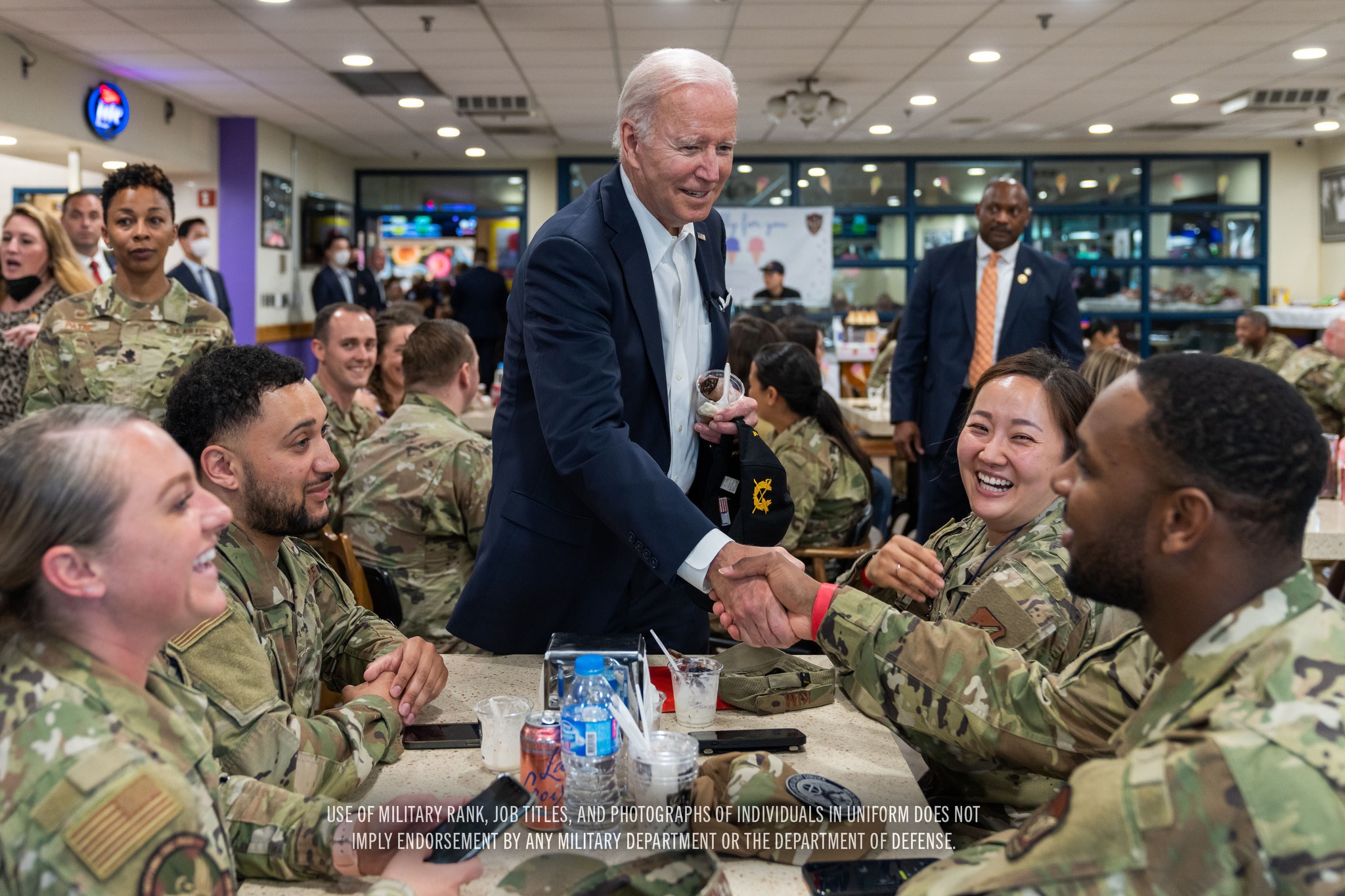 Rep. Liz Cheney (R-WY) acknowledged the possibility of a presidential run in 2024 in an interview with ABC News, but said she hasn’t “made a decision about that yet.”

Playbook: “You would expect last week to have been dominated by President Joe Biden. The Supreme Court set back the liberal policy agenda by decades — on abortion, gun control, the separation of church and state and climate change — while the Jan. 6 committee presented its most compelling evidence that Donald Trump may be criminally responsible for the attack on the Capitol.”

“But it was Cheney rather than Biden who emerged as the face of the opposition to Trumpism.”

“It can’t survive if he’s our nominee. I think that he can’t be the party nominee, and I don’t think the party would survive that.” — Rep. Liz Cheney (R-WY), interviewed on ABC News, on whether Donald Trump will be the Republican presidential nominee in 2024.

Said Newsom in the ad: “Freedom is under attack in your state. Your Republican leaders, they’re banning books, making it harder to vote, restricting speech in classrooms, even criminalizing women and doctors.”

Before becoming the Trump-backed Republican nominee for Michigan secretary of state, Kristina Karamo said that abortion is “child sacrifice” and a “satanic practice,” CNN reports.

Karamo also called abortion the “the greatest crime of our nation’s history.”

NBC News: “The Kentucky Republican’s goal is to downplay the contentious issues on which suburban voters may be more sympathetic to Democrats — including gun restrictions, abortion rights and former President Donald Trump’s lies that the 2020 election was stolen — to soften the GOP’s image with this group of voters ahead of the midterm elections.”

“A Republican leadership aide familiar with McConnell’s thinking said he wants to make the 2022 midterms a referendum on President Joe Biden, hoping that disenchantment over inflation and gas prices will power the GOP back into the majority.”

Said the aide: “Not about Trump. Not about guns. Not about abortion. But about the things that are really keeping people up at night.”

Washington Post: “The letter was one of dozens of demands that Trump’s attorneys and aides have sent in recent years. But those efforts have not stopped the deceptive solicitations that flood Republican phones and inboxes daily. Eighteen months after leaving office, Trump remains the biggest draw for GOP donors, especially those who give small contributions. While he continues to rake in money, he also faces armies of unaffiliated fundraisers who ape or mimic Trump appeals and sometimes threaten or bully Republicans in Trump’s name to get money.”

“At the same time, Trump himself is no stranger to misleading fundraising appeals. His team often sends a dozen or more appeals in a day to gin up money, often with suspect claims, like saying donations will be matched 700 percent.”

Jonathan Weisman of The New York Times writes about a real and growing divide between Blue State America and Red State America.

“The tearing at the seams has been accelerated by the six-vote conservative majority in the Supreme Court, which has embraced a muscular states-rights federalism. In the past 10 days the court has erased the constitutional right to an abortion, narrowed the federal government’s ability to regulate climate-warming pollution and blocked liberal states and cities from barring most of their citizens from carrying concealed guns outside of their homes.

“They’ve produced this Balkanized house divided, and we’re only beginning to see how bad that will be,” said David Blight, a Yale historian who specializes in the era of American history that led to the Civil War.

Historians have struggled to find a parallel moment, raising the 19th-century fracturing over slavery; the clashes between the executive branch and the Supreme Court in the New Deal era of the 1930s; the fierce battles over civil rights during Reconstruction and in the 1950s and early 1960s; and the rise of armed, violent groups like the Weather Underground in the late ’60s.

For some people, the divides have grown so deep and so personal that they have felt compelled to pick up and move from one America to the other.

“Kansas voters have said no to Kris Kobach twice over the past four years. But he is nonetheless betting that this can be the year he makes a political comeback,” the AP reports.

“His losses, including a 2018 defeat that handed the governor’s office in this Republican-leaning state to a Democrat, might end other political careers. But Kobach, who built a national reputation as an immigration hard-liner while Kansas secretary of state, is now aiming for the state attorney general’s office.”

NBC News: “Unpopular presidents tend to fare poorly in midterm elections. But Biden-world sees an opening to defy the historical trends, springing from some of the same setbacks that have so angered the Democratic base.”

“Republicans are overreaching in ways that will alienate voters, White House allies contend.”

Said Washington Gov. Jay Inslee (D): “I can tell you that on the street, what you hear is a bubbling, seething cauldron of anger at the Republican Party for putting in these antediluvian judges who think they can take us back to the 18th century. My spidey sense and the polling indicate it’s going to help people decide not to vote for the red team.”

Gallup: “Americans are less confident in major U.S. institutions than they were a year ago, with significant declines for 11 of the 16 institutions tested and no improvements for any.”

“The largest declines in confidence are 11 percentage points for the Supreme Court — as reported in late June before the court issued controversial rulings on gun laws and abortion — and 15 points for the presidency, matching the 15-point drop in President Joe Biden’s job approval rating since the last confidence survey in June 2021.”

“A debate is raging inside the Democratic Party about whether it’s giving its base — especially those under 30, the generation that most strongly supports abortion rights — enough motivation to keep voting for the party, as federal Democrats struggle to meaningfully push back against the overturning of Roe v. Wade,” Politico reports.

“The fear is that an already deflated Democratic base won’t show up in November, particularly the youngest voters, who smashed participation records in the last two elections and backed President Joe Biden by a 25-point margin in 2020.”

New York Times: “After struggling for months against daunting political challenges, Democrats have a new opening to engage moderate women… who have been critical to the party’s recent victories but are often seen as swing voters this year, according to interviews with more than two dozen voters, elected officials and party strategists across the country.”

“From the suburbs of Philadelphia and Grand Rapids to more conservative territory in Nebraska, there are early signs that some voters who disapprove of Mr. Biden also increasingly believe that Republicans have gone too far to the right on a range of issues, particularly abortion…”