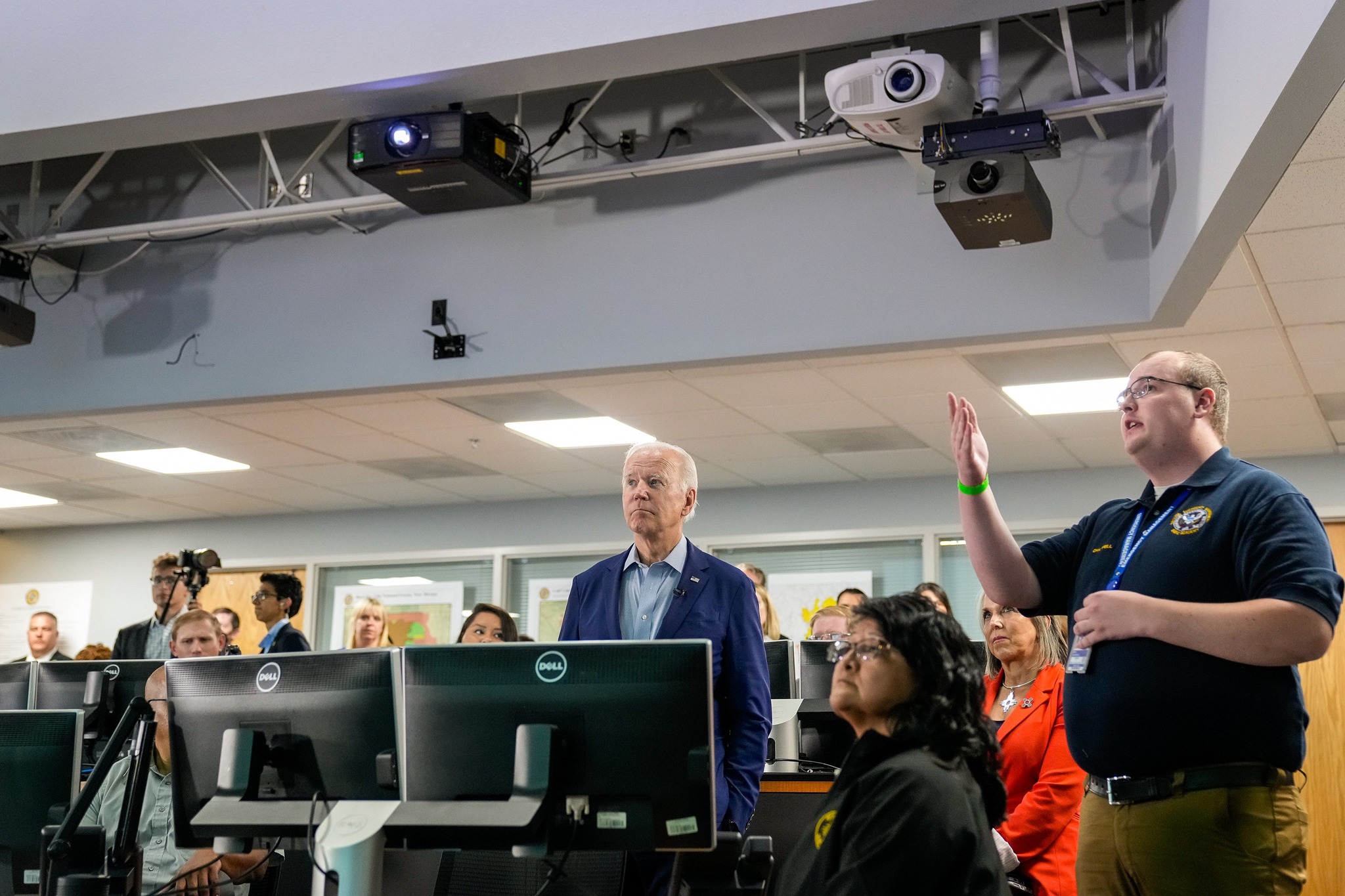 A new Harvard CAPS/Harris poll finds 64% of registered voters “think Joe Biden is showing he is too old to be President” and 71% think he should “not run for a second term.”

Meanwhile, 61% of registered voters say Donald Trump should not run for president.

“If Donald Trump runs for president again, he’ll likely be the party’s nominee. But a raft of GOP candidates looks ready to take him on, a sign he’s losing some of his dominance in Republican circles,” NBC News reports.

“Meanwhile, Trump’s estranged 2020 running mate, former Vice President Mike Pence, is positioning himself for an expected run against his old boss, while Arkansas Sen. Tom Cotton has become a frequent visitor to Iowa and New Hampshire, another early-voting state.”

The 2024 presidential race is shaping up to be unlike any we’ve ever seen.

Joe Biden and Donald Trump are the clear favorites to win their respective parties’ nominations — at least as of this writing. Both men are making plans to formally announce their candidacies very early — Trump as soon as this month and Biden just after the midterm elections.

Yet a new poll shows the vast majority of Americans don’t want either of them to run again. As Mark Halperin puts it: “Almost nobody wants them but nobody can make them stop running — and nobody can easily challenge them either with reason or a rival campaign.”

This is happening against the backdrop of two huge stories this week: the Supreme Court’s generational shifts on abortion, guns and climate regulation and the January 6 Committee’s increasingly clear evidence of crimes by Trump.

That makes for an extremely weird presidential race.

“In the 30-second spot, the first from Pompeo’s political action committee, CAVPAC, he celebrates the Supreme Court decision in Kennedy v. Bremerton School District that sided with a high school football coach who sued on First Amendment grounds after being fired for praying at midfield.”

“Republicans are bracing for Donald Trump to announce an unusually early bid for the White House, a move designed in part to shield the former president from a stream of damaging revelations emerging from investigations into his attempts to cling to power after losing the 2020 election,” the New York Times reports.

“While many Republicans would welcome Mr. Trump’s entry into the race, his move would also exacerbate persistent divisions over whether the former president is the party’s best hope to win back the White House. The party is also divided over whether his candidacy would be an unnecessary distraction from midterm elections or even a direct threat to democracy.”

NPR: “While Trump has most notably spent the last 18 months denying his 2020 election defeat, despite clear evidence he lost, he’s not the only one. During this election cycle, candidates across the country have refused to concede – even in races that are not remotely close.”

“In all of these cases, there is no evidence to back up claims of fraud that could reverse defeats, and most of these elections were not remotely close.”

“Republicans want to win badly in 2022, and it is dawning on many of them that relitigating the 2020 election with Trump’s daily conspiracy diatribes are sure losers.” — GOP strategist Dick Washams, quoted by the New York Times.

“Listen, I think that we need to focus on keeping a democracy for anybody to be president in the next couple of years.” — Rep. Alexandria Ocasio-Cortez (D-NY), quoted by the HuffPost, when asked if she’s going to run for president.

“In the first week after the Supreme Court stripped away a woman’s constitutional right to have an abortion, Democrats and aligned groups raised more than $80 million, a tangible early sign that the ruling may energize voters,” the AP reports.

“But party officials say donors are giving much of that money to national campaigns and causes instead of races for state office, where abortion policy will now be shaped as a result of the court’s decision. That’s where Republicans wield disproportionate power after more than a decade of plunging money and resources into critical but often-overlooked contests.”

“Dan Cox’s campaign for governor of Maryland got an early endorsement from Donald Trump last fall. And now, Democrats want Republican primary voters to know all about it,” Politico reports.

“The Democratic Governors Association launched a new ad Friday blasting Cox, a state lawmaker, for his ties to Trump, for being ‘100 percent pro-life’ and for ‘refusing to support any federal restrictions’ on guns. ‘Dan Cox: Too close to Trump, too conservative for Maryland,’ the narrator intones.”

New York Times: “The bigger, more consequential question — not just for the moderates but for all Democrats — is whether this projected midterm wipeout is merely a cyclical occurrence or the manifestation of a much deeper and more intractable problem.”

“While some of them remain reluctant to publicly concede the reality that the Democratic Party has indeed shifted left — either out of fear of angering their fellow Democrats or validating Republican attacks — they will readily acknowledge that voters perceive the party as having drifted out of the mainstream. And they are convinced that this is threatening their political survival.”

If you missed the debate between the Republican candidates for Arizona governor, the highlights are worth watching.