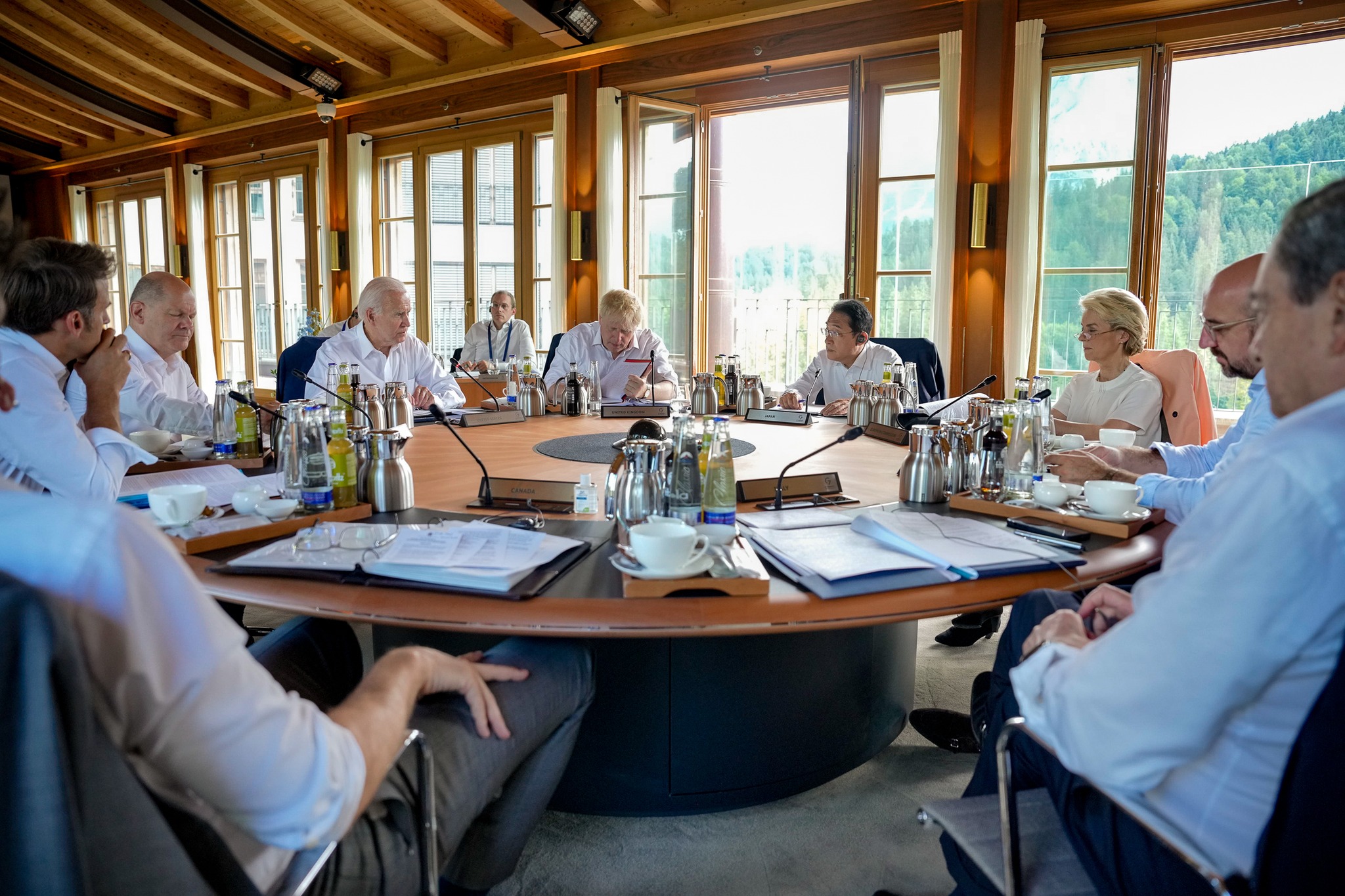 “The Jan. 6 select committee publicly pointed to two communications this week as potential evidence of Trump-world’s efforts to influence witness testimony — without revealing their origin. Both were detailed to the panel by Cassidy Hutchinson,“ Politico reports.

“Both of the two slides that the panel revealed at the end of its live hearing with Hutchinson reflected conversations she described to the committee in her final closed-door deposition, Hutchinson told the committee at the time that, on the eve of her earlier March 7 deposition, an intermediary for former White House chief of staff Mark Meadows contacted her to say that her former boss valued her loyalty.”

Washington Post: “Numerous people close to the committee’s work say the abrupt decision to go public with Hutchinson’s testimony, which surprised even some of its top aides and which involved presenting the world with details the committee itself had learned only days earlier, was necessary to prevent her account from leaking. With evidence that Trump allies were trying to influence her decision to talk, some members also worried she might back out if they waited any longer.”

“By rolling the dice, the committee attracted the attention it has sought for its message that Trump’s role in precipitating the Jan. 6 attack was illegal, unconstitutional and disqualifying for any future bid for public office.”

“A former White House aide’s stunning testimony before the House panel investigating the Capitol attack indicated that the U.S. Secret Service may have had advanced warning of the potential for violence at the Capitol, raising new questions about the agency’s planning ahead of the riot and actions taken by agents on Jan. 6,” ABC News reports.

“Among the topics Ornato discussed with the committee, the source said, were then-President Donald Trump’s knowledge of then-Vice President Mike Pence’s whereabouts during the attack on the US Capitol and whether Trump could have done more to encourage the rioters to calm down and leave the building.”

“Ornato’s answers to those questions and more have not been revealed by the committee.”

“But the very next day was June 24, when the U.S. Supreme Court overturned Roe v. Wade and ended the federal constitutional right to abortion — effectively banning abortion in Kentucky because of its trigger law.”

“Meredith’s nomination — which hadn’t been revealed to the public — was not announced or submitted by the White House. However, there is no indication it has been rescinded.”

“Texas can enforce its abortion ban from 1925, the state Supreme Court ruled late Friday evening, a decision that exposes abortion providers to lawsuits and financial penalties if they continue to perform the procedure,” the Texas Tribune reports.

“The court overruled a district judge in Houston, who on Tuesday had temporarily blocked the state’s old abortion law from going into effect. That law made performing an abortion, by any method, punishable by two to 10 years in prison.”

“The most immediate breaking point is on abortion, as about half the country will soon limit or ban the procedure while the other half expands or reinforces access to reproductive rights. But the ideological fault lines extend far beyond that one topic, to climate change, gun control and L.G.B.T.Q. and voting rights.”

“On each of those issues, the country’s Northeast and West Coast are moving in the opposite direction from its midsection and Southeast — with a few exceptions, like the islands of liberalism in Illinois and Colorado, and New Hampshire’s streak of conservatism.”

New York Times: “Many people who oppose abortion believe that life begins at conception and that abortion is murder. Abolitionists follow that thinking to what they believe is the logical, and uncompromising, conclusion: From the moment of conception, abolitionists want to give the fetus equal protection as a person under the 14th Amendment.”

“But the abolitionist reach has been growing over the past year, largely through online activism and targeted efforts in some state legislatures and churches.”

“Thanks to the Supreme Court, the battle for control of the House and Senate isn’t the only major story in this year’s midterm elections. Now there is renewed focus on the states, where a handful of gubernatorial races could change the balance of power between the parties and determine the future of abortion and voting rights, not to mention influencing who is elected president in 2024,” the Washington Post reports.

“The high court’s decision overturning Roe v. Wade moves the abortion issue to the states, where legislatures and governors will determine what access, if any, women will have to abortions. In the absence of federal action, states have begun enacting laws restricting voting rights, and depending on what happens in the Supreme Court’s next term, state legislatures could be even more empowered to set rules for future elections.”

“A Federal Reserve tracker of economic growth is pointing to an increased chance that the U.S. economy has entered a recession,” CNBC reports.  “The Atlanta Fed’s GDPNow measure, which tracks economic data in real time and adjusts continuously, sees second-quarter output contracting by 2.1%. Coupled with the first-quarter’s decline of 1.6%, that would fit the technical definition of recession.”

Uvalde school district police chief Pete Arredondo has resigned his separate position on the Uvalde city council in the wake of the school massacre in his city, the Uvalde Leader-News reports.

“The repeal of Indiana’s requirement for a permit to carry a handgun in public has forced police agencies to change how they handle encounters with armed people,” the AP reports.

“Without the permit requirement, police officers can no longer ask whether someone is legally carrying a handgun or seize a person’s weapon unless they have adequate suspicion that person was involved in a crime.”

“The FBI has subpoenaed records from the Republican leader of Arizona’s state Senate as well as another GOP senator, as part of a federal investigation into former President Donald Trump’s pressure campaign on state-level officials after the 2020 election,” KPNX reports.

“When you try to overthrow the will of the people, and you try a coup in the United States government, you have to pay for that. Period.” — Rep. Adam Kinzinger (R-IL), on Late Night.

Washington Post: “Evidence across multiple state, federal and congressional investigations points to a similar pattern: Trump and his close allies privately shower potential witnesses with flattery and attention, extending vague assurances that staying loyal to Trump would be better than crossing him.”

“Meanwhile, Trump publicly blasts those who offer testimony against him in bluntly personal terms, offering a clear example to others of the consequences of stepping out of line.”