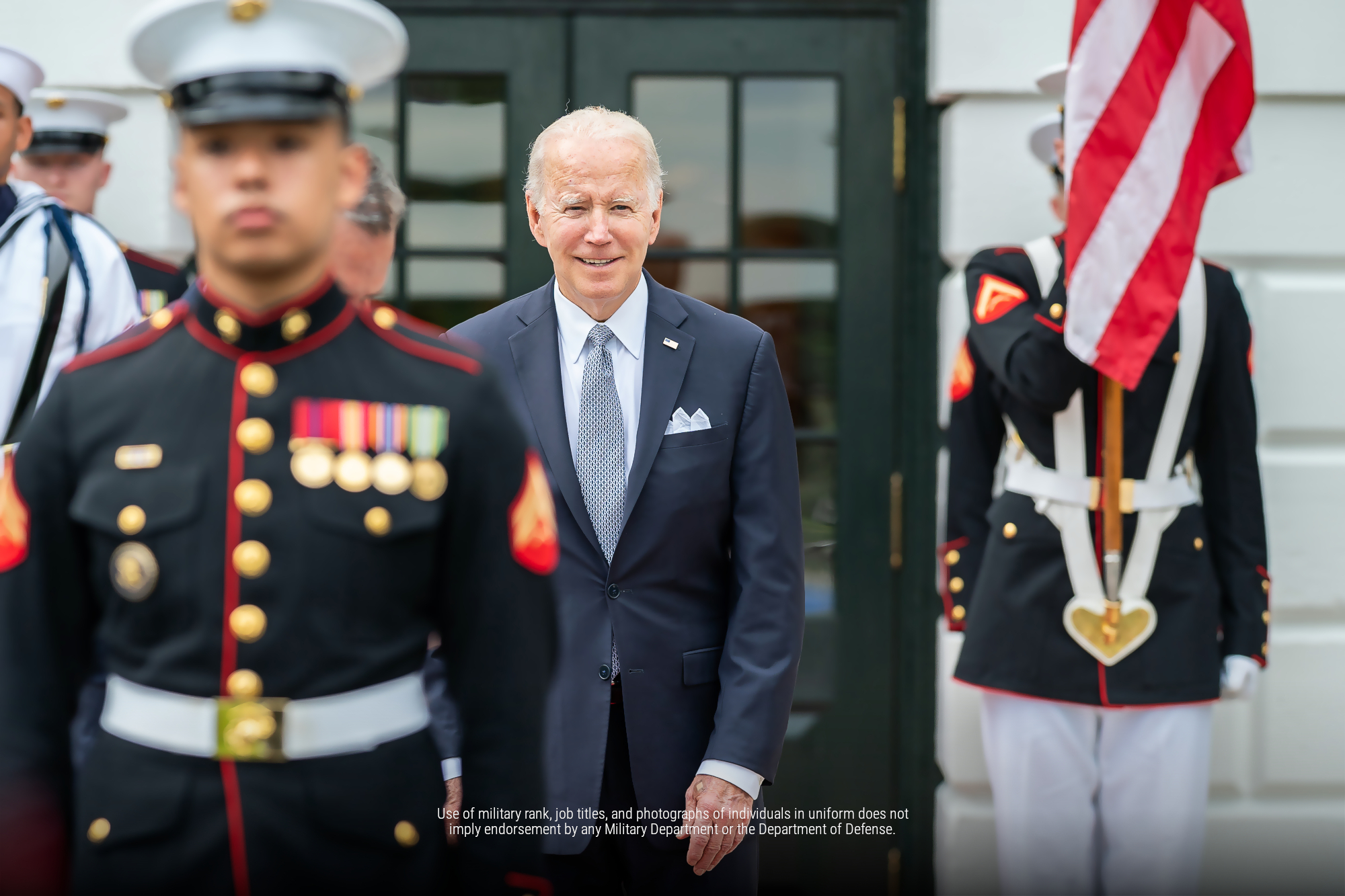 A new Emerson College poll finds a majority disapprove of President Biden, Congress, and the Supreme Court. Biden has a 40% job approval, while 53% disapprove of the job he is doing as president. Since last month, Biden’s approval has increased two points.

The US Congress has a 19% job approval, while 70% disapprove of the job they are doing.

The Supreme Court has a 36% job approval; 54% disapprove.

A new AP-NORC poll “finds a growing percentage of Americans calling out abortion or women’s rights as priorities for the government in the wake of the Supreme Court’s decision to overturn Roe v. Wade, especially among Democrats and those who support abortion access.”

“With midterm elections looming, President Joe Biden and Democrats will seek to capitalize on that shift.”

MICHIGAN REFERENDUM. Activists working to enshrine the right to an abortion into the Michigan state constitution announced Thursday that they’d collected a sufficient number of signatures to place the proposed amendment on the ballot for the November general election. A victory for the Reproductive Freedom for All amendment, which needs a majority of the vote to pass, would represent a huge win for abortion rights in a large swing state where the courts have yet to resolve whether a 91-year-old abortion ban remains in effect today.

In 1931, Michigan passed a law that made the procedure a felony in almost all cases, very similar to an earlier ban implemented all the way back in 1846. Pro-choice activists put an initiative on the ballot in 1972 to legalize abortion called Proposal B, and it appeared so likely to pass that an abortion clinic was set up even before the November vote. The Catholic Church, though, funded an effort to derail Proposal B, and voters ultimately rejected it in a 61-39 landslide that represented an early electoral win for the emerging anti-abortion movement.

The 1931 statute became moot just a few months later after the U.S Supreme Court handed down its decision in Roe v. Wade, but no one’s sure what will happen now following the far-right majority’s ruling in Dobbs v. Jackson Women’s Health. A state court issued a temporary injunction to block the law from being enforced, but two Republican county prosecutors have said they’ll still consider prosecuting doctors for violating the nine-decade-old law. Democratic Gov. Gretchen Whitmer has urged the Michigan Supreme Court―where Democrats won a 4-3 majority last cycle―to issue a ruling to clarify the situation.

A victory for the Reproductive Freedom for All amendment this fall, though, would go even further in securing abortion rights for the long term, especially if anti-choice Republicans succeed in unseating Whitmer, Attorney General Dana Nessel, or state Supreme Court Justice Richard Bernstein in November. There hasn’t been any polling on this measure, but Civiqs has found that Michigan voters agree that abortion should be legal in all or most cases by a wide 57-39 margin.

This poll, which is PPP’s first publicly available look at Arizona this cycle, is also the first survey from a reputable firm since Trump endorsed Masters in early June. Previous polls from mainly GOP-affiliated outfits had typically found Lamon and Brnovich competing for the lead with Masters still competitive, and it’s plausible that Trump’s endorsement has shifted a significant chunk of voters toward Masters in a race where many Republicans are still undecided.

These results are the best for Democrats of any poll all cycle in either the Senate or governor’s race, and it’s advisable to wait to see if other pollsters find a similar swing to the left and whether it continues in the coming weeks before reassessing the state of either race. Polling experts have also cautioned that recent polls could be presenting an overly optimistic picture for Democrats right now if the Supreme Court’s June 24 decision overturning Roe v. Wade, a decision that came out while Quinnipiac was in the field from June 23-27, has fired up angry Democratic voters and made them unusually more likely than Republicans to respond to polls.

Just hours after a Quinnipiac University poll released on Wednesday showed Democratic Sen. Raphael Warnock leading by a hefty 54-44 over Republican Herschel Walker, Walker’s campaign released an internal poll from Moore Information Group that shows the two candidates tied 47-47. We previously cautioned that Quinnipiac’s numbers were by far the best for Democrats all cycle and that confirmation from other polls and firms was necessary to determine whether the race has indeed shifted in Warnock’s direction, but it’s notable that the best numbers Walker’s own team could come up with still couldn’t give him a lead.

MISSOURI U.S. SENATOR. Former Republican Sen. John Danforth’s Missouri Stands United PAC has announced that it’s spending $3 million on an opening TV, radio, digital, and mail campaign to support independent John Wood. The effort began earlier this week just before Wood launched his campaign when Danforth, who retired in 1995, starred in a commercial calling for voters to back a nonaligned candidate for Senate.

VERMONT U.S. SENATOR. Democratic Sen. Patrick Leahy, who is the chamber’s longest-serving member, has announced that he has broken his hip after suffering from a fall on Wednesday evening and would have to have surgery as soon as possible. Leahy says his doctors expect him to “make a full recovery,” but he could be absent from the Senate for an unspecified amount of time in the coming weeks. The 82-year-old Leahy had already opted to retire this cycle rather than run for a ninth term this fall.

MARYLAND GOVERNOR. The Baltimore Sun reports that the DGA has booked $1 million in TV time in an effort to get Republicans to nominate Trump’s pick, Del. Dan Cox, over former state Commerce Secretary Kelly Schulz on July 19. Democrats believe that Cox, who played a role in the Jan. 6 insurrection at the Capitol by organizing a busload of people to attend the rally that preceded it, would struggle in a general election to succeed Schulz’s main ally, termed-out Gov. Larry Hogan.

Goucher College, polling on behalf of the Baltimore Banner and WYPR, finds close contests in both party’s July 19 primaries.

On the Democratic side, the school gives state Comptroller Peter Franchot the edge with 16% as former nonprofit head Wes Moore and former Democratic National Committee chair Tom Perez are just behind with 14% each; former Attorney General Doug Gansler is a distant fourth with just 5%, while a 35% plurality of respondents are undecided. The only other independent poll we’ve seen here was an early June OpinionWorks poll that also put Franchot on top with 20% as Moore and Perez took 15% and 12%, respectively.

In the Republican primary, Goucher has Del. Dan Cox outpacing former state Commerce Secretary Kelly Schulz 25-22, with 44% undecided and no other candidates breaking 3%. OpinionWorks earlier this month gave Schulz, who has termed-out Gov. Larry Hogan’s endorsement, a 27-21 advantage over the Trump-backed Cox.

RHODE ISLAND GOVERNOR. Wednesday was the candidate filing deadline for Rhode Island’s Sept. 13 primary, but while the state has a list of contenders here, not all of them may make the ballot. That’s because, as the Boston Globe notes, candidates still have until July 15 to turn in their signatures to election officials: Anyone running for governor needs 1,000 valid signatures, which is twice the number required to run for the U.S. House.

Democrat Dan McKee was elevated from the office of lieutenant governor to the governorship in March of last year when Gina Raimondo resigned to become U.S. secretary of commerce, but it quickly became clear he’d be in for a tough fight to keep his new job. Five fellow Democrats are campaigning against McKee, and a recent poll from Suffolk University showed him trailing one of them, Secretary of State Nellie Gorbea, 24-20.

Former CVS executive Helena Foulkes, who ended March with the largest war chest, was close behind with 16%, and her ability to self-fund gives her access to more funds. Former Secretary of State Matt Brown, who lost the 2018 primary to Raimondo 57-34, is once again positioning himself to the left of the rest of the field, but he’s struggled to raise money and only earned 5% in the Suffolk poll. The other two Democrats who filed are physician Luis Daniel Muñoz, who earned less than 2% as an independent four years ago, and nurse Kalilu Camara, neither of whom have attracted much notice.

Five Republicans are also in, but businessman Ashley Kalus is the only one who’s running a serious campaign. Kalus, who has used her personal wealth to go on TV back in April, has had to deal with questions about her ties to Rhode Island, where she appears to have relocated to just last year.

Drummond said during his bid, “I’m not in favor of ripping [away] Native Americans’ rights they have been granted by treaty,” while O’Connor, who has called for disestablishing the six recognized Indian Nations in eastern Oklahoma, argued his foe was “speaking for” the tribes. The topic attracted further attention the day after Drummond’s victory when the U.S. Supreme Court ruled that Oklahoma state authorities have the power to prosecute non-Natives accused of committing crimes against Natives on tribal land.

Drummond also used his campaign to portray O’Connor as too loyal to the governor, saying, “Effectively, Gov. Stitt has his personal attorney, and the state of Oklahoma has none.” Stitt himself ran into trouble earlier this month when he pulled a commercial—ostensibly for his own re-election campaign—after authorities began to investigate whether it broke the law by focusing too much on touting O’Connor. Critics charged that the spot violated state rules preventing one candidate from contributing more than $2,900 to another contender (the ad ran for $340,000) or from advertising for another candidate within 30 days of the primary; O’Connor denied he had any knowledge of the spot.

Ultimately, while Stitt won renomination easily, not enough primary voters were willing to back his appointed attorney general that same day. Democrats, however, aren’t fielding a general election candidate, so Drummond only faces a Libertarian opponent in November.

WISCONSIN U.S. SENATOR. The Milwaukee Journal-Sentinel reports that a new super PAC called Courageous Leaders PAC is deploying at least $450,000 on an opening ad campaign to promote Lt. Gov. Mandela Barnes, which makes this some of the first notable outside spending for the August Democratic primary. The narrator argues that, while Republican incumbent Ron Johnson is a millionaire who only cares about other rich and powerful people, Barnes is “a voice for hard-working, middle-class families” who will “make the big corporations and the rich pay their fair share and lower middle class taxes to make things more affordable for us.”

On the Democratic side, Secretary of State Katie Hobbs is airing an ad highlighting the death threats she received in 2020, telling the audience, “As your secretary of state, I knew I’d face attacks. But when they came after my family, our state, our freedom, that’s where I draw the line.”

FLORIDA GOVERNOR. Rep. Charlie Crist has publicized an internal poll from GBAO that gives him a 55-34 lead over Agriculture Commissioner Nikki Fried in the August Democratic primary. A recent survey from St. Pete Polls for Florida Politics put Crist’s advantage at 49-24, while Fried publicized an internal earlier this month that showed her trailing just 38-34.

MICHIGAN GOVERNOR. Wealthy businessman Perry Johnson finally said this week that he would not wage a write-in campaign to win the August GOP primary. Johnson, who spent $7 million of his own money before election authorities kept his name off the ballot over fraudulent voter petition signatures, told Fox 2’s Tim Skubick that, while he “very much” wanted to try, he never could convince his wife to get on board or justify self-funding at least $15 million more. Johnson quickly got over that brief moment of pragmatism, though, as he later used that interview to express interest in running for president.