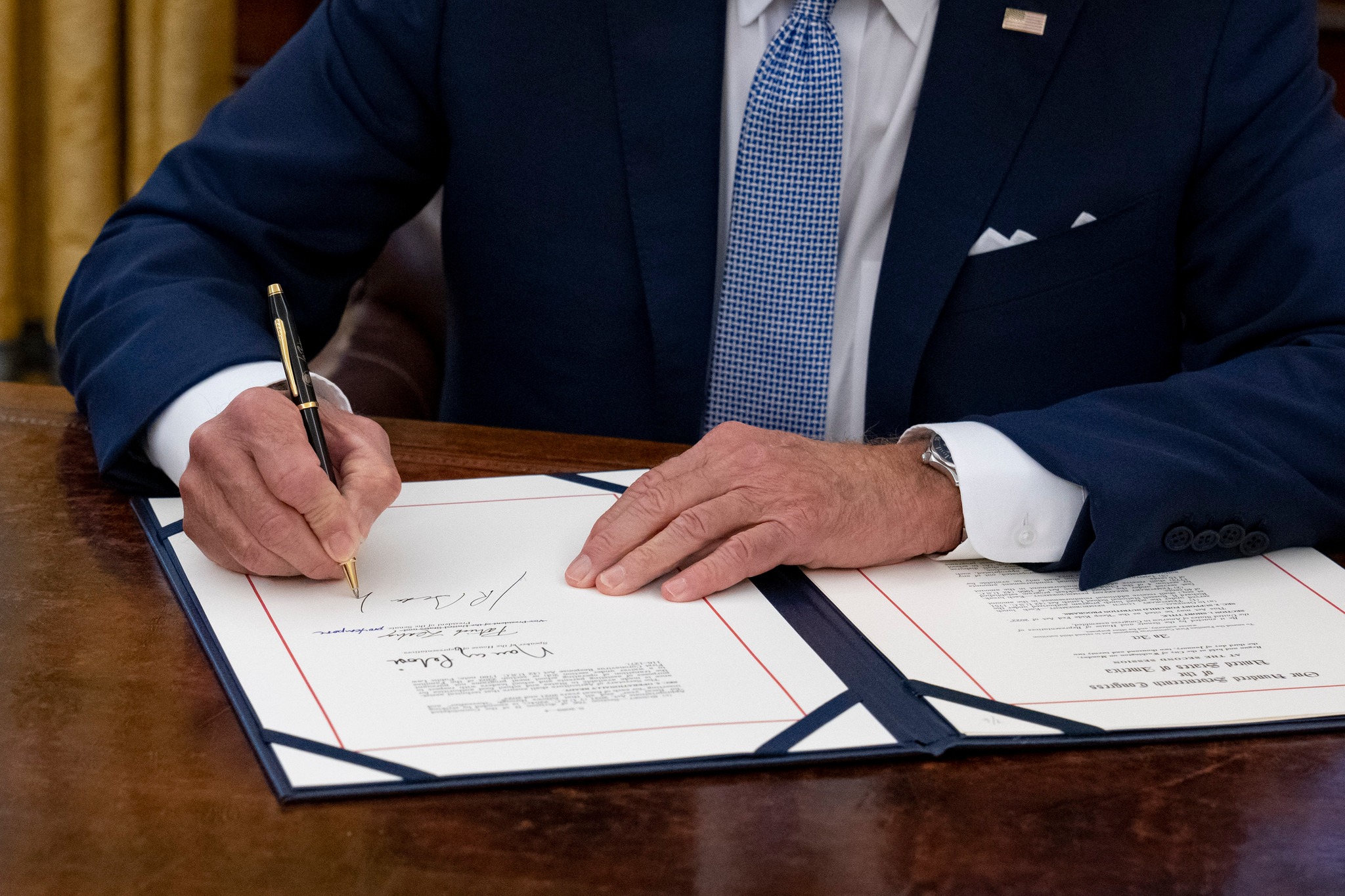 In the days since Cassidy Hutchinson’s explosive testimony before the January 6 Committee, we learned that she changed lawyers. This was the key to her remarkable public appearance this week. For Hutchinson’s first three interviews with the committee, she was represented by Stephen Passantino, a lawyer reportedly recommended by former Trump aides and paid for by Trump’s political action committee, the New York Times reports.

The Washington Post quotes a top Trump White House aide confirming she “was not expected to pay for his services.”

In all, more than a dozen witnesses in the investigation have had their legal fees paid by Trump’s PAC.

Former prosecutor Elie Honig told CNN that paying for lawyers is a common mob tactic. He adds: “The number one flag for us as prosecutors this person may be ready to flip, they change out lawyers and go get a lawyer on their own.”

Hutchinson apparently realized Passantino was representing Trump’s interest as much — if not more — than hers. The Washington Post reports Hutchinson fired Passantino “after he suggested that she not testify publicly.”

Only after hiring a new lawyer, Jody Hunt, did Hutchinson sit for a fourth interview with the committee “in which she divulged more revelations and agreed to come forward publicly to testify to them.”

This week’s hearing probably would never have happened had Hutchinson not switched her legal counsel.

“One of people who may have been trying to influence Cassidy Hutchinson’s testimony did so at the behest of former White House chief of staff Mark Meadows,” CNN reports.

“Rep. Liz Cheney (R-WY), the vice chairwoman of the committee, brought up two examples of possible witness intimidation at a hearing featuring Hutchinson, who was an aide to Meadows in the Trump White House, earlier this week, without naming a witness or who made contact.”

“Sources now tell CNN that both instances recounted by Cheney were directed at Hutchinson, and that Hutchinson believes the messages were intended to impact her testimony.”

“Then-President Donald Trump angrily demanded to go to the US Capitol on January 6, 2021, and berated his protective detail when he didn’t get his way, according to two Secret Service sources who say they heard about the incident from multiple agents, including the driver of the presidential SUV where it occurred,” CNN reports.

“The sources tell CNN that stories circulated about the incident — including details that are similar to how former White House aide Cassidy Hutchinson described it to the House select committee investigating January 6 — in the months immediately afterward the US Capitol attack and before she testified this week.”

David Rhode: “Hutchinson’s testimony astonished Justice Department prosecutors as much as it did the viewing public, the Times reported. It also blindsided them. The committee gave no advance warning of Hutchinson’s statements to department prosecutors, who have spent months investigating the assault. The prosecutors don’t have access to videos and transcripts of hours of testimony that Hutchinson has provided to the committee behind closed doors.”

“A rift appears to be opening between Congress and the D.O.J. Earlier this month, four top Justice Department officials sent a letter to the committee criticizing it for not sharing transcripts from the thousand-plus interviews it has conducted.”

Attorney General Merrick Garland will undergo a medical procedure next week to treat an enlarged prostate, NBC News reports.  He will will remain at the hospital for one to two days for observation and monitoring.  Maybe he should resign to focus on his recovery.

Former Attorney General Alberto Gonzales told CNN that Donald Trump could be prosecuted for a number of crimes over the Jan. 6, 2021, attack on the Capitol.

He added:”So there are some things here that I think certainly Merrick Garland is going to look at in addition to witness tampering, that’s something that’s also a crime. So there’s there is a lot there.”

Peter Wehner: “However this plays out, this needs to be said: For the past half-dozen years, the Republican Party and the American right—with a very few honorable exceptions— stood with Trump, defended him, and attacked his critics. Some went silent in the face of his indecency and lawlessness; many others gleefully promulgated his lies and conspiracy theories. Together they attempted to annihilate truth on his behalf, in his name, for their party, to seize and to hold power.”

“Some comfort themselves by saying that they went along for the ride so they could promote their policy agenda. Others were afraid to speak up. Still others did it for ratings and money. Some Trump supporters were true believers. Some rationalized their deal with the (figurative) devil; others were more transparent and more cynical…”

“No matter; the die is cast when it comes to the Trump presidency and those who made it possible. The events of January 6 were, in their own twisted way, a fitting denouement for the Trump presidency. It was so obvious, for so long, that this wouldn’t end well. Trump was the primary architect of the attack on the citadel of American democracy. But he had a lot of help along the way.

“Americans are becoming more pessimistic about the economy, more worried about inflation — and now, more anxious about the job market, as well,” the New York Times reports.  “Fifty-two percent of American adults say they are worse off financially than they were a year ago… That was up from 41 percent in April, and was by far the highest share in the survey’s five years.”

Josh Marshall: “I have people asking me, why aren’t they moving on this? Why do they care so little? I think this is a major misunderstanding of what’s going on. I think most of them actually care about this quite a lot. The issue, as I see it at least, is far more being cocooned within SenateWorld and not grasping the political and electoral potency of clear and concrete public commitments. So Senator X supports abortion rights and is definitely open to discussing changing the filibuster rules. He’s willing to tell you that if you ask him. Senator Y says she’s going to fight with everything she’s got to protect the right to choose. So that makes clear where she stands.

Mostly it’s not getting that they’re not part of a 100 person group that operates and struggles by its own rules and internal workings. They are actually apex players in a broad national political and electoral conversation and struggle. And what they do or don’t do mostly only really matters in that latter context.

Don’t get me wrong. Knowing the rules of the body and how to build senatorial coalitions to move things along are very important too. But if you’re not seeing and operating within that big picture you’re seldom going to get the chance to do much of significance with those finer tuned skills.

Democratic voters can make this happen by calling Senators and pressing them and pushing them in other ways. It’s already having some impact. But if that doesn’t happen it’s all but guaranteed the election result will be a disappointing one and that the Dobbs decision stands for the indefinite future.”

“The rejuvenation of the Democratic reconciliation package, central to President Joe Biden’s agenda is far from certain. But with some signs of progress in the negotiations, McConnell is moving to complicate Democratic plans. He’s warning that Republicans would react by stopping separate semiconductor legislation from moving over the finish line in the coming weeks, despite its bipartisan support.”

Associated Press: “[Putin] took his first foreign trip since the invasion of Ukraine to shore up relations with troublesome Central Asian allies. He watched as NATO declared Moscow its main enemy and invited Russia’s neighbors Sweden and Finland to join the alliance. And he was forced to deny that his troops had yet again attacked a civilian target in Ukraine.”

“Countering a show of Western unity over Ukraine at a series of summits in Europe this week, Putin has sought to cast the moves by the U.S. and its allies as a proof of their hostile designs, and he vowed to press the offensive against Russia’s neighbor, now in its fifth month.”

“Support from some of the Republican Party’s biggest donors for a 2024 White House run by former President Donald Trump is dwindling, especially after damaging new details of his actions on Jan. 6, 2021 were revealed at a hearing Tuesday by the House Select Committee investigating the attack on the U.S. Capitol,” CNBC reports.

“Republican financiers and their advisors have been privately meeting since the committee started to release the initial findings of its ongoing probe in a series of public hearings earlier this month, according to interviews with top GOP fundraisers who have helped the party raise millions of dollars.”

David Rothkopf: “Mark it on your calendars. This was the week the meteoric political career of Donald Trump did what meteors often do and collided with planet Earth, leaving a large, ugly mark on the landscape.”

“The fact that Trump may soon announce his candidacy for the presidency in the days ahead is itself more of a sign of his political collapse than it is of any strength he may have. The first time he ran for president, he did it because he thought it would boost his brand. This time he is likely to do it because he thinks it may make him more difficult to prosecute. And because he can use it to mount one last big attempt to fleece his supporters.”

Daily Beast: “While the Jan. 6 hearings have delivered explosive testimony and evidence suggesting that a number of former administration officials may face criminal liability related to the attack on the Capitol—possibly all the way up to Trump—there’s another potential criminal liability that has largely been lost in the news.”

“That would be the sprawling wire fraud conspiracy which the Jan. 6 special select committee alleged in its second hearing, on June 13, a scheme which legal experts say contains the ingredients for possible federal charges against officials with the campaign and the Republican National Committee—as well as Trump himself.”

“Chinese leader Xi Jinping has left mainland China for the first time since the beginning of the pandemic, arriving in Hong Kong Thursday ahead of the 25th anniversary of the city’s handover from British to Chinese rule,” CNN reports.

“Scotland’s leader Nicola Sturgeon laid out plans to hold a fresh independence referendum in October 2023, attempting to break a legal logjam on any potential secession by referring the legality of a vote to the U.K.’s Supreme Court,” the Wall Street Journal reports.

“Her move Tuesday appears set to escalate a long-running standoff with British Prime Minister Boris Johnson. Mr. Johnson has repeatedly rebuffed Ms. Sturgeon’s requests to authorize a referendum on leaving the U.K. after pro-independence parties secured a majority in elections to Scotland’s parliament last year, saying an earlier referendum in 2014 settled the question. The independence camp lost that vote by 45% to 55%, but Ms. Sturgeon and her supporters say the political landscape has changed since then, notably with Britain’s exit from the European Union, which a large majority of voters in Scotland opposed.”

“New Zealand designated two U.S. far-right groups, the Proud Boys and the Base, as terrorist organizations this month, as the Pacific nation grapples with the potential spread of right-wing extremism within its borders,” the Washington Post reports.

Indirect negotiations between Iran and the U.S. over Tehran’s tattered nuclear deal with world powers will end Wednesday in Qatar, the AP reports.