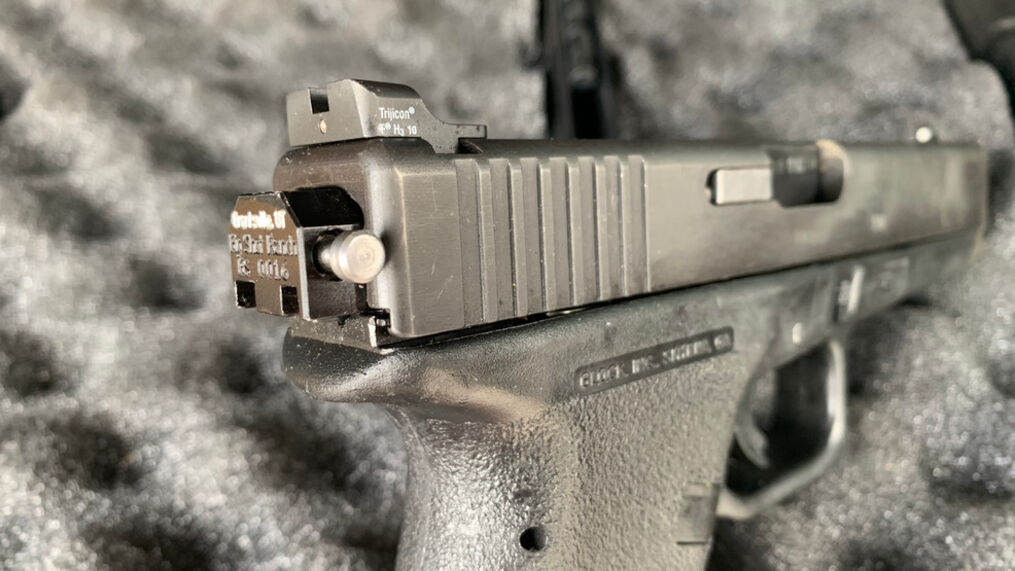 The House amended and passed Senate Bill 8, which would outlaw the possession, sale, and use of auto sears, “Glock switches,” and other devices that can convert semi-automatic firearms into fully automatic machine guns. The House Amendment further prohibits the manufacture, sale, transfer, purchase, or receipt of a rapid fire device, such as binary triggers, and defines a rapid fire device as a part, kit, tool, accessory, or device that increases the rate of fire of a semi-automatic firearm to rate that mimics a machine gun.

The vote in the House was 32-8-1. All the no votes were from Republicans. The vote earlier this month in the Senate was 13-8, so it will likely pass by that margin again today.

During the last decade, large quantities of foreign-made conversion devices have been sold online to customers in the United States. The small devices also can be 3-D printed. A gunman armed with a semi-automatic pistol modified with a machine gun conversion device shot three Houston police officers in January, while another gunman armed with a weapon modified by a similar device killed six people and wounded 12 others in Sacramento in April.

The proposed ban on conversion devices follows the Delaware General Assembly’s 2018 ban of bump stocks, trigger cranks and other after-market devices that also can be used to accelerate the firing action of semi-automatic weapons. In 2021, lawmakers also successfully outlawed homemade “ghost guns,” or unfinished receivers and 3-D printed firearms that are not marked by serial numbers and can circumvent background check laws.

“Delaware took an important step in 2018 to ban bump stocks and trigger cranks. Unfortunately, firearm accessories and devices are always evolving, so we have to remain vigilant,” said Rep. Osienski. “Automatic weapons already are illegal, and this is a common-sense initiative to prohibit additional devices that can convert semi-automatic weapons into automatic ones.”

“After just the latest example of children being shot to death in their classroom, leadership in the Delaware General Assembly vowed to pass a historic package of gun safety legislation that would reduce the chance of such horrific violence occurring here,” Senate President Pro Tempore Dave Sokola said. “Today, we fulfilled that promise by sending the last of those gun safety bills to Governor John Carney for his signature. I am proud of my colleagues for standing strong against the lobbying effort of the NRA and doing what’s right for the safety of our families and our communities.”