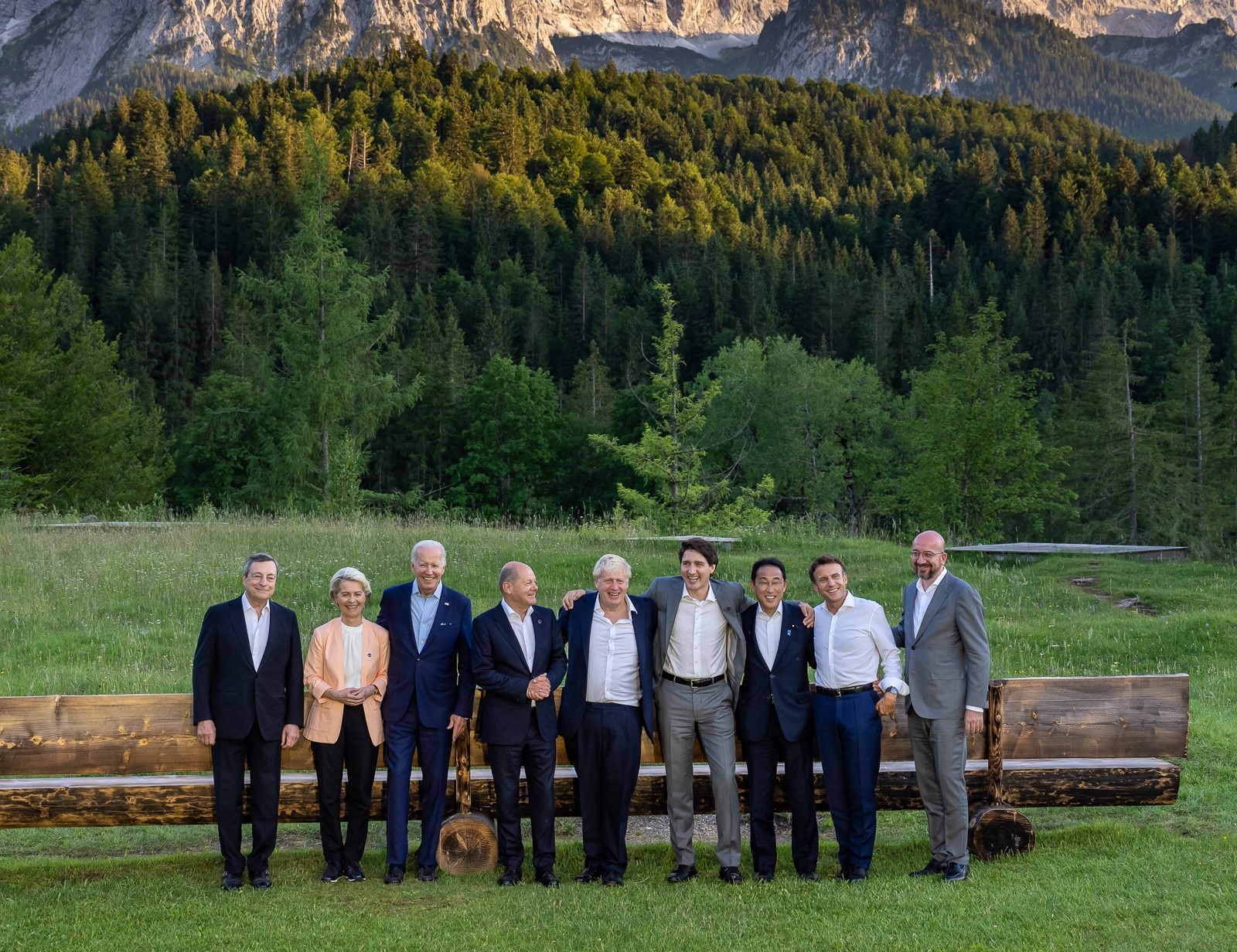 The surprise hearing of the January 6 Committee — called to cover “urgent” material that recently came to the committee — featured 25-year-old Cassidy Hutchinson, former aide to White House chief of staff Mark Meadows. It was an absolutely devastating hearing to Donald Trump and those in his inner circle.

Hutchinson testified that Rudy Giuliani told her on January 2 that he was excited for January 6 and he said “We’re going to the Capitol, it’s going to be great” he says Trump would be there and “be with the members.” Giuliani said Meadows “knew about the plan.” When Hutchison asked Meadows about it, he replied “there’s a lot going on… things might get real, real bad on January 6.”

Hutchinson testifies that after talking to Meadows: “That evening was the first moment that I remember feeling scared and nervous about what could happen on January 6. I had a deeper concern with what was happening with the planning aspects.” Hutchinson also testified that she heard about Oathkeepers and Proud Boys when Giuliani was in the White House.

Hutchinson also testified that Meadows told her that he heard others mention knives, guns, body armor, spears, flagpoles at the rally. She also said that Trump knew about the weapons at the rally. She said Trump said: “I don’t care if they have weapons, they aren’t here to hurt me. Take the effing mags away… Let them in. Let my people in. They can march to the Capitol after the rally is over.” (Trump was referring to the magnetometers at the rally.) It’s worth noting she also said that Trump was “fucking furious” because his crowd didn’t look big enough on January 6.

Hutchinson’s testimony puts the speeches by Giuliani and Trump at the rally in a new light. They were obviously directly inciting real violence. And it shows why no one at the highest levels of the White House thought they should prevent or stop the violence. Hutchinson also testified that White House counsel Pat Cippollone told her to help limit Trump’s movements on January 6: “We’re going to get charged with every crime imaginable if we go up to the Capitol.”

Hutchinson also testified that House GOP Leader McCarthy called her and told her not to let Trump come up to the House Chamber at the Capitol. In other words, we learned that Trump knowingly rallied an armed, violent crowd and sent them to attack the Capitol as lawmakers certified the electoral votes to remove him from office. That’s the very definition of a coup. He will be indicted for seditious conspiracy.

The second-half of today’s explosive hearing focused on what was happening at the Trump White House reaction as rioters broke into the Capitol as told by former White House aide Cassidy Hutchinson. Rarely in a congressional hearing have we heard such credible testimony from someone so close to power.

Sarah Matthews, another Trump aide, tweeted during the hearing: “Anyone downplaying Cassidy Hutchinson’s role or her access in the West Wing either doesn’t understand how the Trump White House worked or is attempting to discredit her because they’re scared of how damning this testimony is.”

As the rioters broke into the Capitol, Hutchinson testified that White House counsel Pat Cipollone told Mark Meadows: “If we don’t do something, there’ll be bloodshed.” But Meadows responded that Trump didn’t care: “He doesn’t want to do anything about it.” When rioters chanted “Hang Mike Pence,” Hutchinson testified Trump responded they aren’t doing anything wrong: “He deserves it.”

Any idea that Trump or Meadows lacked the courage to stop the violence doesn’t capture what Hutchinson described. Both men were facilitating it with their passivity. Hutchinson also confirmed that there were discussions about removing Trump from office using the 25th Amendment to the U.S. Constitution. And she testified that Meadows and Rudy Giuliani both sought presidential pardons for their actions.

The entire hearing was just shocking. Hutchinson was so brave in testifying — and hinted that criminal referrals might be coming.

But as good as Hutchinson was today, we must not forget the utter cowardice of all who knew what was happening before and during January 6 and who remained silent.

Josh Marshall: “Just a few thoughts on today’s rather stunning testimony. The crazy drama in the presidential limousine is certainly the wildest and most explosive part. Legally, the most important is what seems to me like very specific evidence that the former President is guilty of seditious conspiracy, among numerous other crimes. That detail about the magnetometers is key. According to this witness, the President knew the crowd was heavily armed and prepared for violence. He continued to exhort them to march on the Capitol. He specifically said that he didn’t want federal authorities to try to disarm the rioters because they weren’t there to hurt him.

Big picture, we know what the President is guilty of. But the criminal law almost always turns on the small pictures, the specific concrete actions. And this testimony had lots of those small pictures. That’s my take.”

Video testimony of Michael Flynn testifying before the January 6 Committee, with Rep. Liz Cheney (R-WY) doing to the questioning:

CHENEY: Gen. Flynn, do you believe the violence on Jan. 6 was justified morally?

CHENEY: Do you believe the violence on Jan. 6 was justified legally?

CHENEY: Gen. Flynn, do you believe in the peaceful transfer of power in the United States of America?

“Cheney’s closing is stunning: they think they have evidence of witness tampering and obstruction of justice.”

“There is an old maxim: it’s never the crime, it’s always the coverup.”

“Things went very badly for the former President today. My guess is that it will get worse from here.”

There appear to be two distinct DOJ investigations under way into the “higher ups” involved in Jan. 6: (1) a typical grand jury investigation that seems to be focused on the fake Trump electors scheme; and (2) a DOJ inspector general probe of misconduct by department officials.

Those two separate and distinct probes got jumbled together in recent days in the coverage of the raid on former Trump DOJ official Jeffrey Clark’s home and the seizure of John Eastman’s cell phone. Those two overt law enforcement activities happened on the same day last week and seem to be tied to the IG’s investigation and not the grand jury probe.

Eastman in particular is highly exercised by the seizure of his cell phone by federal agents while he was at a restaurant in New Mexico. Clark, as you’ll recall, was loudly complaining about not even being able to change out of his pjs while federal agents searched his home.

Eastman is not a DOJ official and wasn’t at the time of the election subversion effort, so he appears to be a witness in the IG probe, not a target. Clark, on the other hand, was a DOJ official at the relevant time and was deeply involved in the coup-ing.

Tucker Carlson interviewed John Eastman, and called his situation a “reminder to anyone who didn’t vote for Joe Biden to erase your texts and emails every single day.”

New York Times: “Mr. McConnell is indisputably a chief architect — if not the chief architect — of the conservative court that has shaken the nation over the past week with a string of rulings on abortion, guns and religion — a trifecta of searing cultural issues.”

“While much of the public recoiled at the decisions and the prospect of more to come in the years ahead, Mr. McConnell, a deep admirer of Justice Antonin Scalia, saw the culmination of a personal push to reshape the court in the image of the conservative judicial icon.”

“That history-making feat came at a price: the embrace of Donald J. Trump. Mr. McConnell and his fellow Republicans might have had their misgivings about Mr. Trump, but they were more than willing to set aside any reservations — and Senate comity — in zealous pursuit of a reliably conservative court. Mr. Trump, however problematic, was a means to their end.”

Michael Gerson: “For the foreseeable future, the abortion debate — with all its tragic complexities — has been returned to the realm of democracy. And there is little evidence our democracy is prepared for it.”

“Earlier this month, when Senator Bernie Sanders said he would not challenge President Biden in 2024, Mr. Biden was so relieved he invited his former rival to dinner at the White House the next night,” the New York Times reports.

“Mr. Biden has been eager for signs of loyalty — and they have been few and far between. Facing intensifying skepticism about his capacity to run for re-election when he will be nearly 82, the president and his top aides have been stung by the questions about his plans, irritated at what they see as a lack of respect from their party and the press, and determined to tamp down suggestions that he’s effectively a lame duck a year and a half into his administration.”

“Mr. Biden isn’t just intending to run, his aides argue, but he’s also laying the groundwork by building resources at the Democratic National Committee, restocking his operation in battleground states and looking to use his influence to shape the nomination process in his favor.”

“While in Europe for a NATO summit with world leaders, President Joe Biden plans to announce extension of some of the increased U.S. troop presence in Poland and changes to U.S. deployments in several Baltic nations that he authorized ahead of Russia’s invasion of Ukraine,” NBC News reports.

“President Biden’s nominee to lead Immigration and Customs Enforcement, Ed Gonzalez, said Monday that he was withdrawing himself from consideration after his nomination hit roadblocks following domestic violence allegations,” The Hill reports.

“Former South Dakota Attorney General Jason Ravnsborg, in his first public comments since being removed from office last week, appeared before a state ethics board Monday to press for an investigation of fellow Republican Gov. Kristi Noem, the person he blames for his impeachment over his conduct surrounding a 2020 fatal car crash,” the AP reports.

“I never believed them. I didn’t believe them. That’s why I voted against them.”  —Vice President Kamala Harris, quoted by CNN, on the centrist senators who felt betrayed by Justices Neil Gorsuch and Brett Kavanaugh overturning Roe v. Wade

Wall Street Journal: “U.S. public pension funds don’t have nearly enough money to pay for all their obligations to future retirees. A growing number are adopting a risky solution: investing borrowed money. As both stock and bond markets struggle, it’s a precarious gamble.”

Howard Stern revealed on his radio show that he’s considering running for president, largely so he can pack the Supreme Court after the constitutional right to abortion was eliminated last week.  Said Stern: “I’m actually gonna probably have to run for president now.”   He added: “This is Trump’s legacy. Hope he’s happy. Back alley abortions. … He’s deranged, these justices are deranged.”

A new ad for Rep. Liz Cheney (R-WY) featurees former Sen. Alan Simpson (R-WY), a political icon in the state, backing Cheney’s re-election, NBC News reports.  “But in an interview with NBC News about the ad, the Wyoming political giant minced few words about his frustration with former President Donald Trump, who is backing a primary challenge against Cheney over her repeated criticism of the former president.”

Rep. Lauren Boebert (R-CO) told worshipers at a religious service: “The church is supposed to direct the government. The government is not supposed to direct the church. That is not how our Founding Fathers intended it.”  She added: “I’m tired of this separation of church and state junk that’s not in the Constitution. It was in a stinking letter, and it means nothing like what they say it does.” Her comments were first reported by the Denver Post.