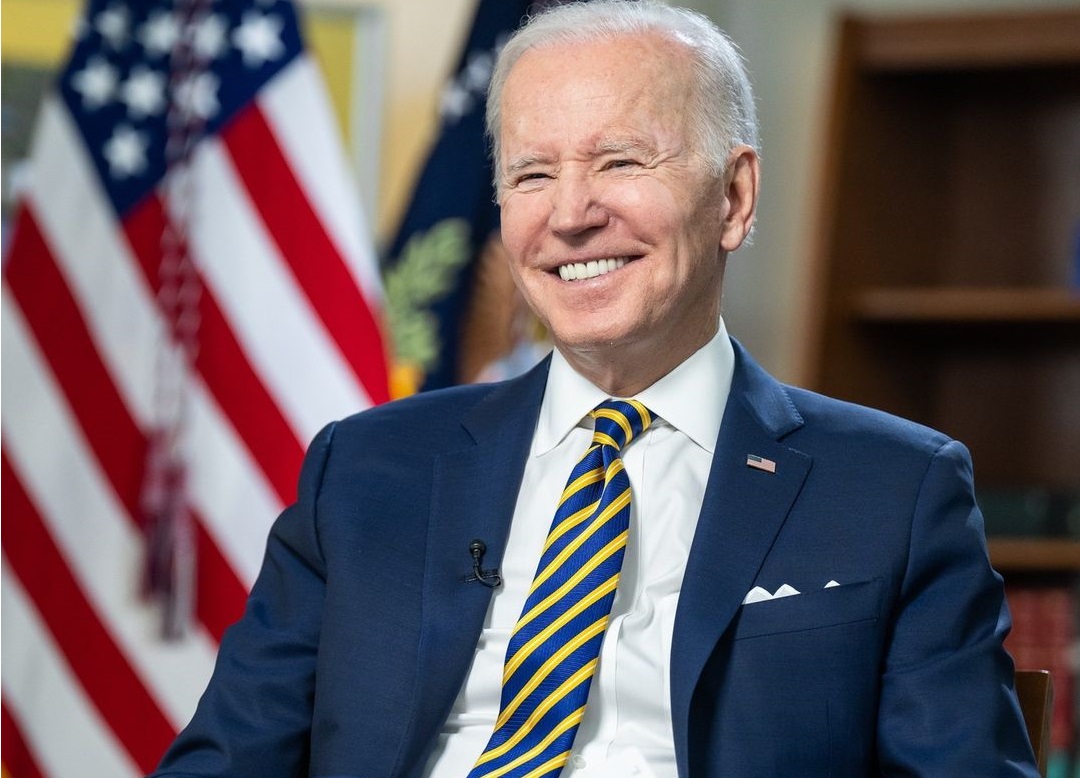 “The good news for Democrats is that they’ve shown an ability to create distance between themselves and an unpopular president… The big question is whether they’ll be able to keep this distance between themselves and Biden for the next four months, especially as GOP candidates and campaigns start focusing in earnest on attaching them to the unpopular president and his policies.”

“Sheena Greitens grew concerned enough about her then-husband Eric Greitens’ (R) violent and controlling behavior four years ago that she contacted both a marriage therapist and family lawyer to outline allegations of the former Missouri governor being physically and emotionally abusive to her and their young children,” the Kansas City Star reports.

“The two communications, sent in 2018, offer an exhaustive account of the abuse allegations against Eric Greitens that were first made public in a sworn statement filed by Sheena Greitens in March.”

“Now a candidate for U.S. Senate in Missouri, Eric Greitens has tried to paint the allegations as a political conspiracy orchestrated by establishment Republicans in an effort to derail his campaign.”

MASSACHUSETTS GOVERNOR. State Sen. Sonia Chang-Díaz announced Thursday that she was dropping out of the September Democratic primary, a move that leaves Attorney General Maura Healey as Team Blue’s only remaining contender in the contest to succeed retiring Republican Gov. Charlie Baker. Hours later, UMass Amherst publicized a YouGov survey that showed Healey beating the state senator 53-20, a finding that reinforced Chang-Díaz’s declaration that “there is no path that I can responsibly, in good faith, lead my supporters on that results in me becoming governor this year.” Chang-Díaz will remain on the ballot, though, as the deadline passed several weeks ago for her to withdraw.

Healey, along with Oregon Democrat Tina Kotek, would be the first lesbian to serve as governor of any state, but Healey had a far easier task than her West Coast counterpart even before Chang-Díaz dropped out. A different YouGov survey released earlier this week for UMass Lowell showed Healey easily beating each of the two Republican candidates, former state Rep. Geoff Diehl and businessman Chris Doughty, by margins of 61-30 and 58-30, respectively. (Kotek, by contrast, is locked in a very competitive three-way general election.)

A Healey victory would also give Democrats a pickup in a state where the electorate is fond of sending moderate-sounding Republicans to the governor’s office (Massachusetts is one of just five states that doesn’t provide its chief executive with an official residence) to balance out Team Blue’s control of most other major posts: Republicans have won six of the eight most recent gubernatorial elections, with Democrat Deval Patrick’s 2006 and 2010 wins (the latter against Baker) marking the only breaks in that streak. It’s possible that the self-funding Doughty, a self-described “pragmatic, common sense, businessman, fiscally conservative” candidate, could put up a fight if he makes it through the GOP primary against the Trump-endorsed Diehl, though those YouGov numbers indicate he’d still start deep in the hole.

Healey would additionally make history as the first woman elected governor of Massachusetts: Republican Jane Swift became acting governor in 2001 when Paul Cellucci left to become ambassador to Canada, but she didn’t run in the 2002 contest that Mitt Romney ultimately won. The Democrat is also on track to become one of the rare non-incumbents to win a governor’s race anywhere without having to beat any prominent opponents in either a primary or general election.

ILLINOIS GOVERNOR. Fabrizio, Lee & Associates newest survey for state Sen. Darren Bailey’s allies at People Who Play by the Rules PAC shows him defeating venture capitalist Jesse Sullivan 37-17 in Tuesday’s Republican primary, with Aurora Mayor Richard Irvin slipping to third with just 14%. That would be a very gratifying result for the DGA, which NBC says is spending an additional $1.5 million on a very pricey ad campaign aimed at ensuring that Bailey, rather than Irvin, is Democratic Gov. J.B. Pritzker’s opponent this fall.

Irvin has received $50 million in donations from Ken Griffin, who is Illinois’ wealthiest man, but that spigot seems to have run dry because Politico reports that Sullivan and Bailey are both outspending the mayor in ads for the final week of the contest. Griffin also made news of a different kind Thursday when he announced that his hedge fund, Citadel, was moving its headquarters from Chicago to Miami.

Capitol Fax’s Rich Miller writes that unnamed sources say it’s no coincidence that Griffin made this declaration as more polls show Irvin in bad shape: Miller writes that “Griffin, who was already looking at leaving, decided to hang it up when he saw” another conservative megadonor, Bailey ally Dick Uihlein, “so willingly team up with Gov. Pritzker. The party, at that point, was just not worth saving.” (Uihlein also created and funds People Who Play by the Rules.)

PENNSYLVANIA U.S. SENATOR and GOVERNOR. The AARP has released a joint survey from the Democratic firm Impact Research and the Republican pollster Fabrizio, Lee & Associates that shows Team Blue with a stronger lead in the Senate contest than in the race for governor, numbers that closely match what Suffolk University found last week. AARP’s Senate portion has Democrat John Fetterman beating Republican Mehmet Oz 50-44, a margin twice as large as Democrat Josh Shapiro’s 49-46 edge over QAnon ally Doug Mastriano for governor. Suffolk showed Fetterman and Shapiro ahead 46-37 and 44-40, respectively.

Both parties have long treated Mastriano as a truly weak candidate, and Shapiro even ran commercials designed to help him win the nod last month. However, AARP’s numbers give us an idea of why, contrary to the early conventional wisdom, Mastriano seems to be better situated than Oz right now: Mastriano posts a negative 37-44 favorable rating which, while still bad, is far better than the former TV personality’s atrocious 30-63 score. Perhaps the biggest reason for this divergence is that, while Oz had to go through a truly nasty and expensive primary, Mastriano’s intra-party critics never began focusing their negative commercials on him until it was too late. Shapiro and Fetterman, by contrast, are on positive territory at 47-34 and 46-36.

Shapiro, though, is now trying to drag Mastriano’s numbers into the land of Oz by launching his first negative ad of the general election. The minute-long spot attacks Mastriano over his opposition to abortion rights and same-sex marriage, climate change denial, and presence at the Jan. 6 riot. The narrator also notes that the Republican “says he could overturn future election results and let politicians hand pick the winners, ignoring the vote of the people.”

GEORGIA U.S. SENATOR. Democratic incumbent Raphael Warnock is airing an ad focusing on one of the many unflattering stories about Republican Herschel Walker’s business history. The spot shows multiple clips of Walker claiming that his company had “over 800 employees” before the narrator interjects that “official loan documents show Walker’s company has just eight employees.”

COLORADO U.S. SENATOR and GOVERNOR. The Democratic firm Global Strategy Group, polling for the ProgressNow Colorado, finds that Sen. Michael Bennet and Gov. Jared Polis would start out well ahead of whomever the Republicans nominate next week. In the former contest, Bennet leads state Rep. Ron Hanks and wealthy businessman Joe O’Dea 50-37 and 49-36, respectively; Democratic outside groups have been spending heavily to help Hanks, a vocal proponent of the Big Lie who attended the Jan. 6 “Stop the Steal” rally that preceded the attack on the Capitol, under the assumption that he’d be an easier opponent to beat than O’Dea.

In the race for governor, Polis posts an identical 51-32 edge over both University of Colorado Regent Heidi Ganahl and businessman Greg Lopez, with far-right candidate Danielle Neuschwanger nabbing 5% both times as the nominee of the American Constitution Party. Democrats are also intervening to boost Lopez next week.

SOUTH DAKOTA ATTORNEY GENERAL, Republican Attorney General Jason Ravnsborg, who was impeached in April for fatally striking a pedestrian named Joe Boever with his car in 2020 and lying about the crash to investigators, was convicted on both counts and removed from office on Tuesday. Twenty-four members of the GOP-dominated state Senate—exactly the two-thirds supermajority necessary for conviction—voted in favor of the first count, with 9 opposed, while the second count was backed by a wider 31-2 margin. In addition, in a unanimous 33-0 vote, the Senate barred Ravnsborg, who recently announced he would not seek re-election, from ever holding public office in South Dakota again.

Republican Gov. Kristi Noem, who had long called for Ravnsborg’s resignation, will now appoint a replacement. Noem has not yet said whom she might pick, but she previously endorsed former Attorney General Marty Jackley’s bid to reclaim his old post. Jackley faces a top Ravnsborg aide, David Natvig, for the GOP nomination, which will be decided at the state party’s convention that begins on Thursday.

“Michigan has the racial diversity, union membership and spread of Democrats across the state that could give it an edge as the Democratic National Committee looks to award coveted early slots on the 2024 presidential nomination calendar,” the Wall Street Journal reports.

“The jockeying heats up starting Wednesday as the DNC’s Rules and Bylaws Committee hears pitches from 16 states and Puerto Rico over the course of three days in Washington. The states include New Hampshire, South Carolina and Nevada, all favored to keep their early spots in the process.”

“Democratic candidates nationwide are struggling mightily to hire enough qualified people to run their campaigns, according to interviews with party political operatives, a staff shortage many of them say is the worst — and most frustrating — in recent memory,” the Miami Herald reports.  “In an election year when Democrats are already grappling with high inflation and an enthused Republican Party, the hiring troubles amount to a behind-the-scenes headache when the party can least afford it.”

Washington Post: “Pouring liberal money into the midterms to elect Democrats is hardly novel. What’s different about this new strategy is that a large portion of the 2022 efforts are actually aimed at 2024 — attempting to block Republican 2020 election deniers from gaining power and potentially upending valid results in a presidential election year.”

Jeff Greenfield: “It is the fundamental belief — or tropism — of Trump that he is incapable of losing an election honestly. The loss itself is proof of fraud, and even a potential loss is grounds for rejecting the results. In one of the first debates of 2016, he was the only Republican candidate who would not pledge to back the party’s ultimate nominee. When he lost the Iowa caucuses to Ted Cruz, he tweeted: ‘Based on the fraud committed by Senator Ted Cruz during the Iowa Caucus, either a new election should take place or Cruz results nullified.’ He claimed he lost the popular vote to Hillary Clinton in 2016 because of the ‘millions’ of aliens who voted illegally.”

“Given this core character trait, what do you suppose will happen if Trump faces a serious competitor for the nomination in 2024? Is he likely to accept the vote count that shows him losing a primary or caucus? Is it likely he will forego the temptation to challenge every convention rule that poses a threat to him? (If you want to see what a genuinely contested GOP convention looks like, check out the Taft-Roosevelt fight in 1912, or the Eisenhower-Taft confrontation of 1952.)”

“Most important, a Trump who is denied the nomination — which, by his account, must have been the product of horrible, disgusting cheating the likes of which nobody has ever seen — is a Trump with the inclination and the resources to run an independent campaign for president. And he’ll have enough true believers to doom whoever the GOP nominee is.”