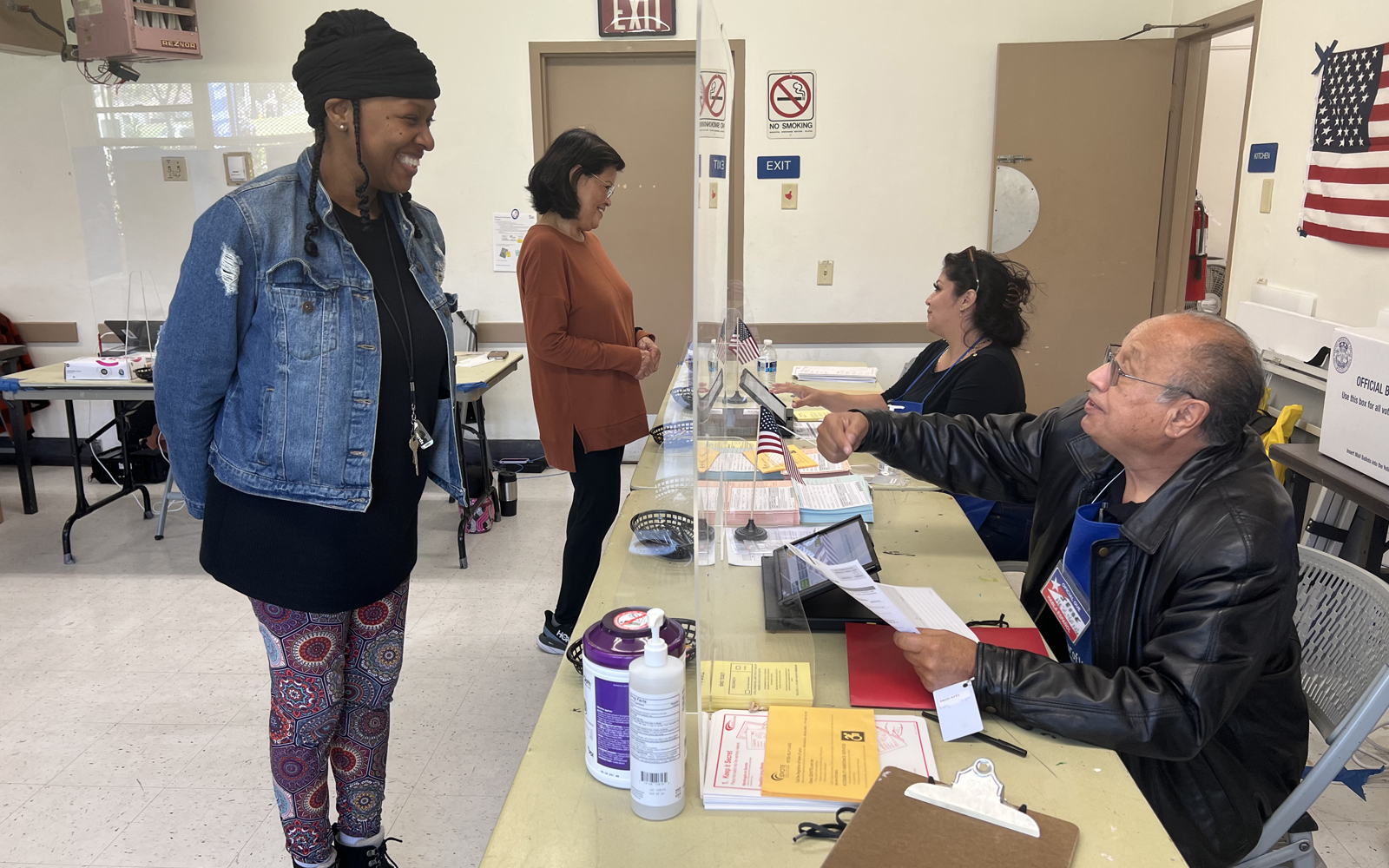 If you watched the Jan 6th Hearings Tuesday, you saw emotional testimony from Ms. Shaye Ross (and her mother via taped deposition) on how Trump and Giuliani specifically painted targets on their backs while they were working to count the Georgia votes.

They were wrong, of course, but they got the result they wanted. Both women were targeted by the right-wing machine, threatened at home and at work and finally told by the FBI to leave their home until the 45 supporters got bored and left.

It’s emblematic of the full-scale assault on election workers in 2020 and 2021 completely fanned by 45 and his mouthpieces. 45 and the right-wing machine enable a specific type of violence pointed at officals — any official — who is not doing what they want. No matter that they have no legal standing (much less reasoning), they think they can just bully their way into the results they want.

Watching Ms. Ross today, I couldn’t help but think of all of the Election Workers I’ve encountered — mostly elderly women — all completely focused on making sure that everyone can legally and fairly vote, that the vote is protected and counted properly, and that each voter is treated well and given every opportunity to cast their vote within the law. Some of them, patiently provide instruction to a young voter or new citizen voter on how to cast a ballot. Older Black women and men working the polls have family memory of not being allowed to vote in their own families, have recent witness of GOP states trying to supress their votes again and their commitment to making sure the process is sharply and fairly carried out is always a testimony as to how committed Black women in particular are to voting. It is not lost on me that those who have been most misused by American democracy still show up to make sure the American democratic process works for everyone. It struck me today that without this legion of election workers American elections could not happen.

These GOP belligerents did not just harass these election workers — they harassed their own leadership that was in charge of the counting and the voting systems. Which should tell you these Trump republicans simply do not care about free and fair elections. They care about making sure the fewest number of folks turn out in hopes they can win that way. And if they can’t, they’ll just resort to threats of violence (and probably actual violence at some point) to get the election results they want.

There is literally no patriotism or love of country in threatening election workers with violence to bully in the result you want. But this is the signal of a party that knows it is getting weaker, so they *need* violence now to try to upset a hard-won fair voting process. Republicans no longer care about democracy. They care about fascist force to get what they want.