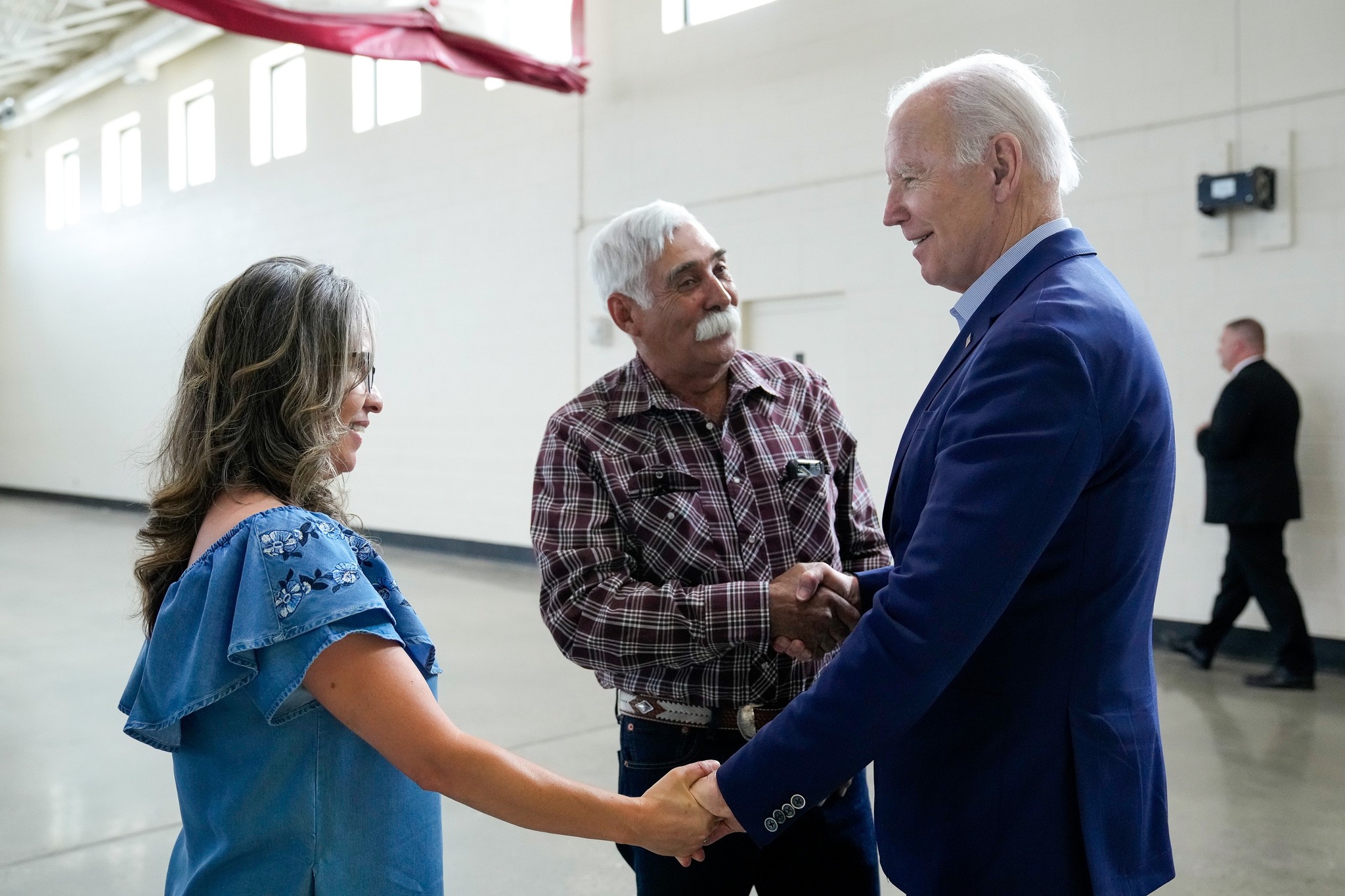 A new ABC News/Ipsos poll finds 58% of Americans think Donald Trump should be charged with a crime for his role in the January 6 Capitol riot.

In addition, 58% of Americans think Trump bears a “great deal” or a “good amount” of responsibility for the attack on the Capitol.

Rep. Adam Kinzinger (R-IL) said he is “very worried” about the next presidential election, warning that 2024 “is going to be a mess,” citing a recent example of voting conspiracy theories taking hold, the HuffPost reports.

Georgia Senate candidate Herschel Walker (R) said Saturday that he “never denied” the existence of children he hadn’t publicly disclosed before, telling conservative Christians that his kids “knew the truth,” the AP reports.

“Meeting at their first in-person convention since 2018, Texas Republicans on Saturday acted on a raft of resolutions and proposed platform changes to move their party even further to the right,” the Texas Tribune reports.  “They approved measures declaring that President Joe Biden ‘was not legitimately elected’ and rebuking Sen. John Cornyn for taking part in bipartisan gun talks.”

“They also voted on a platform that declares homosexuality ‘an abnormal lifestyle choice’ and calls for Texas schoolchildren should be taught ‘to learn about the Humanity of the Preborn Child.’”

Rep. Dan Crenshaw (R-TX) and his staff were violently confronted at the Texas Republican Party comvention, when far-right social media activist and some Proud Boys began shouting “eyepatch McCain” at him – an attempted insult coined by Fox News’ Tucker Carlson.  A Twitter user posted video of himself verbally accosting Crenshaw. Another person shouted “Dan Crenshaw is a traitor! He needs to be hung for treason!”

“One candidate is unabashedly blunt, willing to embrace progressive positions, doing little to build rapport with party leaders and dominating rooms with a 6-foot-8-inch frame. The other crafts a more moderate image, a deliberate public speaker who became a congressional aide out of college and has carefully cultivated relationships within the party ever since,” the AP reports.

“Yet their fate — and that of the Democratic Party — is intertwined in a pair of Pennsylvania elections that will be among the most closely watched in the U.S.”

“The reception Walker received at the conference is an early indication that self-identified religious conservatives will give him a pass for a biographical detail at odds with their stated mission.”

“Midwestern states are battling to be bumped up to a coveted early slot in the Democratic presidential nominating calendar, jumpstarting what election watchers say could be a big shakeup ahead of the 2024 election,” The Hill reports.

“Michigan, Minnesota and Illinois are among the states hoping to exert more influence and help diversify a lineup — led by the largely rural and predominantly white states of Iowa and New Hampshire — that many Democrats say doesn’t represent the party’s true strength.”

“If you look for international parallels to the moment last year when Vice President Mike Pence refused to bow to pressure from President Donald Trump to help overturn their election defeat, something quickly becomes clear,” the New York Times reports.

“Such crises, with democracy’s fate left to a handful of officials, rarely resolve purely on legal or constitutional principles, even if those might later be cited as justification.”

“Rather, their outcome is usually determined by whichever political elites happen to form a quick critical mass in favor of one result. And those officials are left to follow whatever motivation — principle, partisan antipathy, self-interest — happens to move them.”

“A federal judge will draw a new Louisiana congressional map with a second Black district after the Legislature failed to draw new boundaries of its own in a Special Session that ended Saturday without the passage of any bill,” the Lafayette Daily Advertiser reports.

Hillary Clinton warned that “we are standing on the precipice of losing our democracy.”

“Trump being front and center could affect GOP gains in the House by five seats or so…. But it could really affect the Senate, which could end up 50/50 again based on how the seats are looking.” — GOP strategist Jeff Burton, quoted by the Washington Examiner, on the impact of Donald Trump announcing a 2024 presidential bid before the midterm elections.

“With speculation rising that Trump could declare for president before the midterm elections to box out GOP competitors, some Republican strategists and party insiders are anxious. They fret the move would transform a referendum on Biden poised to generate a massive Republican electoral wave on Nov. 8 into a more evenhanded debate between the president, reeling from skyrocketing inflation and myriad crises, and his polarizing predecessor.”

Kander is my favorite young Democratic prospect and I hope he returns.

Washington Post: “The flip-flop and its aftermath show how Trump’s freewheeling endorsement strategy in the midterms has at times scrambled the Republican battle lines, forcing some longtime allies to fight for his voters and leaving some staunch supporters of the former president feeling disillusioned. His uneven record and some surprise picks have stoked debate among voters, strategists and even candidates about his grip over the movement he claims to lead.”

“In the closing days of the race here in Alabama, Brooks has been accusing Trump of ditching his political movement to pick a winner after humiliating defeats in other states.”