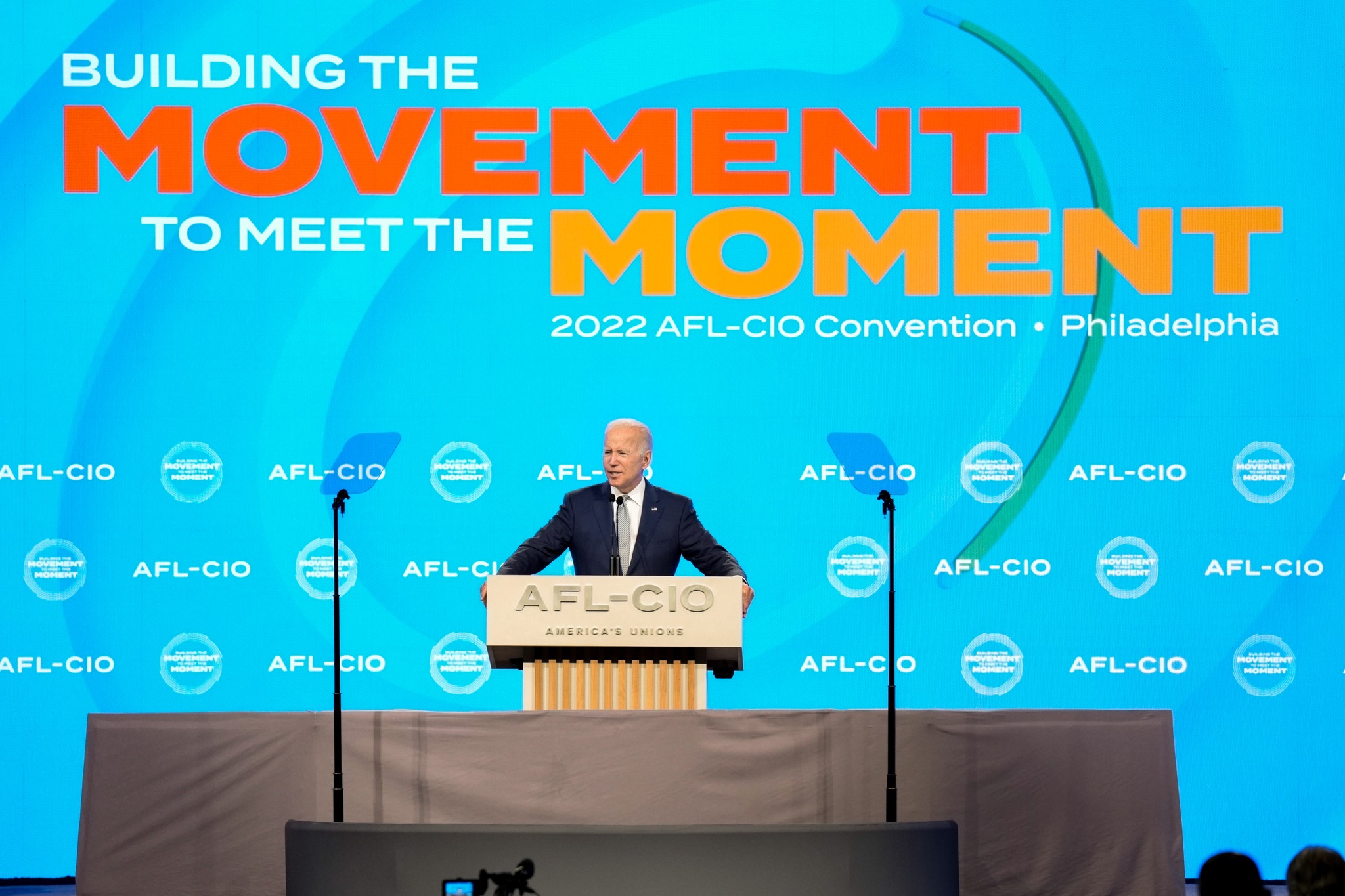 Rep. Adam Schiff (D-CA) told CNN the January 6 Committee will reveal evidence that Donald Trump was involved in a failed effort to overturn the election by appointing pro-Trump electors in states won by Joe Biden.  Said Schiff: “We’ll also again show evidence about what his own lawyers came to think about this scheme. And we’ll show courageous state officials who stood up and said they wouldn’t go along with this plan to either call legislatures back into session or decertify the results for Joe Biden.”

Rep. Jamie Raskin (D-MD) told NBC News that former President Donald Trump’s vitriol toward the Jan. 6 select committee and former Vice President Mike Pence is tantamount to a confession about his role in the Capitol riot.

Washington Post: “At the time, the gatherings seemed a slapdash, desperate attempt to mimic President Donald Trump’s refusal to concede.”

“But internal campaign emails and memos reveal that the convening of the fake electors appeared to be a much more concerted strategy, intended to give Vice President Mike Pence a reason to declare the outcome of the election was somehow in doubt on Jan. 6, 2021, when he was to preside over the congressional counting of the electoral college votes.”

“The documents show Trump’s team pushed ahead and urged the electors to meet — then pressured Pence to cite the alternate Trump slates — even as various Trump lawyers acknowledged privately they did not have legal validity and the gatherings had not been in compliance with state laws.”

Rep. Adam Kinzinger (R-IL) starkly warned Sunday that his own party’s lies could feed additional violence, the Washington Post reports.  Said Kinzinger: “There is violence in the future, I’m going to tell you. And until we get a grip on telling people the truth, we can’t expect any differently.”

Jack Goldsmith: “If Mr. Garland decides that a criminal investigation of Mr. Trump is warranted, Justice Department regulations require him to appoint a special counsel if the investigation presents a conflict of interest for the department and if Mr. Garland believes such an appointment would be in the public interest.”

“The department arguably faces a conflict of interest. Mr. Trump is a political adversary of Mr. Garland’s boss, President Biden. Mr. Trump is also Mr. Biden’s likeliest political opponent in the 2024 presidential election. Mr. Garland’s judgments impact the political fate of Mr. Biden and his own possible tenure in office. The appearance of a conflict sharpened when Mr. Biden reportedly told his inner circle that Mr. Trump was a threat to democracy and should be prosecuted, and complained about Mr. Garland’s dawdling on the matter.”

“Even if conflicted, Mr. Garland could keep full control over Mr. Trump’s legal fate if he believes that a special counsel would not serve the public interest.”

NBC News: “Senate gun negotiators are close to the finish line. Talks have moved in a ‘more positive direction since Thursday.’ Legislative text could drop as early as today.”

Punchbowl News: “It appears that the negotiations are back ‘on track’ following discussions over the weekend between the bipartisan groups of senators trying to hash out the package. These talks are being led by Sens. Chris Murphy (D-CT) and John Cornyn (R-TX), with Sens. Kyrsten Sinema (D-AZ.) and Thom Tillis (R-NC) filling out the rest of the ‘core’ group.”

“The discussions were hung up over two key issues – the so-called ‘boyfriend loophole,’ and providing funds to states that don’t implement red flag laws but instead have crisis intervention programs.”

“However, there appears to have been some concessions by Democrats on both these issues, and the negotiations are moving forward again… This doesn’t necessarily mean the Senate will clear the bill by the start of this recess, as Democrats had hoped. But there is some momentum again, which is far different from the mood when the Senate left on Thursday.”

“There’s lots of buzz about a possible reconciliation deal between Senate Majority Leader Chuck Schumer and Sen. Joe Manchin (D-WV). Discussions are ongoing, although there’s no deal yet, and there won’t be one this week,” Punchbowl News reports.  “What’s in a potential Democratic reconciliation package – and when it could come together – are enormously important. And of course, none of this is decided yet.”

“Yet we want to note this as well – we’re not entirely sure the reconciliation package being discussed on the Senate side could pass the House. Provided it gets through the Senate in the first place.”

NATO Secretary General Jens Stoltenberg told the German publication Bild that Russia’s war in Ukraine could go on for years and the effort requires Western support. Said Stoltenberg: “We must prepare for the fact that it could take years.”

CNN: “Under normal circumstances on decision days at the end of June, the Supreme Court emerges from behind crimson curtains to finally issue the most controversial cases of the term after months of closed-door deliberations. Wearing their judicial robe and exhausted from the final push of work, the justices take their seats and the majority opinion is read by its author.”

“None of that is expected to happen this month.”

“With no pomp and circumstance, an official will push a button and opinions changing the contours of some of the most divisive social issues of the day including abortion, gun rights, religious liberty and the environment — will simply be released via the internet.”

“When the two sides in the abortion debate squared off at the Supreme Court last fall, they agreed on one thing: There was no middle ground,” Politico reports. “Now, any hope abortion rights supporters have of avoiding a historic loss before the court lies with Chief Justice John Roberts crafting an unlikely compromise. In the wake of Politico’s report last month on a draft majority opinion that would overturn Roe v. Wade, Roberts would have to convince at least one of his five Republican-appointed colleagues to sign on to a compromise ruling that would preserve a federal constitutional right to abortion in some form while giving states even more power to restrict that right.”

“The Supreme Court seems poised to take on a new elections case being pressed by Republicans that could increase the power of state lawmakers over races for Congress and the presidency, as well as redistricting, and cut state courts out of the equation,” the AP reports.

“The issue has arisen repeatedly in cases from North Carolina and Pennsylvania, where Democratic majorities on the states’ highest courts have invoked voting protections in their state constitutions to frustrate the plans of Republican-dominated legislatures.”

“Already, four conservative Supreme Court justices have noted their interest in deciding whether state courts, finding violations of their state constitutions, can order changes to federal elections and the once-a-decade redrawing of congressional districts.”

“The centrist coalition supporting President Emmanuel Macron of France was projected to come out ahead in crucial parliamentary elections on Sunday, but a strong showing by an alliance of left-wing parties and a far-right surge prevented Mr. Macron’s forces from securing an absolute majority of seats, a setback that could complicate his second term,” the New York Times reports.  “Projections based on preliminary vote counts gave Mr. Macron’s centrist coalition 205 to 250 seats in the 577-seat National Assembly, the lower and more powerful house of Parliament — more than any other political group, but less than half of all seats.”

“Israel’s governing coalition will vote to dissolve Parliament within the next week, bringing down the government and sending the country to a fifth election in three years,” the New York Times reports.

“The decision throws a political lifeline to Benjamin Netanyahu, the former prime minister who left office last June upon the formation of the current government, and whose party is currently leading in the polls.”

“It follows weeks of paralysis caused by the defection of two right-wing government lawmakers and frequent rebellions by three others, removing the coalition’s majority in Parliament and making it hard to govern.”

“Germany will restart coal-fired power plants and offer incentives for companies to curb natural gas consumption, marking a new step in the economic war between Europe and Russia,” the Wall Street Journal reports.

“Berlin unveiled the measures Sunday after Russia cut gas supplies to Europe last week as it punched back against European sanctions and military support for Ukraine.”

“Over two years after the coronavirus was first detected in China, and after at least 6.3 million deaths have been counted worldwide from the pandemic, the World Health Organization is recommending in its strongest terms yet that a deeper probe is required into whether a lab accident may be to blame,” CBS News reports.

“That stance marks a sharp reversal of the U.N. health agency’s initial assessment of the pandemic’s origins and comes after many critics accused the WHO of being too quick to dismiss or underplay a lab-leak theory that put Chinese officials on the defensive.”

New York Times: “Nearly three months since an ultra-contagious set of new Omicron variants launched a springtime resurgence of cases, people are nonetheless dying from Covid at a rate close to the lowest of the pandemic. The spread of the virus and the number of deaths in its wake, two measures that were once yoked together, have diverged more than ever before, epidemiologists said.”

Former President Donald Trump said he has not endorsed House Minority Leader Kevin McCarthy (R-CA) for Speaker of the House, saying he had endorsed him in just his reelection bid in California’s 20th Congressional District, The Hill reports.

Said Trump: “I endorsed him in his race. But I haven’t endorsed anybody for Speaker.”

“China has carried out a land-based missile interception test that ‘achieved its expected purpose,” the Defence Ministry said, describing it as defensive and not aimed at any country,” Reuters reports.  “China has been ramping up research into all sorts of missiles, from those that can destroy satellites in space to advanced nuclear-tipped ballistic missiles, as part of an ambitious modernisation scheme overseen by President Xi Jinping.”

“China is fine-tuning its censorship machine, this time proposing changes in how to regulate the billions of online comments posted in the country every day,” the MIT Technology Review reports.

“For the first time, Colombia will have a leftist president,” the New York Times reports.  “Gustavo Petro, a former rebel and a longtime senator who has pledged to transform the country’s economic system, has won Sunday’s election, according to preliminary results, setting the third largest nation in Latin America on a radically new path.”

“Roughly two and a half years into the pandemic, White House officials and health experts have reached a pivotal conclusion about Covid-19 vaccines: The current approach of offering booster shots every few months isn’t sustainable,” the Wall Street Journal reports.  “Though most vaccines take years to develop, the Covid shots now in use were created in record time—in a matter of months. For health authorities and a public desperate for tools to deal with the pandemic, their speedy arrival provided a huge lift, preventing hospitalizations and deaths while helping people to escape lockdowns and return to work, school and many other aspects of pre-Covid life.”

“But the Covid vaccines don’t last nearly as long as shots given for other viral illnesses such as polio, mumps and hepatitis, which remain effective for years or decades. Even more worrisome to some scientists and public health officials, the current vaccines don’t fully protect against infections, which hurts their overall effectiveness and gives the virus an opportunity to mutate into more contagious and lethal strains.”