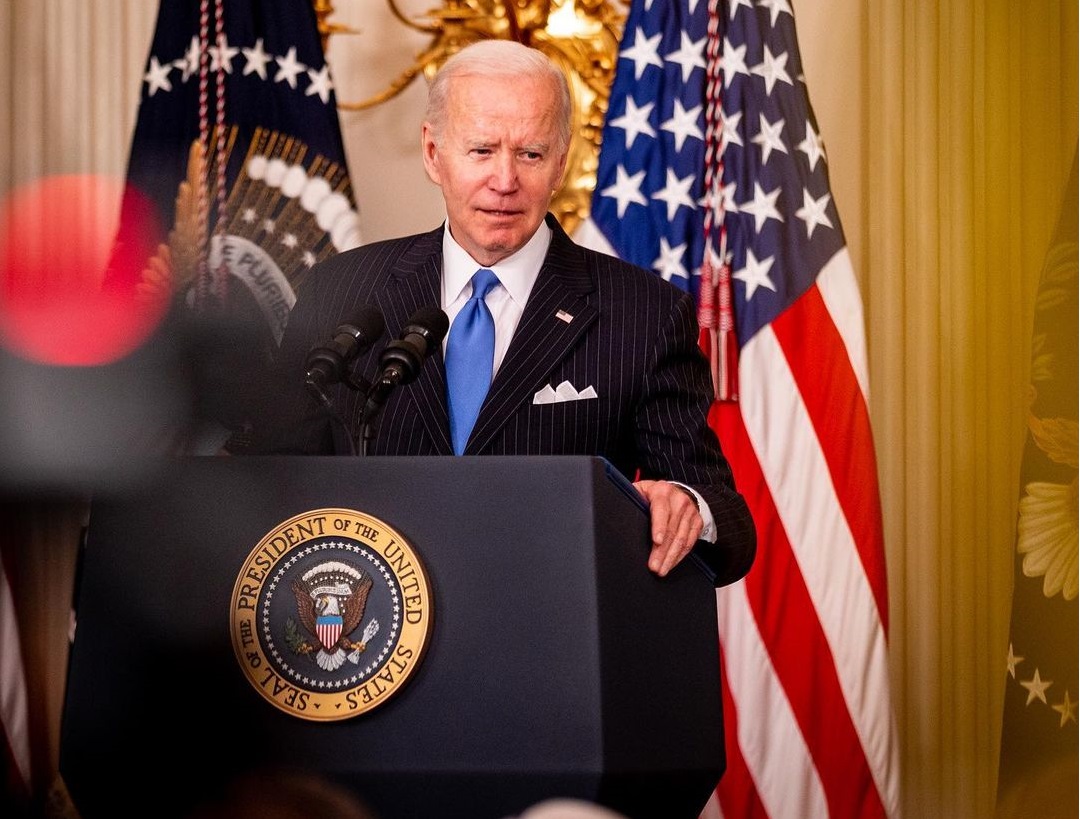 A new USA Today/Suffolk Poll finds that independent voters now say they would vote for the Republican over the Democrat for Congress, 32% to 27%.

But 40% are undecided, a sign that these key voters haven’t yet made up their minds, or perhaps haven’t yet focused on the election.

A new USA Today/Suffolk Poll shows the country in a funk, and one that sets a problematic political landscape for Democrats in the November elections that are approaching fast.

Key takeaway: Only 39% of Americans approve of the job Biden is doing as president. A stunning 47% ‘strongly’ disapprove; just 16% ‘strongly’ approve.”

New York congressional candidate Carl Paladino (R) told a radio host in late 2016 that Black Americans were kept “dumb and hungry” so they could be conditioned to only vote for the Democratic Party, saying, “You can’t teach them differently,” CNN reports.

He added: “I don’t think of myself in any way as a racist.”

FLORIDA 10TH CD. Former Democratic Rep. Corrine Brown, who pleaded guilty to tax fraud just one month ago, shocked the Florida political universe one day before Friday’s candidate filing deadline when she announced that she would run to succeed Senate candidate Val Demings in the busy August primary for the safely blue 10th District in the Orlando area. The move was especially surprising because Brown’s longtime Jacksonville base is located well to the north, though she noted that she represented part of Orlando during her 24 years in Congress.

She was accused of taking hundreds of thousands of dollars for her personal use from a fake charity that was supposed to be awarding scholarships to poor students. Brown was indicted a little more than a month before the primary and went on to lose to Lawson 48-39 amidst a poor performance outside of Jacksonville. The following year, the now-former congresswoman was convicted on 18 counts of fraud and tax evasion, and she began what was supposed to be a five-year prison sentence in 2018.

However, Brown’s case was far from over. A federal appeals court last year ordered a new trial after ruling that a jury member had been improperly removed for saying the “Holy Spirit” had told him Brown wasn’t guilty. That second trial never took place, though, as Brown accepted a deal last month in which she pled guilty to a single count of tax fraud and avoided further prison time. Still, she gave no indication she was thinking about a return to politics until Thursday’s surprise announcement.

FLORIDA 15TH CD. Army veteran Jay Collins announced Wednesday that he was leaving the Republican primary for the 15th Congressional District and would instead challenge Democratic state Sen. Janet Cruz, a switch that GOP Gov. Ron DeSantis publicly called for. The governor quickly rewarded Collins with an endorsement even though state Senate leaders already have a candidate in the race to take on Cruz, whose 14th District in the Senate would have voted for Biden by a 51-47 margin, per Dave’s Redistricting App.

GEORGIA 10TH CD. Businessman Mike Collins earned the support of his most prominent would-be constituent, Gov. Brian Kemp, days ahead of his Republican primary runoff against former state Rep. Vernon Jones, a one-time Democrat who has a truly awful relationship with the governor. Indeed, Jones launched a primary bid against Kemp last year, claiming, “If it weren’t for Brian Kemp, Donald Trump would still be President of these United States.” Jones ultimately switched races under pressure from Trump, who wanted to give former Sen. David Perdue a better chance to beat the incumbent, and the GOP’s master soon awarded the new congressional candidate an endorsement.

Jones, perhaps wary of offending his patron, has still refused to back Kemp’s re-election bid despite the governor’s landslide primary win against Perdue last month. Indeed, the former state representative insisted this very week, “I’m not going to blindly support a RINO.” Collins had no such qualms, saying, “I’m a Republican and I support Republican candidates, and I’m behind Gov. Kemp 100%.”

MISSISSIPPI 3RD CD. MS-03: Congressional Leadership Fund, the well-funded super PAC run by allies of the House GOP leadership, is now airing ads to make sure Rep. Michael Guest comes out on top in his June 28 runoff after narrowly trailing Navy veteran Michael Cassidy in the first round. Neither CLF or any other groups spent anything ahead of last week’s primary, which almost everyone mistakenly assumed would be an easy win for Guest, and this $350,000 ad buy appears to be the first notable independent expenditure of the entire contest.

The spot, which does not mention the incumbent, labels Cassidy a “fraud,” with the narrator arguing that he “supported Bernie Sanders’ Medicare for All socialist scheme, raising middle class taxes and making inflation skyrocket.” The commercial also makes use of a now-deleted passage from the challenger’s website as the voiceover declares Cassidy “even wanted taxpayers to give $20,000 to every newlywed couple.”

OKLAHOMA 2ND CD. The Club for Growth affiliate School Freedom Fund is spending at least $260,000 to promote former state Sen. Josh Brecheen, which makes this the largest independent expenditure by far in the crowded June 28 Republican primary for this dark red open seat. The commercial, which opens with dramatic footage of Brecheen on a horse, pledges he “won’t just vote the party line, he’ll hold the Trump conservative line.”

FLORIDA 7TH CD. Former Orange County Commissioner Ted Edwards announced Wednesday that he was joining the busy Republican August primary for this newly gerrymandered open seat. Edwards said he was motivated to run after the Uvalde school massacre because he believed he could reduce gun violence without infringing on the Second Amendment, a position that rarely appeals to GOP voters. The commissioner, writes Florida Politics, was a “leading figure in Central Florida politics and the leading fiscal conservative” on the commission until he lost re-election in a 2016 upset.

HMP’s commercial tries to make Kirkmeyer unappealing to conservatives by decrying how she “refused to publicly support Trump” in 2016 and “even refused to support Trump’s audit of the election” four years later. 314, meanwhile, tells the audience that Saine “supported Trump from day one, led the effort to audit the 2020 election in Colorado.” The narrator also declares that the commissioner “supports outlawing abortion” and claims “Democrats are ‘woke socialists.'”

Neither ad mentions either of the other two GOP contenders, Thornton Mayor Jan Kulmann and retired Army Green Beret Tyler Allcorn. The winner will go up against state Rep. Yadira Caraveo, who faces no Democratic opposition, in a newly-drawn seat in Denver’s northern suburbs that would have gone for Biden 51-46.

Ruy Teixeira: “It is hard to avoid the conclusion that Democrats have seriously erred by lumping Hispanics in with ‘people of color’ and assuming they embraced the activism around racial issues that dominated so much of the political scene in 2020, particularly in the summer.”

“This was a flawed assumption. The reality of the Hispanic population is that they are, broadly speaking, an overwhelmingly working class, economically progressive, socially moderate constituency that cares above all, about jobs, the economy and health care.”

“The Republican National Committee is spending millions this year in 16 critical states on an unprecedented push to recruit thousands of poll workers and watchers, adding firepower to a growing effort on the right to find election irregularities that could be used to challenge results,” the Washington Post reports.

“The RNC was until recently barred from bringing its substantial resources to bear on field operations at polling sites because of a decades-old court order. Now, the party apparatus is mobilizing volunteers to scrutinize voting locations for suspected fraud.”

“It looks like you’re better now. Your neck was on a hinge for four years and just nodding up and down from January 20 to January 6 of, you know, 2021. So I’m glad to see you’re better.”  — Chris Christie (R), telling Fox News what he would say to Mike Pence if they shared a presidential debate stage in 2024.

Politico: “[Mitch Daniels, t]he former two-term Indiana governor, who came to the brink of announcing a 2012 presidential bid in 2011 before backing out over family concerns, announced last week that he would step down as president of Purdue University at the end of this year after nearly a decade, shocking the campus.”

“Now, longtime loyalists and friends say the 73-year-old former director of George W. Bush’s Office of Management and Budget is warming up to the idea of a return to politics, batting around a potential third gubernatorial run in the Hoosier state’s open 2024 contest. Current Gov. Eric Holcomb, a Daniels ally and his handpicked party chairman during his administration, is term-limited from running again.”

“But it’s really worse than that. Typically, Democrats think of increased base turnout in terms of turning out more voters from various pro-Democratic demographic groups—young voters, black voters, Hispanic voters, college-educated whites, whatever. But not all the voters in these groups favor the Democrats so mobilization of more voters from a given group may well net less than one vote per additional voter. For example, looking at current Congressional ballot preferences, Democrats might net only a third of a vote for every additional Hispanic or young voter, six-tenths of a vote from every additional black voter and just a sixth of a vote from every additional college-educated white voter.”

“The math looks even more unfavorable when the following is considered: Democrats tend to assume that nonvoters from a given demographic are the same politically as voters from the same group… except they don’t vote. But a mountain of political science evidence shows that’s not so.”