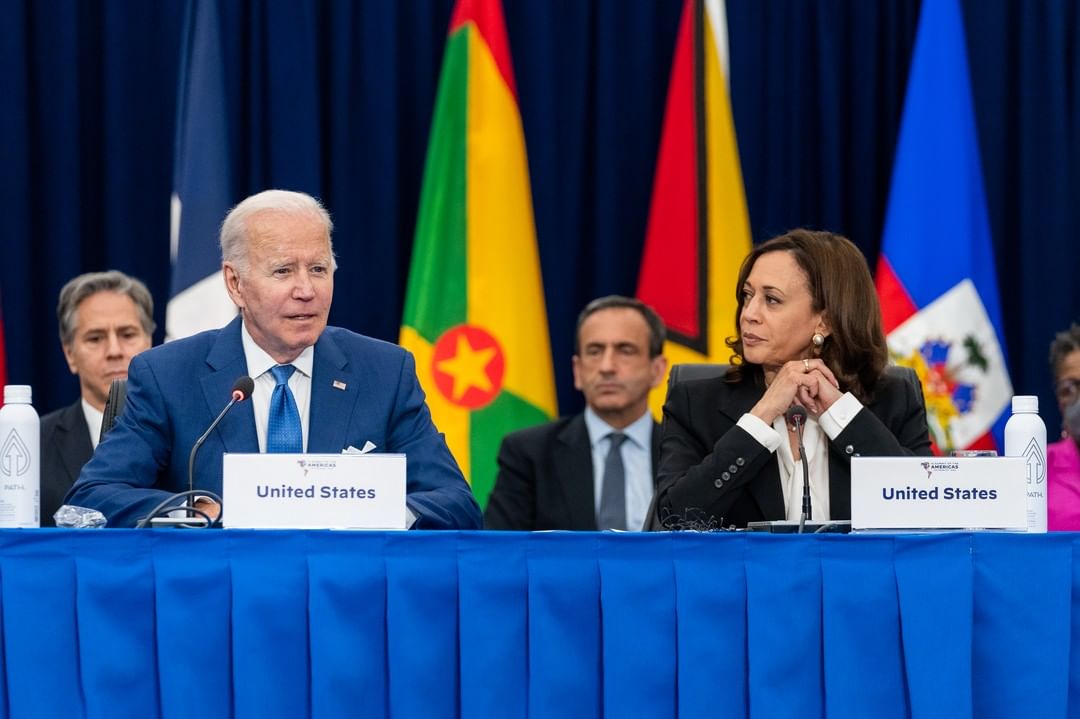 Aaron Blake: “At this point, the Jan. 6 committee’s hearings might as well be one big criminal referral to the Justice Department. And to make the case that Donald Trump and his allies broke the law, the committee has had to establish that they were acting corruptly — i.e., that they were likely to have known that their scheme was wrong and pursued it anyway.”

“To do that, the committee in its last two hearings has focused on two matters: that those involved in the push to overturn the election a) knew that their efforts probably were illegal and b) that they were told repeatedly that their claims of voter fraud were bogus.”

New York Times: Despite growing evidence, a prosecution of Trump would face challenges.

Rep. Adam Kinzinger (R-IL) said that he believes Donald Trump’s actions surrounding the deadly riots on January 6 amount to “seditious conspiracy” and “criminal involvement by a president,” The Guardian reports.

“Juneteenth is meant to acknowledge Black emancipation from enslavement, but there’s a risk it could turn into just another day off, defined more by road trips and sales on mattresses,” Axios reports.

“Juneteenth became a federal holiday just last year. This year is the first time it’s been a holiday that anyone has been able to plan for.”

Bloomberg “estimates that U.S. households will have to spend an extra $5,200 this year, or about $433 a month, for the same consumption basket.”

“This is a major shock to a whole generation of consumers who had become accustomed to little or no inflation.”

Larry Summers: “I’m probably as apprehensive about the prospects for a soft landing of the U.S. economy as I have been any time in the last year. Probably actually a bit more apprehensive. In a way, the situation continues to resemble the 1970s.”

“You can look but you won’t find a stretch of futility as pervasive as the one that is landing on Wall Street,” Bloomberg reports.

“Even in the long and storied history of market meltdowns, the breadth of losses is without equal, based on data that goes back to the Great Depression. In five of the seven sessions through Thursday, at least nine in 10 S&P 500 stocks dropped, a record run of widespread losses.”

Bloomberg: The next crisis to hit markets may be about liquidity.

Associated Press: “As the challenges confronting President Joe Biden intensify, his predictions of a rosy political future for the Democratic Party are growing bolder. The assessments, delivered in speeches, fundraisers and conversations with friends and allies, seem at odds with a country that he acknowledged this week was ‘really, really down,’ burdened by a pandemic, surging gas prices and spiking inflation.”

“Biden’s hopeful outlook tracks with a sense of optimism that has coursed through his nearly five-decade career and was at the center of his 2020 presidential campaign, which he said was built around restoring the ‘soul of America.’”

“Few of Biden’s closest political advisers are as bullish about the party’s prospects as the president.”

“President Biden’s recent commencement address at the University of Delaware, his alma mater, seemed like the perfect place to announce a long-awaited plan to forgive student debt, at least in the view of some administration officials,” the Wall Street Journal reports.

“The May 28 speech came and went without a word about debt reduction. Mr. Biden, officials said, was still deliberating and a decision might not be announced until later this summer, frustrating some of his allies, who believe the internal discussions have been dragging on too long.”

“It is part of a pattern for Mr. Biden. Facing politically difficult decisions, the president sometimes pumps the brakes, rejecting calls to deliver a speedy outcome. Instead, according to administration officials and others close to the president, he favors deliberations that can last for months, with policy advisers analyzing the issue from multiple angles in a string of meetings.”

Rep. Lauren Boebert (R-CO) joked at a Christian conference that Jesus Christ didn’t have enough AR-15 assault rifles to “keep his government from killing him.” Boebert isn’t smart enough to realize that she just revealed she knows nothing at all about Jesus Christ.

Unrelated, but probably related: A new Gallup poll finds the number of Americans who believe in God has dropped to the lowest level in the 78 years of asking the question.  That said, 81% of U.S. adults say they believe in God.

Associated Press: “Trump is actively weighing when he might formally launch a third presidential run… The debate, according to aides and allies who insist Trump has yet to make a final decision, centers on whether to announce a campaign in the coming months or, in accordance with tradition, wait until after the November midterm elections.”

“Trump has spent the past year and a half holding rallies, delivering speeches and using his endorsements to exact revenge and further shape the party in his image. But some say the former president, who has decamped from his Florida Mar-a-Lago club to Bedminster, New Jersey, for the summer, is also growing impatient.”

Ed Luce: “As Ruy Teixeira, a veteran political scientist, says: the Democratic brand is ‘somewhere between uncompelling and toxic to wide swaths of American voters, who might potentially be their allies.’ The fact that Teixeira is saying this ought to make Democrats take notice. He was co-author of the seminal book, The Emerging Democratic Majority, which argued that racial trends would make Democratic rule inevitable. This remains an article of faith among election consultants. Yet Texieira has changed his mind. How could Democrats be alienating the people it needs to win?”

“A big part of the answer is that they have stopped listening to ordinary voters.
This would be less of a problem were the party’s leadership a cross-section of US society. But its upper echelons are dominated by a white college-educated activist class that is used to talking with itself. The days of knocking on the doors of potential new voters are largely over. Since Barack Obama’s time, Democrats have been wedded to a digital model that downplays old-fashioned engagement. This detaches the party from reality.”

“President Biden’s advisers have been studying a spring 2023 reelection announcement that would echo the timetable of former president Barack Obama,” the Washington Post reports.

“They have flooded 2024 battleground states with millions of dollars to build up Democratic operations in advance of the next presidential campaign. And under the Biden team’s leadership, the Democratic National Committee has decided against preparing a debate schedule for a contested nomination fight.”

“The goal of his advisers is to send every possible message that Biden, 79, is ready, able and determined to carry the party banner into another presidential election, especially if the opponent is his nemesis, Donald Trump, 76.”

“Sen. Rick Scott (R-FL), the NRSC chair, has a new ad up on the air – yes, he’s running TV ads – to boost his 11-point plan ‘to rescue America,’” Punchbowl News reports.  “Remember that the Senate GOP leadership cringes every time Scott mentions this.”

“This Scott spot is up in New York, LA, Philadelphia and D.C. Just one of these markets – Philadelphia – has a competitive Senate race, for whatever that’s worth.”