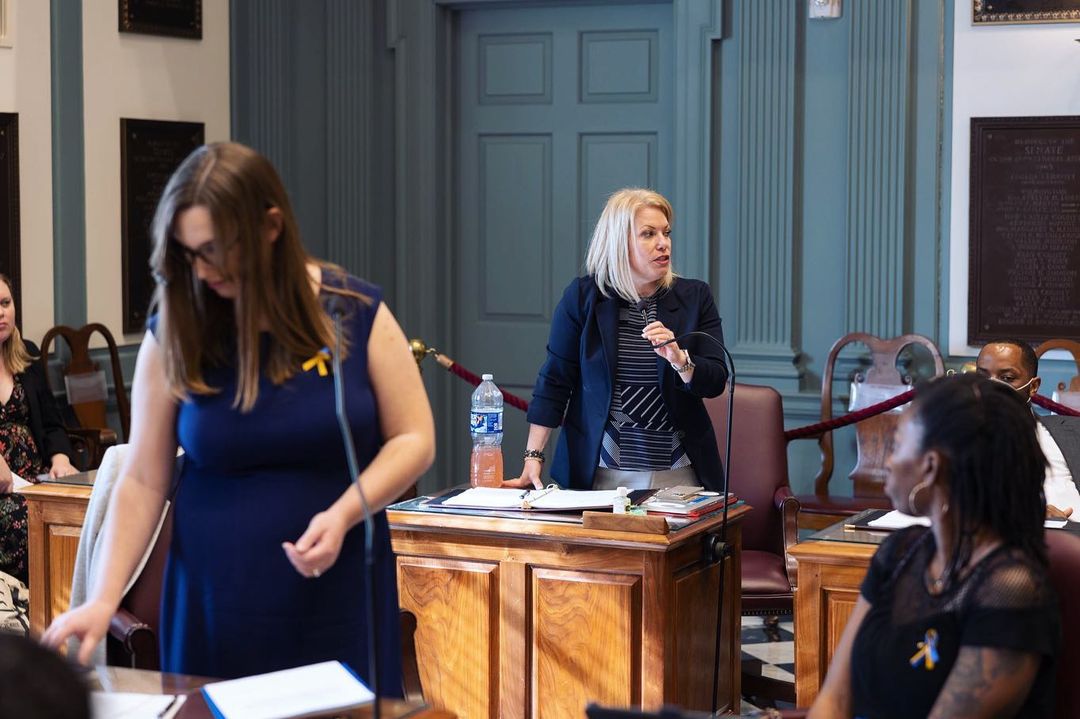 The Senate joined the House in passing House Bill 450, which will effectively discontinue the buying and selling of more than 60 assault-style rifles and handguns in Delaware, including AR-15s, AK-47s, UZIs, and similar weapons used in seven of the deadliest mass shootings of the past decade.  The Senate vote was 13-8, with Democrat Bruce Ennis joining all Republicans in voting no. The bill now goes to the Governor.

Assault-style weapons legally purchased by Delawareans prior to House Bill 450 being signed into law would be grandfathered by the legislation, which also creates a process for the legal owners of those firearms to certify that their purchase occurred before the new law took effect.

The legal owners of those grandfathered firearms would still be allowed to possess, transport and use them on private property, at shooting ranges and during firearm courses, with certain restrictions. Law enforcement and military personnel acting in their official capacity also would be exempt.

“My number one priority – in this job and in my life – is the protection of our families,” Sen. Nicole Poore said. “Time and time again, our courts have ruled we can take steps to protect our families by limiting access to the most destructive and deadly weapons on the market. The weapons that will be discontinued by House Bill 450 are among those used in seven of the deadliest mass shootings of the last decade and 85% of the deaths caused by all mass shootings during that time. By discontinuing the buying and selling of these weapons in Delaware, we are making our children and our communities safer.”

“The intention of this legislation is simple and clear: To make sure the next Uvalde, the next Buffalo, the next Sandy Hook, does not take place in the state of Delaware. It’s to make sure that, in Delaware, it is against the law to obtain the kind of weapons that can inflict this level of carnage and devastation – highly lethal weapons with their origins in the field of military combat, which have ended up in our schools and shopping malls,” Rep. Valerie Longhurst said. “HB 450 is one piece of a puzzle that we have been working to put together for the last several years.”