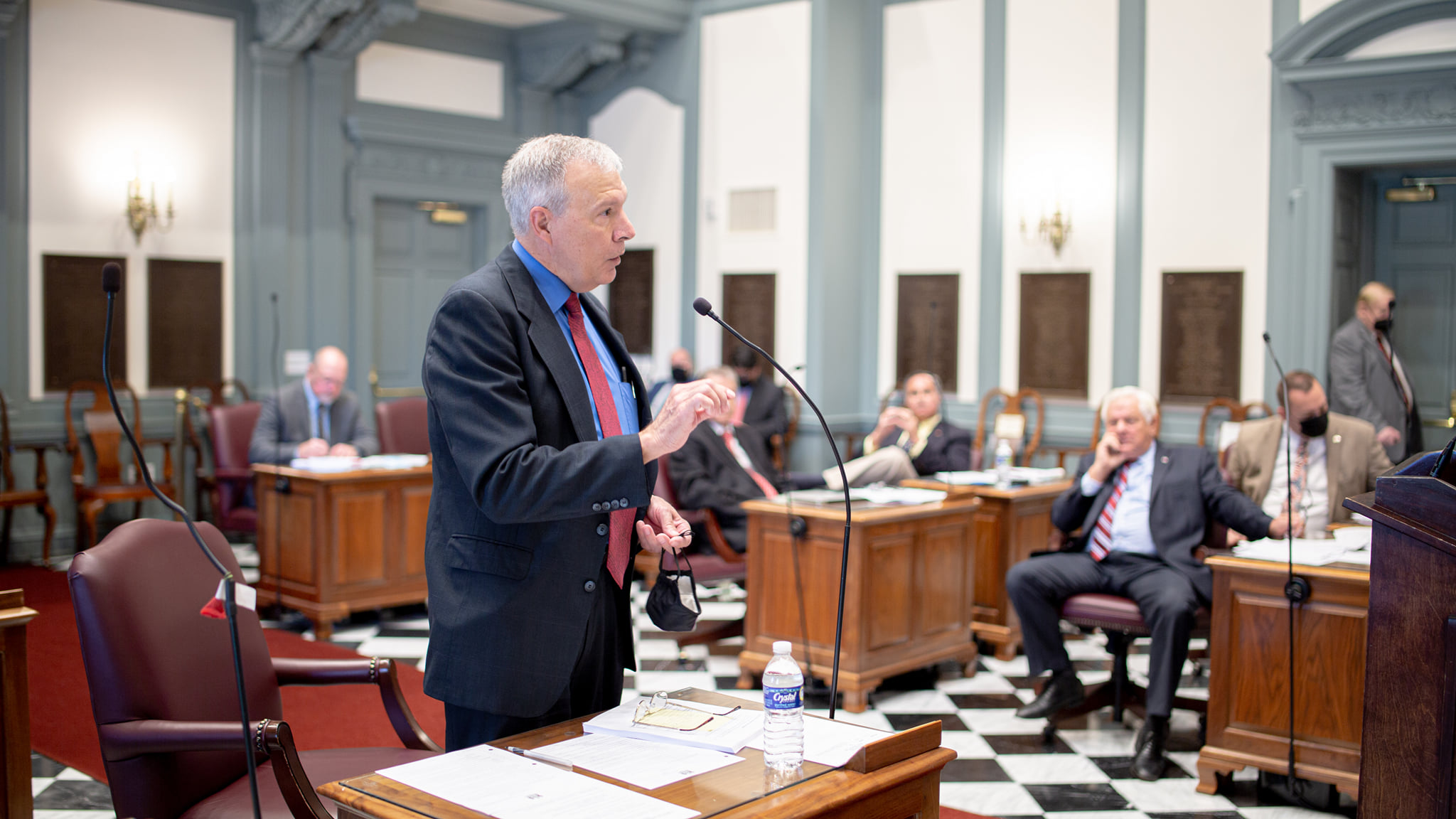 The freaking House was not going to pass Senate Bill 6, the large capacity gun magazine ban, without some more amending shenanigans. So the Senate dealt with the House’s earlier chicanery by substituting the bill and restoring the original Senate bill without the House changes. For the most part, the House accepted this this, but on principle, it just had to amend the bill one more time, dealing with the penalty for a first time offense being a civil violation.

Fine. There comes a point when dealing with a toddler demanding a second popsicle that you just give it to them and deal with the sugar rush rather than deal with the tantrum. You will be amused by the vote chart below. I think it is the largest one ever over my years of doing this.

The second vote in the House yesterday was 23-18, with three Democrats joining all Republicans in voting no: Bill Bush, Andria Bennett, and Bill Carson, the gun toting Uvalde Three.

The third vote in the Senate was 13-8, with only one Demcrat, Bruce Ennis, joining all Republicans in voting no.

A 2018 study also found that as many as 36% of guns used in crimes and nearly 40% of guns used to commit serious violent crimes – including the murder of law enforcement officers – were equipped with large-capacity magazines. At least nine states and the District of Columbia have enacted laws banning large-capacity magazines, including New York, New Jersey, and Maryland – all of which set their cap on magazine capacity at 10 rounds.

“There is no logical reason for the average person to be able to fire 20, 30 or 100 bullets without the need to reload. Limiting the number of rounds a person can fire at once is another piece of the puzzle to reduce gun violence without impacting a person’s right to own or use a firearm,” said Rep. Larry Mitchell. “As a retired police officer, I’ve seen firsthand how gun violence can tear apart families and the dangerous implications of large-capacity magazines. What we’re doing today is taking a meaningful step toward addressing the ongoing and tragic issue of gun violence, and I’m looking forward to seeing this bill signed into law.”

“This bill has endured quite the odyssey on its way to passage and I want to thank my colleagues in the House for working to reach a consensus,” said Senate President Pro Tempore David Sokola, the bill’s lead sponsor. “Limiting the sale of these large-capacity magazines in Delaware will likewise help to save lives in police standoffs and mass shootings in our neighborhoods. It may have taken a few more votes than any of us expected but outlawing these dangerous devices was worth the effort.”

“Passing gun safety measures has been one of the defining issues of my four-year tenure in the State Senate,” said Sen. Laura Sturgeon, a co-prime sponsor of Senate Bill 6. “As an educator who has gone through countless active shooter drills and who taught students dealing with the fear of gun violence in their daily lives, I am relieved that we have taken action to ban large-capacity magazines. This is an important step toward lessening the damage that person intent on harming others can do. Mass school shootings, like all mass shootings, are deadliest when the shooter can fire many rounds quickly without reloading. This bill will prevent that.”

The measure heads to the Senate for final consideration.