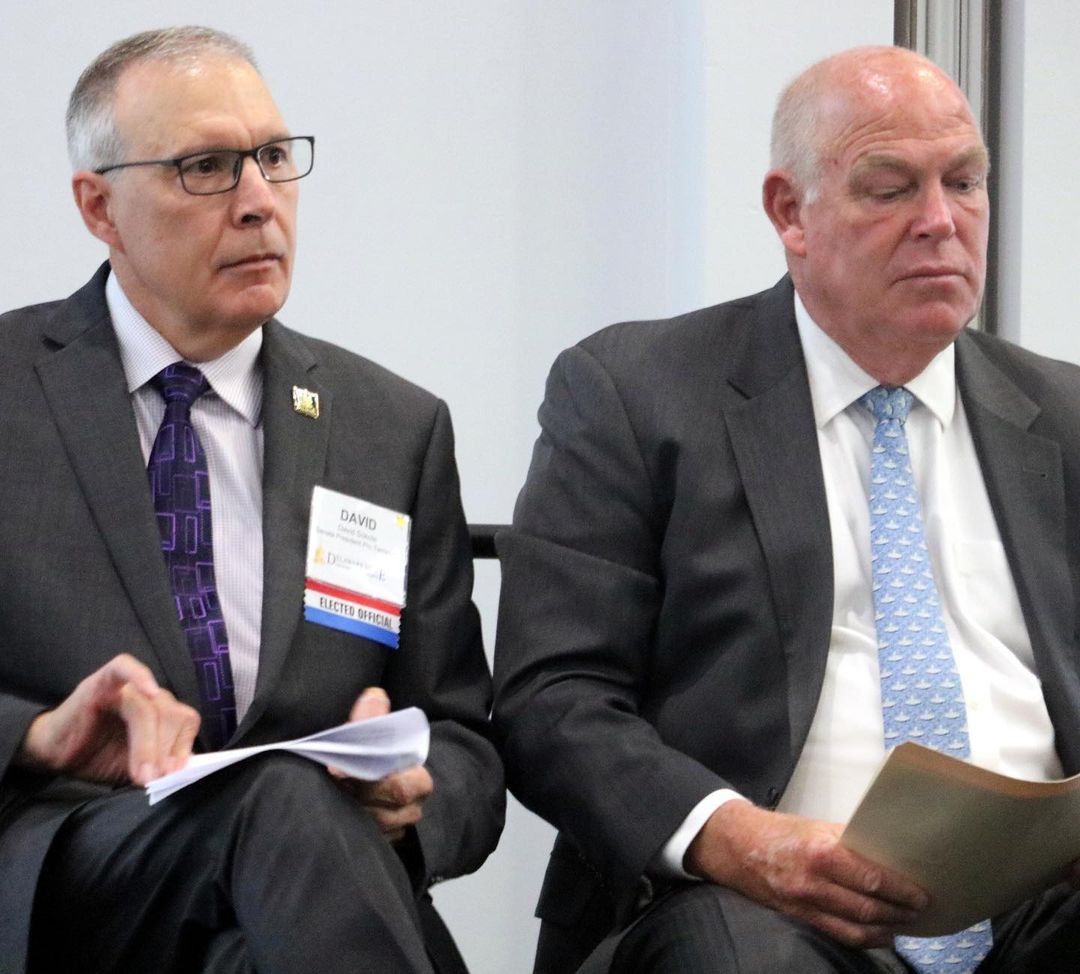 Federal law requires a buyer to be at least 21 years old for all handgun purchases, but only 18 years old for long guns (including rifles and shotguns). State law mirrors those federal requirements. The House took the first step yesterday to change that by passing House Bill 451, basically along party lines, 27-13-1.

House Bill 451 would increase to 21 the age of a person to whom another person can sell or transfer a long gun or ammunition for a firearm.

All Democrats voted yes, along with a lone Republican in Kevin Hensley. Mike Ramone was again absent on a politically contentious vote for his district. If he votes no, he is in danger for the general election, and if he votes yes, he is in danger with his party, so he was absent. Convenient. All remaining Republicans voted no.

According to the Giffords Law Center, six other states require a person to be 21 to purchase a long gun. The others, including Delaware, follow the federal requirement of 18 years of age.

HB 451 would allow limited exceptions for shotguns and muzzle-loading rifles and related ammunition. Active military members, National Guard members, law enforcement officers, and those who have a concealed-carry license who are 18 years or older also would be exempted. The bill also would allow a person under 21 to possess or control a firearm for hunting as long as they comply with existing Delaware law for hunting.

“We already prohibit people under 21 from buying a handgun, and there’s no reason we should treat long guns any differently. More and more, the research shows that 18 is a delicate age, and allowing teens to walk into a store and purchase a firearm is inviting problems. In Delaware, the most common age for shooters has been 18-21 the past few years,” said Rep. Pete Schwartzkopf. “We need to learn from every mass shooting and take decisive action to prevent the next one. Unfortunately, what we saw in Uvalde and Buffalo happened in Parkland four years ago – someone under 21 bought a gun that was designed for the military and used it to murder students. It’s long past time that Delaware lead on this issue and raise the age for buying a rifle to 21.”

House Bill 423 would designate the bureau’s FTAP as the point of contact between a federal firearms licensee and the federal databases checked by the FBI to conduct background checks for firearm purchases or transfers. By establishing SBI as the point of contact for all firearm purchases or transfers in Delaware, the bureau would become responsible for determining if a potential buyer or transferee is prohibited from receipt or possession of a firearm under state or federal law. This would enable SBI to search other databases in addition to relying on the required NICS check, enhancing background checks conducted in the state.

“Thorough and complete background checks are still one of the best ways to ensure that people who should not possess firearms are not able to obtain them,” said Rep. Larry Mitchell. “A national system can have gaps that potentially problematic buyers could slip through. Re-establishing FTAP will help us identify people who would otherwise be prohibited but NICS might have missed, such as a person convicted of a misdemeanor domestic violence offense. It will make our background check system stronger and more thorough and provide more protection for residents.”

For example, persons who are convicted of a misdemeanor domestic violence offense are prohibited from possessing a firearm for five years. NICS would not be aware of such an offense unless it was identified as a domestic violence offense in a particular system. FTAP, however, would have access to state records and would be able to more easily identify the relationship between victim and offender for a particular conviction.

Additionally, any person who has an outstanding warrant is prohibited.  However, NICS only has access to a national database capturing those persons with outstanding warrants who the prosecuting agency has requested be extradited back to answer to the charges. The vast majority of misdemeanor warrants are not in this database, meaning those individuals are not flagged. FTAP would have access to local databases to identify and deny those persons.

“When it comes to gun safety laws, the facts are clear: background checks and other common sense policies like raising the age limit for most firearm purchases will reduce gun deaths in our state,” said Senate President Pro Tempore David Sokola, D-Newark. “I look forward to working with my colleagues on both sides of the aisle to send these bills to Governor John Carney’s desk.”

Under HB 423, firearms dealers who suspect a straw purchase has or is occurring would be able to notify SBI using the same hotline that would be established for background checks through FTAP. The new FTAP system would be required to be up and running within one year of the bill’s signing into law.