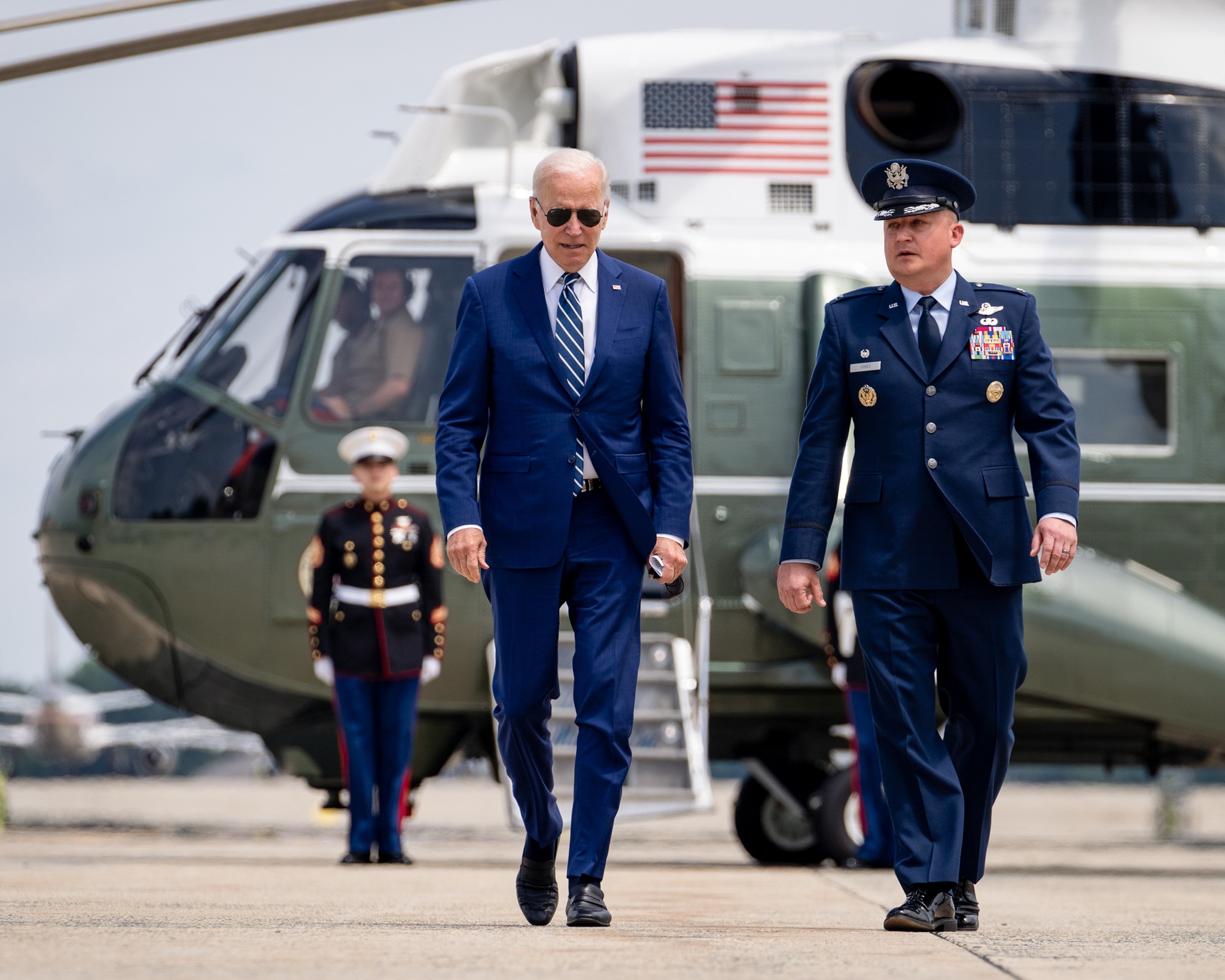 “Senate negotiators announced on Sunday they had agreed on a bipartisan outline for a narrow set of gun safety measures with sufficient support to move through the evenly divided chamber, a significant step toward ending a yearslong congressional impasse on the issue,” the New York Times reports.

“The plan, endorsed by 10 Republicans and 10 Democrats, would include funding for mental health resources, boosting school safety and grants for states to implement so-called red flag laws that allow authorities to confiscate guns from people deemed to be dangerous. It would also expand the nation’s background check system to include juvenile records for any prospective gun buyer under the age of 21.”

Washington Post: “That indicated that the agreement could have enough GOP support to defeat a filibuster, the Senate supermajority rule that has impeded prior gun legislation.”

Politico: “The emerging package is anchored around extra scrutiny for gun buyers under the age of 21, grants to states to enact so-called red flag laws and new spending on mental health treatment and school security. While translating the agreement into legislation will take time, the group of senators is expected to announce that a significant number of lawmakers in both parties are behind their proposal responding to rising gun violence.”

Axios: “The deal, which will be announced imminently, falls short of what many Democrats want, but if passed, it would be the most significant gun safety measure in decades.”

“Former Trump campaign manager Bill Stepien will be among the witnesses testifying Monday before the House select committee investigating the Jan. 6 attack on the U.S. Capitol,” The Hill reports.

Said Raskin: “One of the conventions that was crushed during the Trump administration was respect by politicians for the independence of the law enforcement function.”

He added: “Attorney General Garland is my constituent, and I don’t browbeat my constituents. I think that he knows, his staff knows, US attorneys know, what’s at stake here. They know the importance of it, but I think they are rightfully paying close attention to precedent in history as well as the facts of this case.”

Arkansas Gov. Asa Hutchinson (R) said former President Trump is “politically, morally responsible” for the Jan. 6 riot last year and called for Republicans to do some “soul-searching” after the attack on the U.S. Capitol, The Hill reports.

“Dozens of members of a white supremacist group were arrested on Saturday in Idaho before they could act on plans to riot at a local Pride event,” the New York Times reports.

“After receiving a tip from a concerned citizen, the police detained and charged 31 people who belonged to a far-right group known as Patriot Front.”

“They are being charged with conspiracy to riot.”

“The White House plans to announce as early as Monday a trip by President Biden to Saudi Arabia, a prospect that has prompted pushback from members of Congress critical of the kingdom and its leader,” the Wall Street Journal reports.

“On the issue of gas prices, I drove my electric vehicle from Michigan to here last weekend and went by every gas station and it didn’t matter how high it was.” — Sen. Debbie Stabenow (D-MI), at a congressional hearing.

Said Biden: “Nothing like this has happened since World War II. I know a lot of people thought I was maybe exaggerating. But I knew we had data to sustain he was going to go in, off the border.”

He added: “There was no doubt, And Zelenskyy didn’t want to hear it.”

Former Treasury Secretary Larry Summers said on Sunday that a recession is likely in the next year or two, The Hill reports.

Said El-Erian: “I fear that it’s still going to get worse. We may well get to 9 percent at this rate.”

“Gen. Allen is under FBI investigation for allegedly trying to help Qatar navigate a diplomatic crisis in 2017 and then covering up that he did so.”

“The attorney discipline arm of the DC Bar has brought a case against Rudy Giuliani for pushing election fraud accusations in a Pennsylvania federal court on behalf of Donald Trump after the 2020 election,” CNN reports.

New research shows a change to Facebook’s recommendation system likely accounted for a disproportionate boost in visibility and engagement to conservative political groups on the social media platform starting in 2018, NBC News reports.

A new Pew Research poll finds that 1.6% of the U.S. population identifies as transgender or nonbinary, the latter term being used to describe people who do not identify exclusively as male or female.  Among people younger than 30, about 5% said they are trans or nonbinary.

“Elon Musk on Thursday shot down a bizarre rumor that he was interested in buying right-wing cable network One America News, distancing himself from the idea less than an hour after it was floated by OAN owner Robert Herring,” the Daily Beast reports.

“The Biden administration will scrap a paint scheme for Air Force One proposed by former President Donald Trump that would have changed the iconic blue and gold design after the Air Force determined the darker color scheme would create engine heat issues for the presidential aircraft,” NBC News reports.

“U.S. Defense Secretary Lloyd Austin said China was taking a more aggressive approach to its territorial claims and warned that Chinese aircraft and ships were increasingly engaging in provocative behavior in the Indo-Pacific,” the Wall Street Journal reports.

Chinese Defense Minister Wei Fenghe on Sunday accused the United States of being a “bully” and “hijacking” countries around the region, during a combative speech in which he said his country would “fight to the very end” to stop Taiwanese independence, CNN reports.