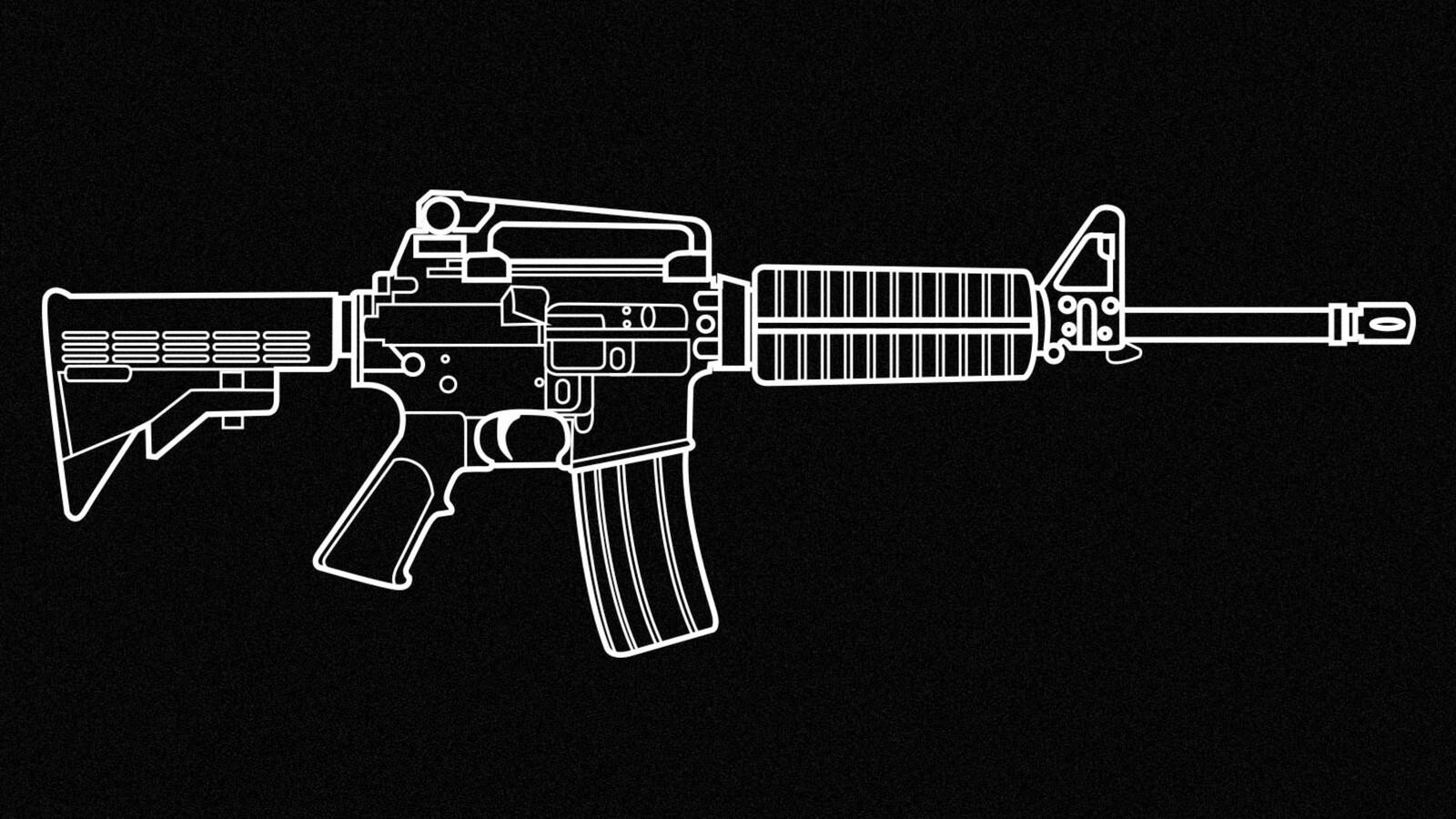 Earlier today, the House passed House Bill 450, the Assault Weapons Ban, by a close vote of 22-19. Four Democrats, Andria Bennett, Bill Bush, Bill Carson and Sean Matthews voted with the Republicans in opposing the bill. The first three are conservative Democrats and no votes were expected.

But Sean Matthews? He is increasingly voting in odd ways. He voted against overriding Governor Carney’s veto of marijuana legalization earlier this week. Is he retiring? Looking to run as a Republican? Who knows. He voted for the bump stock ban in 2018. So his apparent love of assault weapons and their use in the murders of 19 children is a new development.

House Bill 450 would prohibit the manufacture, sale, offer to sell, transfer, purchase, receipt, possession, or transport of assault-style weapons in Delaware, according to a legal definition. The prohibition would include popular firearms such as AK-47s, AR-15s, UZIs and similar weapons.

The legislation would grandfather existing weapons and protect their owners from being misidentified as lawbreakers while placing restrictions on the transportation and use of those weapons.

Under this bill, prohibited weapons would include specific assault long guns and pistols as spelled out in the bill, as well as “copycat” firearms. Copycats include a semi-automatic centerfire rifle, a semi-automatic shotgun that has a folding stock, or a shotgun with a revolving cylinder.

HB 450 would not prohibit the possession and transport of firearms that were lawfully possessed or fully applied for before the bill becomes law, with certain restrictions. There would be exceptions for law-enforcement and military personnel in the course of their official duties, and a limited exception for retired law-enforcement personnel. A person lawfully in possession of an assault weapon prior to the passage of HB 450 could lawfully transfer the weapon to their immediate family member, through inheritance or otherwise.

Additionally, the Department of Safety and Homeland Security would be required to develop a procedure for issuance of a voluntary certificate of possession to show lawful possession of an assault weapon prior to the bill becoming law. A gun owner would not be required to apply for the certificate. The department would not be permitted to retain copies of issued certificates or identifying information of any applicant.

“The intention of this legislation is simple and clear: To make sure the next Uvalde, the next Buffalo, the next Sandy Hook, does not take place in the state of Delaware. It’s to make sure that, in Delaware, it is against the law to obtain the kind of weapons that can inflict this level of carnage and devastation – highly lethal weapons with their origins in the field of military combat, which have ended up in our schools and shopping malls,” said Rep. Valerie Longhurst. “The shooter at Robb Elementary school had an AR-15 style semi-automatic rifle. The shooters in Buffalo, El Paso, Parkland, Las Vegas, and Sandy Hook were also armed with semi-automatic assault-style weapons that would be prohibited by this bill.

“HB 450 is one piece of a puzzle that we have been working to put together for the last several years. We have worked to address mental health in our schools and communities; we’ve enacted Red Flag laws to identify those who should not be allowed to obtain weapons; we’ve dedicated millions of dollars to making our school buildings safer and more secure; and we’ve worked to reduce the heinous lethality of the firearms in our state by banning bump stocks and other devices. I’m grateful to my colleagues for taking this bold step forward today and look forward to it becoming law.”

“It seems as if after every tragic mass shooting, there is an outcry from residents asking elected leaders to stand up and do something. And while Delaware has stepped up multiple times, we must continue to answer that call from our constituents,” said Sen. Nicole Poore, the lead Senate sponsor of HB 450. “The vast majority of Americans and Delawareans support common-sense gun safety measures that will protect the lives of our children, neighbors and friends. Discontinuing the sale of assault-style weapons will help reduce the proliferation of these firearms and could help prevent the next mass shooting from happening in our state.”

HB 450 now heads to the Senate for consideration.

2 comments on “What has happened to Sean Matthews?”