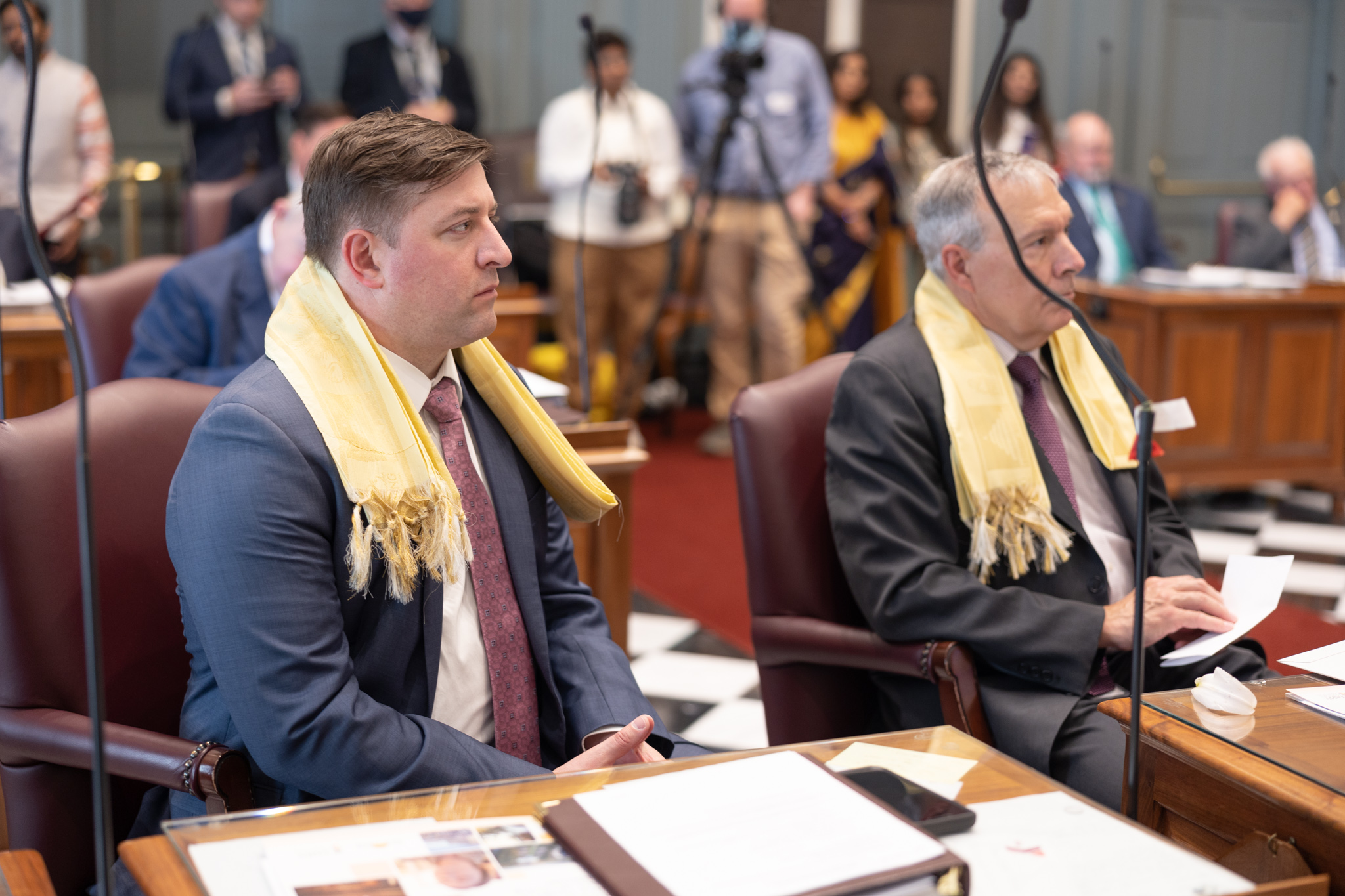 Senate Bill 100, sponsored by Senator Townsend, was passed by the House and Senate unanimously last month, 39-0-2 and 20-0-1, respectively. This bill, if signed by Govenor Carney, would establish a Public Education Compensation Committee for the purpose of reviewing Delaware’s educator compensation structure and its ability to compete with regional school districts, Delaware’s private business sector, and other governmental agencies and to develop recommendations to establish a new compensation structure for educators in Delaware.

Eventually, they will conclude that they will need to raise teacher’s pay, which is clear now. But if a Task Force says it, then it is more legitimate, apparently.

More than 635 positions are currently vacant across the state’s public school system, according to the educator recruiting platform managed by the Delaware Department of Education. Nationally, education ranks among the top industries affected by job loss during the pandemic — but this trend began long before 2020.

According to the National Education Association’s Ranking of the States, Delaware’s average instructional staff and teacher salaries trail behind its neighboring states, giving New Jersey, Pennsylvania and Maryland a competitive edge on recruiting and retaining teachers. Since 2008, Delaware has lost nearly 20% of its educational staffing, which has led to a rise in class sizes, a substitute teacher shortage, and widespread educator burnout.

If passed by the General Assembly and signed by Gov. John Carney, SB100 would direct the Public Education Compensation Committee to hold its first meeting on or before August 1, 2022, with a final report due by November 15, 2023.

​​“Education is a calling. No one becomes an educator to get rich or to earn an easy paycheck,” said Sen. Bryan Townsend, the bill’s lead sponsor. “We cannot afford the consequences of allowing educator salaries to remain stagnant while workloads rise. We must reassess educator compensation so that we can retain and strengthen our education workforce and be competitive in recruiting the next generation of educators.  Our students’ futures hinge on us solving this issue.”

“The future of public education as a career field in Delaware depends on creating a competitive compensation structure that will attract the best educators in the region,” said Stephanie Ingram, President of the Delaware State Education Association. “We are competing with Maryland, Pennsylvania, and New Jersey in hiring public school educators, so the compensation we offer MUST keep pace with that of our neighbors while also recognizing the increasing workloads placed on educators year after year.”

“As a former public school teacher, I look forward to serving on the Public Education Compensation Committee,” said Senate Education Committee Chair Sen. Laura Sturgeon. “I have seen many colleagues over the years leave the profession, leave the state or retire early because of Delaware’s outdated public educator compensation structure. Teachers also need pathways for advancement that don’t take them out of the classroom, something I look forward to exploring.  We must properly compensate and support our teachers or risk losing them.”

“Delaware has been behind far too long when it comes to education compensation,” said House Education Committee Chair Rep. Kim Williams, who will also serve on the Public Education Compensation Committee. “We often hear how students no longer aspire to be educators or how many current educators are leaving the profession. With previous legislation like Grow Your Own, Year-Long Teacher Residency programs and increased funding for Special Education students, we believe Senate Bill 100 provides another step that is needed to improve our schools and to recruit and retain educators. This legislation provides Delawareans and college students more of an incentive to stay in Delaware, making our state stronger for years to come.”