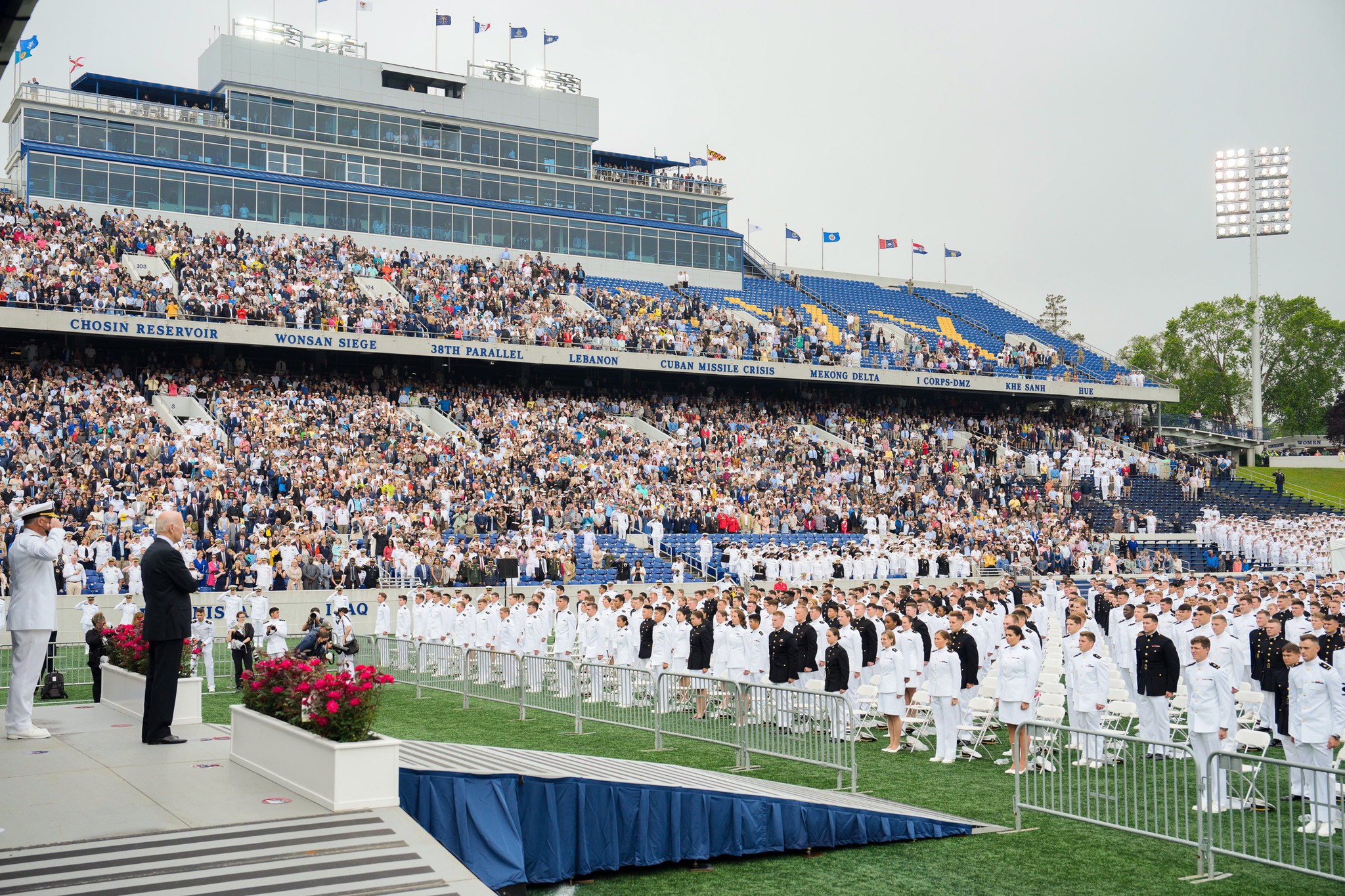 Rep. Billy Long (R-MO) tweeted out his platform for his Republican Senate primary race in Missouri:

FLORIDA U.S. SENATOR. A new Public Policy Polling survey for Giffords PAC, which has endorsed Rep. Val Demings, finds Republican Sen. Marco Rubio leading Demings 47-41. The results are similar to what we’ve seen from most other pollsters throughout the race.

OHIO GOVERNOR. Suffolk University, which recently released polling for Ohio’s Senate race, has now also put out numbers for the state’s gubernatorial contest. The survey finds Republican Gov. Mike DeWine leading Democratic nominee Nan Whaley 45-30, with Niel Petersen, a far-right pastor and Army veteran running as an independent, taking an unusually large 11% of the vote; 13% are undecided. This is the first public poll of the race conducted this year.

WASHINGTON 3RD CD. Republican Rep. Jaime Herrera Beutler, who faces a MAGA-fueled insurgency on her right flank, is taking a decidedly centrist tack with her first TV ad of the race. The spot stars a woman named Darsi Ross, who says two of her kids have diabetes and praises the congresswoman for “fighting to cap the cost of insulin and other prescriptions.” Herrera Beutler was one of just 12 House Republicans who voted in favor of a key Democratic bill in March that would limit the cost of insulin to $35 a month. However, her fellow Republicans in the Senate have so far blocked the legislation.

Many Democrats have run ads touting the measure, so it’s unusual to see a Republican do the same. But Herrera Beutler is likely hoping to win over Democratic support in Washington’s Aug. 2 top-two primary, where multiple ultra-conservative candidates are hoping to exact payback for her vote to impeach Donald Trump last year. One of them, Army veteran Joe Kent, has Trump’s endorsement and has raised considerable sums, but at a recent candidate forum, he fretted about disunity on the far right, noting that one rival, businesswoman Heidi St. John, had reneged on an earlier pledge to unite behind Trump’s choice.

Disarray among Herrera Beutler’s intra-party critics might not end up mattering, though. Democrats vigorously sought to challenge the incumbent in both 2018 and 2020, but they lack a strong candidate this time. That’s left Herrera Beutler with an opening to pursue middle-of-the-road voters in the primary, with the ultimate goal of landing herself in an all-Republican general election, whether against Kent or someone else. (In Washington, as in California, all candidates from all parties run together on a single primary ballot, with the two highest vote-getters advancing, regardless of party.)

In November, then, Herrera Beutler would try to woo moderate Republicans as well as Democrats, many of whom would be inclined to prefer her to an extremist like Kent. In a closely divided district like southwestern Washington’s 3rd, which Trump would have carried 51-46, the strategy may well work. It’s not without risks, though, since a fired-up Trumpist campaign would win the support of most Republicans while many Democrats might skip the race altogether rather than vote for the lesser of two evils.

GEORGIA U.S. SENATOR. Democratic Sen. Raphael Warnock has dropped his first negative ad of the general election, highlighting one of the most bonkers things to ever come out of Republican Herschel Walker’s mouth—and that’s saying something. The entire spot features nothing but clips from a 2020 interview Walker did with far-right instigator Glenn Beck, and it really must be seen to be believed:

You know what, Glenn, I want to say something I probably shouldn’t. Do you know right now I have something that can bring you into a building that would clean you from COVID as you walk through this, this dry mix. As you walk through the door, it will kill any COVID on your body. When you leave, it will kill the virus as you leave, this here product. They don’t want to talk about that. They don’t want to hear about that.

As Walker delivers his berserk pitch, on-screen text appears referencing a Daily Beast article from earlier this year headlined, “GOP Hopeful Herschel Walker Pushed Snake Oil Body Spray for COVID.” According to Roger Sollenberger, Walker even managed to flummox Beck, who at one point did “a double-take” and soon changed the conversation. Chyrons aside, Warnock is obviously betting that Walker’s words alone will be enough to alienate voters.

OREGON GOVERNOR. The first-ever public poll of Oregon’s open race for governor comes from Republican pollster Nelson Research, which finds the GOP’s nominee, former state House Minority Leader Christine Drazan, edging out Democrat Tina Kotek, the former speaker of the state House, 30-28, with former state Sen. Betsy Johnson, a conservative Democrat turned independent, taking 19% of the vote and 24% of voters undecided. It’s not clear whether Nelson Research conducted this poll on behalf of a client or for itself.

MICHIGAN GOVERNOR. Businessman Perry Johnson has field an emergency appeal asking the state Supreme Court to reverse Wednesday’s unanimous state Court of Appeals ruling that had rejected his bid to get onto the ballot after he and several other GOP candidates were disqualified from running last week over fraudulent voter petition signatures, though time is quickly running short with state officials facing a Friday deadline to finalize the August primary ballot. Citing that same Court of Appeals ruling, the lower state Court of Claims later on Wednesday also rejected former Detroit Police Chief James Craig’s lawsuit to get onto the ballot, and Craig likewise vowed to appeal.

Meanwhile, Michigan Right to Life, which Bridge Michigan describes as the most influential anti-abortion group in state GOP politics, has endorsed right-wing radio host Tudor Dixon ahead of the August primary.

ARIZONA 6TH CD. State Rep. Daniel Hernandez has publicized a new Impact Research poll of the Democratic primary for Arizona’s open 6th Congressional District (the successor to the 2nd) that finds him leading former state Sen. Kirsten Engel 36-20, with 42% undecided. Only one notable Republican, former Doug Ducey advisor Juan Ciscomani, is seeking this seat, which Joe Biden would have carried by a bare 49.3-49.2 margin, according to Dave’s Redistricting App.

MINNESOTA 1ST CD. Despite filing to run in the regular August Republican primary earlier this week after losing last month’s special election primary, former Freeborn County GOP chair Matt Benda says he is not actually running again, claiming that there were FEC “issues” with his failed special election campaign that he needed to resolve before withdrawing from the race and that he had filed to remove his name from the August ballot on Thursday.

State Rep. Jeremy Munson, who lost last month’s special primary 38-37 to former Department of Agriculture official Brad Finstad, also raised eyebrows among Republicans by filing to run in the regular election despite endorsing Finstad and saying he may even leave politics following his loss in the special primary. However, MinnPost suggested that Munson, who has yet to comment on his intentions, may be running a ghost campaign in order to continue raising donations to pay back a $200,000 loan he previously made to his campaign during the special election.

ILLINOIS 1ST CD. The Chicago Teachers Union, which says it represents more than 25,000 members citywide, has endorsed businessman Jonathan Jackson, who is the son of civil rights leader Jesse Jackson, in the crowded June 28 Democratic primary for this open seat.

NEW YORK 23RD CD. State GOP chair Nick Langworthy is reportedly circulating ballot petitions to run after Rep. Chris Jacobs kicked up a hornet’s nest within the GOP by saying last Friday that he would support an assault weapons ban in the wake of recent mass shootings, though Langworthy has yet to address whether he’s considering challenging the incumbent in the Aug. 23 primary. However, the filing deadline is quickly approaching on June 10.

One key vulnerability Jacobs may have is that he only represents 36% of the new district following redistricting. Another 58% of the new district comes from the existing version of the 23rd, which is presently vacant thanks to former GOP Rep. Tom Reed’s resignation. While the upcoming Aug. 23 special election to replace Reed in the old 23rd will see GOP party chairs pick a nominee beforehand rather than that candidate gaining the support of GOP voters there by winning a primary, the eventual special election nominee or another Republican could still have a major opening to challenge Jacobs for a full term in the revised district thanks to geography.

SOUTH DAKOTA ATTORNEY GENERAL Republican Attorney General Jason Ravnsborg, who faces an impeachment trial later this month, will not seek re-election this fall, according to unnamed sources who spoke with Dakota News Now’s Austin Goss. In April, South Dakota’s Republican-run state House voted to impeach Ravnsborg, who pleaded guilty to misdemeanor charges for striking and killing a man with his car in September of 2020 but avoided jail time. It would take a two-thirds vote in the Senate to remove him from office.

Ravnsborg had resisted widespread calls from his own party to resign following the fatal crash, but he had yet to confirm whether he’d run for a second term. He had already been facing an intra-party challenge from his predecessor, Marty Jackley, who left office due to term limits in 2018. In addition, Dave Natvig, a top Ravnsborg deputy described by Goss as a “long-time political ally” of the incumbent, also kicked off a campaign last month. The GOP nomination will be decided at a party convention that starts on June 23—the day after Ravnsborg’s trial is slated to end.