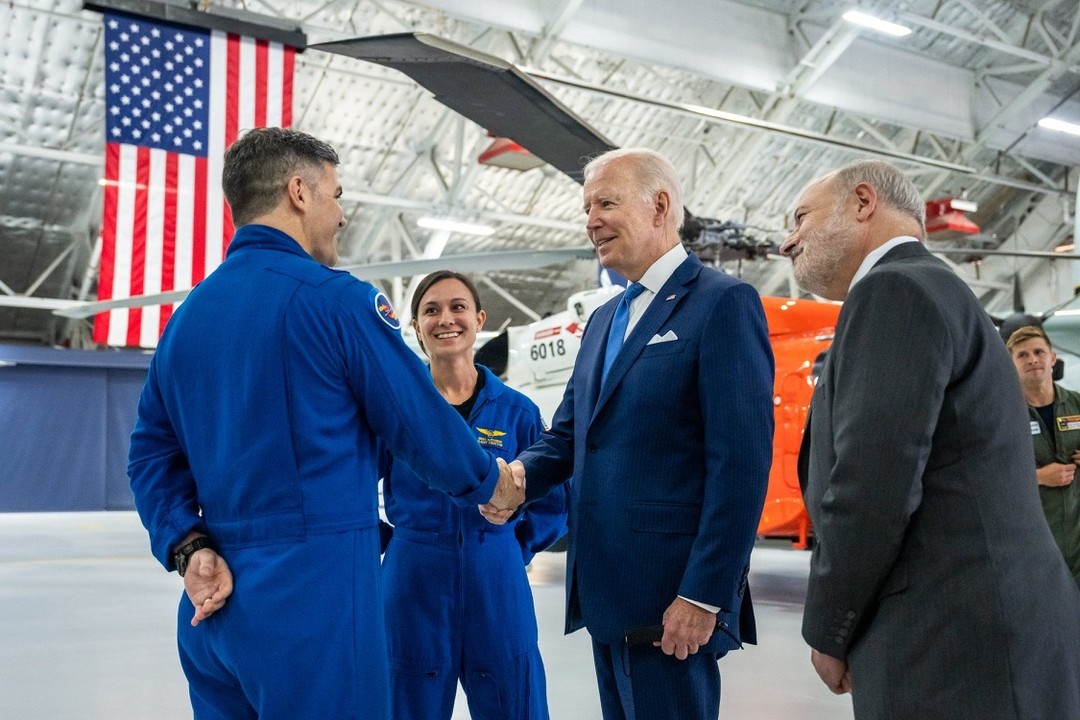 “When the Supreme Court’s draft decision to overturn Roe v. Wade leaked, Sen. Susan Collins said she was flabbergasted, deeply troubled, even shocked. After all, soon-to-be-Supreme Court Justice Brett Kavanaugh had promised her in 2018 that Roe was a matter of settled law — despite his deeply conservative track record on abortion,” Rolling Stone reports.

“Turns out, Collins wasn’t just wrong about Kavanaugh. She was deliberately manipulated by Trump administration officials — and a future Supreme Court Justice — who viewed her as an easy mark.”

“Two former senior Trump White House officials tell Rolling Stone that the pro-choice Collins wasn’t even considered a serious threat to the devoutly conservative Kavanaugh. Instead, the team predicted she’d need only a vague assurance that the nominee would uphold the half-century-old ruling defending abortion rights.”

John Avlon gives a preview of the January 6 committee’s public hearings scheduled for next week.

“This makes Florida an especially vivid laboratory to study the limits of the GOP’s push to restrict abortion. At what point does the Republican-dominated legislature in Tallahassee, unaccustomed recently to negative consequences at the polls, discover it has awakened a constituency that had come to rely on abortion as an important option in navigating their lives?”

“The ruble is now an official currency in the southern Kherson region, alongside the Ukrainian hryvnia,” the AP reports.

“Residents there and in Russia-controlled parts of the Zaporizhzhia region are being offered expedited Russian passports. The Kremlin-installed administrations in both regions have talked about plans to become part of Russia.”

Washington Post: “Russian President Vladimir Putin is digging in for a long war of attrition over Ukraine and will be relentless in trying to use economic weapons, such as a blockade of Ukrainian grain exports, to whittle away Western support for Kyiv.”

The Special Olympics USA Games, scheduled for next week in Orlando, rescinded its Covid-19 vaccine requirement for the competition after Florida Gov. Ron DeSantis’ administration warned they could face $27.5 million in fines, ABC News reports.

A Proud Boys member who was caught on video joining a mob pursuing police officers and smashing a sign inside the U.S. Capitol on Jan. 6, 2021, pleaded guilty Friday to a felony count of obstruction of an official proceeding, NBC News reports.

“As a disturbing string of mass shootings focuses the public spotlight on gun violence, the embattled National Rifle Association appears to have suffered another year of diminished membership revenue and cuts to core programs,” ABC News reports.

The U.S. Capitol Police said they arrested a man near the Capitol with high capacity magazines and body armor, Politico reports.

“Turkey’s inflation for the month of May rose by an eye-watering 73.5% year on year, its highest in 23 years, as the country grapples with soaring food and energy costs and President Recep Tayyip Erdogan’s long-running unorthodox strategy on monetary policy,” CNBC reports.  “Food prices in the country of 84 million rose 91.6% year on year.”

Financial Times: “After months of rolling lockdowns in scores of Chinese cities that have forced hundreds of millions of people to remain in their homes, it is clear that President Xi Jinping is prepared to pursue his policy of zero-Covid at the expense of all other concerns.”

“That includes the widespread damage the policy is wreaking on the world’s second-biggest economy and most important manufacturing engine, and the political risks it is creating by further limiting the freedom of 1.4bn people.”

“Sheryl Sandberg may pursue a career in politics after she leaves Facebook, with some Beltway observers highlighting her high profile, a history of business success, a popular book, and a compelling personal story,” Insider reports.  “One person suggested Sandberg is eyeing Dianne Feinstein’s Senate seat.”

Peggy Noonan: “I’m not saying, ‘Oh, America was once so wonderful and now it’s not.’ I’m saying we are losing old habits of discipline and pride in expertise—of peerlessness. There was a kind of American gleam. If the world called on us—in business, the arts, the military, diplomacy, science—they knew they were going to get help. The grown-ups had arrived, with their deep competence.”

“America now feels more like people who took the Expedited Three Month Training Course and got the security badge and went to work and formed an affinity group to advocate for change. A people who love to talk, endlessly, about sensitivity, yet aren’t sensitive enough to save the children bleeding out on the other side of the door.”

Dan Moynihan: “This is the tale of a fake news story, widely shared by a lot of smart people who so badly wanted for it to be true that they didn’t care that it wasn’t.”

“It is also the tale of the decline of local news in America, the wave of pink slime that is replacing it, feeding destructive partisan narratives about public institutions.”