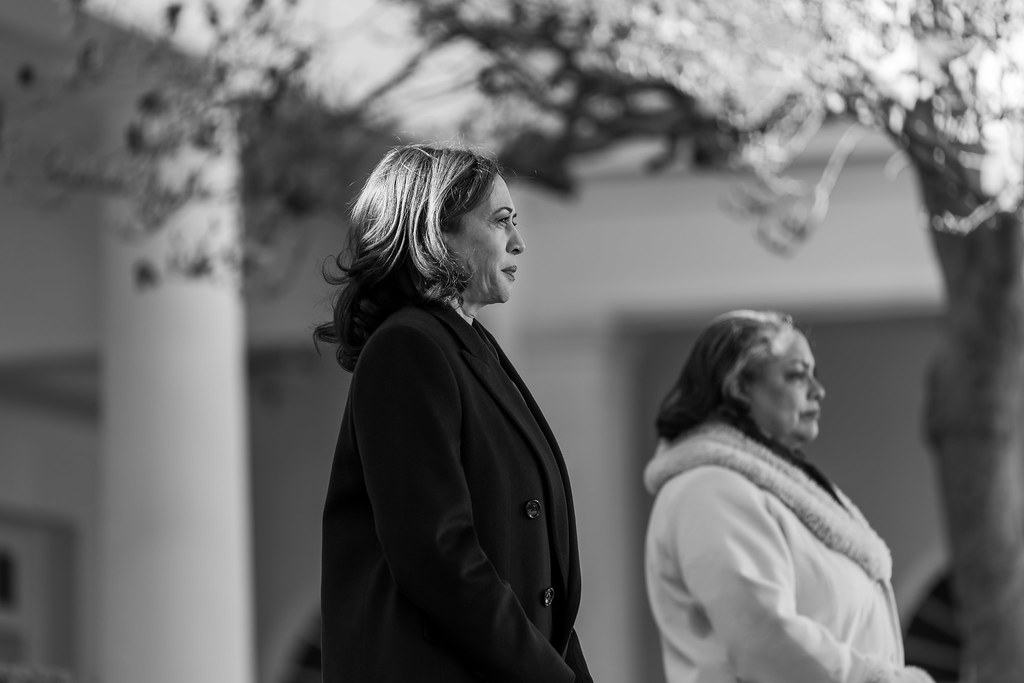 A new Gallup poll finds 71% of Americans say they support legal same-sex marriage, which exceeds the previous high of 70% recorded in 2021 by one percentage point.

A new Wall Street Journal-NORC poll finds that 68% of Americans want the Supreme Court to uphold Roe v. Wade, and 58% favor women having access to legal abortion for any reason — the highest it’s been since the question was first asked in 1977.

Meanwhile, a new Gallup poll finds that after a decade in which Americans’ identification as “pro-choice” varied narrowly between 45% and 50%, the percentage has jumped six points to 55% in the latest poll.

CNN: “These pockets of resistance to voting machines mark another attempt by Republicans sold on former President Donald Trump’s baseless claims of election fraud to transform how US elections are run. So far, most efforts have been thwarted at the state level. But critics warn that the moves, if successful in just a handful of localities, would result in delays and chaos and potentially open the door to election subversion efforts.”

“Trump has also cheered on efforts to yank the machines, praising the lawsuit recently filed in Arizona by Republicans Mark Finchem and Kari Lake — candidates he has endorsed for secretary of state and governor, respectively.”

Pollster Cornell Belcher told NBC News that Democrats should make the upcoming midterm elections about “the angry mom” — on issues like gun violence and abortion.

He added: “I think there’s an opportunity for Democrats — if Democrats make this election about anything except what’s happening in our schools, and what’s happening, sort of, these mass shootings, and a woman’s right to take care of her body.”

OHIO U.S. SENATOR. The first post-primary poll of Ohio’s open Senate race finds Republican nominee J.D. Vance with a small 42-39 lead on Democratic Rep. Tim Ryan, though 17% of voters have yet to make up their minds, according to Suffolk University.

GEORGIA GOVERNOR. Democrat Stacey Abrams has launched her first TV ad since winning last month’s primary, and the spot blasts Republican Gov. Brian Kemp for having “made it easier for criminals to carry guns in public,” vowing to criminalize abortion, and providing “tax cuts for himself and his ultra-wealthy friends.”

Notably, this ad is from Abrams’ One Georgia leadership committee, which can raise and spend unlimited contributions from donors now that the primaries are over thanks to a law that Kemp himself signed in 2021 in an attempt to gain his own fundraising advantage.

ILLINOIS GOVERNOR. Hedge fund billionaire Ken Griffin, who is Illinois’ wealthiest resident, has given an additional $5 million to Aurora Mayor Richard Irvin’s campaign for the June 28 GOP primary, bringing his investment up to a staggering $50 million thanks to Illinois’ lack of contribution limits. Due in large part to the wealth of just three billionaires, candidates and outside groups in Illinois’ upcoming primaries have spent an eye-popping $30 million on ads in May alone as Democrats have gotten involved in the GOP primary to try to stop Irvin and boost a more conservative opponent while Irvin’s camp has spent heavily in response.

Irvin has expended $11.1 million while the Democratic Governors Association has dropped $6.5 million on a mix of ads attacking Irvin and boosting state Sen. Darren Bailey, who is running to Irvin’s right and has spent $4.1 million with an additional $2.7 million in outside support from a PAC funded by right-wing billionaire Dick Uihlein. The final billionaire is Democratic Gov. J.B. Pritzker himself, who is extensively self-funding his campaign and has spent $4 million on ads mainly opposing Irvin. Lastly, venture capitalist Jesse Sullivan has spent $1.5 million on GOP primary ads.

Every other poll released this cycle has so far found Whitmer at or below 50% with considerably more support for her Republican challengers than Target Insyght has, and even during the blue wave of 2018, she only earned 53% of the vote. Though voters in recent years have been more apt to split their tickets in state races despite historically high levels of polarization in federal elections, Whitmer and her fellow Democrats in swingy Michigan are still likely to face strong headwinds this November thanks to Joe Biden’s weak approval ratings and traditional midterm patterns that favor the out-party. We’re therefore extremely skeptical of these numbers unless confirmed elsewhere.

Meanwhile, in the August GOP primary, the state Court of Appeals ruled on Wednesday that self-funding businessman Perry Johnson cannot appear on the ballot after he and several other GOP candidates were disqualified from running last week due to fraudulent voter petition signatures. Johnson didn’t indicate whether he would appeal further to the state Supreme Court, but the state is set to finalize its primary ballot on Friday.

“A judge declined to put a former Detroit police chief on the Republican ballot for Michigan governor, the third candidate to lose a court challenge after election staff said campaign petitions were marred by fraudulent signatures,” the AP reports. “It’s a remarkable setback for James Craig (R), who has high name recognition in southeastern Michigan and retired as Detroit’s top cop last year to make his first run for office.”

In a setback for the five Republican gubernatorial candidates who have been kicked off the ballot (including frontrunner James Craig), the state Court of Appeals unanimously denied a lawsuit from one of the contenders seeking to be reinstated, the Detroit News reports.

The case is probably headed to the state Supreme Court next.

FLORIDA GOVERNOR. We’re not quite sure what to make of this, but the Florida Education Association, which is the state’s largest teachers union, says it’s “backing” Democratic Rep. Charlie Crist’s bid for governor but stresses that it’s not giving Crist its “formal endorsement.” We’re accustomed to this sort of parsing from politicians, but we can’t recall ever seeing a labor union—especially not one with 150,000 members—engage in this kind of hair-splitting.

MINNESOTA GOVERNOR, 2ND CD, and 1ST CD. Candidate filing closed on Tuesday, and the state has a list of who is running here for the August primary. For governor, far-right state Sen. Scott Jensen managed to avoid a competitive primary after winning the state GOP convention’s endorsement last month. While it’s commonplace for candidates to agree to drop out before the primary after they lose at the convention, former state Senate Majority Leader Paul Gazelka and dermatologist Neil Shah didn’t appear to have confirmed they would until they declined to file. Lastly, Hennepin County Sheriff Rich Stanek, who had said he was unable to attend the convention due to injuries from a car crash, also dropped out by not filing.

On the Democratic side, Gov. Tim Walz faces only token opposition in his quest for a second term. Walz also got potential good news when former radio host Cory Hepola, who had announced he was running as a Forward Party candidate earlier this year on a platform that appeared more likely to take votes from Democrats than Republicans, also didn’t file.

Unfortunately for Democrats, candidates from each of two pro-marijuana third parties qualified to run for governor and in the 1st and 2nd Congressional Districts. However, the presence on the ballot of the Legal Marijuana Now Party and Grassroots – Legalize Cannabis Party has if anything had the opposite effect of their stated purpose by likely drawing votes disproportionately from the left, potentially depriving Democrats of enough support to cost them control of the state Senate in 2020 and let the narrow Republican majority block Democrats’ legalization effort earlier this year.

Republicans themselves may have had a role in the pro-weed parties’ success. Adam Weeks, who was Legal Marijuana Now’ 2020 nominee in the 2nd District but died two months before Election Day, had told a friend in a voicemail recording that surfaced after his death that he’d been recruited by the GOP to run and “pull away votes” from Democratic Rep. Angie Craig to help GOP challenger Tyler Kistner. Although Craig won that contest by a 48-46 margin, that was a notable underperformance of Joe Biden’s 52-46 victory in the district thanks in part to Weeks posthumously taking 6%.

Craig faces a rematch with Kistner this fall along with candidates from both cannabis parties, and Kistner himself released a mid-May poll from GOP firm Cygnal this week that showed him trailing Craig by a modest 43-38 margin, with Legal Marijuana Now Party candidate Paula Overby taking 4%.

Kirkus Reviews: “Over the past 50 years, the Republican Party has continuously nominated incurious, poorly read, and laughably unprepared candidates for public office, with puppet masters in the wings to minimize the damage. Such is the all-too-convincing premise of Borowitz’s exhaustively detailed, devastatingly funny takedown of a veritable Mount Rushmore of incompetents: ‘People sometimes call our nation ‘the American experiment.’ Recently, though, we’ve been lab rats in another, perverse American experiment, seemingly designed to answer this question: Who’s the most ignorant person the United States is willing to elect?’”

“After Rep. Young Kim (R-CA) flipped an Orange County House seat in 2020, she was hailed as one of the new faces of the Republican Party: a 58-year-old Korean American politician who was able to win a seat even as Joe Biden carried the district at the top of the ticket,” the New York Times reports.

“After redistricting, the seat was drawn even more in her favor in 2022. Instead of having a Democratic tilt, analysts say, it now favors Republicans — and seemingly Kim.”

“And yet an expensive rescue mission on Kim’s behalf has been not so quietly underway in recent weeks ahead of California’s June 7 primary, which was supposed to have been a cakewalk for the incumbent Republican.”

South Dakota Attorney General Jason Ravnsborg (R) will not run for re-election in 2022, regardless of the outcome of his Senate impeachment trial, KOTA reports. Ravnsborg’s tenure as Attorney General has been marred by a September 2020 crash where he struck and killed pedestrian Joe Boever with his car.

Rep. Bobby Scott (D-VA), chair of the House Education and Labor Committee, put out a tweet denying that he’s retiring from the House of Representatives.