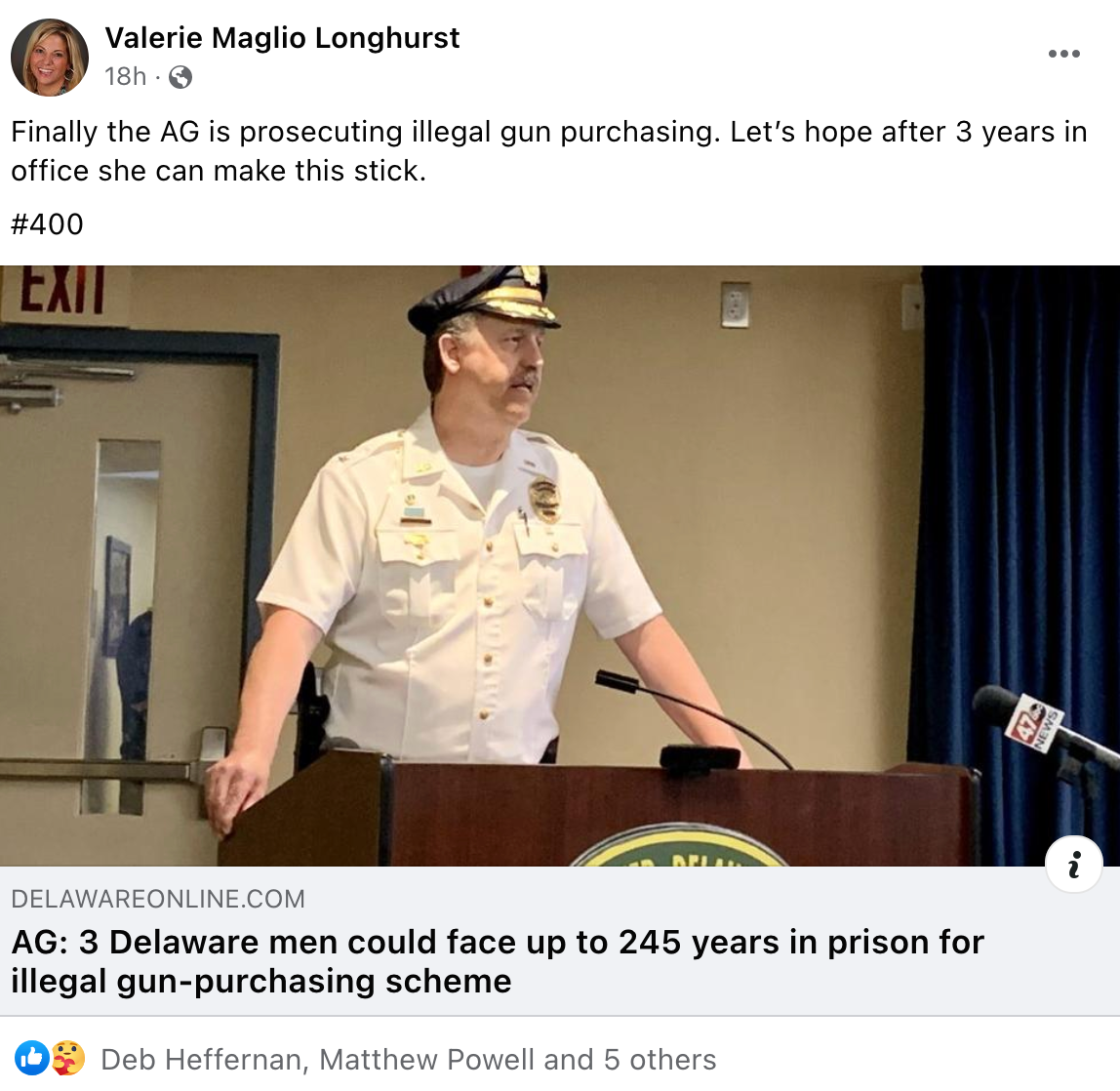 First, the “make this stick” part reveals that Longhurst is mad at the AG for prosecuting her friend, the Republican indicted auditor.

Second, Longhurst has personally bottled up several gun bills, including Senate Bill 3, in committee, so it is rich that she dares criticizes anyone else on fighting gun violence.

Third, Longhurst is employing the bullshit NRA talking point that the AG doesn’t prosecute gun crimes. They do. A lot.

Fifth, she hashtags the 400 at the end, which is in reference to the 400 days since she decided to put Senate Bill 3 in committee and not give the House a chance to vote on gun safety legislation, thus doing the NRA’s bidding. And it is 407 days now.