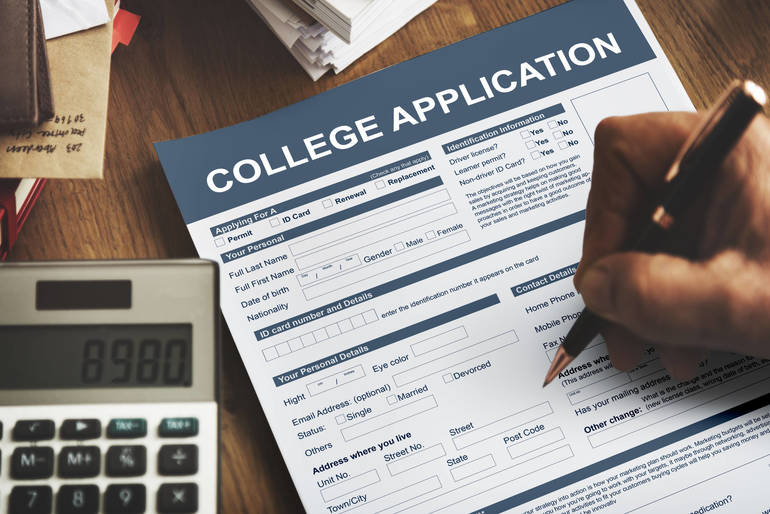 The United States leads the world in incarceration and criminal convictions. Approximately seventy-one million, or roughly one in three adults, have criminal convictions are subject to discrimination on the basis of that conviction. Discrimination on the basis of criminal history is widely documented in the areas of employment, housing, and access to services. However, it is also prevelant with respect to access to higherr education.  Seventy percent of colleges in the United States report asking applicants about criminal history on admissions applications and two thirds of applicants that have a conviction do not finish the application once they get to the criminal history question.

In 2016, the Department of Education, led by Secretary John B. King Jr., and the Department of Justice, represented by Attorney General Loretta Lynch collaborated to produce the Beyond the Box Toolkit, which provided colleges and universities with resources to remove criminal history questions from admissions and increase support for students with prior convictions. With support from former President Barack Obama, the Department of Education built on the beyond the box initiative by asking colleges and universities to take the Fair Chance in Higher Education Pledge and “ban the box” (i.e. stop asking about criminal history) on admissions applications. Sixty-one colleges signed and stopped considering criminal history in their admissions process. Some of these colleges are selective, private, liberal arts schools; others represent large statewide public university systems, most notably the State University of New York (SUNY) system and the University of California system.

In 2017, Louisiana successfully passed legislation in 2017 to remove criminal history questions from public college applications with some limitations. In 2018, both Maryland and Washington passed similar legislation. In 2019, Colorado joined them. Over the last three years, efforts continue in Illinois, New York, Virginia and 12 additional states to pass Ban the Box in Education legislation.

Senate Bill 13 would add Delaware to that list. This bill creates a “Ban the Box” policy for postsecondary institutions in the state. It promotes diversity by prohibiting academic institutions from inquiring into an applicant’s criminal conviction history, with limited exceptions for inquiries into certain types of offenses such as stalking and sexual assault. If the institution elects to deny an applicant because of a conviction for such an offense, it must disclose that fact to the applicant. After an applicant has been admitted, an institution may inquire into the applicant’s criminal conviction history for the limited purposes of offering counseling and making decisions concerning the applicant’s participation in campus life.

In addition, the Act requires the Department of Education to compile and complete an annual report on admissions from each academic institution, including the race and gender of the applicants and of the accepted students.

0 comments on “SB 13 – Ban the Box on Education Applications”