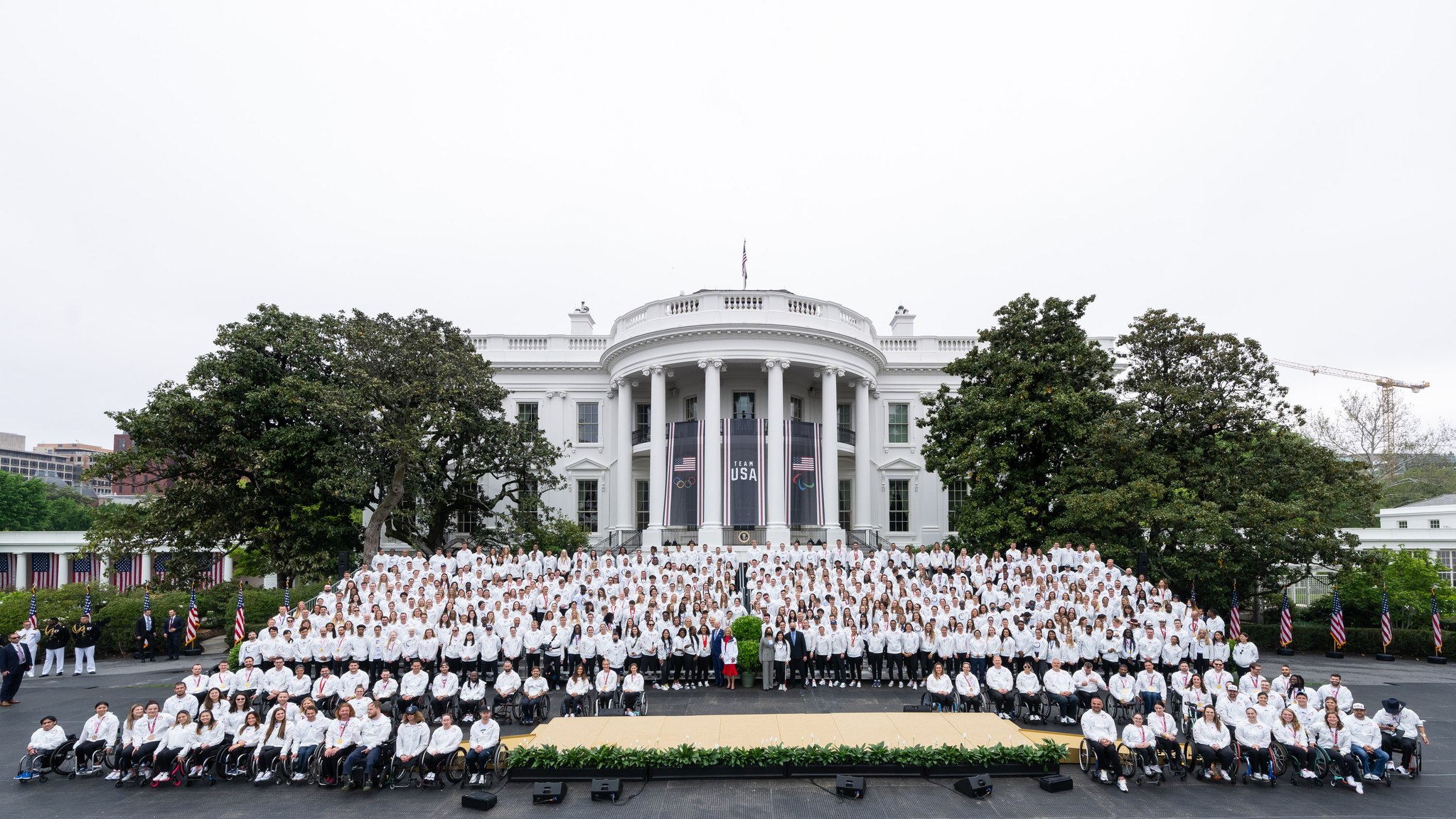 A new The 19th/Momentive poll finds 65% of Americans say they don’t want the Supreme Court to reverse its decision that legalized abortion federally, and even larger majorities say they do not want opinions on personal liberties involving marriage and contraception overturned.   Meanwhile, from Axios: “Conservative legislatures are passing a raft of controversial new laws, many of which push the envelope further than the courts have ever allowed.”

Jonathan Bernstein: “The bad news for President Joe Biden is that his popularity has fallen, this past week, into dead last place. Of the 13 presidents during the polling era, none has been in worse shape at this point in his first term, almost 500 days into a presidency, than Biden’s 40.5% approval rating… It’s not quite Biden’s own low point — he briefly dipped a bit lower in late February — but it’s close.”

“Is there any good news for the president? Sort of. His 40.5% is not a historic low for first-term presidents. Donald Trump, Bill Clinton, George H.W. Bush, Ronald Reagan, Gerald Ford, Lyndon Johnson and Harry Truman all had lower lows. Clinton, Reagan and Truman hit bottom before being re-elected, with the latter two dipping well below 40% closer to their elections than Biden is to his. Indeed, there’s no relationship between approval ratings at the 500-day mark and re-election.”

New York Times: “That’s a vast oversimplification, of course. Republican pollsters have been known to sort G.O.P. voters into seven categories or more, ranging from committed Christians to pro-business types to squishy never-Trumpers.”

“But when it comes to choosing sides in primaries, a split is widening. There’s the national party, led by Donald Trump in Florida and Kevin McCarthy, the top Republican in the House, with Mitch McConnell, the Senate majority leader, toggling between foe and ally as the occasion warrants.”

“And then there’s the G.O.P. that is rooted in state power, run by a core group of pragmatic, often less hard-line governors who represent states as different as libertarian-leaning Arizona and deep-blue Massachusetts.”

Politico: “To many, Trump’s habit of rolling grenades into Republican primaries is getting old, and fears that he might damage the party’s promising prospects for gains this fall appear to be opening a new chapter in the GOP’s relationship with him.”

Jonathan Bernstein: “We’re living through an era of campaign finance abundance, even though most of the prevailing ideas about money in politics come from an era of scarcity. Loosened laws and regulations have brought big new sources of money — some disclosed, some not — into play. Technological change combined with partisan polarization has produced the phenomenon of big little money — millions of dollars raised in small increments, mostly apparently given by party-loyal voters responding to partisan cues.”

“Overall, there’s just a flood of money. Spending on federal elections alone in 2020 more than doubled the previous record; in fact, there was about as much spent on House and Senate campaigns in 2020 as there was spent on House, Senate and presidential elections combined in 2016.”

“What this means is that virtually every serious candidate in a competitive general election for the House of Representatives, Senate, or a governor’s office will be adequately funded.”

“Last week, Democratic voters in three states nominated a trio of attention-grabbing Senate candidates: a Black man who disavows moderate policies, a towering, tattooed lieutenant governor who insists on wearing shorts, and a Black woman who spent her career in the judiciary,” the Miami Herald reports.  “The choices could signal a bigger change coming for Democrats.”

“A party once accustomed to nominating mostly white, straight-laced men to run in major Senate races is taking a markedly different approach this year, backing candidates across the electoral map with different profiles than their predecessors. It’s a tack more inclusive of women, African Americans and unconventional politicians — the type party leaders and voters alike once feared were unelectable in competitive states.”

“I don’t think it’s nice when they’re telling your 5-year-old that he can go and suck another 5-year-old’s dick. Do you? Because that’s what’s happening in your schools!”  — Rayla Campbell (R), candidate for secretary of state at the Massachusetts Republican convention, quoted by the Boston Globe.

“Republican governors hatched the plan months ago. Meeting at the desert Biltmore resort in Phoenix in mid-November, they agreed to confront a new threat to their incumbents: Former president Donald Trump was ramping up support for primary challengers as part of what one former governor called ‘a personal vendetta tour,’” the Washington Post reports.

“To protect incumbents up for reelection this year, the Republican Governors Association decided to spend millions of dollars in primaries, an unusual step for an organization that typically reserves its cash for general election matchups against Democrats.”

Mark Leibovich: “This is the great puzzle about Larry Hogan: If the governor thinks the GOP can become the party of Reagan again—and that Hogan himself can lead it there—don’t the continued ascendancies of the J. D. Vances suggest, at the very least, an impossibly uphill battle? Is Hogan just living in a shining city on a hill of wishful thinking? I wondered, in so many words, why he was even bothering.”

OHIO LT. GOVERNOR. Ohio Lt. Gov. John Husted (R) has joined the board of Heartland Bank while he’s still in office and running for re-election, the Cleveland Plain Dealer reports.

MICHIGAN GOVERNOR. “Five Republican candidates for Michigan governor were disqualified by a state canvassing board on Thursday for submitting nominating petitions that officials said had contained thousands of forged signatures,” the New York Times reports.

“The decision sent the race, in a key battleground state, into chaos and dealt a serious blow to the party’s plans to challenge Gov. Gretchen Whitmer, the Democratic incumbent.”

Craig’s campaign quickly vowed to go to court to overturn his disqualification, while Johnson’s campaign is reportedly likely to do the same. As we noted when the bureau first made its decision, the campaigns of both Craig and Johnson had each submitted roughly 10,000 signatures that were invalidated and left them short of the 15,000 needed, many for what the bureau deemed outright fraud such as forgeries, duplicates, and signatures from dead voters. However, the fraud was apparently orchestrated by the paid circulators hired by several of the candidates rather than any campaigns themselves.

KENTUCKY GOVERNOR. Republican state Sen. Max Wise, who’s been considering a bid against Democratic Gov. Andy Beshear next year, now says he expects to decide “in the next six weeks,” according to Dennis George at the News-Enterprise. Meanwhile, state Rep. Savannah Maddox will reportedly launch her campaign two weeks from now, per Joe Sonka at the Louisville Courier Journal.

WASHINGTON 3RD CD. Republican Rep. Jaime Herrera Beutler earned herself a prominent place on Donald Trump’s shitlist after she voted for impeachment, and she now faces four fellow Republicans, two Democrats, and two unaffiliated candidates. Trump himself is supporting Joe Kent, an Army veteran who has defended Putin’s invasion of Ukraine and who has outraised the other challengers. The GOP side also includes evangelical author Heidi St. John, who has brought in a notable amount of money, and state Rep. Vicki Kraft, who hasn’t.

The Democratic field, meanwhile, consists of 2020 candidate Davy Ray and auto repair shop owner Marie Gluesenkamp Perez. Neither has brought in much cash, but it’s possible one will advance to the general election in this 51-46 Trump seat in southwestern Washington.

WASHINGTON SECRETARY OF STATE. Steve Hobbs became the first Democrat to hold this post since 1965 when Gov. Jay Inslee appointed him last year to succeed Kim Wyman, a Republican who resigned to join the Biden administration, and he faces seven opponents in the special election for the final two years of Wyman’s term.

The GOP side includes two election conspiracy theorists, including former state Sen. Mark Miloscia, a one-time Democratic state representative who recently resigned as head of a social conservative organization. Another notable Republican is state Sen. Keith Wagoner, who has not called Biden’s win into question. Pierce County Auditor Julie Anderson, who does not identify with either party, is also in, as are three little-known candidates.

LOS ANGELES MAYOR. Rep. Karen Bass and her allies at Communities United for Bass have each released a survey showing her and billionaire Rick Caruso advancing to a November general election, though they disagree which candidate is ahead in the June 7 nonpartisan primary.

David Binder Research’s internal for Bass has the congresswoman at 34%, which is well below the majority needed to win outright, while Caruso beats out City Councilman Kevin de León 32-7 for second. FM3’s poll for a pro-Bass committee, meanwhile, has Caruso in the lead with 37% with the congresswoman at 35%; in a distant third with 6% each are de León and City Attorney Mike Feuer, who recently dropped out and endorsed Bass. FM3, though, has Bass beating Caruso 48-39 in a head-to-head matchup.

Communities United for Bass, which is funded in large part by labor groups and film producer Jeffrey Katzenberg, is also spending at least $1 million on an ad campaign that quotes the Los Angeles Times in calling Caruso “the Donald Trump of Los Angeles.” The narrator goes on to fault the former Republican for his donations to GOP candidates like Senate Minority Leader Mitch McConnell before arguing that “Caruso himself has opposed abortion.” Caruso, who has dominated the airwaves for weeks, quickly hit back with an ad defending his pro-choice credentials while portraying Bass as an ally of “special interests.”