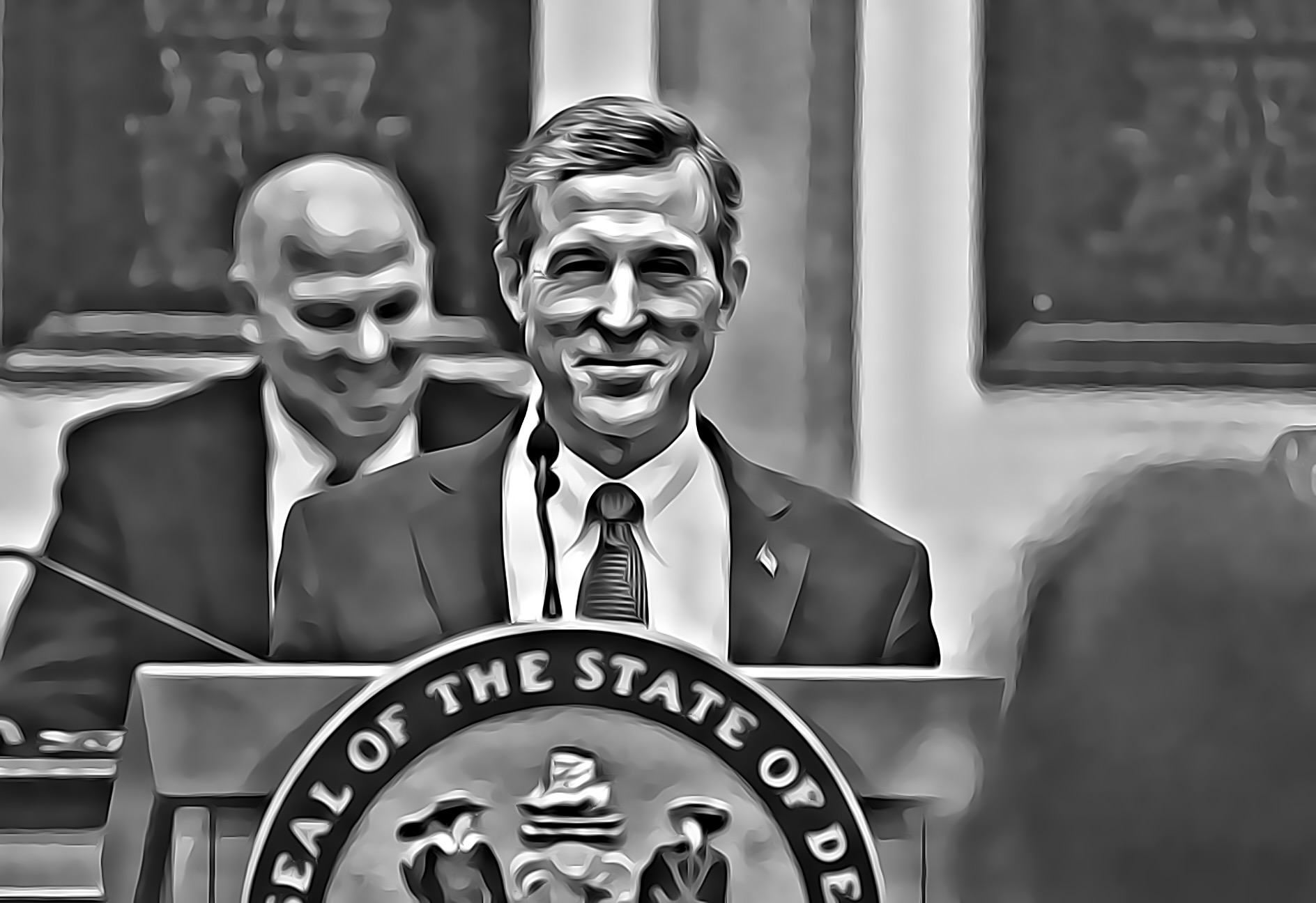 Governor John Carney has vetoed House Bill 371, which would have legalized use and possession of an once or less of marijuana in Delaware. In his veto statement, Carney says “I do not believe that promoting or expanding the use of recreational marijuana is in the best interests of the state of Delaware, especially our young people.”

He is now a lame duck with no future in the Democratic Party or the 21st Century. He has proven himself out of touch with not only his own party, but the vast majority of all humans under the age of 75.

“More than 60% of Delawareans support the legalization of marijuana for adult recreational use. Earlier this month, more than 60% of the General Assembly voted in favor of ending the prohibition against possession of a personal use quantity of marijuana.

“Unfortunately, the governor has chosen to ignore the will of residents and a bipartisan super-majority of the General Assembly by vetoing HB 371. I’m deeply disappointed in his decision, especially since he could have allowed the bill to become law without his signature, which would have preserved both his personal opposition and the will of the residents and legislators. I will review what options are available and decide on any next steps at a later time.

“Vetoing HB 371 will not stop people from obtaining and consuming marijuana. It simply means they could face civil penalties for possession. We have to look no further than New Jersey to see how a new industry can create jobs and generate revenue – sales reached nearly $2 million on its first day. Until we establish a similar market in Delaware, people will continue to obtain marijuana illegally here through the illicit market or send tax revenue across the Delaware Memorial Bridge to New Jersey.”

“We are disappointed by Governor John Carney’s decision to ignore the will of Delaware voters and the will of their elected representatives in the Delaware General Assembly.

While his veto of House Bill 371 will not stop adults from consuming marijuana, it will help to preserve the illegal drug market created by 50 years of prohibition and criminalization that historically has been unjustly and inequitably applied to communities of color.

The questions Governor Carney raised have been resolved in 18 states and the District of Columbia, which are all creating jobs through a legal and well-regulated cannabis industry.

The members of the Delaware General Assembly have been fighting for years to end the failed war on marijuana and we will not be stopped by this latest setback.”

The House and Senate must hold veto override votes and make Carney irrelevant, which he has proven himself to be.