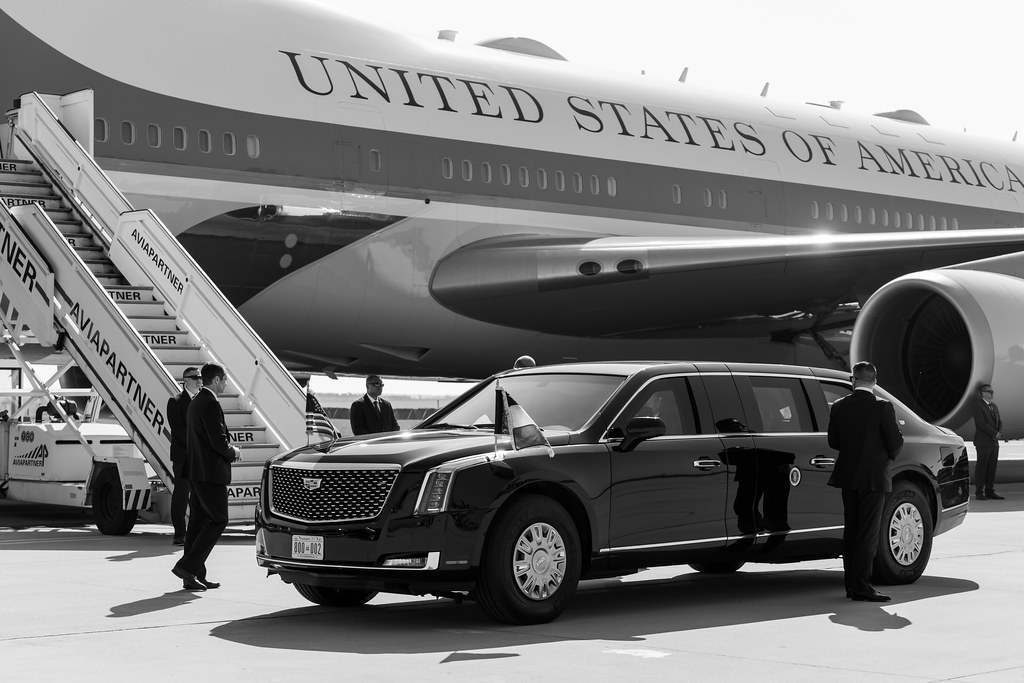 The Pennsylvania Republican Senate primary is too close to call, the Washington Post reports.  “The contest is now in the hands of Pennsylvania’s secretary of state, who has until May 26 to announce a recount. That is supposed to automatically occur if the top two candidates finish within .5 percentage points of each other.”

“A little-watched federal court case could upend the neck-and-neck Republican Senate primary in Pennsylvania between Dr. Mehmet Oz and David McCormick,” Politico reports.  “On Friday afternoon, a three-judge panel for the 3rd Circuit Court of Appeals issued a judgment saying election officials should count several hundred mail ballots that were submitted without a date written on their mailing envelopes in a November 2021 county judgeship election, as long as they were otherwise received on time.”

Politico: “Pennsylvania Republicans are predicting trench warfare that could drag out for weeks — and be fought in the media, as well as potentially in the courts.”

New Yorker: “Doug Mastriano, who won the Republican nomination, has pushed Trump’s lies about the election and sent busloads of supporters to the Capitol riot.”

“Two decades before he was Republican nominee for Pennsylvania governor, Doug Mastriano warned in a master’s thesis that the United States was vulnerable to a left-wing ‘Hitlerian Putsch’ that would begin with the dismantling of the U.S. military and end with the destruction of the country’s democracy,” the Washington Post reports.

While almost all political observers left Rep. Mo Brooks for dead after Donald Trump yanked his endorsement two months ago, a new survey of Tuesday’s Republican primary finds that he has a real shot to surprise everyone and advance to the all-but-assured runoff. The poll above shows a small but notable shift in Brooks’ favor from 10 days before when Cygnal had him edging out Durant only 23-21 as Britt led with a similar 32%.

The poll comes at a time when Britt and Durant have been attacking one another on the air while ignoring Brooks. Their outside group allies have adopted the same strategy even as they’ve ramped up their spending overall: While about $4.1 million was deployed against Brooks before Trump unceremoniously dropped him on March 23, just $250,000 has been dropped on him since then. Even Brooks’ supporters at the Club for Growth don’t report spending anything since late April, when it launched an apparently final $730,000 barrage at Britt. However, if Cygnal is right, Brooks very well could sneak into the June 21 runoff at Durant’s expense.

Even if Brooks’ campaign does go into overtime, though, he’d need to pull off an even bigger miracle to actually win the Republican nod to succeed Britt’s biggest supporter, retiring Sen. Richard Shelby. The congressman struggled to raise money even before Trump abandoned him, and he’s burned his last bridges with the MAGA master by saying that Trump wanted to pursue an unconstitutional plan “to rescind the 2020 elections, immediately remove Joe Biden from the White House, immediately put President Trump back in the White House, and hold a new special election for the presidency.” That’s something Trump is unlikely to forgive if Brooks, who himself helped foment the Jan. 6 attack, is still standing on Wednesday.

“Alabama’s 2022 race for the U.S. Senate has proven that there is no love lost between Rep. Mo Brooks (R-AL) and Senate Minority Leader Mitch McConnell (R-KY),” Yellow Hammer News reports.

GEORGIA GOVERNOR and U.S. SENATOR. Fox News has released one last survey of Tuesday’s Republican primary, and it finds that former Sen. David Perdue’s campaign against Gov. Brian Kemp has truly run down the curtain and joined the choir invisible. Fox’s longtime bipartisan team of pollsters, the Democratic firm Beacon Research and the GOP group Shaw & Company Research, shows Kemp ahead 60-28, which is even better than his 50-39 edge from early March.

The GOP’s Senate contest is even more bereft of life as former football star Herschel Walker destroys state Agriculture Commissioner Gary Black by a 66-8 margin, which is almost exactly where the Fox poll had the race more than two months ago. Back in early April Politico reported that a pair of super PACs backing Black and a third candidate, banking executive Latham Saddler, had a “plan to drop millions of dollars in ads attacking Walker.” It’s safe to say now that this is an ex-plan.

“But corporate documents, court records and Senate disclosures reviewed by The Associated Press tell a more complicated story. Together they present a portrait of a celebrity spokesman who overstated his role in a for-profit program that is alleged to have preyed upon veterans and service members while defrauding the government.”

“The Republicans running against Herschel Walker for U.S. Senate are crisscrossing the state this week, looking for every vote they can get and making a similar argument: Walker can’t win in a November general election against Democrat Raphael Warnock,” the Atlanta Journal Constitution reports.

Sarah Palin, now making a comeback political run for the House, revealed in a new financial disclosure form that she earned a whopping $211,529 from personalized videos on the app Cameo in 2021, Insider reports.  That’s $37,529  more than the annual salary of a House member.

OREGON GOVERNOR. Independent Betsy Johnson on Thursday unveiled endorsements from a bipartisan pair of Oregon politicians from yesteryear. In Johnson’s corner are former Republican Sen. Gordon Smith, who lost re-election in 2008, and former Democratic Gov. Ted Kulongoski, who was termed out of office two years later.

MARYLAND GOVERNOR. Former U.S. Labor Secretary Tom Perez has earned the support of the AFL-CIO, which joins the SEIU and AFSCME in his corner ahead of the July Democratic primary.

MASSACHUSETTS GOVERNOR. EMILY’s List has endorsed Attorney General Maura Healey, who is the frontrunner in the September Democratic primary.

NEVADA U.S. SENATOR. The Nevada Independent has released a new survey from Republican firm OH Predictive Insights that shows former Attorney General Adam Laxalt posting a 45-30 lead over Army veteran Sam Brown in the June 14 GOP primary. While that’s hardly a cliffhanger, it’s still a surprisingly underwhelming performance for Laxalt, who sports Donald Trump’s endorsement and began the contest with a huge name-recognition edge. This poll comes weeks after Laxalt’s allies at the Club for Growth dropped an internal that gave their man a 57-20 advantage.

ALABAMA GOVERNOR. The Republican pollster Cygnal also takes a look at Tuesday’s GOP primary for governor, and it shows incumbent Kay Ivey close to taking the majority she’d need to avoid a second round. Ivey grabs 48%, while businessman Tim James leads former Ambassador to Slovenia Lindy Blanchard 16-13 for a spot in a runoff that may or may not happen. Earlier this month, Cygnal found Ivey further back with only 40%.

LOUISIANA GOVERNOR. Longtime political journalist Jeremy Alford helpfully checks in with pretty much everyone who has expressed interest in running for governor next year to ask when they intend to announce their plans, though some potential candidates were far more open than others. Republican Lt. Gov. Billy Nungesser, whom almost everyone expects to get in, described his timeline as, “Later this year or early next year.” That was far more specific than Alford got from Attorney General Jeff Landry, another all-but-assured GOP contender. “The Landry team is confident that when he makes such an announcement, everyone will know about it,” said a Landry consultant.

By contrast, two Republican state legislators, state Sen. Rick Ward and state Rep. Richard Nelson, said they’d be making up their minds this year. Ward declared, “Any decision or announcement would be this summer or fall I would think,” while Nelson said, “I am planning on making a decision by the end of the summer.”

Meanwhile on the Democratic side, state Sen. Gary Smith has confirmed that he’s thinking of launching a 2023 bid to succeed termed-out Democratic Gov. John Bel Edwards. “I have not set a deadline, but I am watching the others closely,” said the state senator. “I anticipate all serious candidates need to be on the move by the fall.” Personal injury attorney Hunter Lundy, who is thinking about entering the all-party primary as an independent, previously told Alford he would decide by the end of this year.

MAINE GOVERNOR. The Maine Republican Party, which received almost $4 million in funding from the RGA, is spending almost $200,000 on an opening TV ad campaign that goes after Democratic Gov. Janet Mills over a state Department of Education video that explained transgender identity to kindergarten. Republicans across the country have been running numerous transphobic ads in primaries this cycle, and while Mills is one of the first Democrats to be on the receiving end of this sort of attack, she’ll hardly be the last.

The spot features a lengthy clip where the speaker says, “A transgender person is someone who the doctors made a mistake about when they were born … when a baby is born the doctors will tell the parents what gender they think that baby is.” The footage continues, “They’ll say, ‘We think your child is a female’, or ‘we think your child is a male.’ But some people, when they get a little bit older, realize what the doctor said was not right.” The GOP’s narrator does not approve of that lesson, asking the audience, “Is this really what our kids should be learning in kindergarten?”

2024. Sen. Kevin Cramer (R-ND) told CBS News he would “love to have four more years with Donald Trump” but suggested the country might want a “fresh start.”  Said Cramer: “I’m pretty close to him. I would love to have him start knowing what he knows now, start taking down the bureaucracy on day one rather than sort of trusting it. But at the same time, I think America, you know, would like a fresh start and maybe a Mike Pompeo. He’s got the Trump doctrine down. He’s believable on it. He understands it. He supports it himself.”

“A state court formally approved New York’s new congressional map late Friday, ratifying a slate of House districts drawn by a neutral expert that could pave the way for Democratic losses this fall and force some of the party’s most prominent incumbents to face off in primary matches,” the New York Times reports.

“The map, approved just before a midnight deadline set by Justice Patrick F. McAllister of State Supreme Court in Steuben County, effectively unwinds an attempted Democratic gerrymander, creates a raft of new swing seats across the state, and scrambles some carefully laid lines that have long determined centers of power in New York City.”

“Democrats unexpectedly breathed a sigh of relief earlier this year when it became clear that newly redrawn congressional districts would give them a slight competitive edge over the next decade,” the Washington Post reports.

“But their worry sharply returned this month as favorable maps in Florida and New York were struck down and replaced with district lines that are likely to make it even more difficult to keep their already slim majority in the House.”

“Bill de Blasio, the former mayor of New York City, announced on Friday that he would run for Congress in a newly created district stretching from Lower Manhattan to his home in Brooklyn, jumping into a crowded Democratic primary field,” the New York Times reports.

Robert Kuttner: “Even so, Republican extremism is at risk of being overshadowed by economic conditions, none more than inflation. Federal Reserve economists project that inflation could begin to subside by fall. As with so much in politics, sheer luck and timing will play a role in the Democrats’ prospects and the future of our Republic.”

“Stranger things have happened than a Democrat midterm resurgence. A wipeout is still likely, but far from inevitable — if Democrats can get organized.”