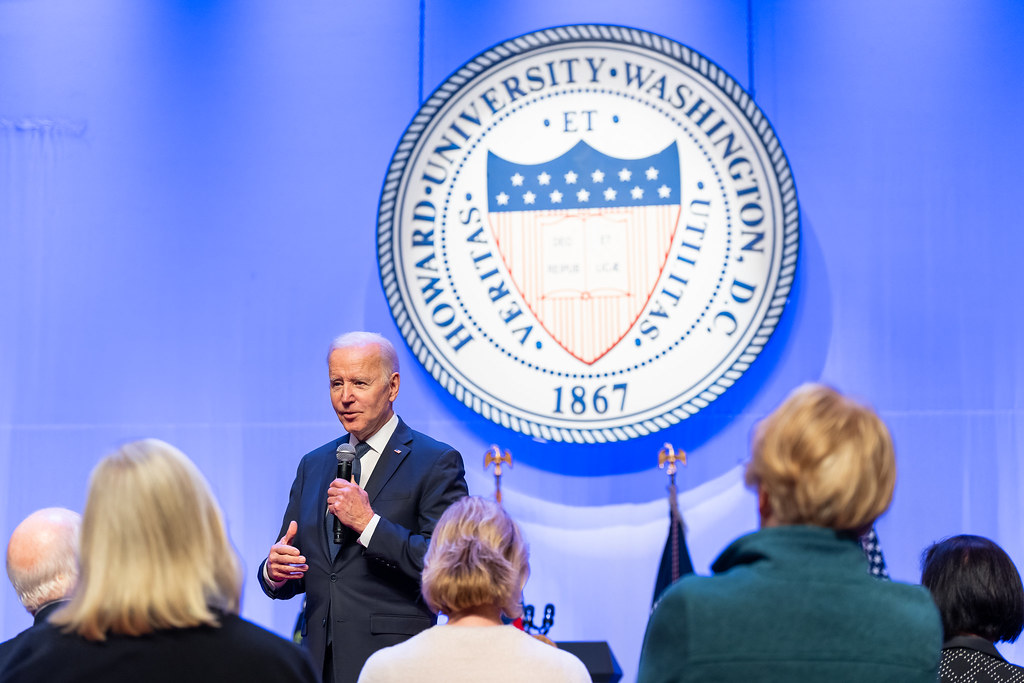 A new Quinnipiac poll finds that if a candidate for the U.S. House of Representatives or the U.S. Senate supports abortion rights, 41% of Americans say they are more likely to vote for that candidate, while 22% say they are less likely, and 36% say it does not make a difference.

For the Republican nomination, former state House Minority Leader Christine Drazan beat former state Rep. Bob Tiernan, who self-funded much of his campaign, 23-19, while Sandy Mayor Stan Pulliam was a distant third with 10%. While ballots are still being tabulated, Tiernan conceded to Drazan​ on Wednesday afternoon, and the AP called the race hours later. Kotek​ and Drazan​ will be in for an expensive general election campaign that also features former state Sen. Betsy Johnson, a conservative Democrat-turned-independent who’s been a strong fundraiser.

LOUISVILLE MAYOR PRIMARY ELECTION RESULTS. Developer Craig Greenberg defeated activist Shameka Parrish-Wright 41-22 in the party primary to succeed incumbent Greg Fischer, a fellow Democrat who is termed-out after three terms. Greenberg will be the heavy favorite in November against the Republican nominee, Jeffersontown Mayor Bill Dieruf, in a city that supported Joe Biden 59-39. (While it may seem strange for a mayor of one community to be running for mayor of another city, it’s possible because the merger agreement allowed Jefferson County’s existing suburbs to remain intact and keep their local governments.)

This race attracted national attention in February for unwelcome reasons when Greenberg was shot at in his campaign headquarters, though neither the candidate nor anyone else was injured. Quintez Brown, a 21-year-old candidate for the Metro Council, was arrested minutes later and charged with attempted murder.

IDAHO 2ND CD PRIMARY ELECTION RESULTS. Twelve-term Rep. Mike Simpson, just like Springfield’s most famous residents, has been renewed again despite grumbling from longtime fans. The Republican incumbent won renomination against Bryan Smith 55-33 in this safely red constituency in eastern Idaho; Simpson defeated Smith 62-38 in 2014, and he didn’t face any serious intra-party opposition in between those two contests.

KENTUCKY 3RD CD PRIMARY ELECTION RESULTS. KY-03: State Senate Minority Leader Morgan McGarvey defeated state Rep. Attica Scott 63-37 in the Democratic primary to succeed retiring Rep. John Yarmuth, who has spent a decade as Kentucky’s only Democratic member of Congress. McGarvey had Yarmuth’s endorsement as well as a massive fundraising lead over Scott, and he also received almost $1 million in support from Protect Our Future PAC. McGarvey should have little trouble in the general election for a Louisville seat that Biden would have carried 60-38.

Republicans are hoping that Butterfield’s departure will give them a bigger opening in a northeastern North Carolina seat that Biden would have taken 53-45, but the national GOP is now stuck with a nominee they very much didn’t want to have again. That nominee is accountant Sandy Smith, an election denier who defeated Rocky Mount Mayor Sandy Roberson 31-27.

Smith lost the 2020 general election to Butterfield 54-46 in a race that attracted little attention at the time, and powerful Republicans didn’t show any obvious reticence about having her as their standard bearer again until last week. But everything changed when the Congressional Leadership Fund, a super PAC close to party leadership, launched a $590,000 ad campaign that attacked Smith’s ethics. That failed offensive came about after Roberson published opposition research that, among other things, described how two of Smith’s former husbands accused her of domestic violence, though this material didn’t make it into CLF’s commercials.

NORTH CAROLINA 4TH CD PRIMARY ELECTION RESULTS. State Sen. Valerie Foushee outpaced Durham County Commissioner Nida Allam 46-37 in the Democratic primary to succeed longtime Rep. David Price in this dark blue constituency. Foushee, who would be the first Black person to represent the college towns of Durham and Chapel Hill in Congress, benefited from almost $3.5 million in outside support mostly from AIPAC and Protect Our Future, which was close to ten times the amount that Allam’s allies spent.

On the GOP side, law student Bo Hines, who had Trump’s support, won the eight-way contest by turning back party activist DeVan Barbour 32-23. Plenty of vocal local Republicans grumbled about Hines, a 26-year-old former North Carolina State University football player who has minimal ties to the area, but the Club for Growth and nihilistic House Freedom Caucus spent heavily to introduce him to the base.

PENNSYLVANIA 7TH CD PRIMARY ELECTION RESULTS. While Lisa Scheller seemed to be on a glide path towards a rematch against Democratic Rep. Susan Wild, the 2020 Republican nominee is locked in an unexpectedly tight primary that remains uncalled. With 67,000 votes tabulated, Scheller leads technology consulting company owner Kevin Dellicker 51-49, a margin of 1,757 ballots. No matter how things turn out, though, Wild will likely be in for a challenging contest in a redrawn Lehigh Valley seat where Biden’s margin slipped from 52-47 to just 50-49.

PENNSYLVANIA 12TH CD PRIMARY ELECTION RESULTS. The Democratic primary to succeed retiring Rep. Mike Doyle remains close and uncalled. With 112,000 ballots counted, state Rep. Summer Lee holds a 41.7-41.3 edge over former Pennsylvania Securities Commission head Steve Irwin, a margin of 446 votes, in a Pittsburgh seat that Biden would have won 59-39. We almost certainly won’t have a resolution here until early next week because of a technical problem in Allegheny County, which makes up most of this seat (the balance is in Westmoreland County) and where Lee is ahead 44-40.

Local election officials said Wednesday that memory sticks were inadvertently locked in the scanners in 30 precincts, and that “[i]t takes six days for us to get equipment out and six days to get it back.” The county also says that the current tabulation includes “[a]ll mail-in and absentee ballots,” which went heavily for Irvin. The eventual nominee will take on Mike Doyle―that is, the Republican president of the Plum Borough Council who shares a name with the departing Democratic incumbent.

Lee, a progressive who would be the first Black woman to represent the Keystone State in Congress, had the support of Pittsburgh Mayor Ed Gainey and the influential SEIU Pennsylvania State Council. In Irwin’s corner, meanwhile, was Doyle (the Democratic one) and Allegheny County Executive Rich Fitzgerald. This was a very expensive contest, with pro-Irwin groups spending $3.1 million compared to $1.7 million on Lee’s side: Most of the pro-Irwin spending came from AIPAC, while Lee’s main allies were the Working Families Party and Justice Democrats.

IDAHO ATTORNEY GENERAL and SECRETARY OF STATE PRIMARY ELECTION RESULTS. Former Rep. Raúl Labrador, who spent his four terms in the House as one of the most prominent tea party shit-talkers, is well on the way to reviving his political career following his 51-38 GOP primary victory over five-term Attorney General Lawrence Wasden (R). The far-right fell just short of capturing the open secretary of state’s office, though, as Ada County Clerk Phil McCrane turned back election denier state Rep. Dorothy Moon 43-41; the balance went to state Sen. Mary Souza, who like Moon said she didn’t believe Biden had legitimately won. Both Labrador and McCrane will be the overwhelming favorites in November in this dark red state.

Labrador became a high-profile national figure after arriving in Congress in 2011 when he made it clear he’d be one of the biggest headaches for the GOP leadership, and he went on to co-found the nihilistic House Freedom Caucus in 2015. Labrador’s nominal bosses were undoubtedly relieved when he chose to leave the House in order to run for governor in 2018, but that campaign ended with a 37-33 primary loss to then-Lt. Gov. Brad Little. Labrador, however, rebounded the next year by narrowly winning the race for state GOP chair, though his tenure came to an end in 2020.

The former congressman soon sought a more powerful post when he decided to go up against Wasden. While the attorney general had won renomination without opposition in 2018, he infuriated the far-right when he refused to join 17 other GOP attorneys general in trying to overturn Biden’s victory by arguing that he shouldn’t be getting involved in other state’s elections. Wasden also made enemies closer to home by getting into fights with the hardline Republicans in charge of the state legislature by issuing opinions calling some of their legislation unconstitutional.

Labrador and his allies, including the Club for Growth, argued that he’d be a far more loyal Republican than Wasden: Among other things, Labrador said that he would have joined the suit to reverse Biden’s win. Primary voters responded to his pitch on Tuesday by firing their state’s longest-serving attorney general.

Philadelphia Inquirer: “Either way, it appeared very likely the race would go to an automatic recount, which happens if the winning margin is less than 0.5% of the total votes cast. To avoid that, the winner would have to end up with a margin of about 6,000 to 6,800 votes. If there is a recount, it could take weeks to get a final resolution, effectively freezing the race on the Republican side.”

“Records show that Oz remains on the voter rolls in Bergen County, where he voted as recently as November 2020.”

“Cuellar, the only House Democrat who opposes abortion rights, is facing a competitive runoff election next Tuesday in his Texas district against Cisneros, who has sought to make abortion a top issue in the race in the wake of a disclosure earlier this month of a draft Supreme Court decision that revealed the Supreme Court had voted to overturn Roe v. Wade.”

Key takeaway: “In December, former President Donald Trump endorsed Perdue, but just 37% say the backing makes them more supportive of the former senator — and this group prefers Perdue by 25 points. On the other hand, 24% say the endorsement makes them less supportive of Perdue, and they break for Kemp by 79 points. Overall, 36% say the endorsement had no effect and they go for Kemp by nearly 60 points.”

Rep. Drew Ferguson recently declared that former Sen. David Perdue’s Republican primary campaign against Gov. Brian Kemp is “on life support,” but Perdue himself doesn’t seem to be anywhere near that optimistic. The Atlanta Journal-Constitution reports that, with just a week to go, “Perdue’s commercials are absent from the airwaves” as “[h]elp from outside groups has all but dried up, too.” The former senator also has just a handful of events scheduled for the closing days.

Walter Shapiro: “Democrats are ensnared in the campaign consultant trap. The president’s party is animated by the belief that some political phrasemaker will invent the magic five or six words that will transform the 2022 election.”

“Sorry, politics doesn’t work like that anymore, if it ever did…”

“We have long exaggerated the power of campaign consultants in both parties to cloud the minds of voters. In high-profile races, most TV ads cancel each other out. And it’s hard to think of any slogan in any off-year election in this century that made a difference.”

“House Democrats could find themselves picking sides in a deeply uncomfortable primary this summer: their campaign chair versus a Black freshman. And a growing swath of the caucus is blaming its midterm chief, Rep. Sean Patrick Maloney, for the predicament,” Politico reports.

“Maloney’s decision to abandon a newly redrawn version of his current swing district — and instead run for a seat that includes most of Rep. Mondaire Jones’ turf — is raising private concerns from across the party that the Democratic Congressional Campaign Committee chief has put himself in an inappropriate scenario: leading the party’s midterm strategy while potentially battling a fellow member.”

Punchbowl News: “Tensions are running so high that several members have approached Democratic leaders and said they’d call for Maloney to step down if he decides to go ahead and challenge Jones, a 35-year-old progressive. That would be a disaster for Democrats as they head into the heart of what’s going to be a very tough election cycle for them.”