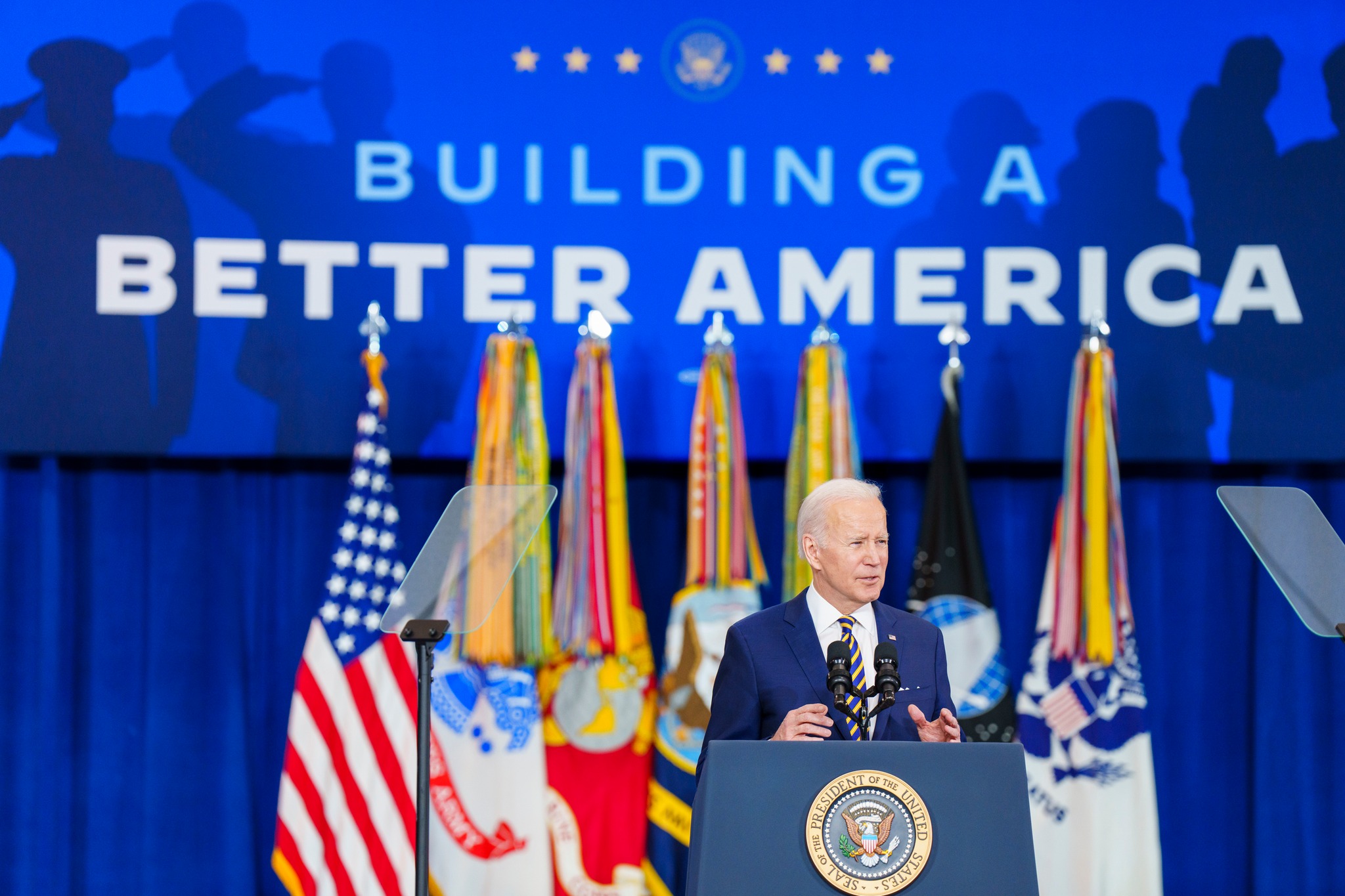 “The high-spending Republican Senate race in Pennsylvania, between Dr. Mehmet Oz, the celebrity television physician, and Dave McCormick, the wealthy leader of a hedge fund, is nail-bitingly close. Neither candidate conceded, and an official recount is likely,” the New York Times reports.

Philadelphia Inquirer: “There were still thousands of votes waiting to be counted, including mail ballots, overseas and military ballots and provisional ballots…”

“It was unclear early Wednesday how quickly the remaining ballots would be counted. Any recount could take weeks to resolve.”

Donald Trump on Truth Social: “Dr. Oz should declare victory. It makes it much harder for them to cheat with the ballots that they ‘just happened to find.’”

Larry Sabato’s Crystal Ball: “The race for the Pennsylvania Republican Senate nomination remains uncalled, and it will remain a Toss-up in our ratings regardless of whether businessman David McCormick or television doctor Mehmet Oz eventually wins the right to face Lt. Gov. John Fetterman (D) in an open-seat race.”

“Republicans are concerned about their chances in the open Pennsylvania gubernatorial race after far-right state Sen. Doug Mastriano (R) won the party’s nomination. We’re moving that race from Toss-up to Leans Democratic.”

Said Oz: “I want to thank Sean Hannity. Sean’s like a brother to me. When Sean punches through something, he really punches through it. He understands exactly how to make a difference and he’s been doing that this entire campaign.”

He added: “Much of it behind the scenes. Giving me advice in late-night conversations — again the kinds of things that true friends do for one another.”

Cook Political Report: “Josh Shapiro has a significant campaign war chest and a proven record of electoral crossover appeal, but a stronger GOP candidate might have blunted that crossover appeal. The national environment matters less in governors’ races, but candidate quality matters more.”

“We are shifting our rating in this race from Toss Up to Lean Democrat, and it could move into even safer Democratic territory as the cycle goes on.”

Washington Post: “When Pennsylvania state Sen. Doug Mastriano was declared the victor in Tuesday night’s Republican gubernatorial nominating contest, he gave the customary speech to mark the occasion. And in that speech, he made very clear that his general election approach would not be to tack to the political center.”

“What Mastriano promised in his first comments as the Republican nominee to lead Pennsylvania… was a phalanx of right-wing bugaboos. Traditionally, candidates who had fought off an intraparty challenge would turn their attention to the general election with a well-honed focus on what might appeal to the electorate broadly. But that tradition was broken by Donald Trump’s 2016 presidential campaign, one in which Trump ran hard to the right to win the nomination … and then ran hard to the right in the general in the hope of getting members of the apathetic right to show up at the polls.”

OREGON 5TH CD DEMOCRATIC PRIMARY RESULTS. Attorney Jamie McLeod-Skinner leads moderate Rep. Kurt Schrader 61-39 with 40,500 votes counted, but a significant portion of the vote remains untabulated. Clackamas County, which is home to about 45% of the new district’s Democratic voters, has to count ballots by hand because of a printing error, and McLeod-Skinner’s campaign says they don’t expect it to report until Thursday.

“However, with Oregon’s new law that allows ballots postmarked by Election Day to be counted, and with a printing error and Clackamas County elections officials’ poor performance delaying results from most voters in that populous county — home to nearly half of the 5th District’s Democrats — the result of the race may not be known for several days.”

The Intercept: The “Joe Manchin of the House” nears defeat in his Oregon primary.

A recent Pew Research survey mirrors most other polls that show inflation as the dominant concern of most Americans with a decisive 93% saying it’s a “very big” or “moderately big” problem. But what’s striking is what Americans are no longer worried about: the coronavirus pandemic. Of the 12 issues ranked in order of public concern, Covid-19 was dead last. The survey respondents even thought unemployment was a bigger problem — even though the job market has never been stronger.

Dan Drezner finds this “baffling” considering we’ve just passed one million deaths during the pandemic and coronavirus infections are rising again pretty much across the country. But maybe it’s not that surprising. Hospitalizations are still very low and the death rate is actually still falling.

Anecdotally, we all know a lot of people who have gotten sick over the last six months, but thanks to vaccinations, most haven’t suffered that much.

And as Jonathan Bernstein points out: “Americans are encountering fewer and fewer official reminders of the continuing threat. A handful of local or state governments have re-imposed some masking requirements and other preventive measures, but in most of the nation, the governors and mayors are no longer talking about the pandemic nearly as much as they were.”

That doesn’t mean that the pandemic is unimportant as another surge could be right around the corner.  But it does suggest midterm voters won’t be very receptive to candidates talking about it over other issues.

Ron Brownstein: “For all the talk about how Donald Trump’s endorsed candidates would fare in the Republican primaries this year, the results in this week’s races made clear: Whatever happens to Trump’s personal influence, Trumpism is consolidating its dominance of the GOP.”

“More revealing than what happened to the candidates Trump endorsed was how many candidates endorsed him.”

In Pennsylvania’s GOP Senate primary — which is still too close to call — Trump endorsed Mehmet Oz. But David McCormick swore allegiance to him and Kathy Barnette ran even harder towards Trump. Together, the three got nearly 90% of the Republican vote.

In Pennsylvania’s GOP governor’s race, Doug Mastriano became the first election denier to win the GOP nomination in a key swing state. He could soon be followed by similar Trump loyalists in Michigan, Wisconsin and Arizona.

It’s true that Rep. Madison Cawthorn lost his primary, despite a late endorsement from Trump. But he happened to be one of the most scandal-ridden lawmakers in modern history.

In fact, the most surprising thing about Cawthorn’s loss last night is that he actually admitted it.

The real story from last night is the extent to which Trump has consolidated his hold on the Republican party. The entire party still orbits around him and his every utterance.

That means Trump is still winning even when he loses.

OREGON 6TH CD REPUBLICAN PRIMARY RESULTS. Mike Erickson, who was the GOP’s unsuccessful 2006 and 2008 nominee in an old version of the 5th District, leads state Rep. Ron Noble 35-20 with 39,000 voted in. Biden would have carried this new mid-Willamette Valley constituency 55-42.

“Two leading Republican Senate hopefuls in Pennsylvania are savaging each other in TV ads over who supported transgender surgery more. In Missouri, another GOP candidate for Senate surged when she criticized transgender swimmer Lia Thomas in a commercial. And in Alabama, a charter school for transgender kids has been invoked in ads as an issue in the Republican primary for governor,” NBC News reports.  “Like never before, Republicans in primaries across the country have made attacking transgender rights central to their paid media campaigns and stump speeches — focusing on issues of education, gender transitioning and sports.”

“It’s their right to do it, but it’s a rather hostile act. It doesn’t mean I have to like it… They’re spending millions and millions of dollars, and I’m saying that could certainly break up a romance. That could break up a good romance.” — Donald Trump, quoted by the Washington Post, on the Club for Growth opposing him in the GOP primaries.

ALABAMA U.S. SENATOR. An Emerson College Polling/The Hill poll of very likely Alabama primary voters finds Katie Britt with a six-point advantage in the Republican primary for U.S. Senate with 32%, followed by Michael Durant at 26%, and Mo Brooks at 25%.

While both former Business Council of Alabama head Katie Britt and Army veteran Mike Durant have spent most of the Republican primary contest running commercials promoting themselves as ardent conservatives, they’re each going negative on the other as next week’s contest rapidly approaches. Britt’s spot utilizes old footage of her opponent, whom she labels a “New Hampshire liberal,” saying, “The first thing that needs to be done is to disarm the population … If we could do that in some of our U.S. cities, that would be a pretty good step toward law and order.”

Durant’s commercial, meanwhile, accuses Britt of letting “abortion pills be supplied to teenagers.” This is a reference to a vote that took place back in 2003 when she was president of the University of Alabama’s student body when it recommended the school health center make morning-after pills, which are not abortion pills, available. Durant’s narrator also faults Britt for not answering when asked if she’d overturn the 2020 election, saying she “refused to say if she’d stop Biden’s election.”

VERMONT GOVERNOR. Vermont Gov. Phil Scott (R) announced a run for a fourth term in a typically low-key message on social media, the New York Times reports.  Said Scott: “My priority won’t be campaigning. I will continue to focus on doing the job you hired me to do and leading our state.”

Scott won re-election last cycle in a 68-27 landslide even as Joe Biden was carrying Vermont by a similar 66-31 margin, and no notable Democrats have shown any interest in challenging him ahead of the May 26 filing deadline.

GEORGIA U.S. SENATOR. Banking executive Latham Saddler’s latest ad before next week’s GOP primary shows the candidate bashing frontrunner Herschel Walker for refusing to debate him, claiming that Walker would lose in November, while Saddler appears wearing military gear and touts his service as a Navy SEAL. However, Saddler has been badly outmatched in his primary bid, and the seven-figure outside spending by groups opposing Walker that was reportedly in the works back in early April has failed to materialize. The few available polls have found Walker utterly dominating the rest of the field.

“The Kansas Supreme Court has upheld a Republican-drawn congressional map that divides racially diverse Wyandotte County for the first time in 40 years, finding the boundary lines don’t violate the state constitution,” the Kansas City Star reports.  “The decision means voters in the northern half of the Democratic stronghold county will likely be represented by a Republican in Congress, while Democratic Rep. Sharice Davids will face a more challenging re-election campaign in the newly redrawn 3rd District, which now includes more conservative-leaning rural areas.”