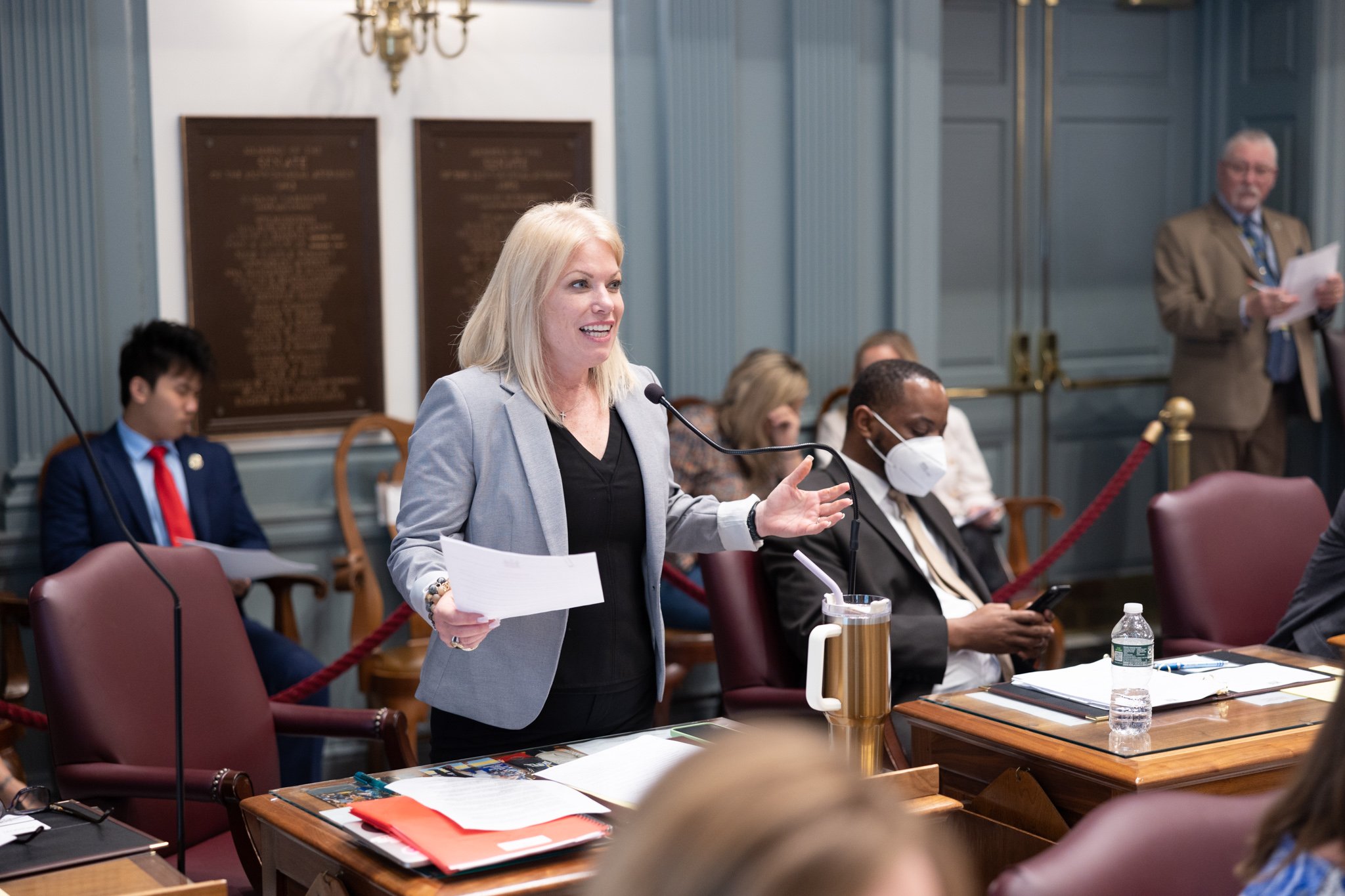 “Our communities rightfully expect the schools of this state to be sanctuaries where their children can learn and grow, safe from some of the most vile horrors that the world has to offer,” said Sen. Poore. “We can and we must do more to protect our children by preventing predators in sheep’s clothing from being placed in positions of trust and making sure our school communities are able to intervene before it’s too late. The legislation I am putting forward today will help do that by making the distinction between appropriate and inappropriate relationships between children and educators crystal clear.”

The first bill, Senate Bill 290 would expand on Erin’s Law, which, since 2016, has required all publicly funded schools in Delaware to train employees and educate students about personal body safety, sexual abuse and how to maintain appropriate interactions between children and adults, including coaches and volunteers.

SB 290 would specifically require that prevention-focused training for school staff and education for student include discussions about “grooming,” meaning acts by adults to build trust and access to children for the purpose of engaging in sexual contact.

“Some far-right extremists have used moral panic over grooming as a weapon to attack members of the LGBT+ community through homophobic and transphobic legislation,” Poore said. “That is not what this is. In fact, those conspiracies are doing real harm by distracting from the very real threat posed by people who take very methodical actions to build relationships of trust that they can eventually abuse. I believe we can protect our children from grooming without being duped by politically motivated and hateful rhetoric.”

Under SB 290, training for school staff would be required to include instruction on skills and policies how to prevent inappropriate sexual misconduct, establish appropriate adult and student interactions, and detect warning signs of inappropriate interactions. Schools would be required to make similar information available to parents, including information on counseling and other resources. Age-appropriate instruction for students also would be expanded from students in pre-kindergarten through sixth grade to all grade levels.

The second bill, Senate Bill 291, would require each school district and charter school to adopt a policy regarding appropriate and inappropriate relationships between students and school employees, contractors, coaches, and volunteers.

The policy must include the procedure for notifying the Delaware Department of Education and police of suspected adult sexual misconduct; details regarding preferred and prohibited methods of electronic communication between adults and students; a statement that substantiated incidents of sexual misconduct will be reported in future reference checks for employment and volunteer work; and the development of hiring practices to screen for adult sexual misconduct, among other required provisions.

“Every student deserves to feel safe in our schools throughout this state,” said Rep. Kim Williams, chair of the House Education Committee. “By equipping students, parents, educators, and support staff with tools to identify the warning signs of abuse and inappropriate behavior, this legislation can help protect our kids and prevent the devastating and often lifelong impacts of child abuse.”

The third bill, Senate Bill 289, would expand the state’s sexual extortion law to include threats meant to compel or induce another person to produce a visual depiction of themselves or someone else in a sexual situation or threats to distribute or otherwise disseminate such depictions.

“Sadly, law enforcement has seen a dramatic increase in the number of adults, predators, threatening and coercing children and teens into sending explicit images to them. This abuse is called “sextortion” and most often it doesn’t end with sending a photo,” said Rep. Griffith, chair of the House Technology & Telecommunications Committee. “Once these pictures are sent there is no way to get them back and it turns into a terrifying situation for children and their families. The predator will manipulate the child into sending more images, making the child feel trapped. I believe this addition to Delaware’s sexual extortion law will help children and their families, allowing them to come forward and obtain the protection they need. I am proud to sponsor this bill with Sen. Poore.”