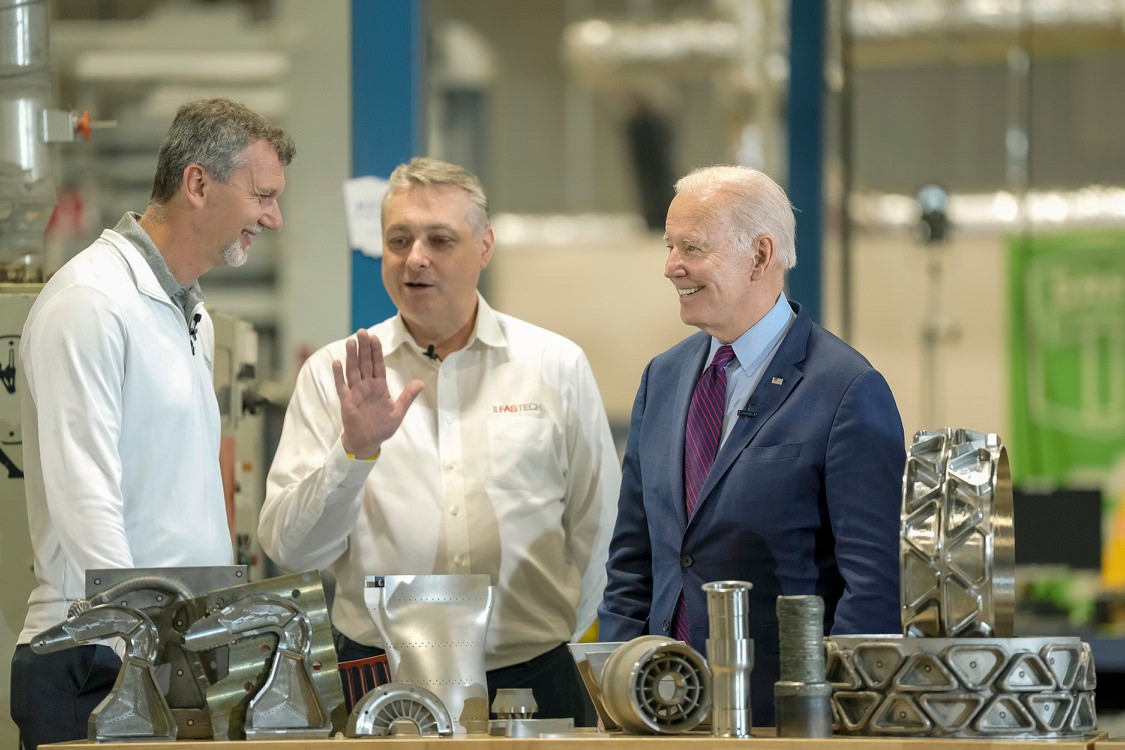 Pennsylvania Lt. Gov. John Fetterman, a leading Democratic candidate vying for the state’s open U.S. Senate seat, says he suffered a stroke on Friday but is on his way to a full recovery, the Philadelphia Inquirer reports.

“Fetterman said doctors told him he suffered no cognitive damage and that he could return to the campaign trail after resting and recovering.”

The Democratic primary is on Tuesday.

New York Times: “The development upended his ability to engage voters in-person during the most intense stretch of the race. Still, he has been leading his main Democratic rival, Representative Conor Lamb, by double digits in sparse public polling.”

“The endorsement could very well put Mastriano over the top and deal a crippling blow to eleventh-hour efforts by some establishment Republicans to stop Mastriano, a far-right, staunch Trump ally.”

Axios: “Mastriano — who was at the Capitol on Jan. 6 — has gone beyond trying to help Trump overturn the 2020 election; he’s proposed defying Pennsylvania’s popular vote outcome and spoke at an event last month promoting QAnon conspiracies.”

“Democrats are salivating because they see him as beatable in a general election even in a political environment that’s extremely favorable to Republicans.”

New York Times: For many Pennsylvania voters, Trumpism is bigger than Trump.

Kathy Barnette, a Republican Senate candidate in Pennsylvania who has climbed in the polls against two big-spending rivals, on Sunday sought to downplay her past Islamophobic messages on social media, telling a Fox News host that some of them were “not even full thoughts,” nor “even full sentences” but rather, prompts intended to facilitate a conversation, the New York Times reports.

“MAGA does not belong to President Trump. MAGA — although he coined the word, it actually belongs to the people.”

Scott Jensen (R), who rose to prominence by questioning the scientific community’s consensus about the danger of COVID-19 and the safety of vaccines, won the Republican Party endorsement for Minnesota governor, the Minnesota Reformer reports.

A new UMass Amherst poll finds that 68% of Republican voters say the House of Representatives should impeach Joe Biden if Republicans win the majority in the midterm elections.

President Biden’s attempt this week to appropriate “MAGA” and “ultra MAGA” as a political attack was the result of a six-month research effort by liberal groups, complete with polling and focus groups, the Washington Post reports.

But Donald Trump and his fellow Republicans’ quick embrace of “ultra MAGA” reflects the former president’s skill at co-opting would-be insults or even random phrases.

Rick Wilson: “This is another example of Democrats playing chess and Republicans eating the pieces.”

Florida Secretary of State Laurel Lee (R) is resigning, seven months before the November elections, WKMG reports.  Lee’s resignation does not specifically say why she is resigning.

Amy Walter: “For the last six years, the one thing that has kept the Democratic Party unified and motivated is Donald Trump. Fear and loathing got Democrats to turn out in the 2018 midterms, and kept those voters engaged in 2020. Sure, the party was divided ideologically and generationally, with liberals and younger voters flocking to the Bernie Sanders wing and older, Black and more moderate Democrats sticking with Joe Biden. But, at the end of the day, both sides understood that the most important and existential issue was defeating Trump.”

“This strategy for the 2018 midterms was summarized best by then-Minority Leader Nancy Pelosi’s slogan of ‘Just win, baby.’ Primaries were for picking the candidates who could win these swing CDs, not for intra-party ideological warfare. In 2020, Democrats rallied behind the more centrist Biden simply because they believed he provided Democrats the best chance to beat Trump that fall.”

“But, with Trump no longer in the White House and Biden’s approval ratings underwater, the electability message is falling flat in Democratic primaries.”

Larry Sabato’s Crystal Ball: “While increasingly salient issues like abortion could change the political environment, Republicans still appear on track for a strong showing in the U.S. House.”

“Republicans likely will have trouble winning districts where Joe Biden won more than 55% of the vote, but that still leaves them dozens of Democratic-held targets below that mark as redistricting is finalized.”

Washington Post: “From Nebraska and Idaho to Pennsylvania and Georgia, Republicans have been actively campaigning — or quietly maneuvering — against Trump’s picks in a way that could undermine his sway over the party.”

“And the efforts to undermine Trump’s chosen candidates have been even more extensive behind the scenes.”

Politico: “While it’s too early to compare the GOP’s plight to the debacles in 2010 and 2012 that frittered away competitive Senate races, there’s a rising sense of unease among party insiders that Republicans could end up with candidates who make a Senate takeover more difficult.”

A former elections supervisor in rural Coffee County, Georgia, has told the Washington Post that she opened her offices to a businessman active in the election-denier movement to help investigate results she did not trust in the weeks after President Donald Trump’s 2020 defeat.