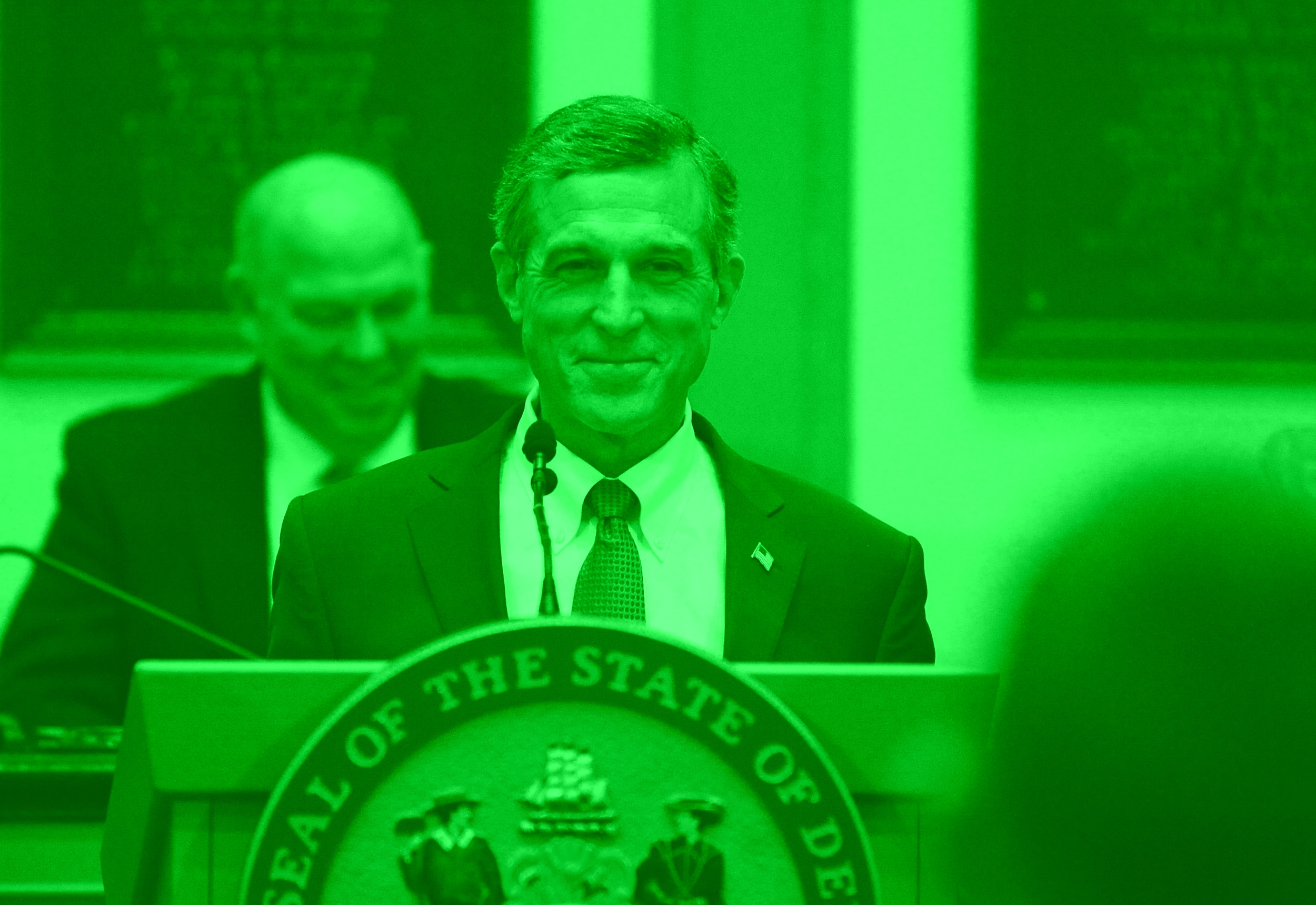 The State Senate has passed House Bill 371, the legalization, or complete decriminalization, of the possession and use of an ounce of less of marijuana by adults over the age of 21 years of age, by a vote of 13-7-1. All Democrats but Bruce Ennis voted yes, all Republicans voted no. So now the bill heads to John Carney’s desk.

Do you want to know why most Democrats are “meh” when it comes to Governor John Carney? It’s because of he has positions on issues that are stuck in the early 1990’s. Take Marijuana Legalization. Most Democrats AND Republicans are for legalizing weed, but John Carney sounds like he just saw a commerical from Nancy Reagan saying “Just say no.”

He has stated that he is strongly against the legalization of recreational marijuana in the past. His spokesman has only said that he will review the bill but that his position has not changed.

If he vetos the bill, the General Assembly can override him with a 3/5th majority vote, and this bill already has that level of support, though you could have some wavering Democrats who change their vote because they don’t want to embarrass the Governor. And I will stop right here and tell those Democrats that they should embarrass him because he should be embarrassed. And I will also say, they will be embarrassed too.

Carney has 10 days from last Thursday to sign or veto. He could also do nothing and let the bill become law without his signature. And that might be the compromise move on his part: take no position, take no action.

If the bill does become law, possession of more than one ounce of marijuana and public consumption would remain unclassified misdemeanors. An ounce sounds like .. not a lot, but it is:

Under current state law, the possession of one ounce or less of marijuana by a person 21 years of age and older carries a civil penalty of $100. That provision would be eliminated under HB 371. Possession, use or consumption of recreational marijuana by anyone under 21 would still result in a civil penalty.

“This is a historic day for Delawareans, who overwhelmingly supported the legalization of marijuana,” said Sen. Trey Paradee, the bill’s lead Senate sponsor. “I want to thank the many advocates who have worked so hard on this issue for many years, far longer frankly than should have been necessary. I also want to thank my colleagues in the Senate for acting quickly once a bill reached our chamber to end 50 years of prohibition and criminalization that historically has been unjustly and inequitably applied to people of color. My sincere hope is that this vote today also represents another major step toward replacing the illegal marijuana market with a thriving industry that will create good-paying jobs for the residents of our state.”

“Today is the result of years of hard work, advocacy, dedication, and most of all, patience. Thousands of residents know that the prohibition against marijuana is an outdated policy that needs to be changed. During this very involved process, we have heard from numerous members of the public – advocates, veterans, retired law enforcement officers, educators and even faith leaders – who have overwhelmingly voiced support for legalizing adult recreational marijuana,” said Rep. Ed Osienski, the prime sponsor of HB 371. “I’m grateful to my colleagues on both sides of the Legislative Hall for passing this bill, and I look forward to continuing this process until Delaware is poised to establish a new, legal industry in our state.”

Regulating a legal cannabis industry would require a three-fifths majority vote in each chamber. Previous proposals to legalize and regulate marijuana have fallen short. However, because HB 371 does not have any taxation or revenue aspect, the legislation only requires a simple majority in both chambers.

Companion legislation, House Bill 372, cleared the House Appropriations Committee on Tuesday and could be acted upon in the House in the coming weeks. HB 372 would create a legal framework to regulate the cultivation, sale, and possession of marijuana, and provide opportunities for small businesses to be licensed. HB 372 would require a 3/5 vote in each chamber.

Neither bill would not change existing state law regarding driving under the influence of an illicit or recreational drug. The legislation also would not allow individuals to grow their own plants. Public consumption of marijuana would still not be permitted.

Currently, recreational marijuana use is permitted in 18 states and the District of Columbia. Nearby states New Jersey, Virginia and New York have all legalized adult recreational cannabis.

Public support for the legalization of adult-use cannabis has long been clear. A University of Delaware poll in 2018 indicated that 61 percent of Delaware voters support legalizing marijuana. Support for legalization has also reached 68 percent nationally, according to a November 2021 Gallup poll.

2 comments on “Now the focus is on John Carney”