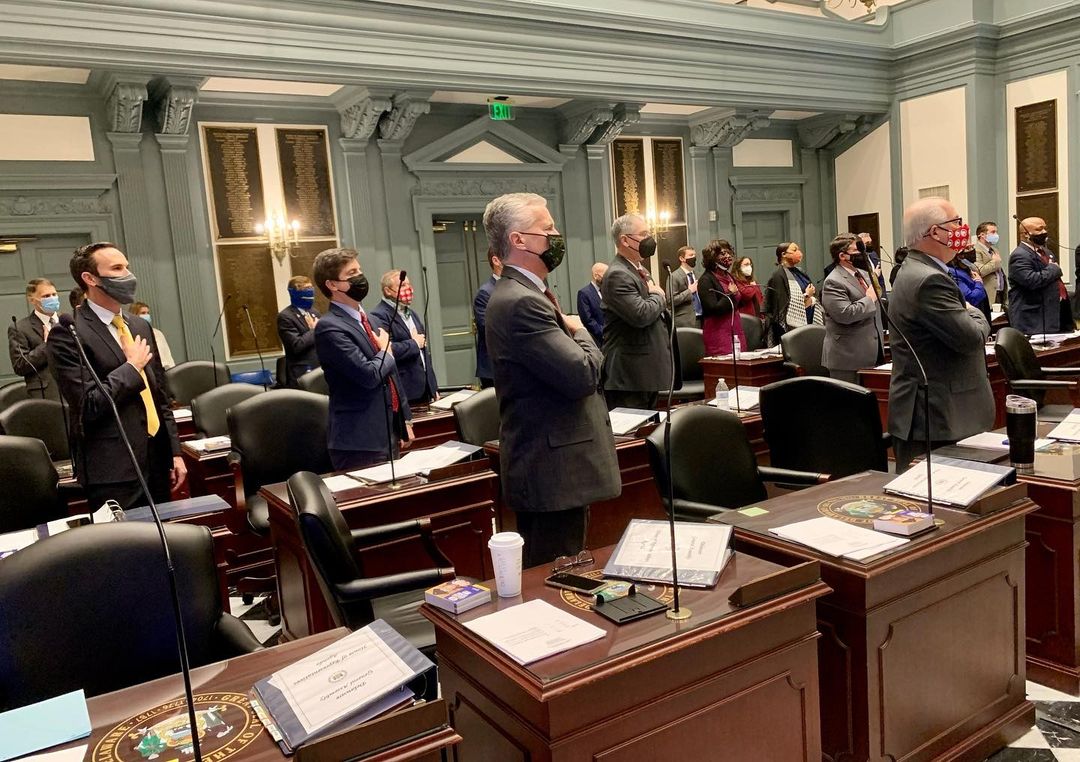 Very rarely does a constitutional amendment get introduced in one week and get passed by the House the next, unanimously. Clearly, House Bill 411, is one of those rare bills. It is a constitutional amendment that will eliminate a provision in the Delaware Constitution that requires that the regular session of the General Assembly begins each calendar year on the second Tuesday in January and closes on the last day of June. However, to preserve its privilege to call itself back into session later in the year if needed, the General Assembly must meet at midnight on June 30 and vote to commence a special session on July 1.

This interpretation of the Constitution has resulted in a longstanding tradition for lawmakers to meet and conduct business into the early hours of the morning on July 1, after working all day and night for days in the final week of the session, sometimes until after dawn. Even during the pandemic, the House and Senate met virtually in brief session shortly before midnight on June 30, entering into special session on July 1.

House Bill 411 would amend the Delaware Constitution to change the time for the end of the legislative session from the last day of June (11:59 p.m. on June 30) to 5 p.m. on June 30. This would enable the House and Senate to reconvene in special session immediately after 5 p.m. (rather than after midnight) and still preserve their privilege to meet later in the year.

The legislative session on June 30 typically sees lawmakers working to tie up loose ends and secure final passage of key bills before the six-month recess. In an even-numbered year, business is fast-paced at the close of session, since legislation that does not pass expires with the convening of a new General Assembly after Election Day.

Constitutional amendments require a 2/3 majority vote in each chamber and must be approved by two consecutive General Assemblies. If HB 411 passes this year, an identical bill must be introduced and passed during the next session of the General Assembly, which runs from 2023-24.

HB 411 has been assigned to the House Administration Committee and is scheduled to be heard on Wednesday.

“For years, we have heard the concerns about these late-night sessions from the public and our fellow legislators alike. While the practice is rooted in the traditions of Legislative Hall, it is far from an ideal way to do the people’s business,” said House Speaker Pete Schwartzkopf, lead sponsor of HB 411. “These marathon session days do not promote transparency in government, and they also result in legislators, staff and members of the public driving home late at night after a very long day, which is just not safe. By changing the time for the end of the regular session, we will be promoting transparency and ending a tradition that no longer makes good sense.”

“This legislation is designed to strike a balance between concluding the final day of legislative session at a reasonable hour while preserving our ability to work overtime on behalf of the people of Delaware if the need arises,” said Senate President Pro Tempore David Sokola. “But, ultimately, my hope is that this constitutional amendment results in far fewer late nights for our staff, legislators, and members of the public whose safety is put at risk when we conclude our deliberations after midnight and send them home in the early morning hours.”

“There is no good purpose served by the General Assembly working legislation late into the night on the last day of the session,” said House Minority Whip Tim Dukes. “This reform is long overdue and I’m glad it appears to have the traction needed to move forward. If successful, it will be a change for the better.”

“Having both chambers end session past midnight on June 30th/July 1st is an archaic practice that is dangerous for the public, staff, and members of the General Assembly,” said Senate Republican Whip Brian Pettyjohn. “The late-night hours hinder transparency and discourage public participation. This common-sense change is long overdue.”