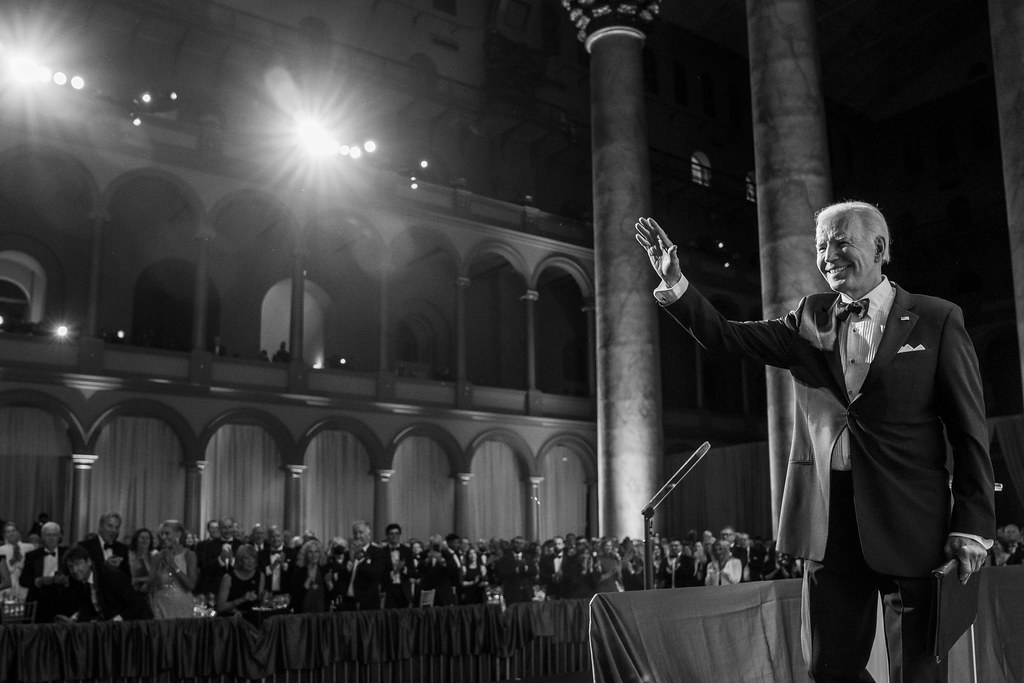 “At every rally, when he makes his entrance, he applauds the audience, at some length, signaling his respect. He’s the only American presidential candidate and president (that I know of) who ever did or does that. He understands how much it is appreciated. And he understands, better than anyone, that he must not, ever, disrespect MAGA nation and all of its component parts. They’re loyal. They’ll forgive him any number of sins. But he must be loyal to them in return.”

“He occasionally slips up. At a rally last year he urged those in attendance to get vaccinated, telling them it was the right thing to do. The audience wasn’t having it. Many among them booed. Trump never raised the subject (at rallies) again.”

“I spent a decade working in counterterrorism. The rhetoric we are seeing from leaders of my party — the Republican Party — is directly fueling violence and a spike in domestic terrorism. This is not a partisan observation. This is a public safety warning.”

“Support for abortion rights has reached a record high, and nearly two-thirds of Americans oppose the U.S. Supreme Court overturning Roe v. Wade, according to a new national NBC News poll conducted after the leak of a draft opinion that would strike down the constitutional right to abortion.”

“What’s more, the survey finds abortion climbing up the list of issues that Americans believe are the most important, and that Democratic interest in the upcoming midterms has increased since earlier this year.”

British military intelligence said that Russia has probably lost around a third of the ground forces it deployed to Ukraine and its offensive in the Donbas region “has lost momentum and fallen significantly behind schedule,” Haaretz reports.

Nebraska Gov. Pete Ricketts (R) declared that he wants his state to pass a law banning all abortion with no exceptions for incest or rape, stating that it’s his “intention” to call a special legislative session to take “further steps” to “protect preborn babies,” the Daily Beast reports.

Said Ricketts: “Those are babies, too. If Roe v. Wade, a horrible constitutional decision, gets overturned by the Supreme Court, which we’re hopeful of, here in Nebraska we’ll take further steps to protect those preborn babies.”

“In Melania Trump’s first interview since leaving the White House, the former first lady hinted that there is a chance she could live there again as former President Donald Trump teases a 2024 reelection bid,” CNN reports.

“President Biden’s legal team is laying the groundwork to defend against an expected onslaught of oversight investigations by congressional Republicans, should they take one or both chambers in the midterm elections — including preparing for the possibility of impeachment as payback for the two impeachments of President Donald Trump,” the New York Times reports.

“As part of those preparations, Mr. Biden and his White House counsel, Dana Remus, have hired Richard Sauber, a longtime white-collar defense lawyer who is now the top lawyer at the Department of Veterans Affairs, to oversee responses to subpoenas and other oversight efforts.”

New York Times: “The magnitude of the country’s loss is nearly impossible to grasp.”

“More Americans have died of Covid-19 than in two decades of car crashes or on battlefields in all of the country’s wars combined.”

“Experts say deaths were all but inevitable from a new virus of such severity and transmissibility. Yet, one million dead is a stunning toll, even for a country the size of the United States, and the true number is almost certainly higher because of undercounting.”

“It is the result of many factors, including elected officials who played down the threat posed by the coronavirus and resisted safety measures; a decentralized, overburdened health care system that struggled with testing, tracing and treatment; and lower vaccination and booster rates than other rich countries, partly the result of widespread mistrust and resistance fanned by right-wing media and politicians.”

“Thousands of abortion rights supporters rallied across the United States on Saturday, angered by the prospect that the Supreme Court may soon overturn the landmark Roe v. Wade decision that legalized abortion nationwide a half century ago,” Reuters reports.

“The protests kicked off what organizers predict will be a ‘summer of rage’ ignited by the May 2 disclosure of a draft opinion showing the court’s conservative majority ready to reverse the 1973 ruling that established a woman’s constitutional right to terminate her pregnancy.”

Rep. Marjorie Taylor Greene (R-GA) was recorded on a voice mail accusing a constituent, a lifelong Republican in her 70s, of spreading vicious lies, the Washington Examiner reports.

Said Greene, on the recording: “This is Marjorie Greene. It’s been brought to my attention that you are sharing some lies about me that are being spread by one of the head leaders of antifa, someone that you wouldn’t, huh, want to be involved with or know anything about.”

“Ryan Zinke, the former Trump Interior secretary now running for Congress again in Montana, has long faced questions about whether he lives in the state or in California,” Politico reports.

“Now, new tax records… show that Zinke’s wife has designated the home she inherited years ago from her parents in Santa Barbara as her primary residence, as he wages a comeback campaign a thousand-plus miles north and east.”

“When Zinke filed his candidacy papers with the Federal Election Commission, he listed his family house in Whitefish, Montana, as his place of residence. But he and his wife have used Lola Zinke’s home in Santa Barbara as a mailing address for fundraising invitations, Lola’s own campaign contributions and a business contract his consulting firm filed with the Securities and Exchange Commission.”