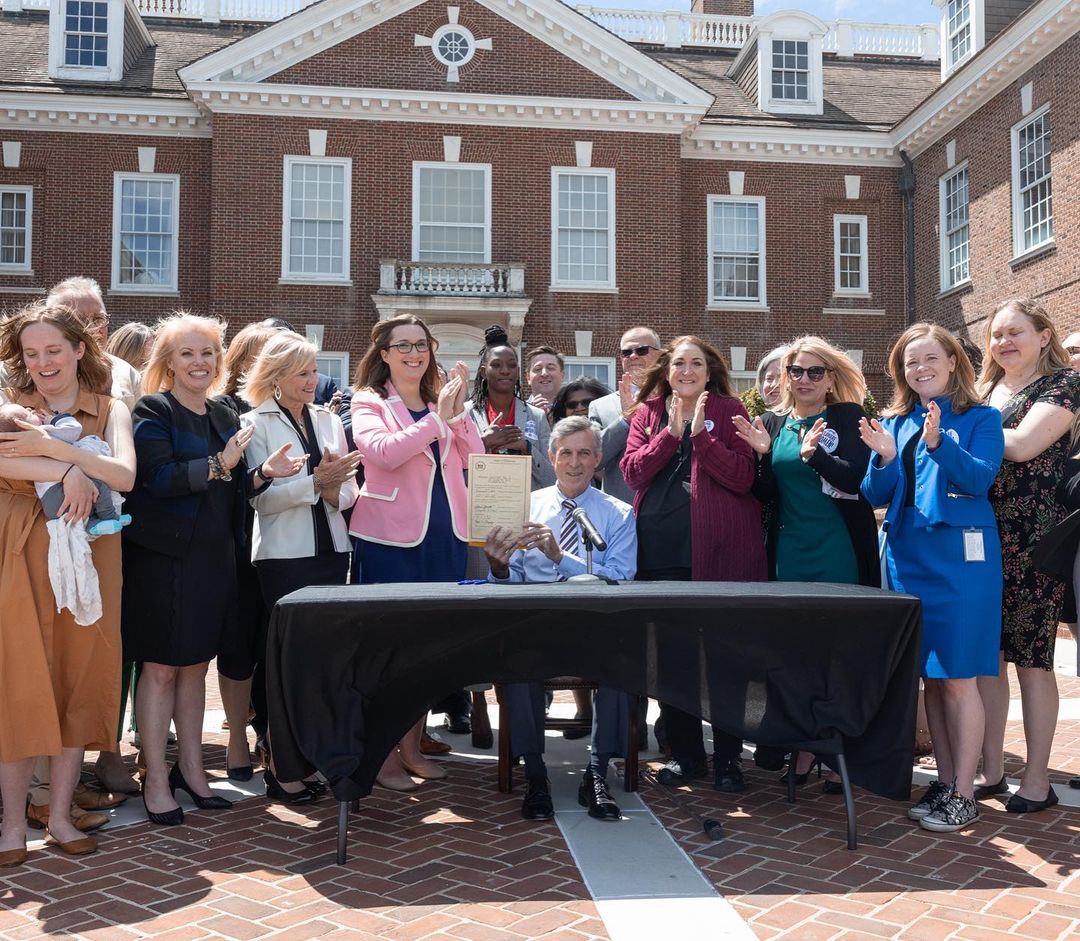 With the Governor’s signature, Delaware has become the 11th state to enact a paid family & medical leave program. What follows is the live stream of the signing ceremony from last week and the remarks delivered by Liz Richards, the Director of the Delaware Cares Coalition.

It is an honor to be here today. Thank you Governor Carney for your leadership bringing us to this historic moment. Thank you to Representative Heffernan, Leader Longhurst, Leader Townsend and every member of the General Assembly who voted for Senate Bill 1. And thank you to Senator McBride, who as many have noted dedicated countless hours to making sure the Healthy Delaware Families Act became law.

My name is Liz Richards, and I am the director of the Delaware Cares Coalition. A little over a year ago, organizations from the health, faith, labor, and business community across our state joined together because they believed in one simple idea: That in life’s most challenging moments and most joyful, no one should be forced to choose between their job and their family.

This day is historic, but it was not guaranteed. We had to fight for it. Because as the world has changed, too often we have failed to change with it. And too often the burdens of that changing world have fallen to the most vuln erable among us. People struggling through illness. Caregivers forced out of a job they love, or away from a loved one who needs them. Parents who returned to work just a couple weeks after giving birth – mothers who put their bodies on the line – because they had no paid family & medical leave.

I now look at my daughter Josephine – born a little over 5 weeks ago – and I am profoundly moved by what this bill will mean to those parents and to every child born in Delaware in the years to come. What makes today’s victory so sweet to me is not just that paid leave is smart policy, or the right thing to do.

What makes it so sweet is that the people who shouldered the burdens of an unfair status quo – caregivers, women, working people, people of color, survivors, healthcare workers, people with disabilities and so many more – were the ones who delivered this victory for all Delawareans. Because of you – and because of the lawmakers here today who LISTENED and led alongside you – today we are rising to build a new future for our families. Thank you again to all the leaders and lawmakers here today who showed the nation that Delaware cares.